What better for Mother's Day than a bottle of 'Mother's Ruin'? We've selected some of the finest gins on the market which are sure to give your long-suffering parent a treat.

A gin to… make you smile, for a long time

There is a down-side, believe it or not, to testing out gin. Not much of a downside, we’ll grant you, but one nevertheless: quite often we’ll be delighted by the flavour of a new gin, only to discover that it costs enough per bottle to fill a small car with petrol.

In this case, however, we’re very happy to report that Gordon’s new Sicilian Lemon Gin is absolutely the best new gin we’ve tasted in many months, and also among the cheapest. Apparently the recipe is one that Alexander Gordon himself used back in the 1930s. Clearly it must have been adapted to make it suitable for the company’s now-vast distillation factories, but my goodness they’ve done a good job. Just brilliantly balanced between sweet, sour and bitter, with just the right amount of lemon — it’s pretty much a perfect G&T gin.

Gordon’s Sicilian Lemon Gin, around £16.60 — in supermarkets at the moment, or on sale via Amazon

A gin to… make you feel good about doing your bit

If getting a great gin at a great price, as in the case of the Gordon’s above, is win-win, then so is getting a great gin while helping protect our feathered friends. We’ll be honest: we didn’t have enormously high hopes for The RSPB’s Secret Garden Gin, distilled just outside Edinburgh. But we were wrong: it’s truly superb. We wouldn’t be writing about it otherwise.

A gin to… remind you of Paddington Bear

Marmalade gins are not a new gin — the punchy-tasting Aber Falls marmalade gin has had our thumbs-up before now — but never have we had one which channels the spirit of a slice of marmalade on toast quite so accurately as this one from Slingsby’s of Harrogate. With that in mind, this won’t be for everyone: it’s a proper, old-school bitter marmalade of the type that my mother used to make. But if that’s your thing, you’ll absolutely love it.

If there’s one thing that the gin revolution has blessed us with, it’s the fantastic quality of London Drys which are being produced outside the city limits. One such offering is Jawbox, a no-nonsense Belfast gin with heather notes that liven the tastebuds. This is a gin which will be delicious no matter what tonic water it is served with (even own brand supermarket stuff – no, really), although we recommend a good old Schweppes and a slice of squeezed lime served over ice. Pure, simple, unbeatable.

The Brewdog company have made millions with their punchy, confident range of beers. Now, they’re trying to crack the spirits market too, and LoneWolf Cloudy Lemon gin is an out-and-out assault on the senses — including your sight, as you’ll notice from the label. It’s powerfully-flavoured almost to a fault, in fact: this is a seriously lemony drink, so be warned. When mixed as a G&T ended up tasting more like a Bacardi Breezer or that Hooper’s Hooch stuff which we all chugged by the crate back in the 1990s. If aTom Collins is your particular poison, however, you’ll struggle to find a better option.

A gin to… keep your taste buds guessing 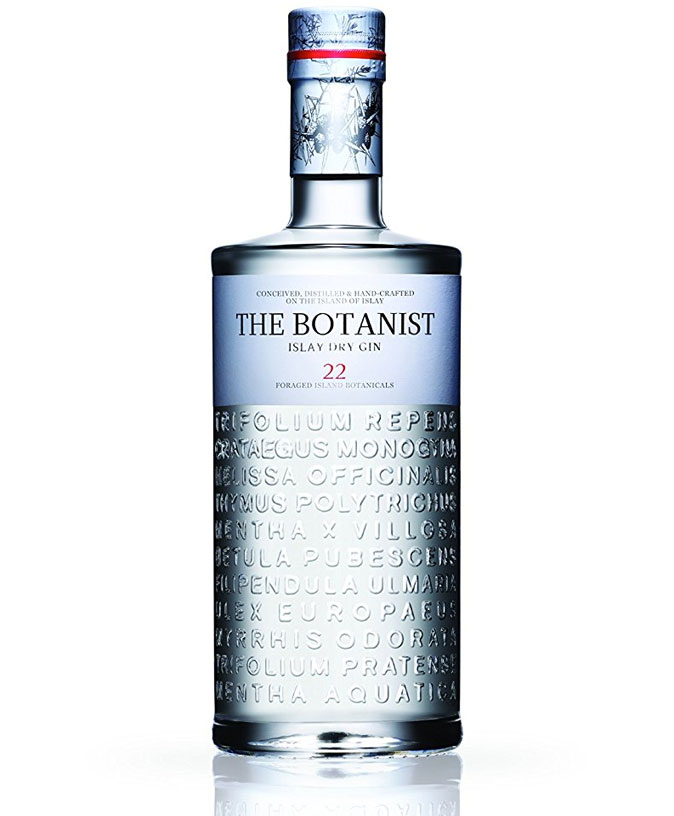 Having made a huge splash in the world of single malt whisky, the Bruichladdich Distillery turned their hand to gin for this now-well-known drink. The Botanist. Gin-lovers will probably have tried this already and know if they like it; if you haven’t, it’s bold and different, with notes of apple, coriander, citrus peel, honey, coconut and wild mint. It’s also ferociously strong (46%) so needs mixing with care.

A gin to… make you think of spring meadows

Adding an overt flavour to a gin can be a tricky business. Some, such as Whitley Neil’s rhubarb and ginger gin, get it just right. Others fall foul – Heston Blumenthal’s Cirus Sherbet Gin, for example, left many people underwhelmed. Warner’s (formerly Warner Edwards) have nailed it with their Elderflower Gin. Made in Harrington, Northamptonshire, they use their own natural springs and ingredients from local hedgerows and their own botanical garden. Absolutely delicious. 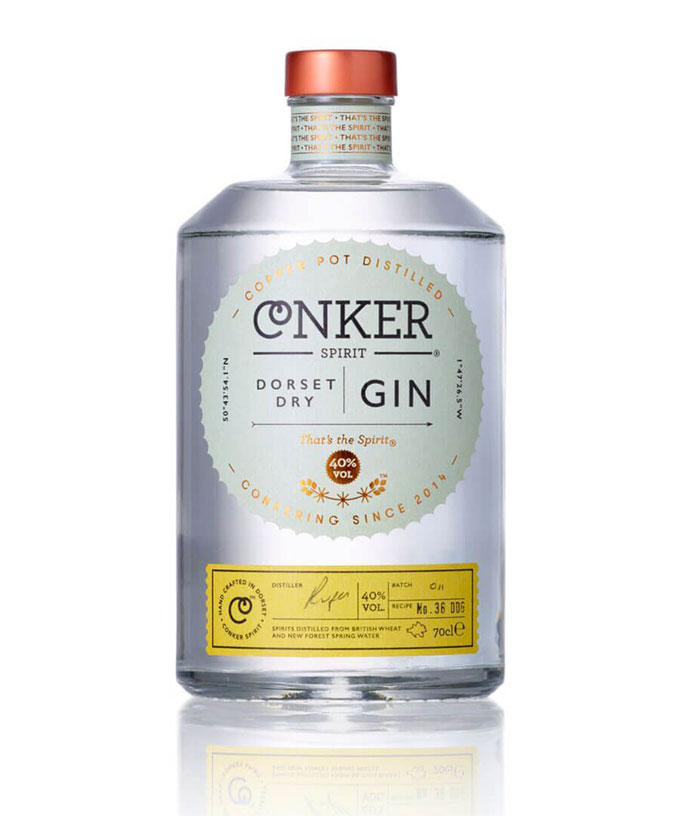 Conker Gin, with it’s marvellously distinctive bottle, is distilled in the New Forest with a range of ingredients that include gorse flowers, samphire and elderberries. If you’ve not tried it yet you really ought to, as it’s a fabulously well-balanced drink. (Indeed, the mother of one of our testers admits it’s her favourite and insists on having a bottle in the house at all times.) That cute bottle is both a plus and a minus, however: pretty it might be, but we have found it decidedly awkward to pour from.

A Scottish drink, Carounn Gin is made in small batches at a distillery in the Highlands, intrigued us with its somewhat outlandish list of ingredients – or ‘botanicals’, as gin-makers insist on calling them. Dandelion, heather, ‘coul bush apple’ (whatever that is), bog myrtle (not sure how that differs from common-or-garden myrtle) and rowan berries. But it’s far from a gimmick: the combination of flavours is smooth, fruity and refreshing, and the fact that this is perhaps the prettiest bottle on this page makes it a particularly good present. 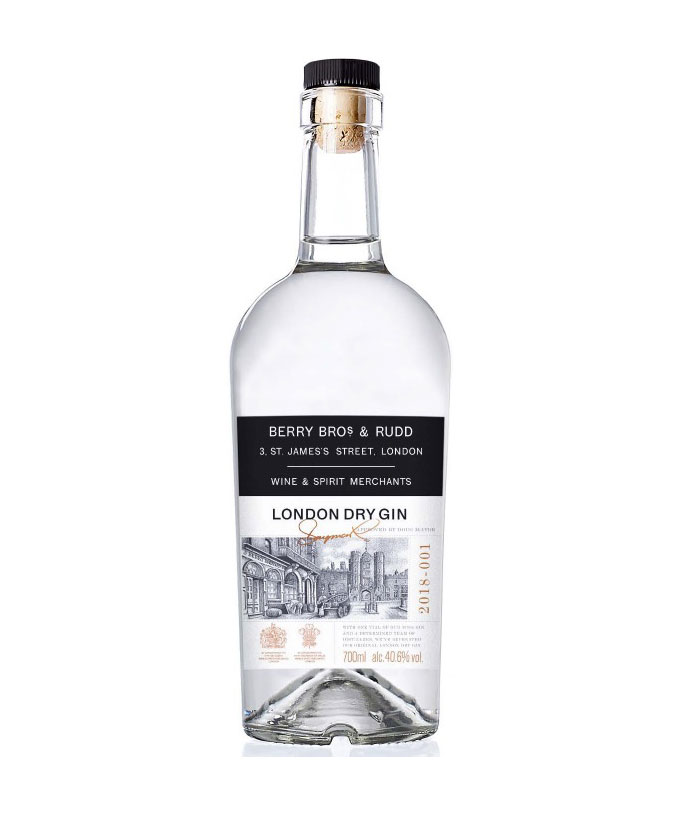 You read the name correctly: Britain’s most famous wine merchant has made their own gin. It’s not a case of bandwagon-jumping from Berry Bros & Rudd, however – more a case of jumping back on the bandwagon, as this is an early 20th century recipe that has been resurrected from a single remaining sample bottle from the 1950s. The science of how that recreation happened is fascinating; the result is a super quality London dry gin, not unlike a Gordon’s in that it’s a clean, unfussy and straightforward drink. Excellent stuff.

Father's Day is coming up on June 17 – and if you're looking for a gift for a whisky-loving dad, we've

In his final column, our outgoing wine columnist Harry Eyres celebrates the romance and splendour of national wine scene — and

There is quality to be found at remarkably reasonable prices, discovers Harry Eyres