The name 'Lower Court Farmhouse and Estate' underplays what is for sale in this extraordinary piece of land in a prime Cotswolds location, which offers as great an opportunity as Penny Churchill can remember.

Mark McAndrew of Strutt & Parker doesn’t comment on the £20 million asking price of the Lower Court estate at Chadlington in West Oxfordshire, four miles south of Chipping Norton, except to say: ‘It’s the Cotswolds.’

This isn’t any old part of the Cotswolds. With Daylesford Farm Shop five miles to the west and Soho Farmhouse at Great Tew eight miles to the north, Chipping Norton has become the epicentre of an area of unspoilt countryside much favoured by the Notting Hill set and prime country properties are priced accordingly. 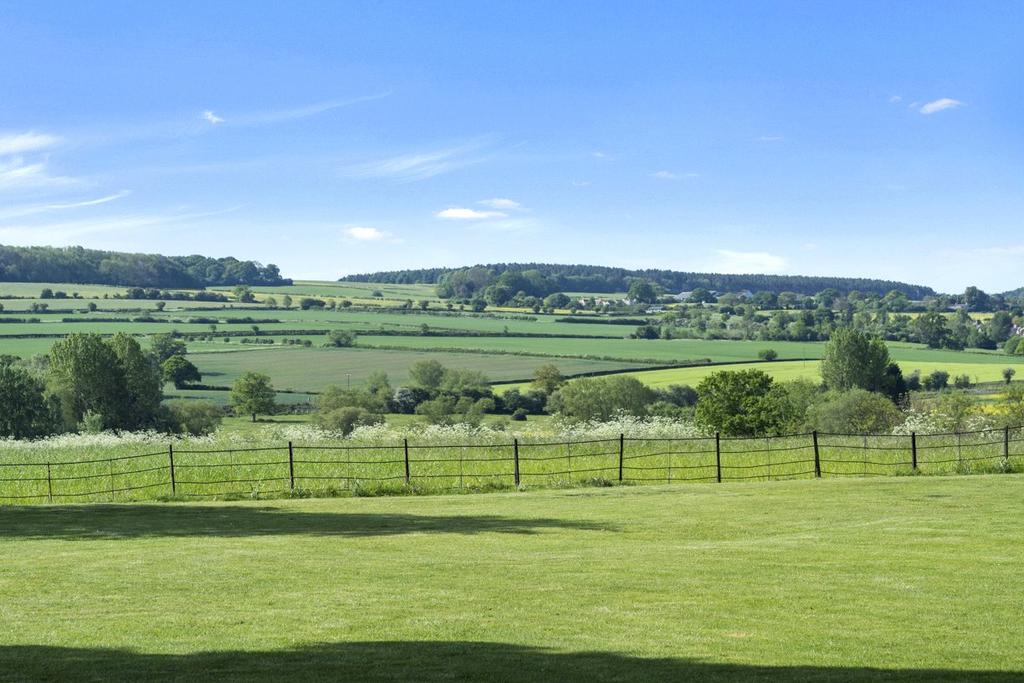 Timeless Lower Court, although beautifully farmed, isn’t just any old farming estate. Bought by a Cornish family in the 1920s and held in a family trust, the estate, including its Grade II*-listed former manor house and several cottages, has been tenanted in recent years and is now ripe for renovation.

Launched on the market last month, it has attracted potential purchasers not only from London, but also from further afield. Such has been the level of interest that Mr McAndrew expects to close the book on the sale within the next few weeks.

A first-rate working farm, Lower Court is being offered either as a whole, or in 10 individual lots, some or all of which could be combined in as many as four separate restoration projects. 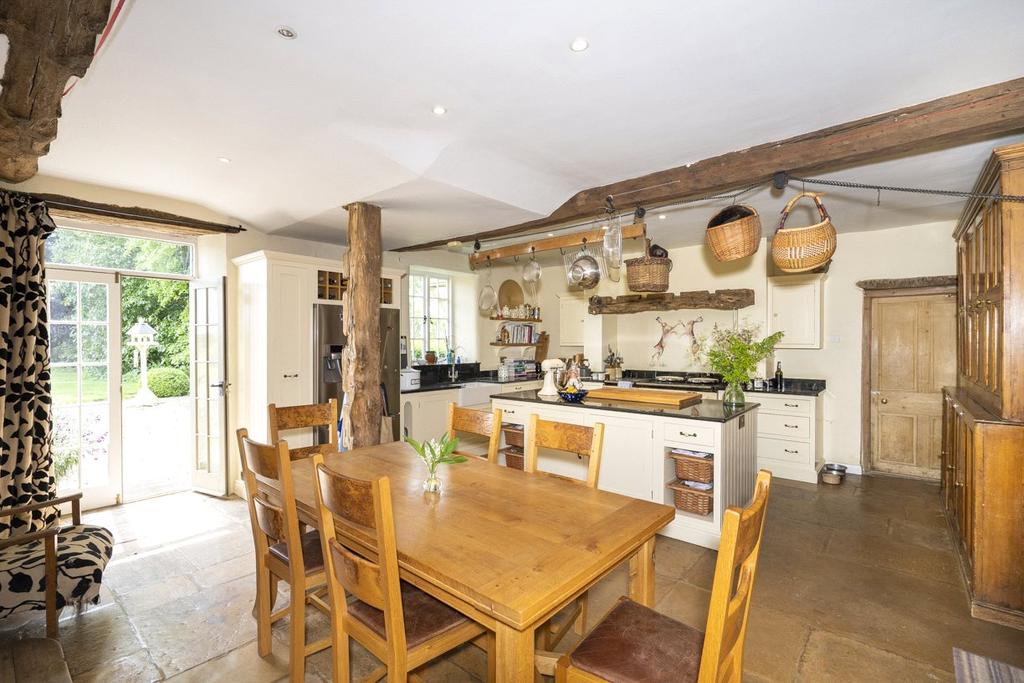 The ancient village of Chadlington, which dates from Saxon times, lies on the northern slopes of the fertile Evenlode Valley, between Chipping Norton to the north and Wychwood Forest and Charlbury to the south. The Evenlode rises near Moreton-in-Marsh, Gloucestershire, and flows south-east for 45 miles before joining the Thames at Eynsham Lock in Oxfordshire.

The village meanders through five distinct neighbourhoods — Brookend, Eastend, Greenend, Millend and Westend — some of which are almost separate hamlets and at its heart is the exquisite St Nicholas Church, built in 1100.

The agents quote a guide price of £9m for lot 1, comprising Grade II*-listed Lower Court Farmhouse — the former manor house of Chadlington West — with its traditional stone courtyard, modern farm buildings and a block of arable farming, pasture and woodland, comprising some 150 acres in all. 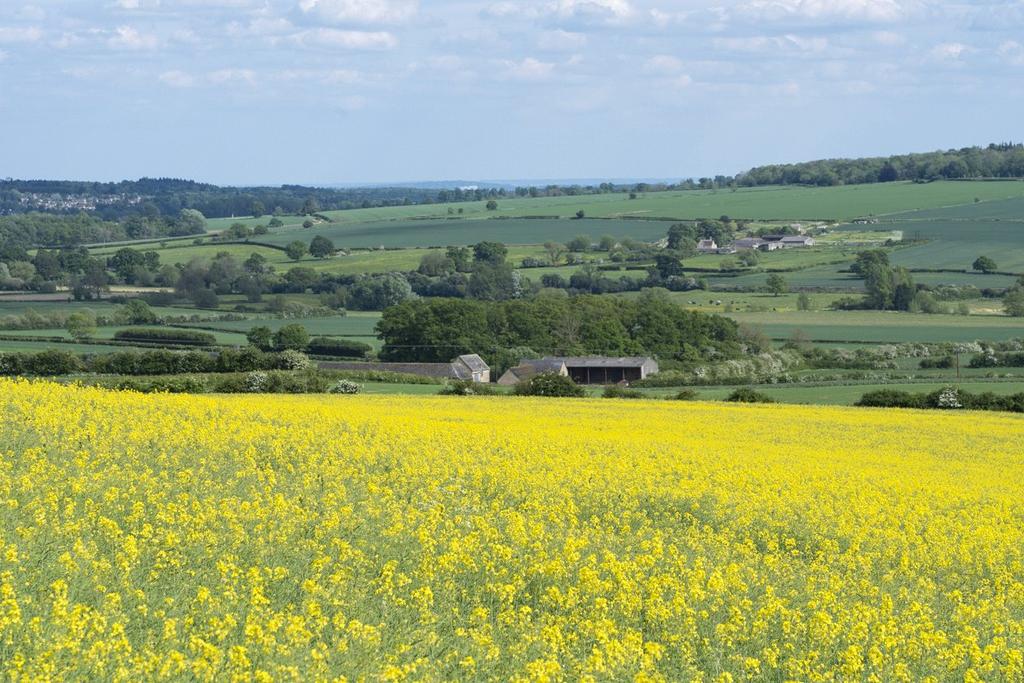 According to its listing, the manor house was built in about 1700 for Sir William Osbaldeston, 4th Baronet Osbaldeston of Chadlington, who was High Sheriff of Oxfordshire in 1710 and died in 1739 (the title became extinct with the death of Sir Charles Osbaldeston, 5th Baronet, in 1749).

The house was altered in the late 1700s, possibly by the Baynton family (Stukeley Baynton was High Sheriff of the county in 1768) and remodelled in the 19th century. Thereafter, it became a farmhouse and was lived in mainly by tenants, during which time it saw little investment, although it was well maintained. 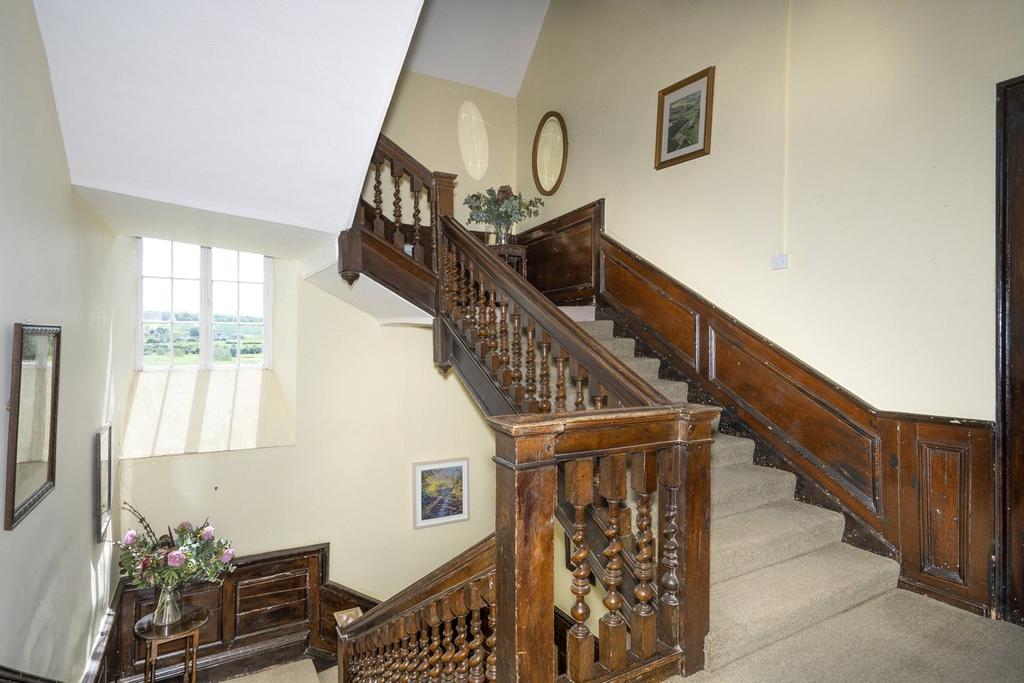 The house retains some fine original elements, including an oak open-well staircase, marble mantelpieces, tall sash windows and chimneypieces and an ornate Rococo ceiling in the rear drawing room.

It currently offers 5,856sq ft of living space on three floors, including three main reception rooms, a study, a kitchen/breakfast room with a one-bedroom flat above, three bedrooms and a bathroom on the first floor and a further bedroom and bathroom, plus three unused attic rooms on the second floor. 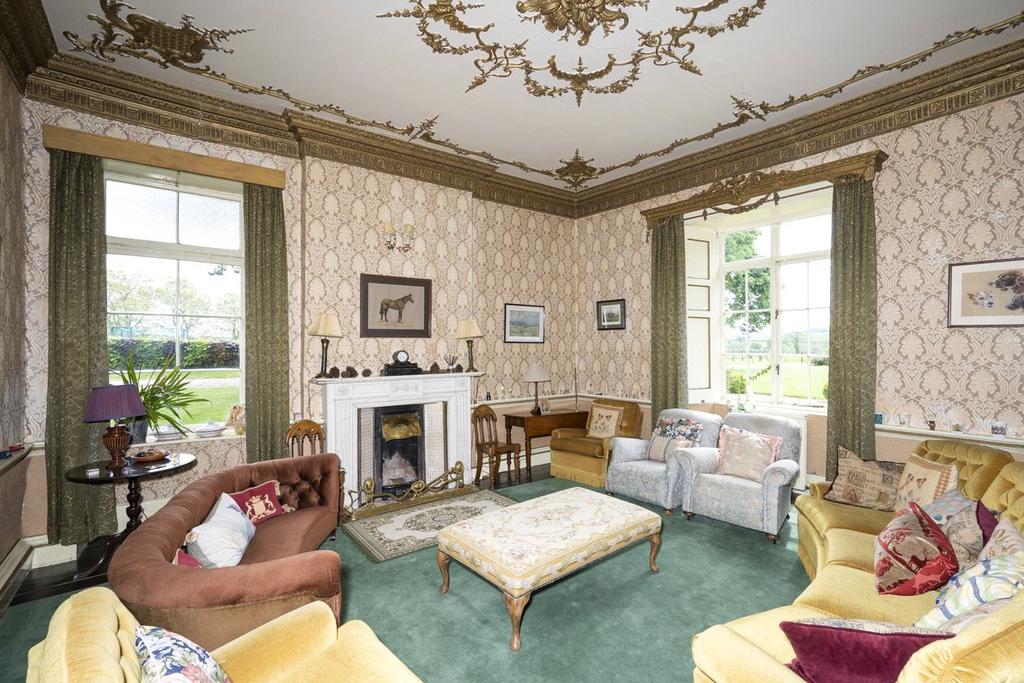 The house enjoys a protected farmland setting, with glorious views down the valley to the river, which forms the estate’s southern boundary. Although no planning consent exists as yet, a well-thought-out scheme incorporating the redundant barn attached to the west side of the house, and possibly the traditional farm buildings that guard it to the north, could create, it’s suggested, ‘a wonderful and important country house’. 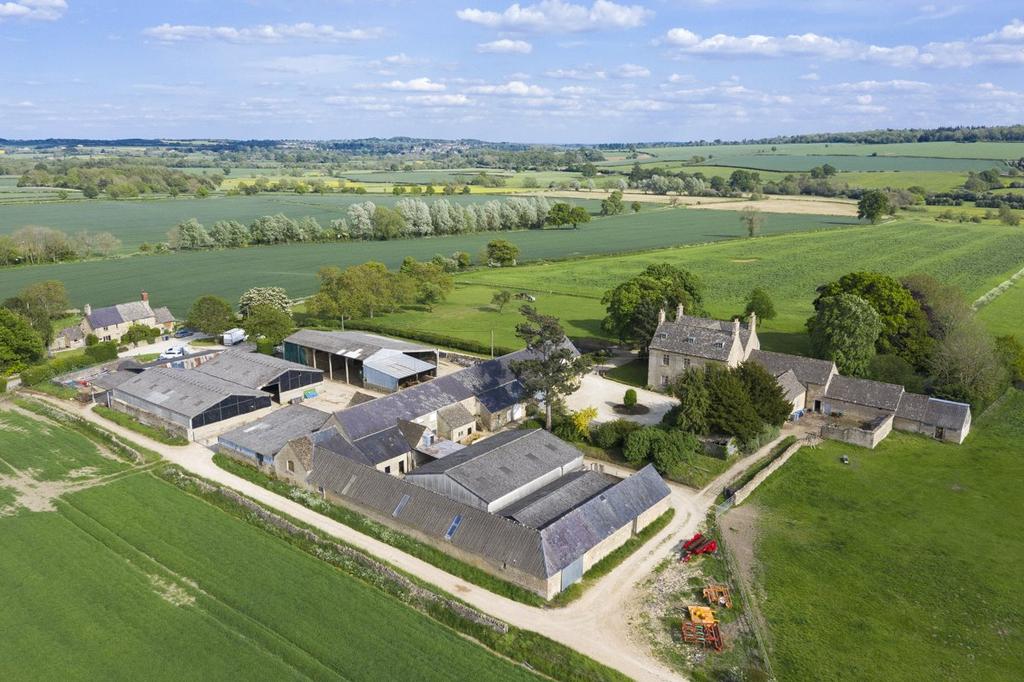 A guide price of £5.5m is quoted for lot 2, the picturesque Barter’s Hill farmstead, comprising two unoccupied semi-detached cottages and a large range of traditional stone farm buildings with significant potential for conversion, the whole set in some 137 acres of arable land.

Originally a working dairy farm, the charming farmstead is located down a long private driveway off the Greenend Road. 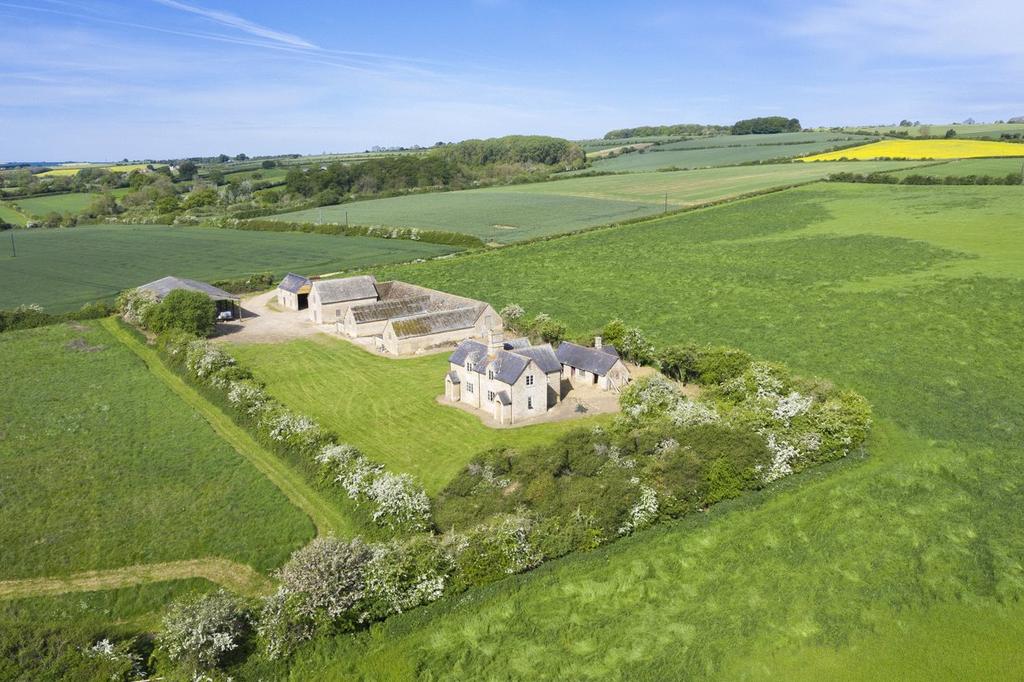 Lots 3 and 4 include the buildings at Barter’s Hill, along with 95 acres of land, plus a further 127 acres of arable land north of Greenend Road that includes a small former stone quarry.

The remaining lots comprise five estate cottages — three terraced and two semi-detached. Lot 10 is a paddock with former allotments and an old gardener’s shed on the edge of the village, for which planning consent for conversion is considered unlikely. 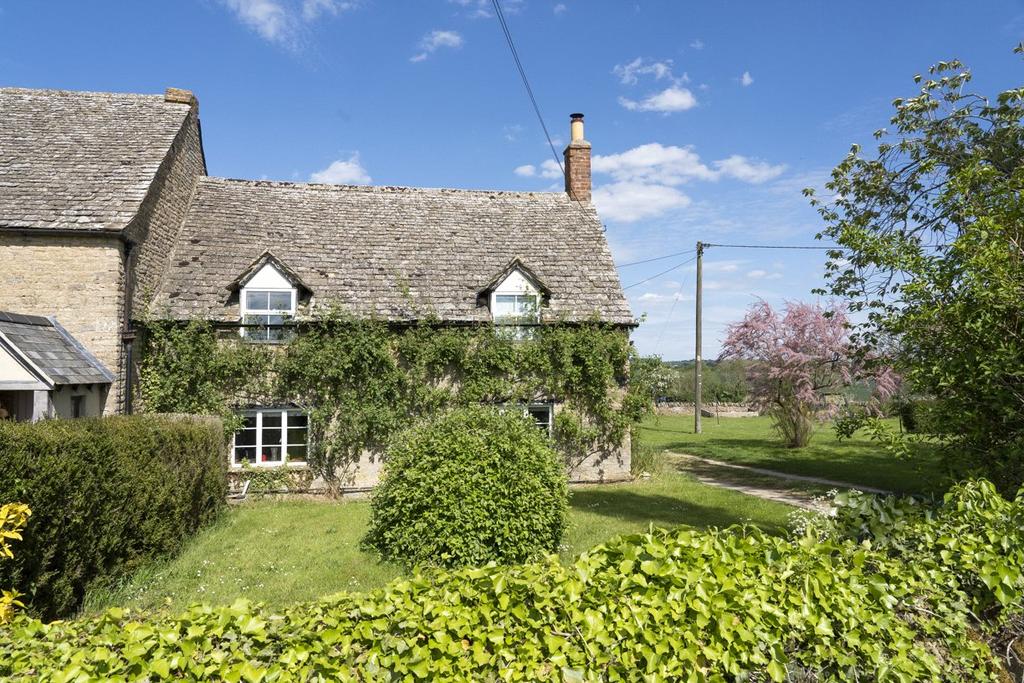 It all adds up to a property-and-investment portfolio the like of which may never be seen again in this coveted part of the Cotswolds.

Lower Court Farmhouse and Estate is for sale at £20m for the whole via Strutt & Parker, but can be split into 10 lots — see more pictures and details.

Much ado about Great Tew.

Giles Kime makes a bold prediction as he perceives a new wind blowing through the world of interiors.