The 90's were a time of questionable style, but luckily for this property, it has emerged from the decade unscathed.

Built in the late 90’s, The Garden House is a stunning feat of architectural style which transcends time. Currently on the market via Knight Frank at a guide price of £1.5 million, the house — as the name would suggest — is set in the grounds of the former walled kitchen garden of Flore House.

Built by architect Tad Dobraszczyk in the style of an 18th century coach house, the stunning property features brick arches over double French doors and windows, which face both north and south and help to flood the property with natural light throughout the day. 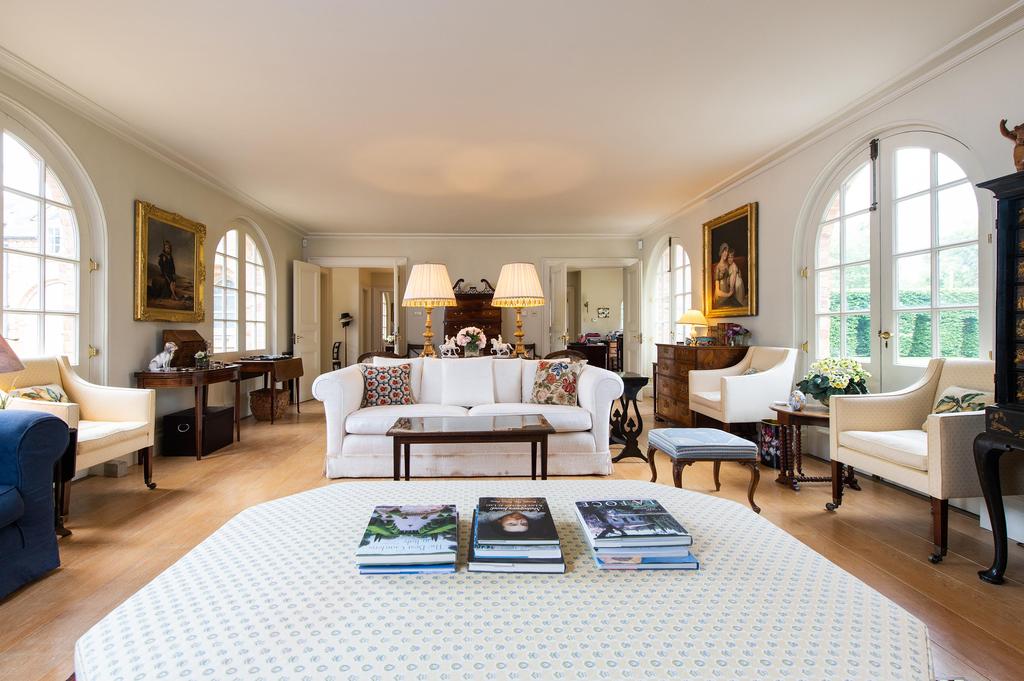 The façade is an aesthetically pleasing display of balance between doors and windows — and it doesn’t stop there.

Inside, the almost 30ft drawing room takes centre stage and is a real show-stopper. With large windows flanked on either wall and a Louis XVI marble mantlepiece siting over a slate hearth, this really is the heart of the home. 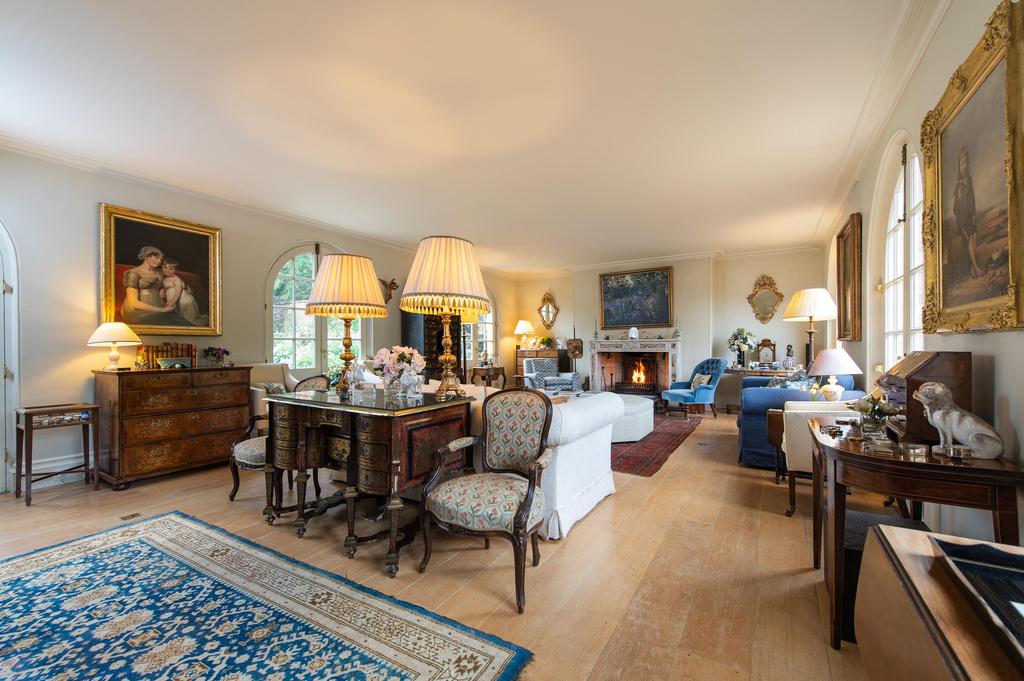 Double doors lead from the drawing room into the study, which benefits from fantastic views out into the garden and across the central water feature. 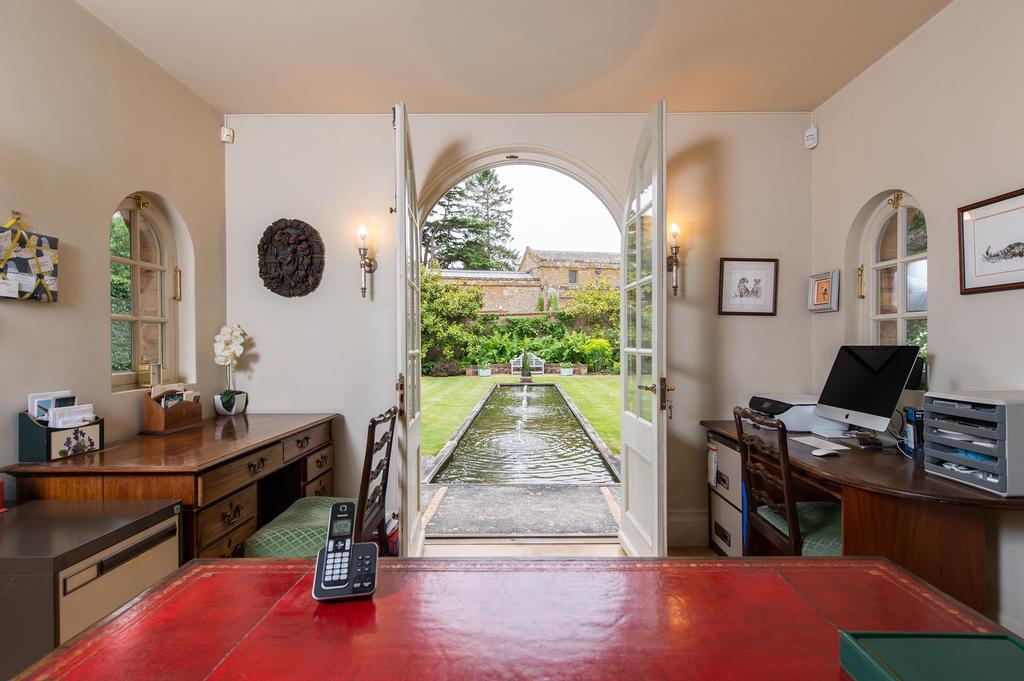 The flow throughout the downstairs space is heightened thanks to interlinking doors between each room, as well as access via the main reception hall.

A dining and sitting room (with a nineteenth century French pine and gesso fireplace) precede the kitchen/breakfast room and utility.

Access upstairs is via a curved, cantilevered Portland stone staircase with an elegant brass and cast iron bannisters. The landing above has natural light, courtesy of a domed cupola above — a touch of elegance and grandeur.

Upstairs are five bedrooms, including the principal suite which features — you guessed it — dual aspect windows, a dressing room and en suite. Two of the remaining bedrooms have en suites and a family style bathroom serves the middle bedrooms.

Completing the accommodation is an internal one bed flat, with a kitchen and sitting room.

Outside the parish church is the backdrop to the garden which frames the immaculate grounds beautifully. 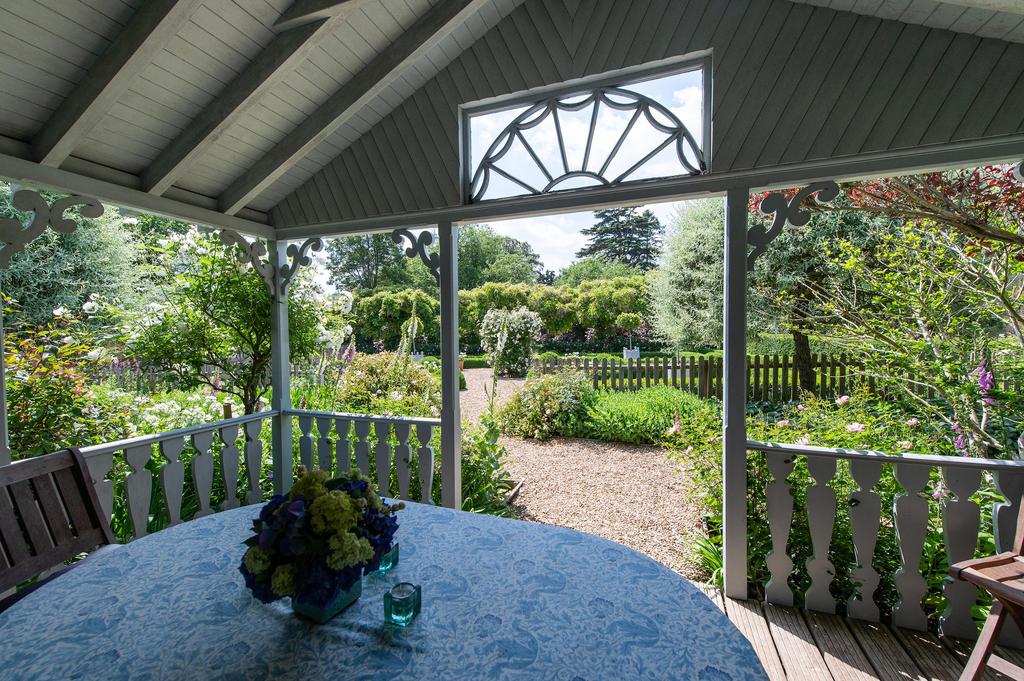 The Garden House is currently on the market via Knight Frank at a guide price of £1.5 million — see more pictures, or enquire with the agent for further details.

Flore: What you need to know

Atmosphere: The small village is well equipped with local amenities and is home to a church and chapel, a pub, post office, farm shop and primary school.

Things to do: There are a number of golf courses in the area, plus further shopping and amenities in Daventry and Northampton. For even more choice, head to Milton Keynes, which is home to Europe’s largest covered shopping centre. There are race courses in Towcester and Warwick, plus sailing and fishing opportunities at Draycote Water.

Schools: Flore Church of England Primary School is the local primary, and Campion School and Bugbrooke are within the local catchment area. There are also a number of private schools, including Spratton Hall, Bilton Grange and Maidwell Prep Schools, Stowe, Rugby and Oundle School. Northampton High School for Boys and Girls is also nearby.