We tend to think of Gothic features as the preserve of churches and ancient piles, but that's not always the case.

The Coach House, near Courtwick Park on the outskirts of Littlehampton, is something of a rarity. It’s a three-bedroom family home which, on paper, sounds decidedly normal — yet in reality is anything but.

At just over 1,400 sq ft, with three bedrooms, a kitchen/breakfast room and drawing/dining room it sounds like it ought to be a standard house — instead, it’s one with all manner of Gothic touches, decorative flair and wonderful, secluded garden. It’s for sale via Jackson-Stops at £675,000.

The agents note that the house is built in the ‘Strawberry Hill Gothic’ style, a term for buildings inspired by the 18th century construction of Strawberry Hill House in Twickenham. Yet that’s not the whole story: the distinctive knapped flint walls are very different to the white walls of Strawberry Hill, but entirely characteristic of this part of Sussex. They’re seen in dozens of the buildings on the nearby Goodwood Estate, where French POWs captured during the Napoleonic wars were often the labour force.

The result is a genuinely unique home that blends homely charm with all sorts of Gothic touches, in particular with the windows — many constructed with pointed arches, and some that are even  quatrefoil windows.

The owners over the years have doubled down on the striking architecture with the features and fittings currently in place.

There are exposed beams and stonework, a four-poster bed, a spiral staircase and a reclaimed Gothic arch used as one of the grandest chimneypieces we’ve seen in some time — and certainly the most exotic we’ve ever seen in a three-bedroom house. It’s worth noting that not all the fixtures and fittings are included, with some by separate negotiation — any buyer would need to check the details with the agent.

Outside, the mature, walled garden is a real selling point, as is the quiet location along its own driveway. 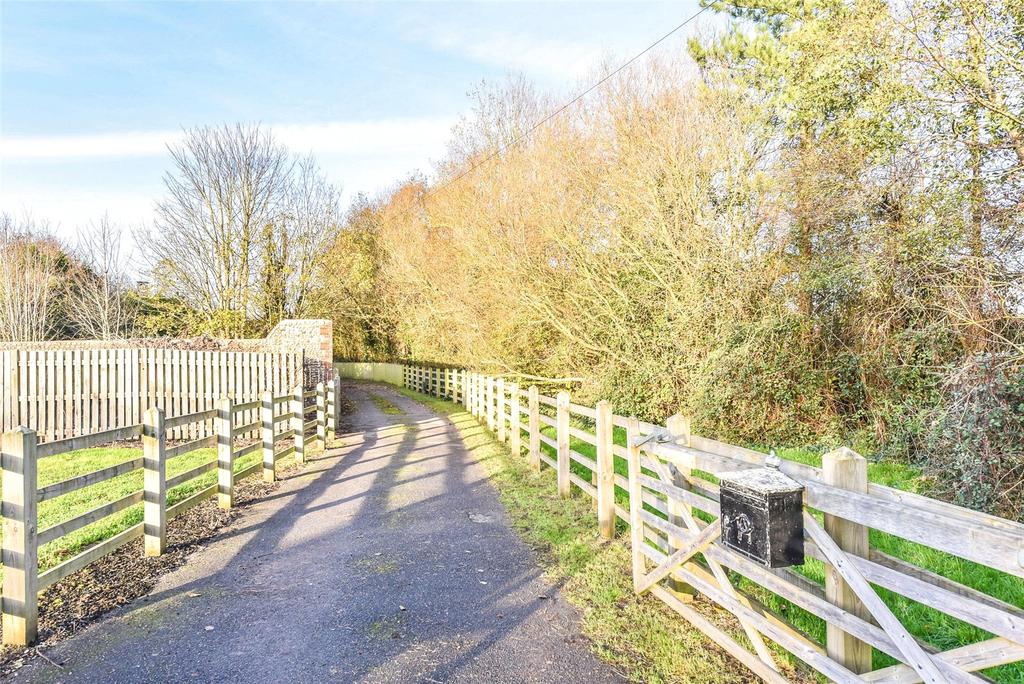 There is plenty of off-road parking space as well as two garages.

Littlehampton is an ideal spot for outdoorsy types — there’s a marina and a golf course (one of the few true links courses on the south coast), while the South Downs are essentially on the doorstep. The house is away from the town centre, but both that and part-sandy beach are within walking distance.

The Coach House, Littlehampton, is for sale at £675,000 via Jackson-Stops — see more pictures and details.