An opportunity has come up to buy Little Haugh Hall, a magnificent property near Bury St Edmunds that has a helipad and a hangar as well as a colourful history.

For sale through Strutt & Parker at a guide price of £6.35 million, handsome, Grade II*-listed Little Haugh Hall sits in some 60 acres of formal gardens, park-land and woodland at the heart of a picturesque 162-acre estate near the village of Norton, nine miles east of Bury St Edmunds and 22 from Newmarket.

Cited by Giles Allen of Strutt & Parker as ‘a rare example for East Anglia — where most houses are timber-framed — of a proper Georgian country house with high ceilings and well-proportioned rooms’, the present early- and late-Georgian Little Haugh Hall boasts a magnificent interior that, according to Pevsner, ‘reveals itself to be the finest of that date in the county’.

Records go back to 1212 when King John gave the estate to Reginald de Dammartin. It was later held as part of the lands of the Abbey of Ixworth before being acquired, in the late 1600s, by Thomas Macro, a prosperous grocer, apothecary and five-time chief magistrate of Bury St Edmunds, who lived and made his fortune in the ancient house in Bury’s Meat Market known as Cupola House.

He bought the estate of Little Haugh with its Tudor or Jacobean house as a country retreat, which later passed to his eldest surviving son, the antiquary Cox Macro.

According to an article in Country Life (June 5, 1958) by East Anglian historian Norman Scarfe, Cox Macro’s father’s fortune enabled him to live the ‘long un-robust life of a dilettante’: he was a scholar, a doctor of divinity at Cambridge and an avid collector of antiquities, manuscripts and paintings. 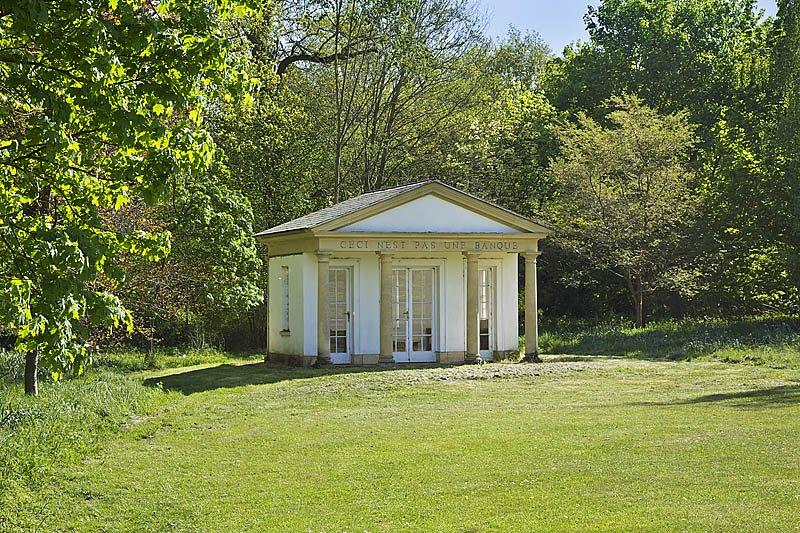 In the 1730s and ’40s, he rebuilt the original Tudor house, adding ‘a hall, staircase and landing, and two rooms leading off them, one above the other, all now embedded in a house of a century later’.

That was when Peter Huddleston remodelled the Hall, removing the top floor and changing the main eastern façade from red brick to the white stucco favoured in the Georgian period, which survives today.

Cox Macro’s interior, beautifully restored by Little Haugh’s current owner, who bought the estate in the late 1990s, is indeed special, with intricate carving possibly by Thomas Ross and plasterwork probably by James Burrough. The entrance hall and staircase are particularly fine.

Over the fireplace and above doors are paintings by the artist Peter Tillemans of Antwerp, who lived at the Hall for 20 years and died there in 1734. A picture of the house by him hangs in the drawing room today.

The ceiling and dome to the staircase were painted in 1743 by Francis Hayman, a founding member of the Royal Academy. Macro was also responsible for planting the parkland.

During the tenure of the present owner, Little Haugh Hall has been substantially reconfigured, modernised and equipped with a fully integrated digital audio and communications system. 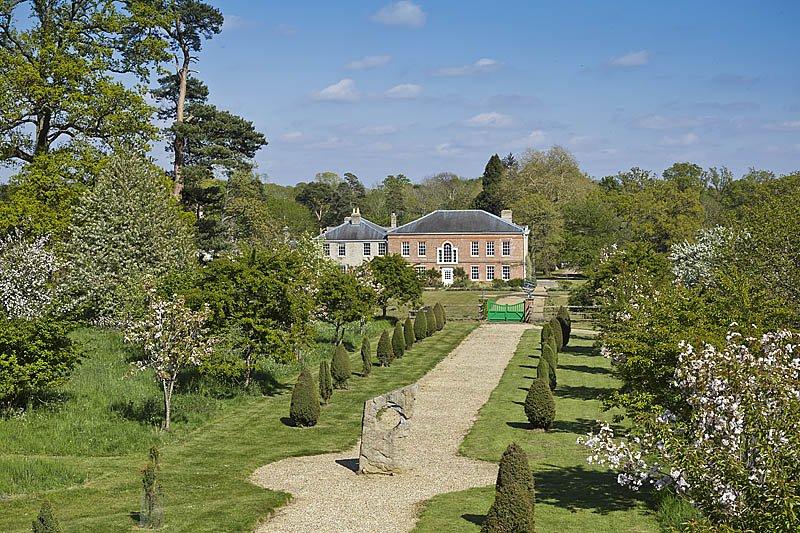 Ancillary buildings include former stables converted into entertaining rooms for shoot lunches or corporate events; a four-bedroom lodge cottage; and a traditional flint barn with planning consent for conversion to residential use. 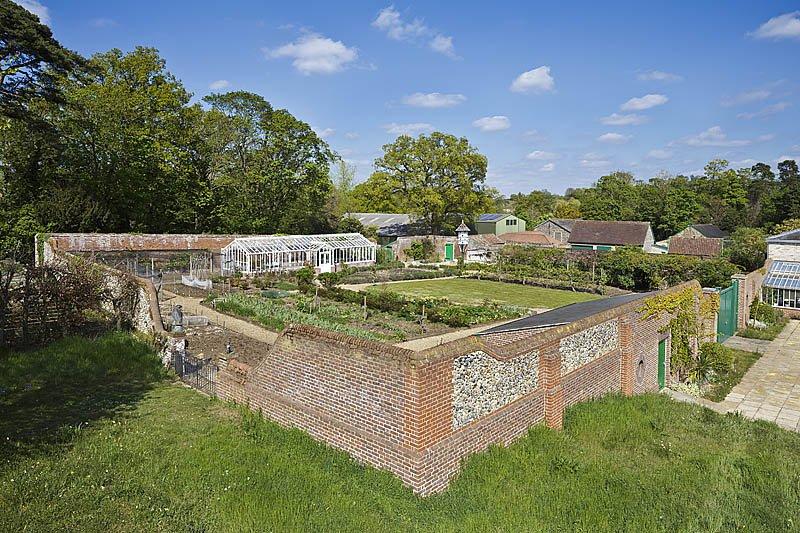 Consent also exists to develop 10 holiday lodges on conservation land on the north-eastern fringes of the estate — a tranquil area of lakes, woodland and pasture. 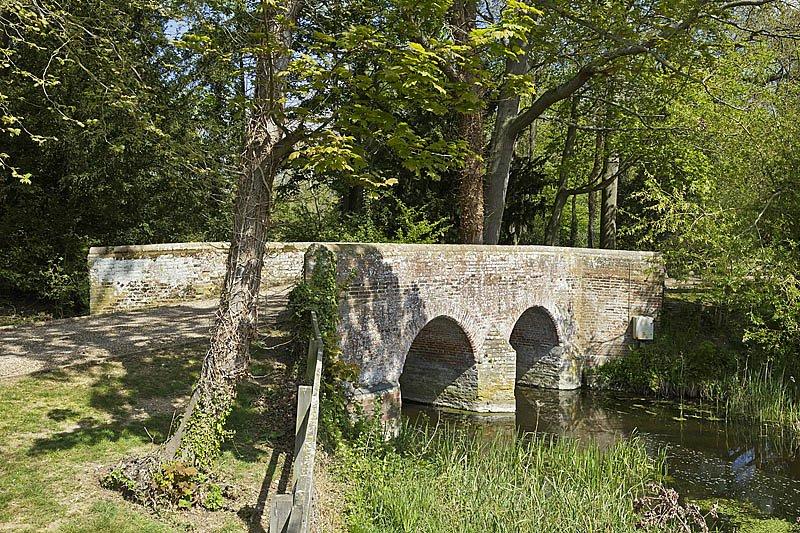 In addition to the formal gardens and walled kitchen garden, there’s an outdoor heated swimming pool, a hard tennis court, a large treehouse, a sunken trampoline pit and a reinforced grass helipad on the south lawn. 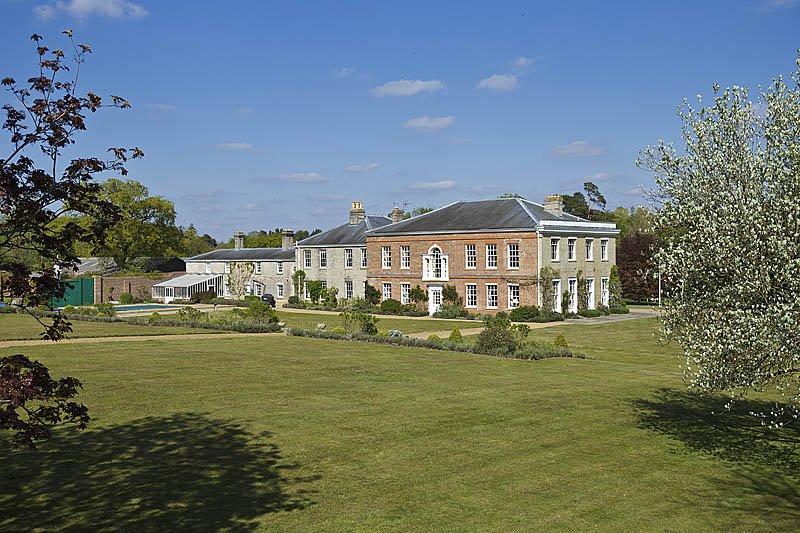 ‘A rare extravagance’ is a pair of airstrips on farmland to the west of the house, serviced by two hangars. 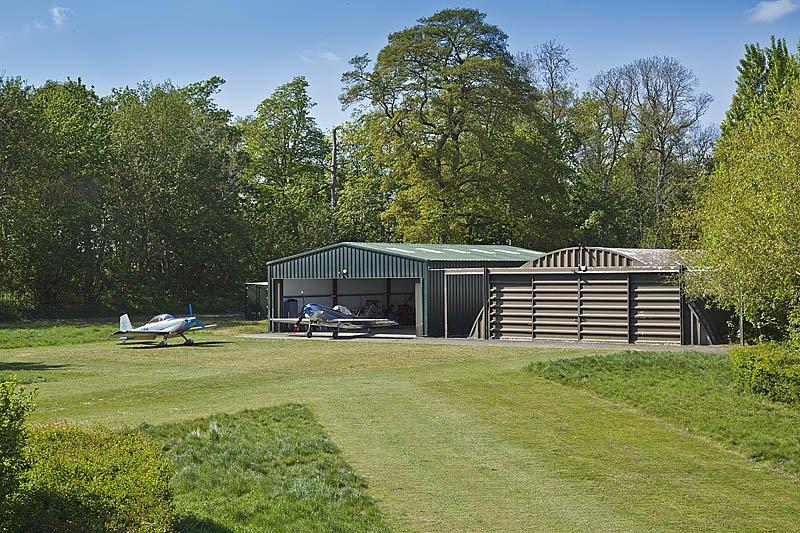 Little Haugh Hall is for sale via Strutt & Parker at £6.35m — see more pictures and details.