Moving out to a countryside village used to be a retirement option, but things have changed: now, it's the families who are heading for the countryside and the older generation heading back into Britain's market towns.

Village dwellers across the country have long been fighting battles to keep their local shops and pubs. Many have even been enterprising enough to form co-operatives to keep them running, but it’s a losing battle in many places. The sad decline of corner shops and drinking establishments continues apace.

Many younger families have accepted that the price for living in one of England’s picturesque villages is the need to have a car and make weekly runs to the nearest supermarket or else shop online. For older residents, however, that equation isn’t always so simple — not least because those who have retired are invariably keen to have family and friends to stay, develop new interests and above all remain independent.

The upshot is that times have changed. ‘Many people who might once have considered retiring to a quiet village in the countryside are instead looking at market towns where there are shops, restaurants, a regional hub for the arts and public transport,’ says Dawn Carritt of Jackson-Stops. ‘The result is increasing demand for good town houses, particularly those with character and at least a small garden.’

The market town of Woodbridge in Suffolk demonstrates this phenomenon — let’s call them ‘townsizers’ — nicely. The town has an array of independent stores as well as national names, several restaurants, a cinema, a local rail service to Ipswich and a beautiful collection of period buildings which give the town its character.

The surrounding countryside is some of the finest in East Anglia, not far away is the coast and the world-famous concert hall at Snape, home of the Aldeburgh Festival. The Admiral’s House is an imposing Georgian townhouse in the heart of Woodbridge with 5 bedrooms, private garden and parking, for sale at £1.25 million via Jackson-Stops.

Another example is this elegant townhouse in Stamford, Lincolnshire, on the market at £975,000 through Strutt and Parker, The beautifully proportioned house has five bedrooms and off-street parking for three cars, yet has Stamford’s collection of shops, restaurants and pubs on the doorstep. Stamford also has great travel links with a railway station and easy access to the A1. 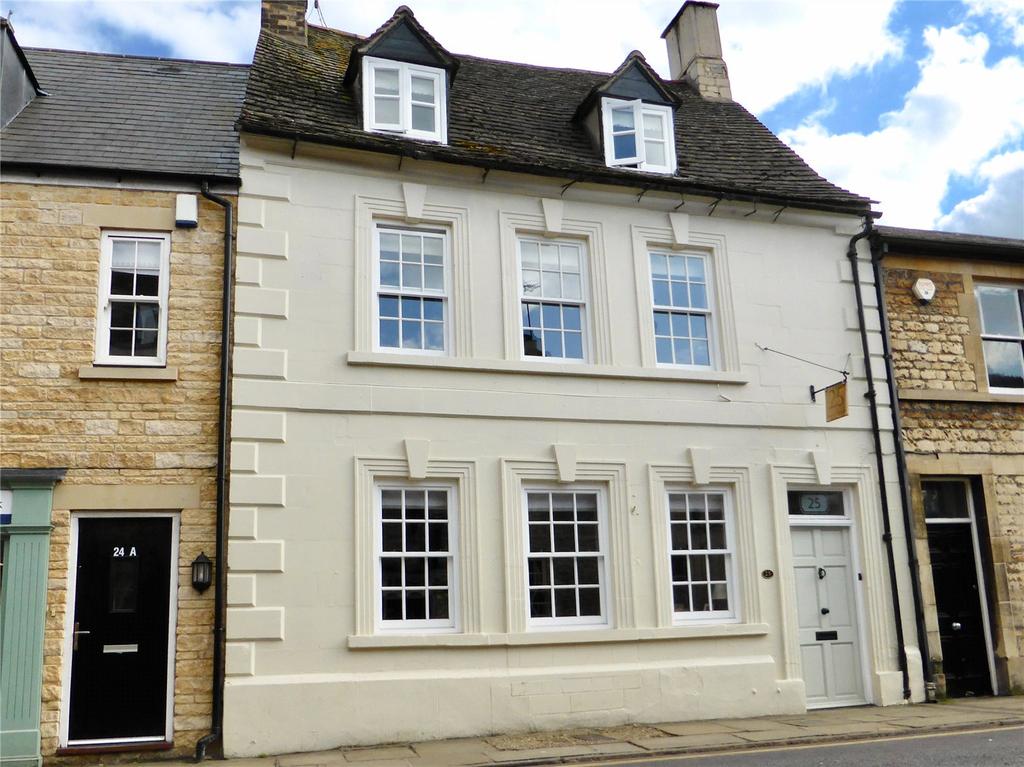 Finally, for something that’s closer to London, number 7 Silverless Street in Marlborough, Wiltshire, on the market at £725,000 with Jackson-Stops. It is located in a quiet backwater just off the High Street yet is within walking distance not only of the shops but also to the beautiful countryside just to the north of Marlborough.

Although famous for being the home of Marlborough College the town has so much more to offer; a vibrant café culture, a regional home for the arts and a broad high street with an excellent mix of major stores and independent shops.

The four-bedroom, three bathroom property has three reception rooms and a sheltered walled garden. The Listed Grade II house dates from about 1600 and has been meticulously restored by the current owner who has turned a career in the restoration of fine porcelain to good use paying incredible attention to detail.