There’s more to London than prime central — nine zones more, in fact. Eleanor Doughty advises on where in the outskirts to invest.

Once, the East End meant Whitechapel and Mile End. How-ever, as house prices rise — the average in Whitechapel is now £700,009 compared with £441,124 a decade ago — savvy buyers should look further east.

Stratford, on the speedy Central line, has been rejuvenated. In 2011, its Westfield shopping centre opened and, with it, reams of new-builds. ‘Typical buyers in Stratford are young professionals who require access to Liverpool Street, London Bridge and Canary Wharf,’ says Stephen Porter of Dexters.

As nearby Forest Gate prepares for the soon-to-open Elizabeth line, via which Bond Street will be only seven stops away, it, too, offers good value, says Kingshuk Dasgupta of Foxtons. The Woodgrange Estate conservation area is ‘a hidden gem, with the majority of properties large, double-fronted family homes — far more affordable than Hackney’. 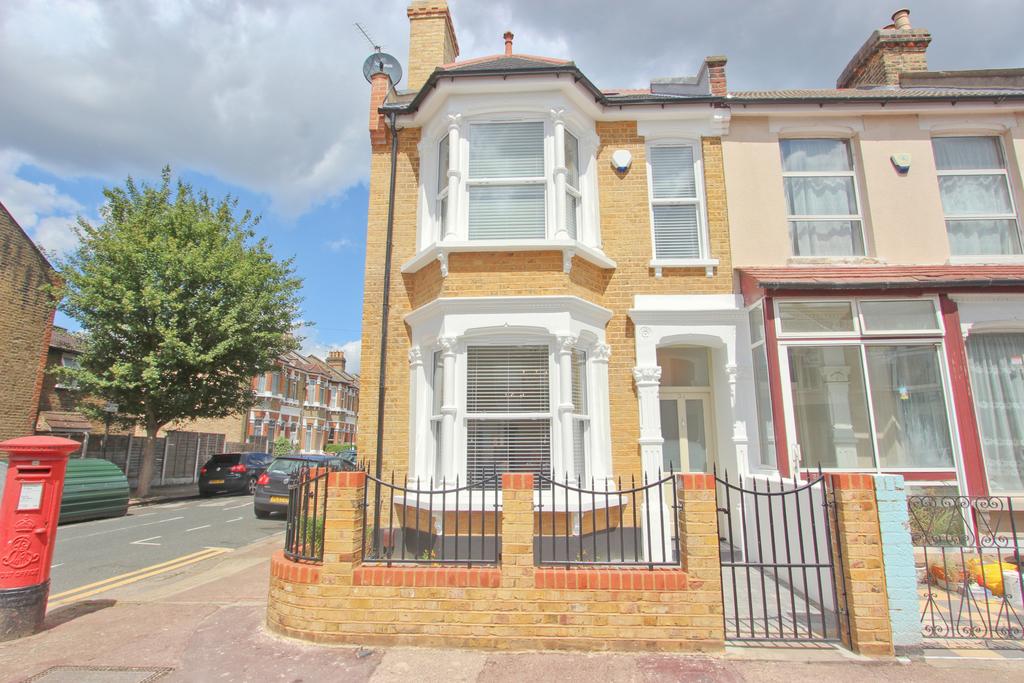 This beautiful, four-bedroom family home in Forest Gate is £875k via Wilkinson.

South: ‘Extraordinarily green’ Eltham and the bargains of Catford

To the south lies ancient Eltham, the childhood home of Henry VIII and the place where Henry IV entertained the Byzantine emperor. The Times diary editor Patrick Kidd lives there with his family and describes it as ‘an extraordinarily green area of London for professionals who have become priced out of Blackheath and Greenwich, but want to be within a half hour’s train journey of central London’.

As well as the rail links — Charing Cross, Cannon Street and Victoria are all less than 35 minutes from Eltham — there’s plenty to do. Mr Kidd recommends family-run All In A Pickle deli and Ayre’s bakery and the Rusty Bucket microbrewery.

Not far away is Catford, which offers ‘more square foot for your money’, says Emi Mustafa from Foxtons. The average house price in Catford is £376,668, against Blackheath’s £635,965, where, if you’ve got the cash, tree-lined Kidbrooke Grove is one of the most highly sought-after spots.

Catford: One of the few spots in London where £1.25m buys you a huge, five-bed detached house with an enormous garden. For sale via KFH.

It’s not only east Londoners who are set to benefit from the arrival of the Elizabeth line. It’ll serve Acton main line in west London, two stops from Bond Street. Local prices vary, explains Julian Kroll of Dexters — ‘it’s possible to find a three-bedroom house from £650,000’. There, the average house price is £603,582, down 3% on 2018. For those hoping to do up and sell up, top-end values are promising, too: Robertson Smith & Kempson has a four-bedroom Edwardian property on Grasmere Avenue at £1.299 million.

Josh Ayres, director of London new homes at Strutt & Parker champions Acton. ‘Canny investors looking for profit in an uncertain London market could do worse than scour the Crossrail route,’ he says. ‘Although it’s early days for Acton, an off-plan investment makes great sense and the opportunity for capital growth is phenomenal.’

Five stops west is the town of Hayes, mentioned in the Domesday Book — and home to George Orwell in the early 1930s. Now is the time to pick up a bargain there, says Zac Talic of Barnard Marcus. ‘It’s a major up-and-coming regeneration area,’ he says, ‘ideal for commuters, families and first-time buyers.’ The average price there is £346,346. ‘Hayes offers huge potential for capital growth,’ says Mr Talic, who describes it as ‘self-contained’, owing to its spread of facilities, including 88-acre Minet country park and open-air theatre in Barra Hall Park. 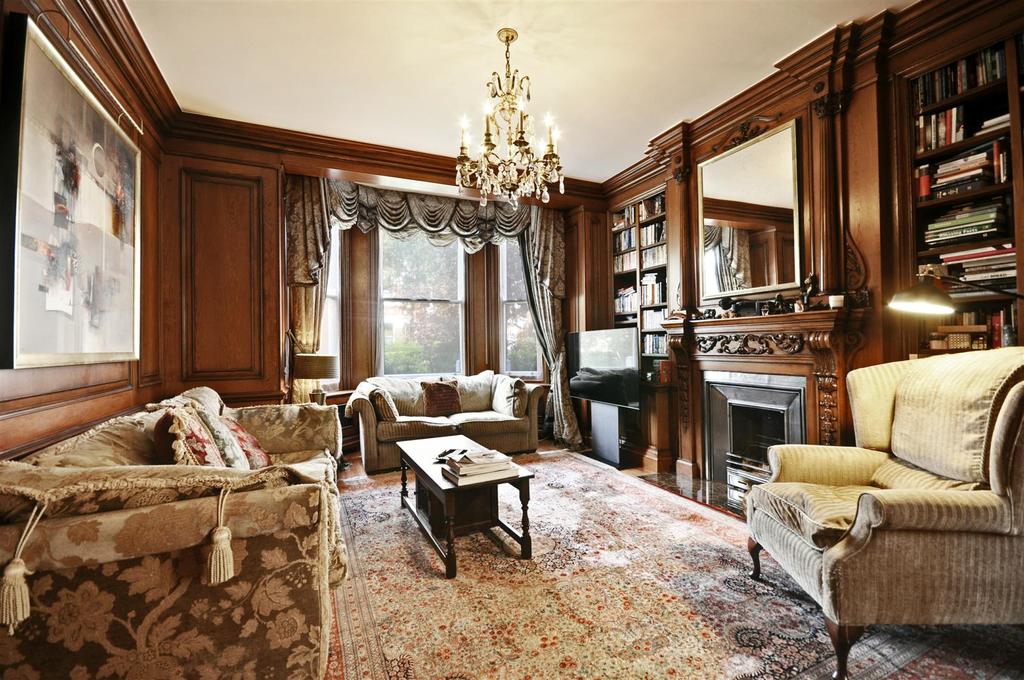 An incredibly grand home in Acton, for sale at £2.3m with Fine & Country.

To the north, opportunities are numerous. In Hendon, accessible by rail to Blackfriars in 28 minutes, Barratt Homes’s Hendon Waterside is first-time buyer material. Apartments start from £387,000, which is above the local average of £313,706, up 2% on last year.

Further north is Luton, voted one of the top 10 UK commuter towns. Despite this, says John Bell of Connells, ‘Luton has lower house prices than other commuter-belt towns’, making it a serious investment opportunity. The current average is £258,613 and, for investors, Strawberry Star’s LU2ON 700-unit development, 650ft from Luton Airport Parkway station, deserves consideration.

The town is smartening up — a £3.9 million upgrade to the Cultural Quarter is in progress — and there’s plenty to do, with Luton Hoo, the former home of Lord Bute, three miles outside the centre, with its golf course and spa, as well as proximity to the Chilterns AONB. 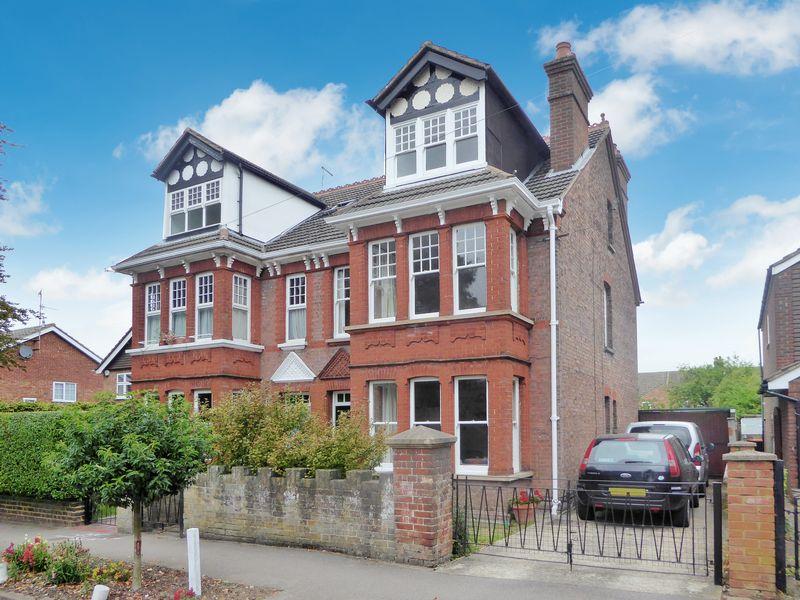 Five bedrooms over three storeys for £435,000 — Luton offers astonishing value, as in this house on the market via Deakin White.

Our columnist Jason Goodwin headed to London expecting to have to dig deep to keep himself and his wife entertained.