One of the key figures in the history of late medieval England lived at Warblington Castle in Hampshire. One of Penny Churchill looks at the history of this extraordinary place.

‘Uneasy lies the head that wears the crown,’ soliloquises the king before the entrance of Warwick, ‘the King Maker’, in Shakespeare’s Henry IV Part II. Even more uneasy were the heads of those found guilty of plotting against the Crown, if the history of Warwick’s former home Warblington Castle is anything to go by.

This beautiful home near Havant in Hampshire is no longer really a castle except in name, but is no less desirable for that. The various evolutions of the buildings over the centuries have left at present a handsome, mainly 17th-century country house rebuilt from the Caen stone of a 16th-century fortified manor. And Warblington is for sale for the first time in 35 years, at a guide price of £2.6 million through the Chichester office of Jackson-Stops. 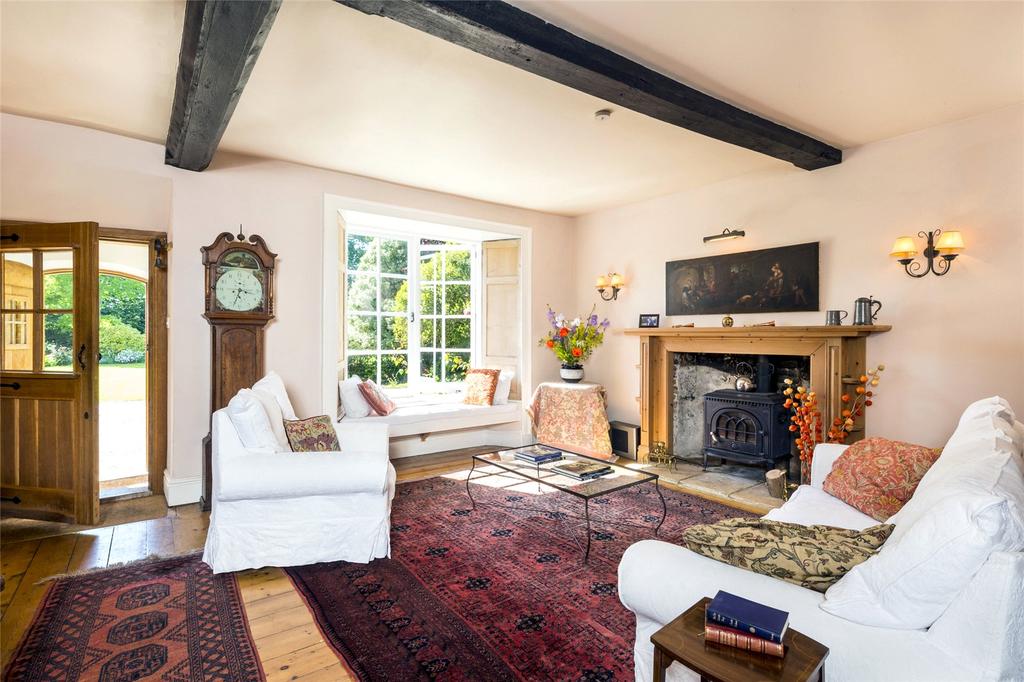 All that remains of the original Tudor house built for Margaret Pole, Countess of Salisbury, between 1514 and 1526, is part of the gateway tower, a moulded stone arch of the gate and a striking five-storey stair turret. They are now a Grade II*-listed Scheduled Ancient Monument and form a dramatic backdrop to the beautifully restored main house –  a house which has 5,830sq ft of living space, including four reception rooms, a charming kitchen/breakfast room and seven bedrooms. 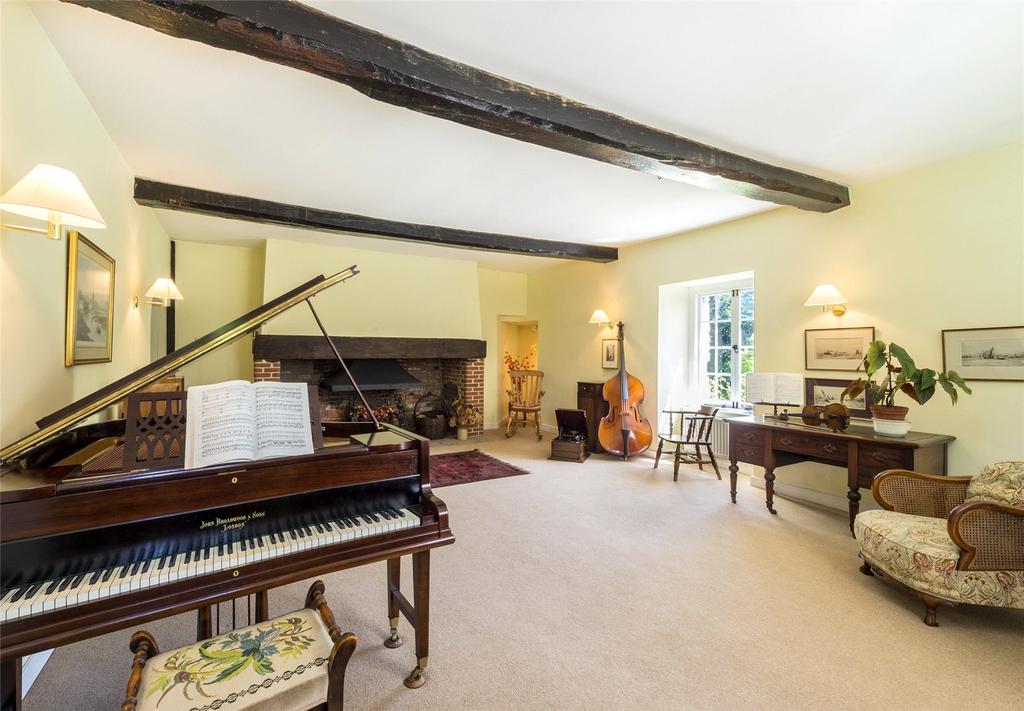 The countess’s castle replaced a 14th-century manor held by the Earl of Salisbury, who unwisely opposed Henry IV and forfeited his Warblington estate. Thereafter, the manor passed down the female line to Alice, wife of the King Maker himself, Richard Neville – the 16th Earl of Warwick.

After Neville’s death, it passed to Edward Plantagenet, the 17th Earl, who was executed by Henry VII following years of imprisonment in the Tower of London after the king’s victory at Bosworth Field, when the estate reverted to the Crown. 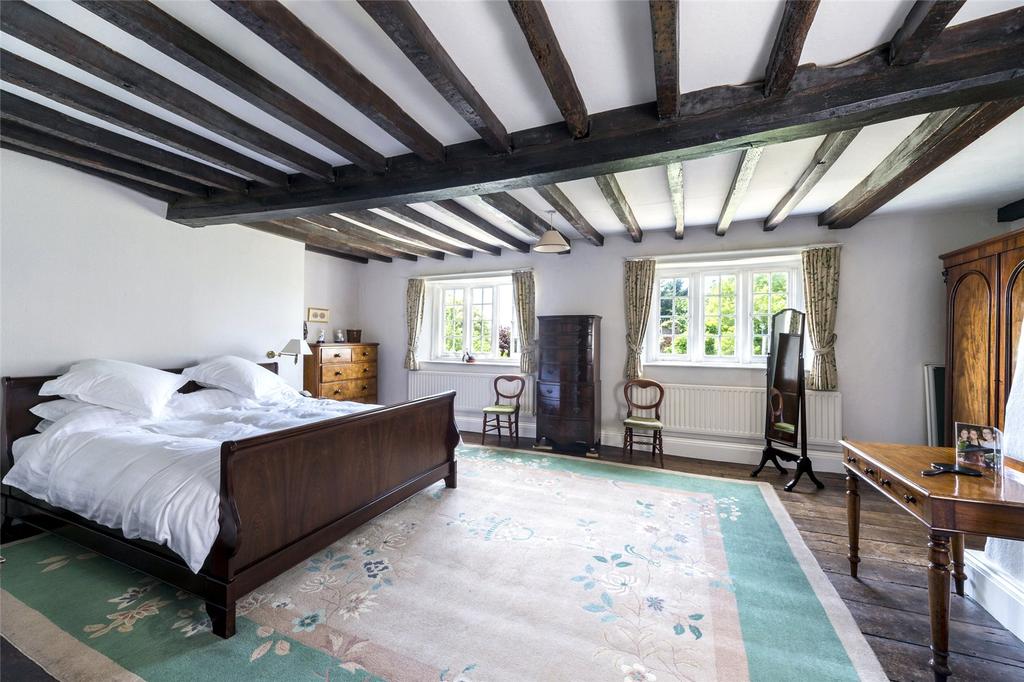 Warblington was eventually restored to Warwick’s sister, Margaret, who married Henry VII’s cousin, Sir Richard Pole. A strong-minded woman and a staunch Roman Catholic, Margaret found favour for a time with Henry VIII, who restored her family’s wealth and created her Countess of Salisbury in her own right.

However, when her sons campaigned against the king’s divorce, the family fell from grace and, in 1538, lost both titles and lands, together with their heads. Margaret was held in the Tower until 1541, when, at the age of 67, she, too, was executed. 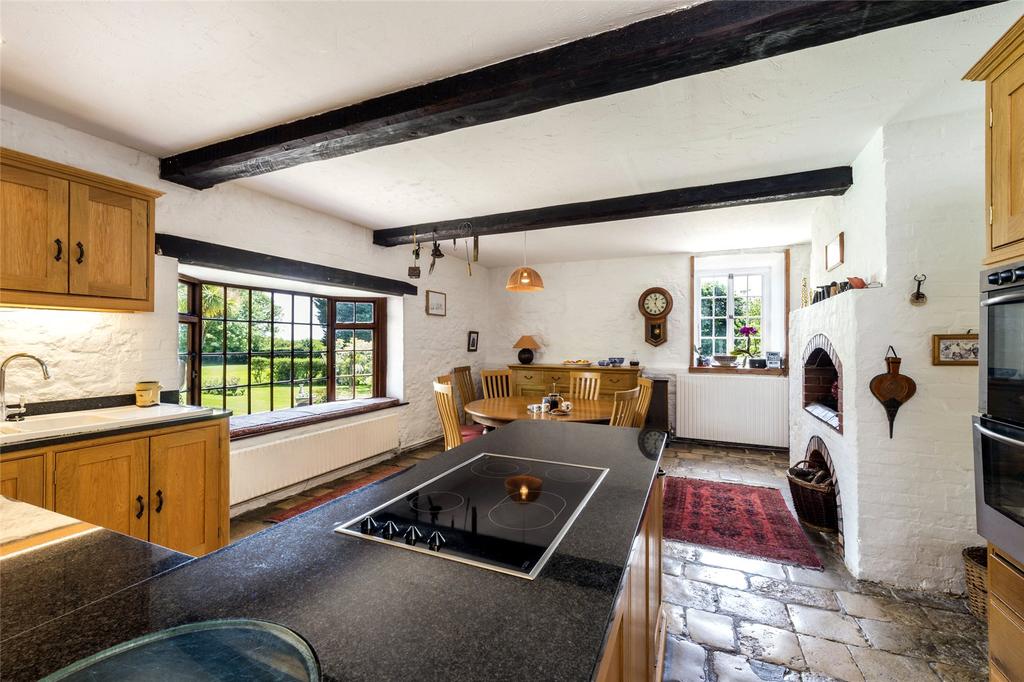 In 1551, Warblington was granted to Sir Richard Cotton and all was well until the Civil War, when the Royalist Cottons’ ‘strong house’ was destroyed on Oliver Cromwell’s orders, except for the tower—which was apparently left standing as a landmark for ships navigating the nearby Langstone Channel. After the Restoration, the estate was returned to the Cotton family and remained with them until the early 18th century.

The Warblington estate passed through a series of owners in Victorian times and was finally broken up in the mid 1960s. In October 1981, a discreet advertisement in Country Life announced Warblington Castle’s reincarnation as a ‘Country Home for retired and aged gentlefolk’, followed, in June 1982, by a similar insertion for the castle as a ‘magnificent new residential retirement club for the active elderly requiring a permanent home’. 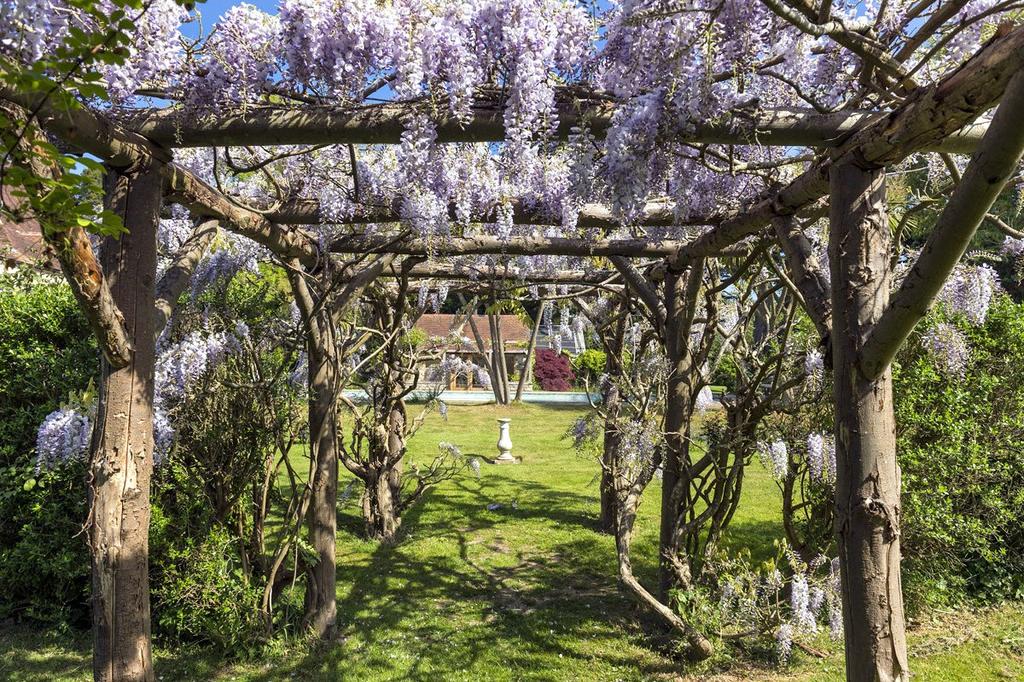 Neither approach appeared to resonate with the elderly – gentle, active or otherwise – and a year later, Warblington Castle, listed Grade II, with its ruins set in four acres of moated gardens, was bought by its current owners. They were sporting legends Tom and Diana Bishop, who both rowed for Britain at the 1976 Montreal Olympics – the first games in which women rowers were allowed to compete. 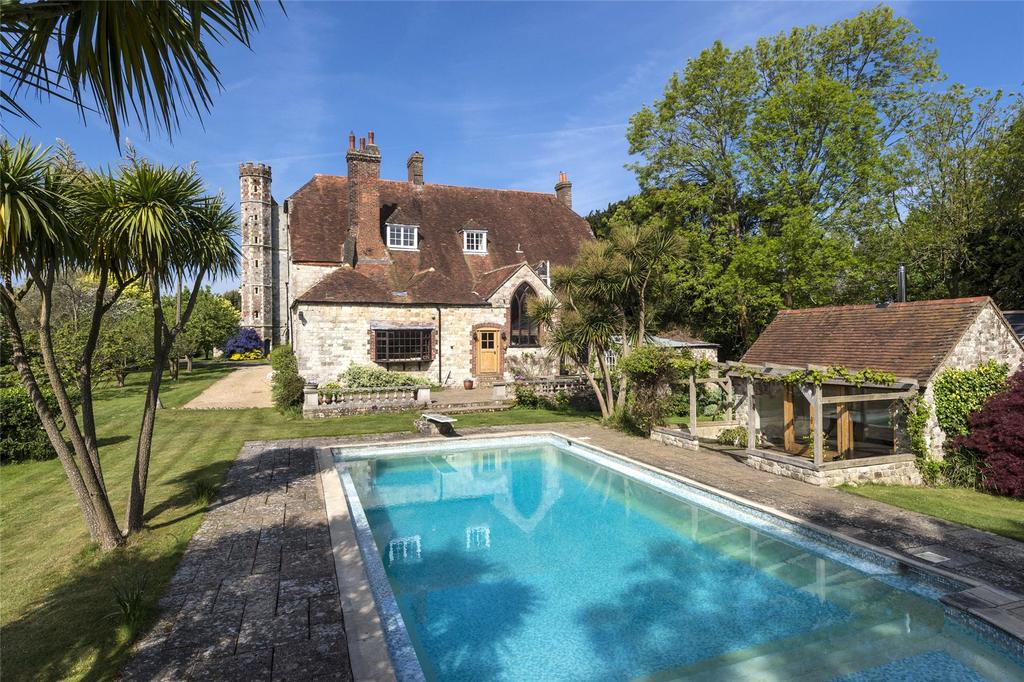 Since then, Mr Bishop must have rowed at least halfway round the world, triumphing recently in a Veteran 70+ rowing contest in Boston, USA. His wife, meanwhile, has spent the past 35 years restoring and improving their much-loved family home and its delightful gardens, as well as bringing up their four talented children.

For the Bishop family, the house has been a joy. With its warm climate, rich soils, fresh water and proximity to the sea, people have always prospered around here, the locals say. 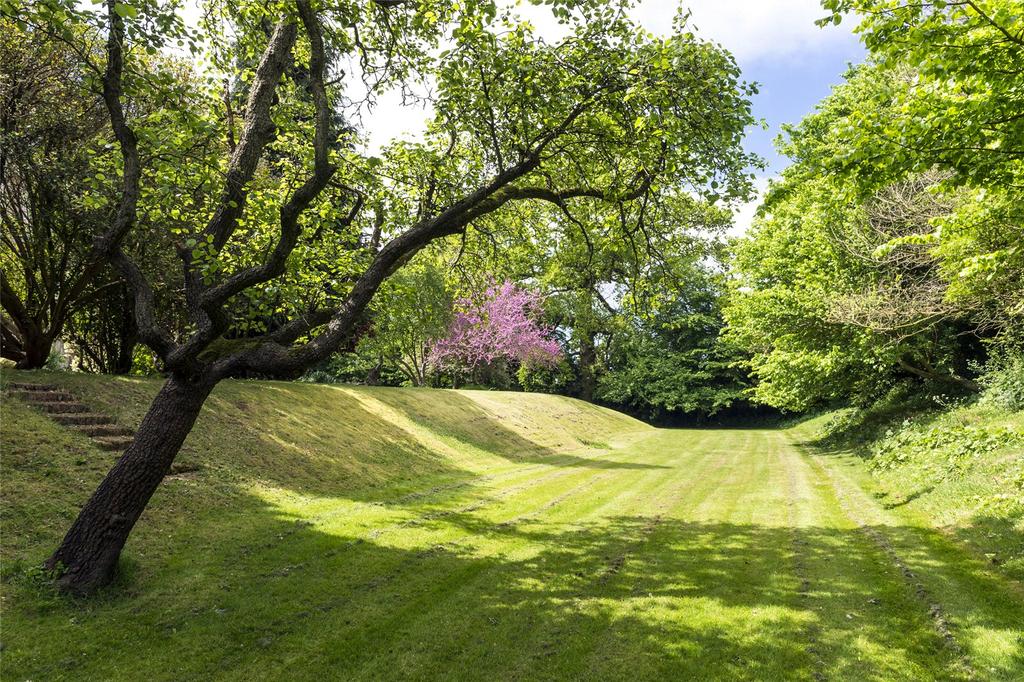 For her part, Mrs Bishop is simply hoping that another family will enjoy this historic, hidden oasis overlooking the Solent as much as they have done.

Warblington Castle is for sale at £2.6 million via Jackson-Stops – see more details and pictures.

Claverdon Hall sits in the ‘golden triangle’ between Warwick, Stratford and Henley-in-Arden.

Mark Griffiths explains in depth why the Fourth Man is not Dioscorides.

Champagne house Pol Roger have unearthed an extraordinary treasure while laying the foundations for a new building: 20 bottles of

Throughout the centuries, Britain has led the world in all that is civilised, from culture to condiments and fast horses