Astwell Castle is a 15th century castle in Northamptonshire for sale that's full of history and absolutely bursting with potential.

We’re always wary of marketing types attempting to pass things toff as the ‘new this’ or the ‘new that’. Thus, the efforts of estate agents to brand Northamptonshire as the ‘new Cotswolds’ has often led us to raise an eyebrow.

That’s not to disparage what is, in parts, a breathtakingly pretty county. Towns such as Oundle are the equal of pretty much anything you’ll find in Gloucestershire or Oxfordshire, and thatched cottages built from golden stone are a common sight. What’s more, they’re invariably up for sale at prices which are a fraction of what you’d pay further west.

Take as a perfect example the property on this page: Astwell Castle, near Brackley. This spectacularly pretty place is for sale at £1.5m via Knight Frank; the same sort of money would limit you to something like this very pleasant, but by comparison unremarkable barn conversion in somewhere like Bourton-on-the-Water. 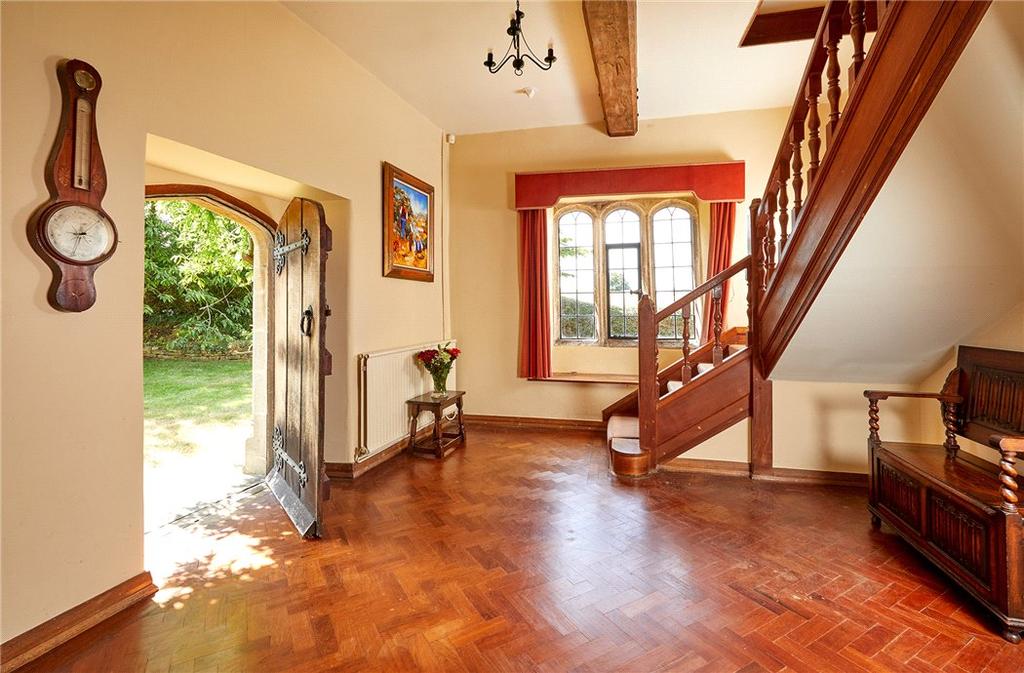 Astwell Castle is formed from the gatehouse belonging to a former fortified 15th-century manor house. Set amid glorious countryside, the Grade II*-listed, four-bedroom property is full of period details, from mullion windows to a spiral stone staircase. 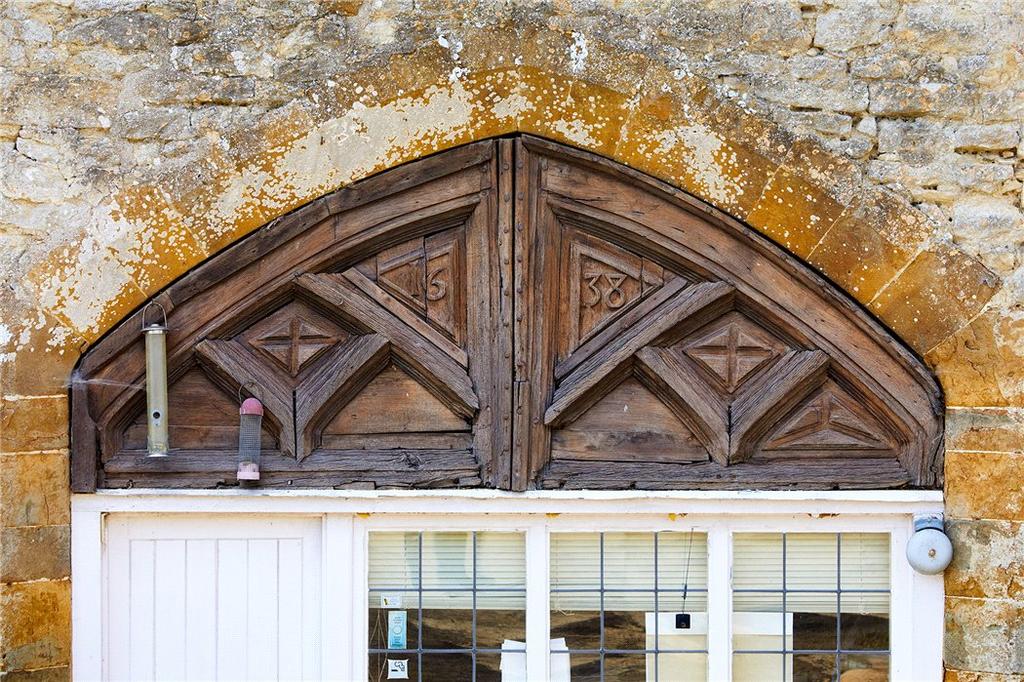 One of the highlights is the original medieval carved stone-fronted chimneypiece with escutchens in the drawing room. 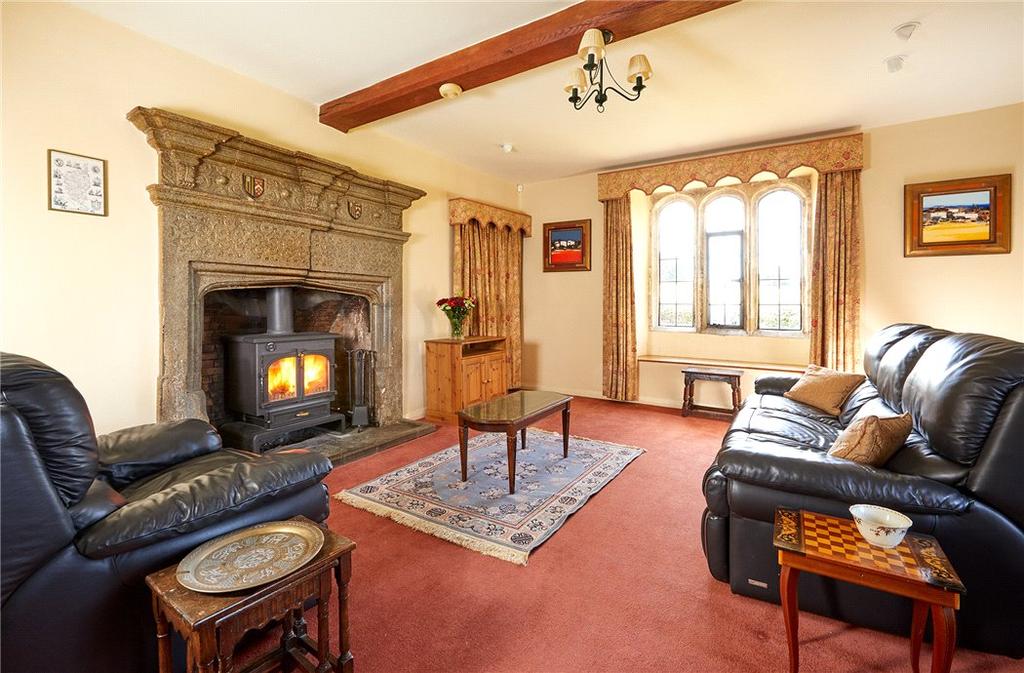 The house includes several outbuildings and 30 acres of land, among which is the Gatehouse Tower, a Scheduled Ancient Monument in need of repair — and given that the property is Grade II*-listed, a new owner will want to make sure exactly what they’re taking on before they commit. 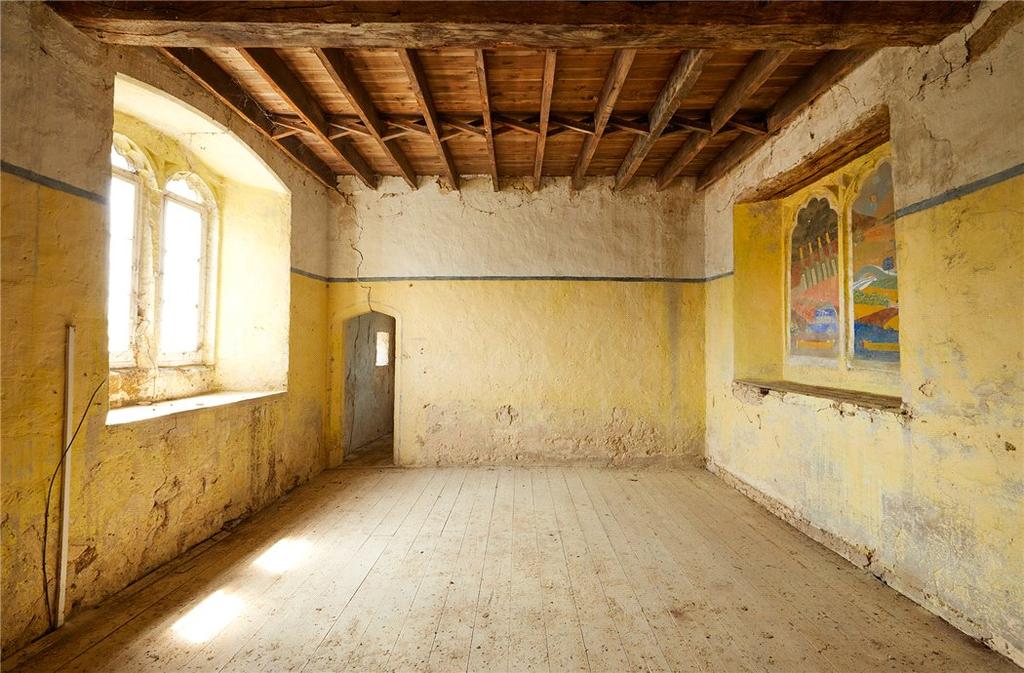 That said, there seems to be nothing too scary here to put off a buyer. There is work to be done, as the pictures on this page show, but the house was restored in the 1950s, so this is by no means a crumbling ruin. 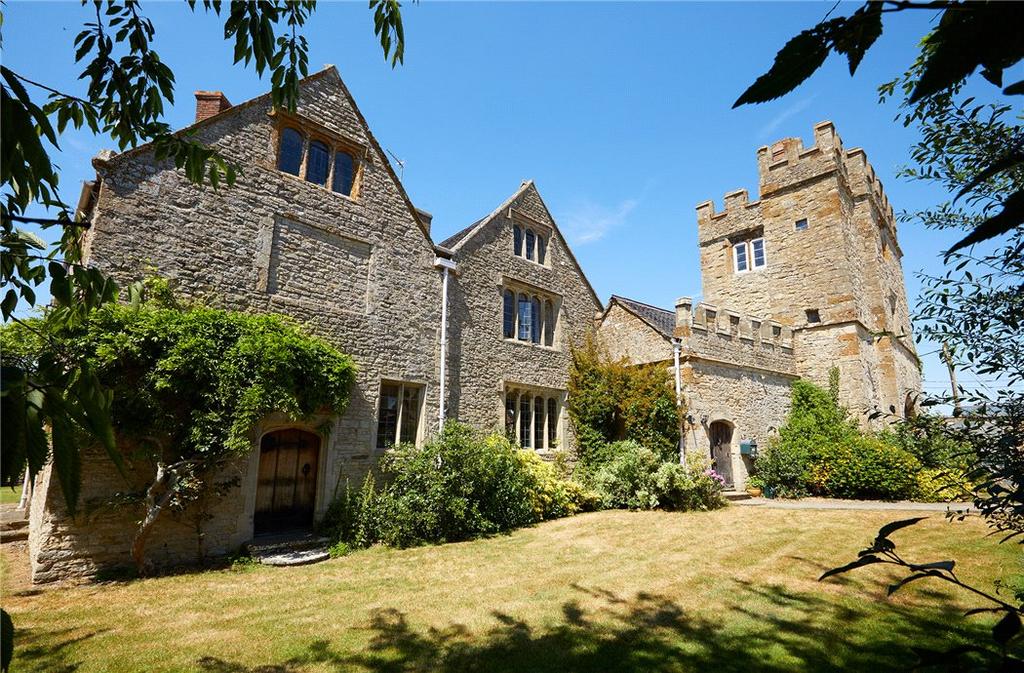 What’s more, there is a huge amount of potential to add value, with attic and tower rooms that could be converted into extra residential space. The fact that the tower opens up onto the castellated roof will only add to the potential glamour of an apartment in the upper levels of this fine house. 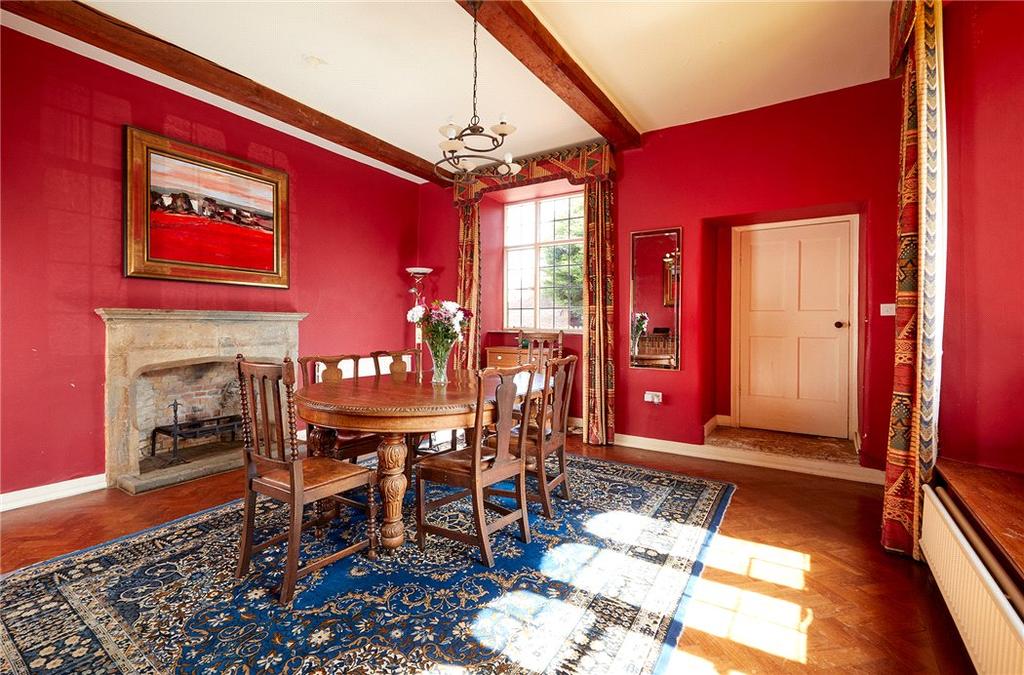 The outbuildings also have potential along those lines, with permission in place to turn some of them into stables with flats above. 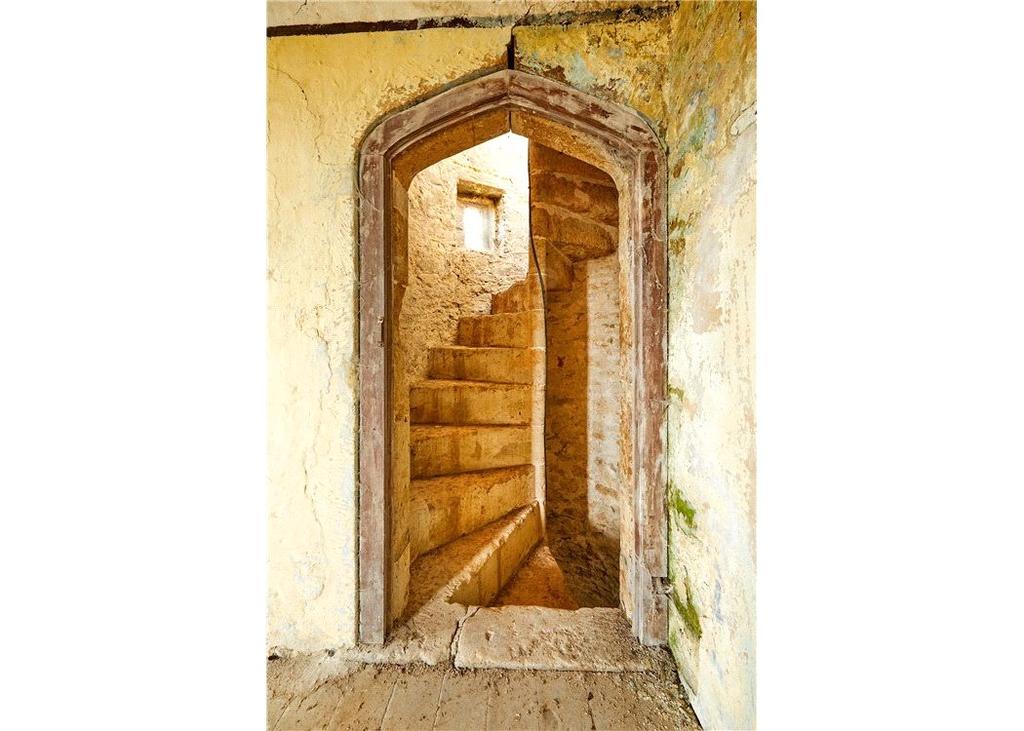 All of this comes in an incredibly accessible spot that’s not far from the motor racing circuit Silverstone, with easy access to both M40 and M1 for access to London, Oxford, Birmingham and beyond. 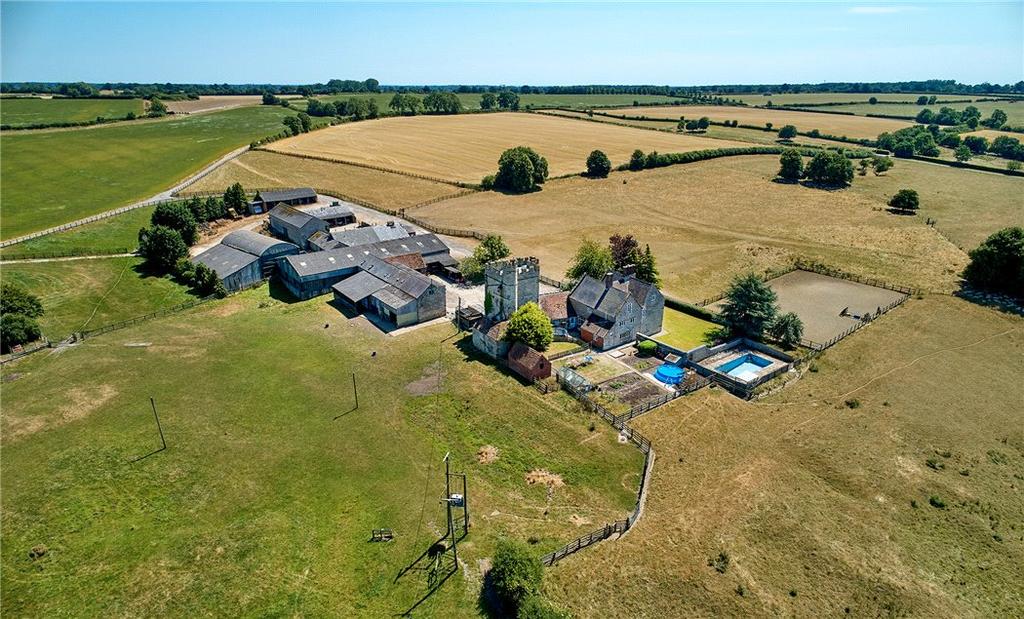 Astwell Castle is for sale via Knight Frank at £1.5m — see more details and pictures.

Hinwick House, on the border of Bedfordshire and Northamptonshire, is big — very big. It's also exquisitely charming, as Penny Churchill