Hinwick House, on the border of Bedfordshire and Northamptonshire, is big — very big. It's also exquisitely charming, as Penny Churchill explains.

The launch onto the market — at a guide price of £8.5 million — of Grade I-listed Hinwick House on the Bedfordshire/Northamptonshire border has been the highlight of a wet and windy November for Crispin Holborow of Savills.

The recently renovated Queen Anne manor house, set in 37 acres of notable gardens, parkland, lakes and woodland, is for sale for only the third time in more than 300 years. It was described in the first of three Country Life articles (in September 22 and 29 and October 6, 1960) as ‘the ideal of an early 18th-century squire’s home’ and ‘among that category can be ranked as one of the very best, not only because it has been so little altered but on the strength of its architectural character’.

Hinwick House and its adjoining Victorian wing together provide some 25,800sq ft of gracious living space — so big, in fact, that it crossed our minds if it might not be easier to measure in acres. It turns out to be 0.6 acres of floor space; if that alone doesn’t make the point of the size of the place, the floorplan will:

In addition to the estate cottages, outbuildings include garaging, stables, a dovecote and the picturesque 18th-century clock tower. There’s a Georgian walled garden, an orchard and a paddock, with parkland let for grazing to a local farmer. 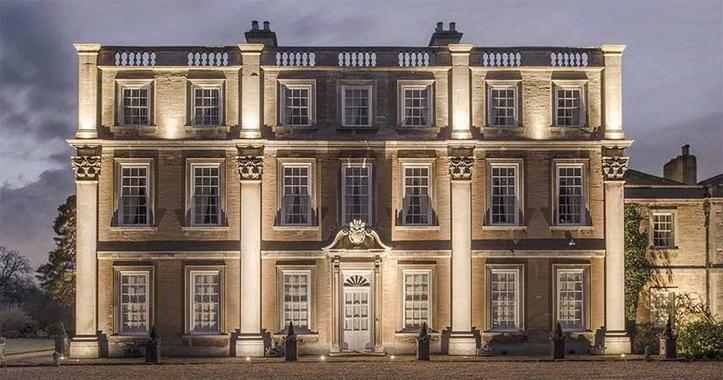 Although, technically, Hinwick House, in the village of Hinwick, is located in Bedfordshire, its ethos and history are more closely related to the ‘county of squires and spires’. It stands on the site of a Hinwick manor called Brayes Farm that was acquired by William Payne, a Bedfordshire dignitary and landowner, in 1617.

All that remains of the 16th-century manor house are the three cottages attached to the 1710 clock tower, known collectively as Turret House.

When Payne died in 1624, his nephew, Richard Child, inherited his Bedfordshire estates; Child’s heir was his only daughter, Margaret, the wife of George Orlebar, scion of an old Northamptonshire family.

In 1709, George’s great-grandson, Richard Orlebar, completed the purchase of Brayes Farm from his cousin, Elizabeth, on her coming-of-age. He set about building a grand new house for himself and his new wife, Diana. 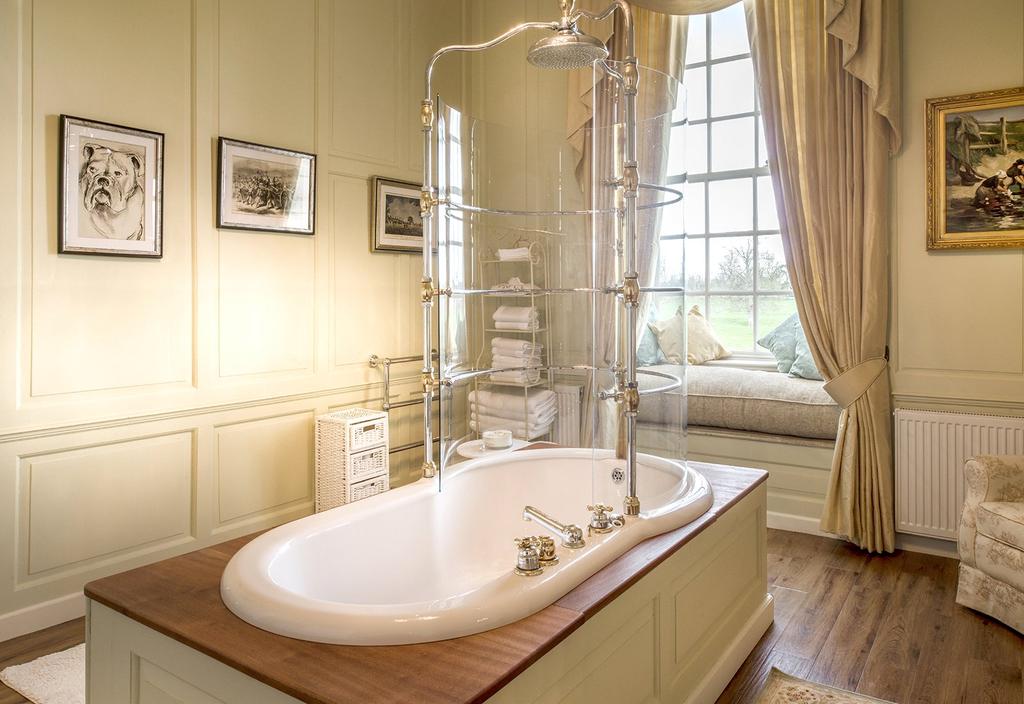 According to Country Life, and as recorded on a rainwater head at the back of the house, building started in February 1709 and was almost completed by the end of 1710. Accounts show that glazing began in May 1710, although the fitting of the rooms went on for another three years, with the final bills being paid in 1714. The total cost was £3,848 4s 9d.

Orlebar planted the magnificent lime trees that still stand guard in front of the house. He had two passions in life: his lovely wife and hunting, both commemorated in the striking bas-relief on the south front by John Hunt of Northampton, showing the huntress Diana in full flight.

When his wife died in 1716, the lonely squire found solace in hunting and hound breeding. The pedigree book of his hounds, from 1708 to 1727, is believed to be the oldest surviving record of its kind. When ill health forced him to give up hunting in 1722, he presented his pack to the Duke of Grafton, who deemed them ‘ye best Hounds that can be bred in ye world’.

For the first 150 years, Hinwick House underwent few changes. The entrance hall and the splendid main staircase by Daniel Wyman of Northampton remain unaltered, although the dining room and drawing room were re-arranged by Richard Longuet Orlebar, who added the long Victorian north wing in about 1860.

Hinwick House remained in the hands of the Orlebars until 1995. There followed a period of decline until, in 2004, it was bought by the current owners, who embarked on a long-term programme of repair and modernisation.

The works done included tracking down and recovering items sold off by the Orlebars, adding and upgrading bathrooms, restoring outbuildings and reinstating the gardens and pleasure grounds.

Hinwick House is for sale via Savills at £8.5m — see more details and pictures.