How can SW2 be adjacent to SW16? Why is N2 further from the centre of London than N19? Toby Keel investigates, while Eleanor Doughty finds out if postcode snobbery still matters in the London housing market.

If you were to exit Knightsbridge station and walk to the Royal Albert Hall, you’d pass a curious sign: ‘Park Close SW1’. ‘SW1?’ you might wonder, looking at the SW7 postcode of your destination. SW1 might sooner call up the Houses of Parliament or Horse Guards Parade than a passage near Harrods. How then can the postcode have switched so quickly?

Similarly, in South London, Streatham High Road flips from SW2 to SW16 in a quickstep. Up in Elephant & Castle, 8, Hayles Street is in SE11 — ‘the gateway to trendy south London,’ says a friend who lives on the border — but the pub just next door, The Prince of Wales, is in SE1, one of the city’s biggest postcodes.

Such is London’s postcode system — designed not for logic, but to avoid snobbery. The original London letter-only postcodes (NW, SE and so on) were introduced in 1957, and 60 years later the numbering was added as an efficiency measure during the First World War. The ‘1’ numbers were reserved for the centre of the city; beyond that, the various areas were intentionally numbered alphabetically. The generally accepted explanation is that it was the fairest system, to avoid arguments about who comes first, and to stop those in far-flung parts of the metropolis feeling aggrieved by the high numbers of their postcodes.

Thus, in London’s SE district — to take one example — SE1 is the central or ‘head district’, and subsequent numbers run from Abbey Wood (SE2) to West Norwood (SE27). North London beyond the centre runs from East Finchley (N2) to Wood Green (N22).

So baffling are London’s postcodes that they’ve become tourist souvenirs, as with these ones on sale in Covent Garden. And there were you not knowing what you wanted for Christmas…

In SW postcodes, this led to a strange phenomenon of some of the most-well-heeled parts of the capital: Brixton (SW2) comes ahead of Chelsea (SW3), which in turn trumps Clapham (SW4), while South Kensington (SW7) and South Lambeth (SW8) rub shoulders in the list.

Across the city there are a few outliers, such as more recently-created Thamesmead (SE28), Golders Green (NW11) and Olympic Park (E20) And there is also a quirk relating to SW codes beyond SW10. After West Brompton (SW10), Battersea was set up as an entirely new ‘head district’ of SW11, but from there everything is alphabetical once more from Balham (SW12) via Putney (SW15) and Wandsworth (SW18) to Wimbledon (SW19).

The irony is that despite the numbering being carefully managed to try and avoid stigma being attached to certain areas, the postcode system nonetheless produced it anyway. Whether you realise it or not, you will have, when receiving directions, made a judgement about the place you’re going based on the postcode.

More than a century ago, when a young Evelyn Waugh lived with his parents in Golders Green, NW11, it’s said that he would walk to the next postbox to acquire a fashionable NW3 postmark on his letters. But do postcodes matter any longer? 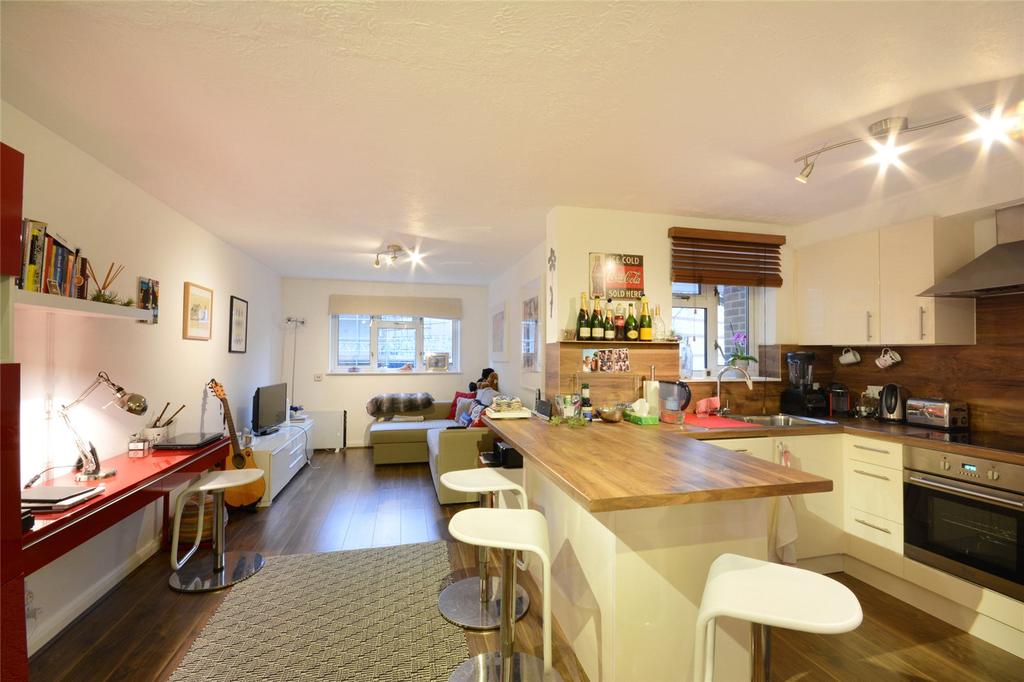 There has long been a snob-value element to parts of the city. The Bayswater/Notting Hill boundary is one such example. Property agent Simon Barnes of H. Barnes & Co recalls a house on Hereford Road, W2, an eight-minute walk to Bayswater station. ‘It was a fantastic opportunity, designed by a famous architect, but buyers wouldn’t consider it because it was in W2. The same architect had designed another house in Notting Hill, W11, which attracted serious interest. It proved that the postcode was the driver.’

Hereford Road, where house prices average £1.9 million according to Zoopla, is now ‘one of the most sought-after roads in W2,’ adds Mr Barnes. The result is that even a flat can command a huge price, as this £8.95m, five-bedroom penthouse for sale via Savills demonstrates. 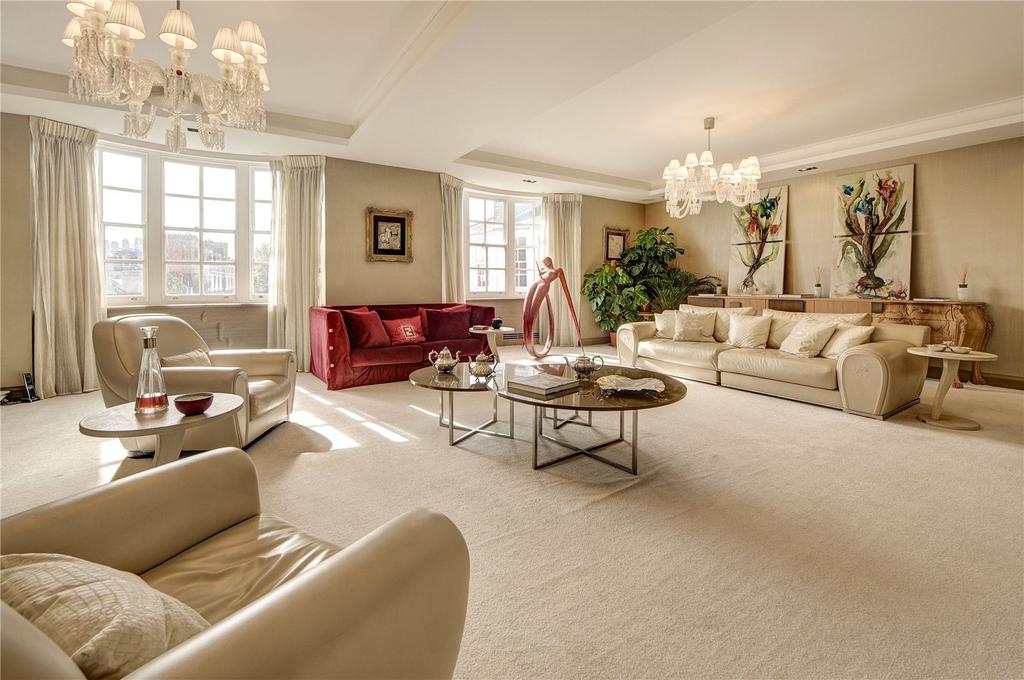 It’s natural to want to be wedded to a community, even if only by a six- or seven-character code. ‘With central London becoming ever more compact, areas previously reliant on their individual identities have melded together,’ says buying agent Thea Carroll. ‘It’s little wonder that people are keen to define their environs by postcode.’

Of course, ‘boundaries have to be drawn somewhere,’ says Brendan Roberts, director at Aylesford International. ‘If you look at the footprint of any borough, it’s a wiggly line.’

Robbie Kerr, a director at Adam Architecture dismisses the idea that postcodes mean much today. ‘If you asked 100 people in the street, one might be able to tell you where SW7 is,’ he says from his office on Queen Square, WC1, a six-minute walk from Holborn station, WC2 — an area where a 1-bedroom flat can easily cost £1m. 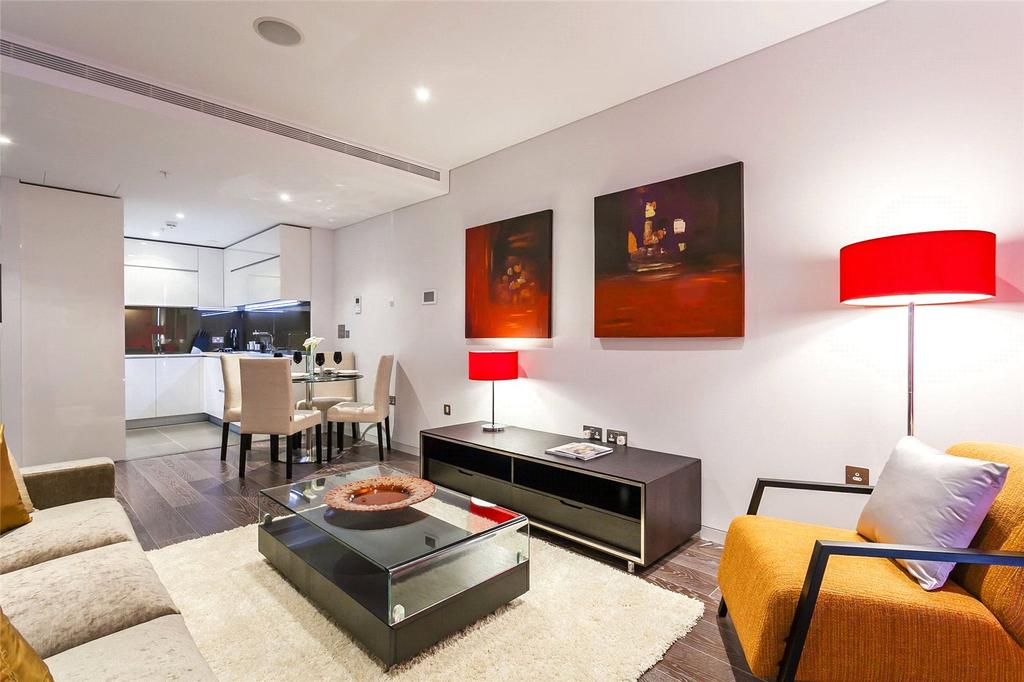 This flat in Marconi House, on The Strand, is for sale at £999,950 via LIFE Residential

Attitudes are changing, adds Mr Barnes. ‘People now realise that they can get better value for money if they stop focusing on postcodes and look at what the actual property offers.’

Marc Schneiderman, director at Arlington Residential, agrees: ‘We have dealt with buyers whose search is dictated by postcode and who are inflexible about buying within a neighbouring postcode — even if it’s only one road away — but these are in the minority.’

Part of his patch covers NW1, which is commonly associated with Regent’s Park, but also includes Camden Town. The property values in these two areas vary: a two-bedroom flat on Marylebone Road, NW1, just along from Madame Tussaud’s, is on the market for just under £2 million 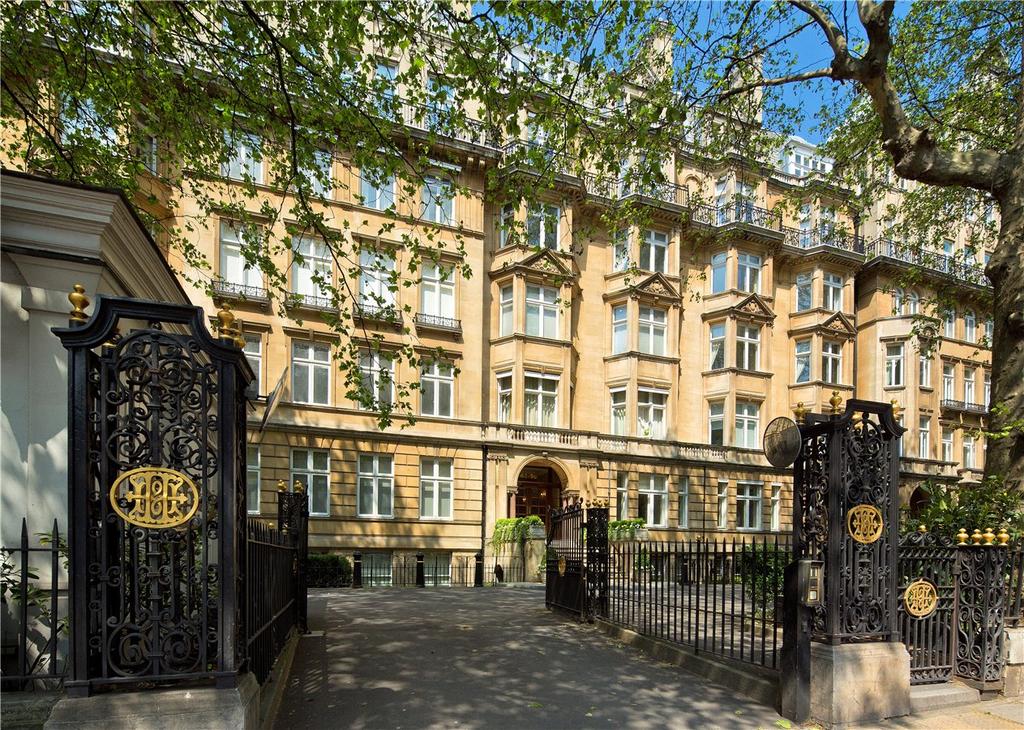 Meanwhile, up on Gloucester Avenue, Goldschmidt & Howland have a two-bedroom flat for sale for £700,000. 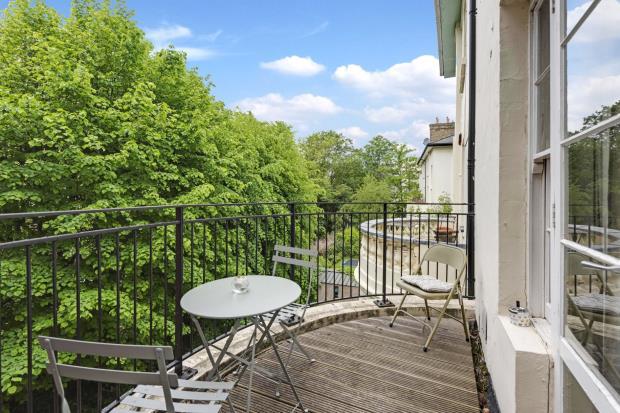 A friend who bought a house in south London last year and had always lived in a south-west postcode, ended up in Herne Hill, SE24. ‘I couldn’t care less which postcode I’m in, SW2 or SE24,’ he says. ‘It doesn’t matter.’