A few miles east of Norwich lies The Old Hall, a magnificent Tudor home that's gone through centuries of ups and downs, and which is now looking for a new custodian.

Approached by a long, tree-lined drive, The Old Hall at Barnham Broom in Norfolk stands in more than 11 acres of land on the banks of the River Yare, surrounded by farmland, yet only 10 miles west of the thriving cathedral city of Norwich. 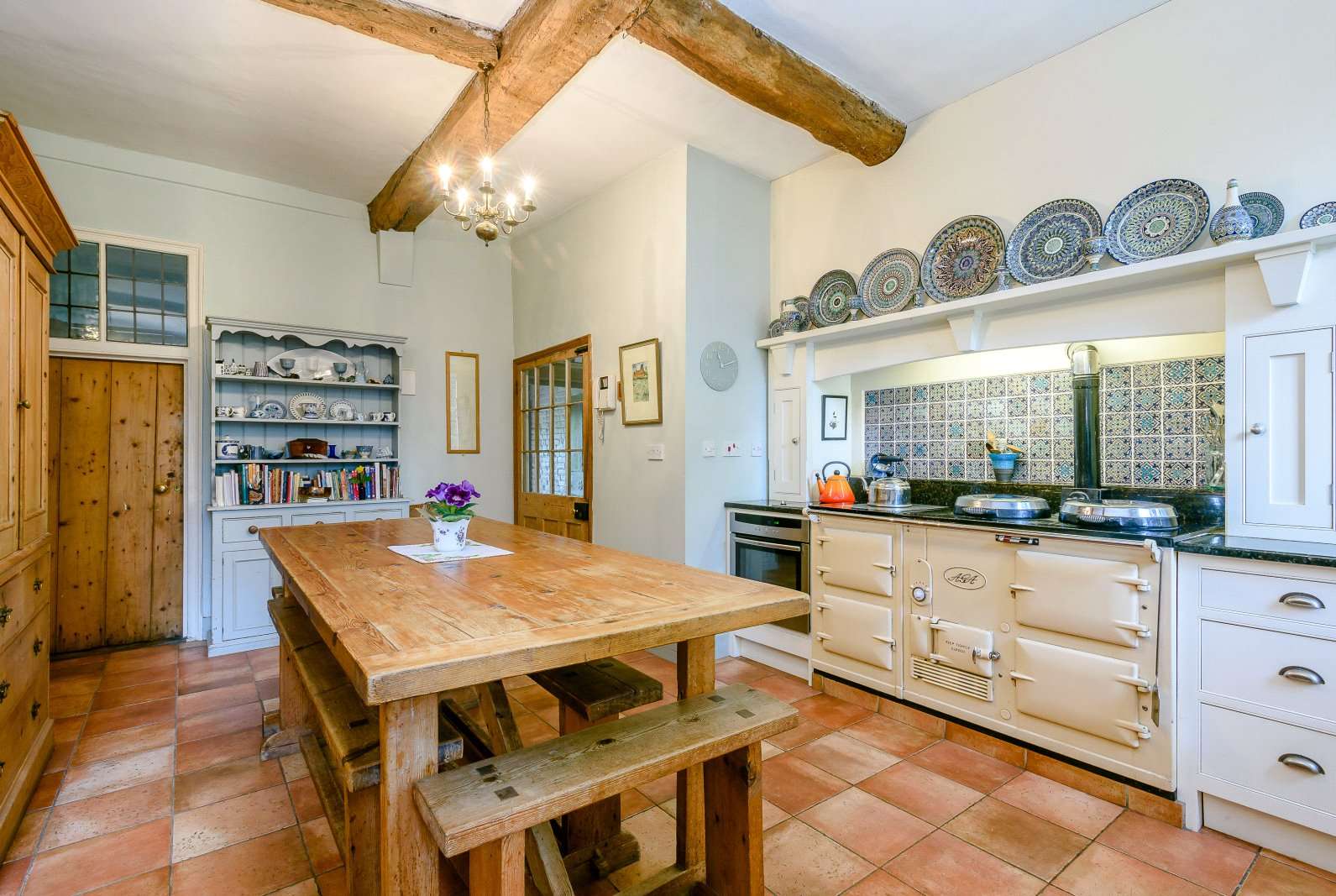 But there is plenty to attract buyers beyond that, including a chapel, stables and fabulous Tudor-style gardens at this delightfully-pretty Grade I-listed home. Following the owners’ decision to downsize, it is now on the market via Savills at £1.75 million. 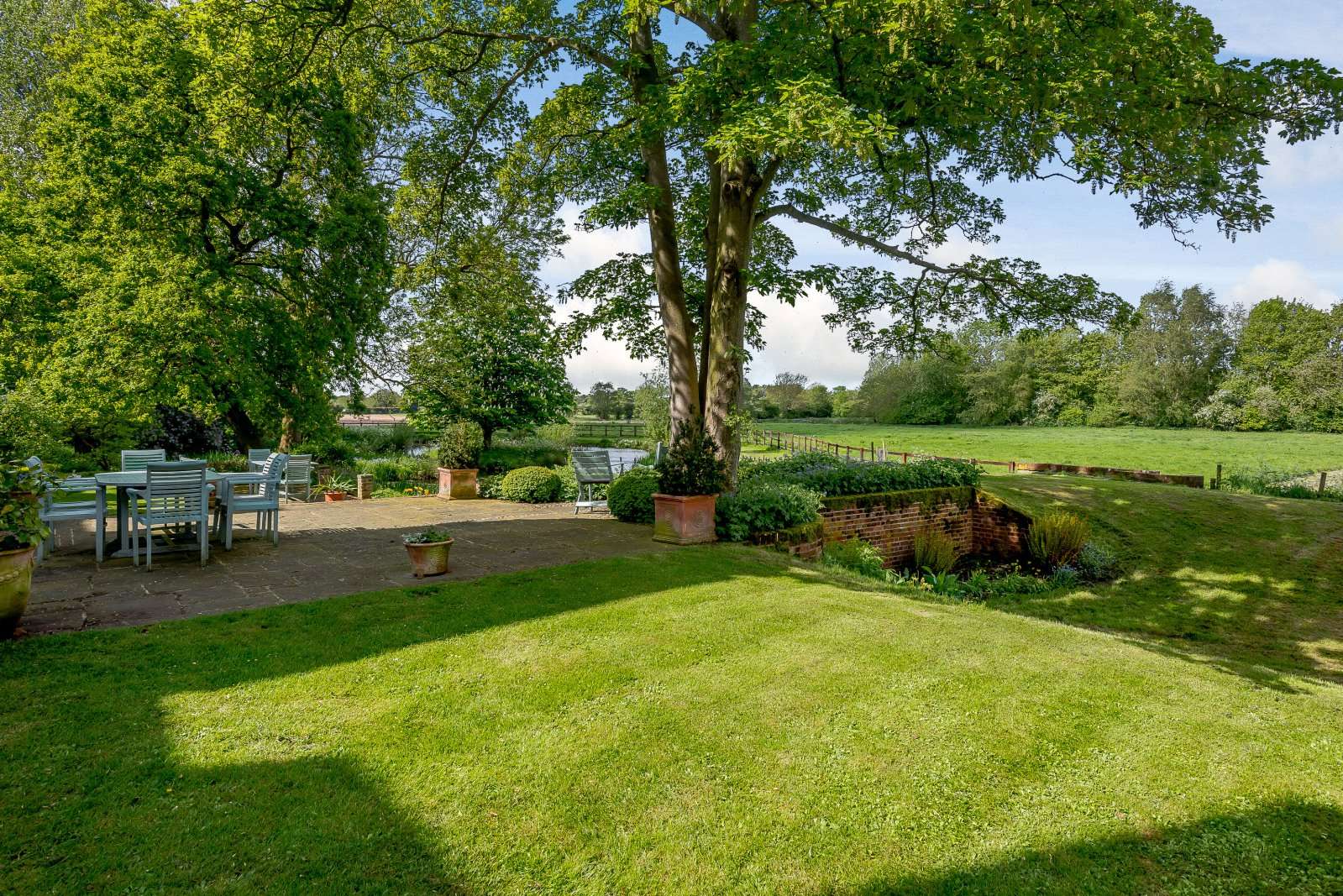 The ups and downs of the place have seen a number of restorations over the years, but everything has been carefully done.

As a result, The Old Hall’s original architecture, including some recently discovered Tudor wall-paintings and oak carvings, has stayed remarkably intact over the centuries. 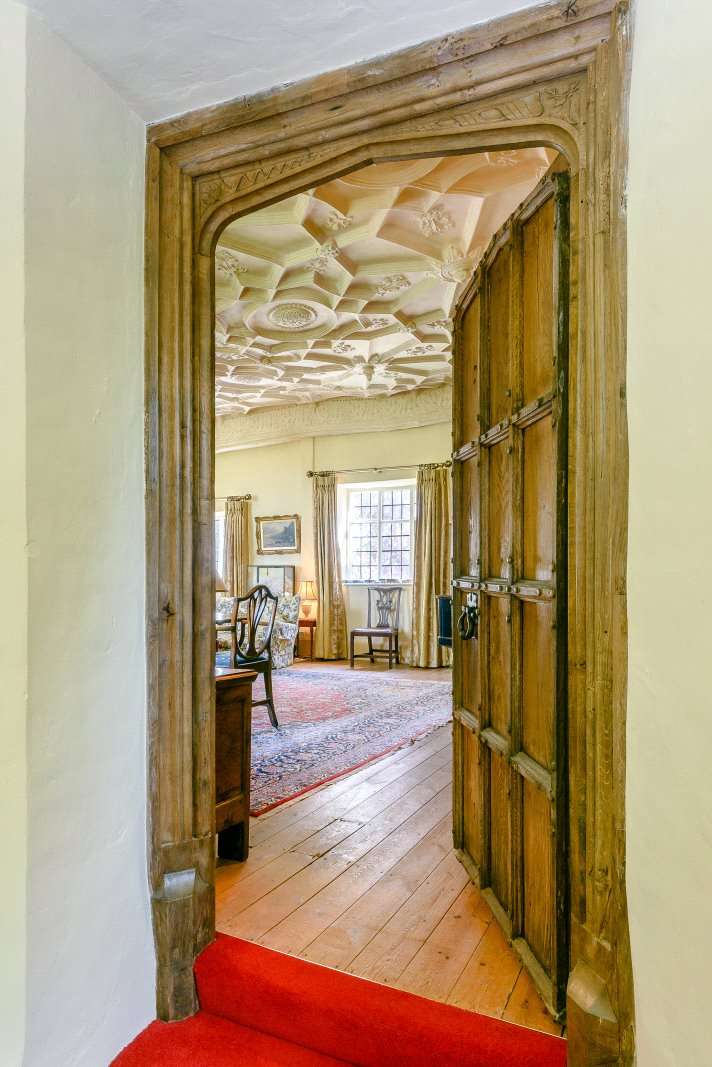 The original Tudor building was erected in 1514 by Sir Edward Chamberlayne, who accompanied Henry VIII to the Field of the Cloth of Gold in 1520.

In 1614, the house was remodelled by Sir Edward’s great-grandson, also Edward, who installed the magnificent plasterwork ceiling in the first-floor Great Chamber, now the drawing room. He may also have remodelled the rest of the house, which incorporates much of the earlier 16th-century building, although lack of funds probably inhibited a full-scale renovation.

The Chamberlaynes were an old family, but apparently neither rich enough, nor influential enough, to profit from the Dissolution of the monasteries and, by the turn of the 17th century, their fortunes were in decline. 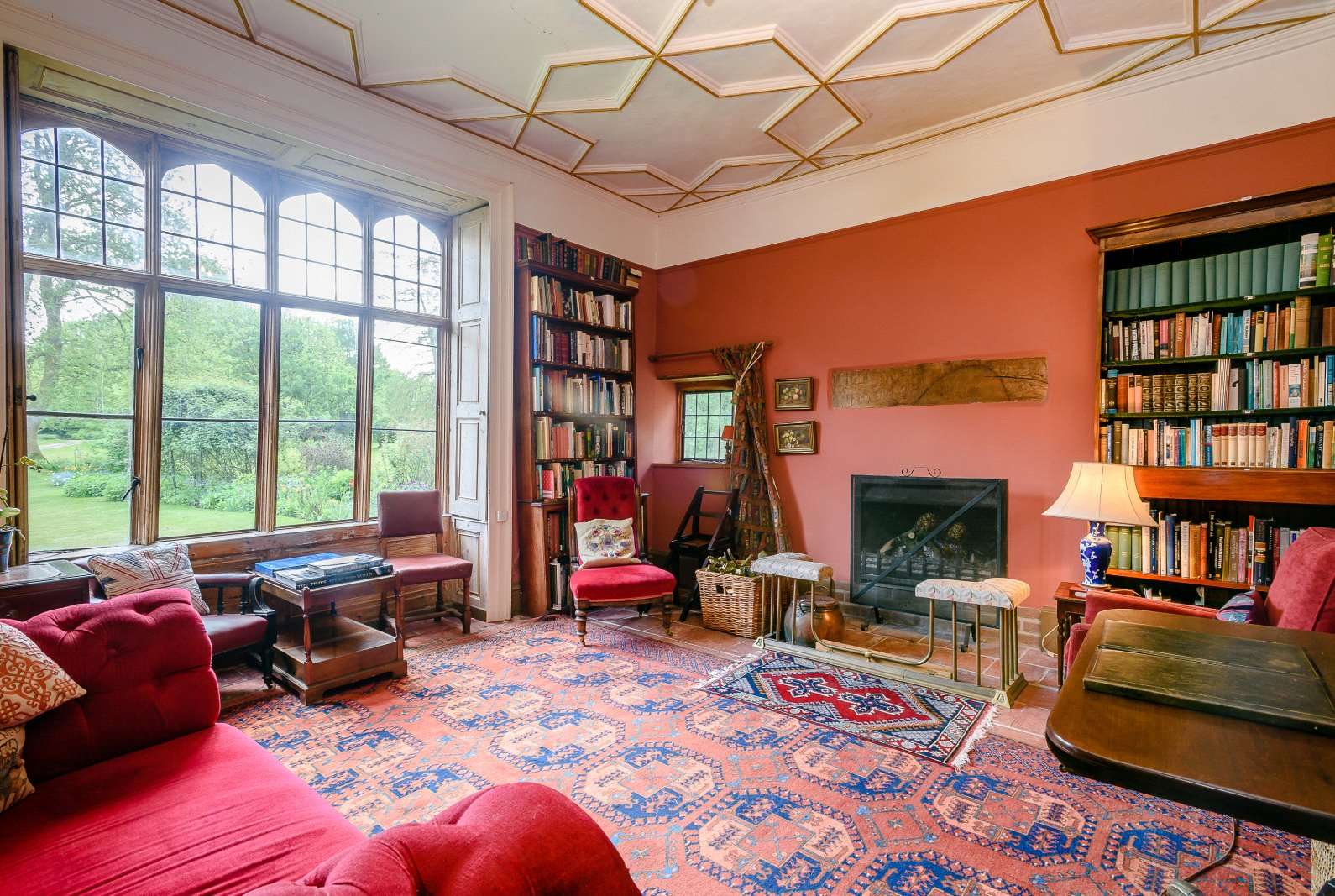 In 1663, Barton Broom was sold to Sir Philip Woodhouse of nearby Kimberley and became a farmhouse, which remained part of the Kimberley estate until the latter was dismantled in 1923.

Thereafter it fell into disrepair until the 1960s, when it was rescued by a Mr and Mrs A. R. Hawker. 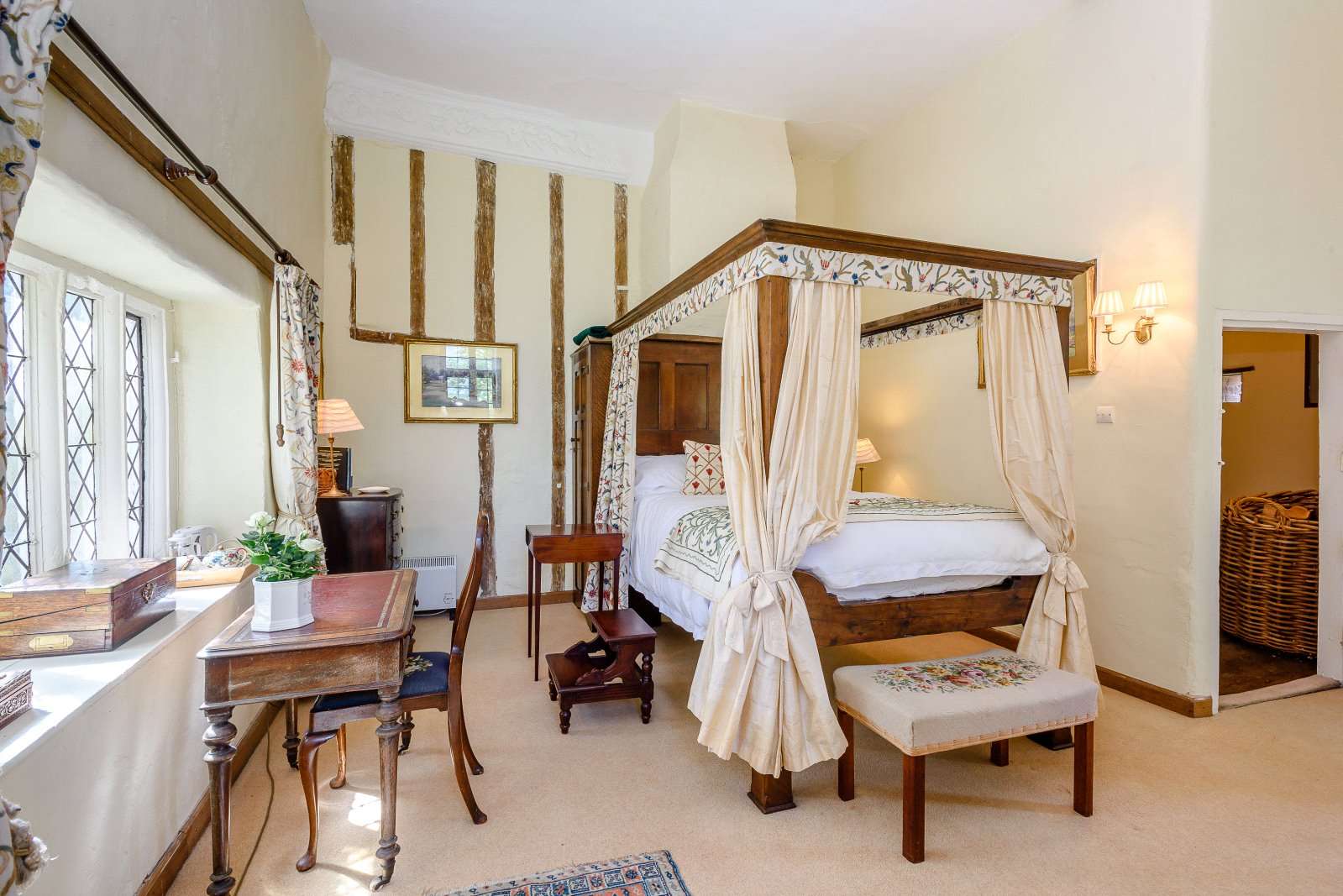 Architectural historian Mark Girouard spoke about the restoration of the house in Country Life in February 23, 1967, using it as a classic example of the situation faced at that time by some of East Anglia’s oldest, but least-known small manor houses.

‘Some of them have been done up and become gentry houses again,’ he wrote.

‘Others have been abandoned, and stand with sagging roofs and gaping windows in the desolate remains of their gardens.

‘Barnham Broom was for many years in the last class, and had, in fact, virtually been given up in despair by preservation societies, although they still doggedly tried to find a buyer. So it was very satisfying to find that it had been bought in the nick of time by Mr and Mrs A. R. Hawker and restored with both care and style – the latter a quality not always found in those who are interested in old buildings.’ 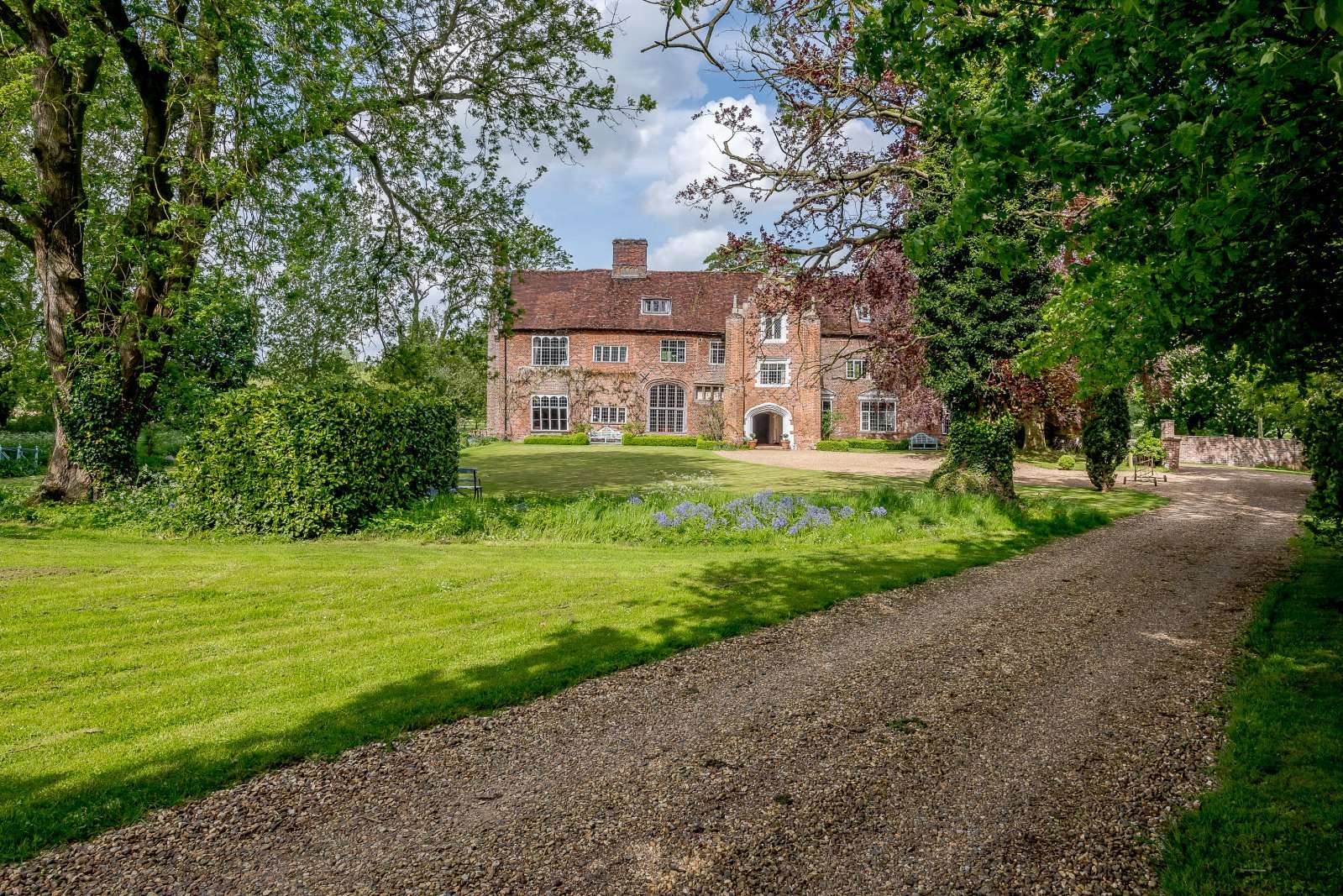 Sadly, the restoration of the house by Mr and Mrs Hawker was not quite the expected happy ending to The Old Hall’s long saga of neglect. Its present owner, Hartley Booth – who, with his wife, Adrianne, bought the hall in 1977 – explains:

‘I was a young barrister working in London, when my wife and I got engaged and started looking for a house.

‘Having grown up in Norfolk, I knew there were lots of old manors around in need of repair, so I trawled through the lists of “Houses at Risk” and eventually found Barnham Broom. By then, the Hawkers had sold the house and it had once again fallen into disrepair.’ 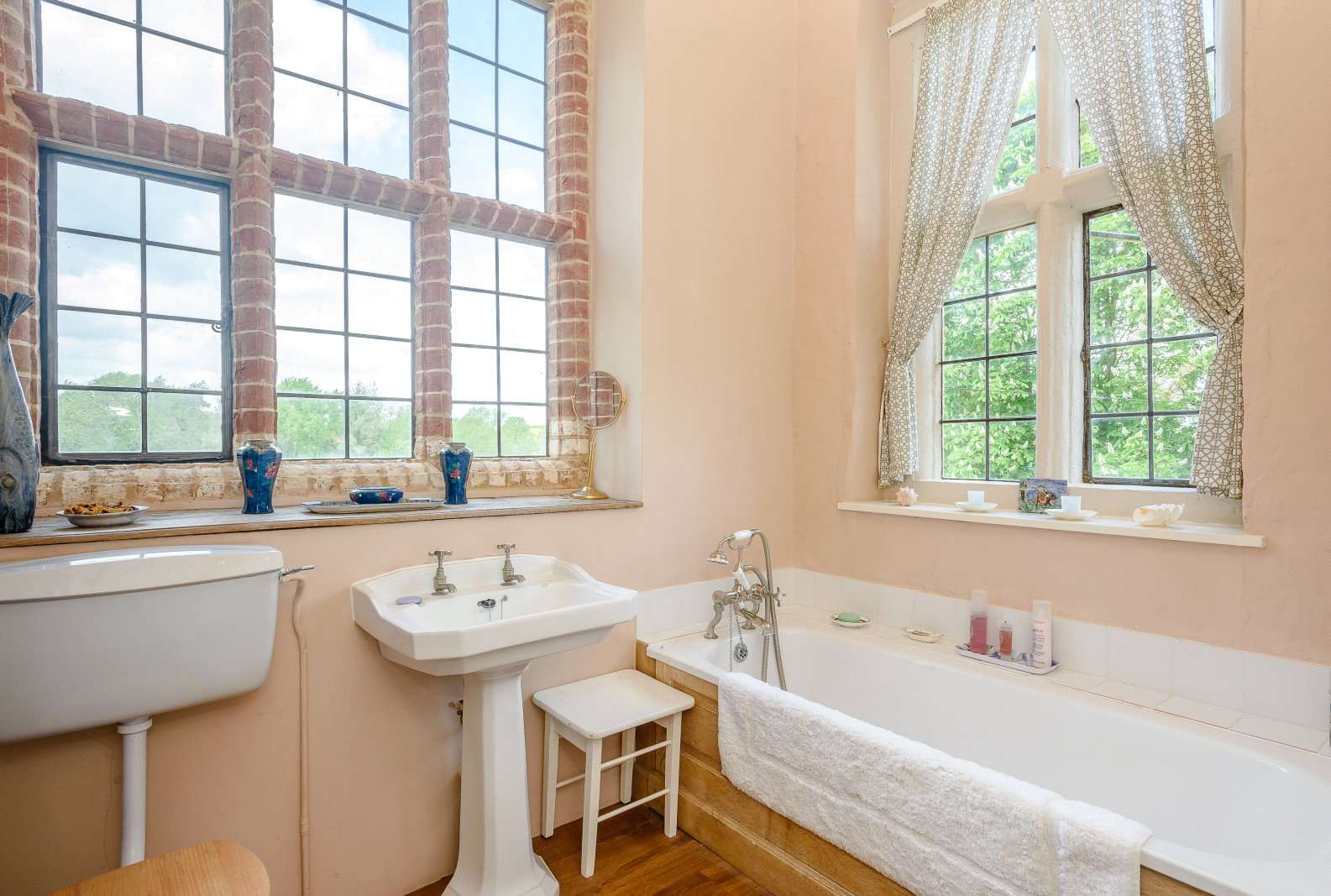 Following their London wedding, the young couple set off to spend their honeymoon at The Old Hall and, three days later, were woken by the sound of rain pouring through the roof onto the landing outside their room.

It was the start of a 41-year programme of restoration and improvement, which included a long-running battle against death-watch beetle and dry rot. 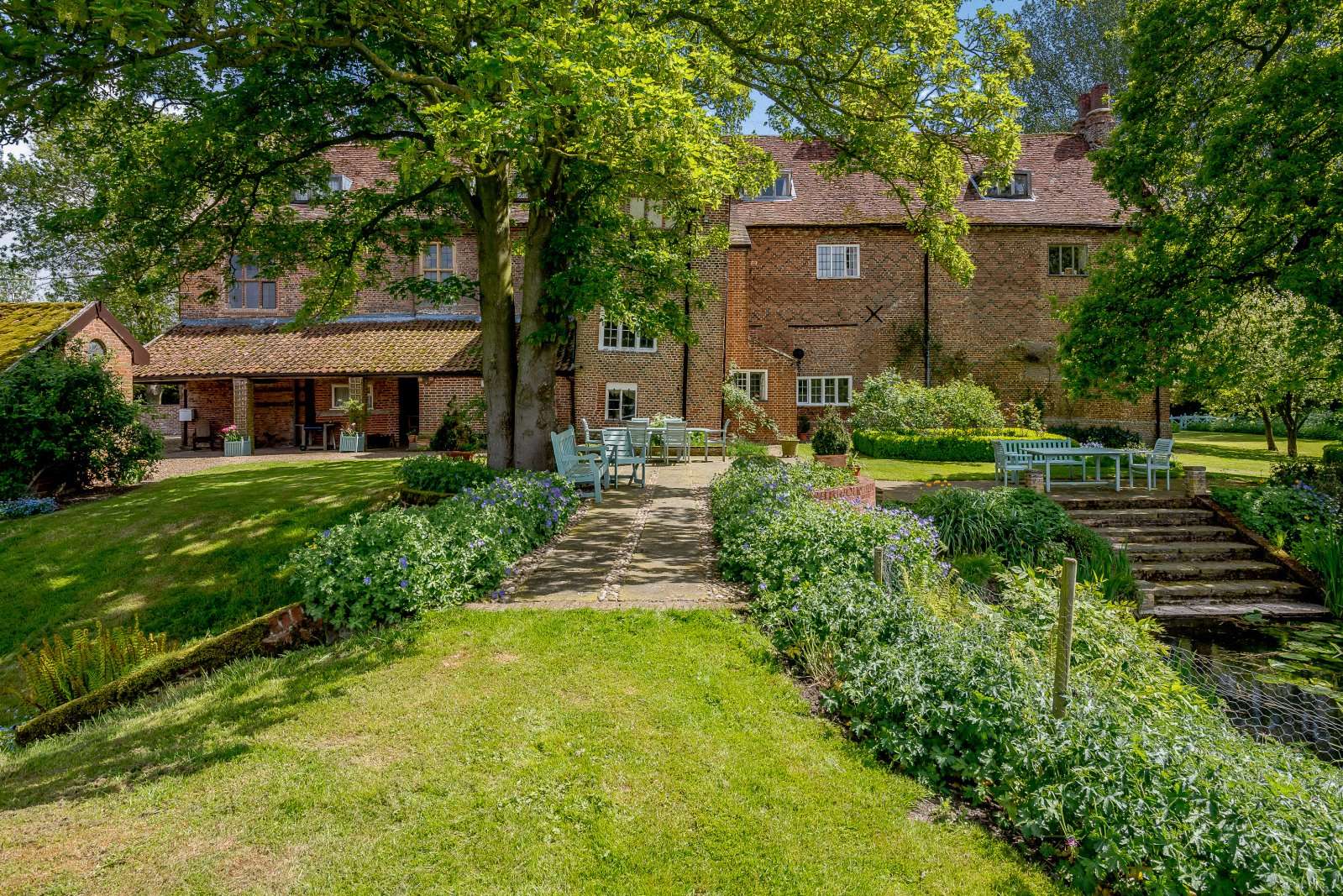 Over time, they rewired and re-plumbed throughout and restored the large, arched, 16th-century window in the dining room. They bought more land to protect the setting of the house, creating an arboretum of broadleaf trees in memory of John Evelyn, based on his Sylva: A Discourse of Forest-Trees (1664).

They also dredged and restored the spring-fed moat, a special feature of the Tudor-themed gardens laid out around the house by Mrs Booth.

The Old Hall in Barnham Broom is for sale via Savills at £1.75m – see more pictures and details.

This gorgeous former school in Oxfordshire is light and spacious, full of character and sits within glorious gardens.