Haseley Park is a medieval deer park once belonging to Henry VII — now, it's home to an unusual collection of new-build properties, one of which is a showcase apartment in the incredible turret.

At the centre of the property in Hatton, Warwickshire, is the Grade II-listed Haseley Manor itself, which has been lovingly converted into a dozen apartments. Nine further houses have been built in the grounds of this fine old place.

Outside, the style of the house is a mix of Gothic and Elizabethan, with rock-faced stone, plain tile roofs and an unusual but rather interesting asymmetrical aspect. 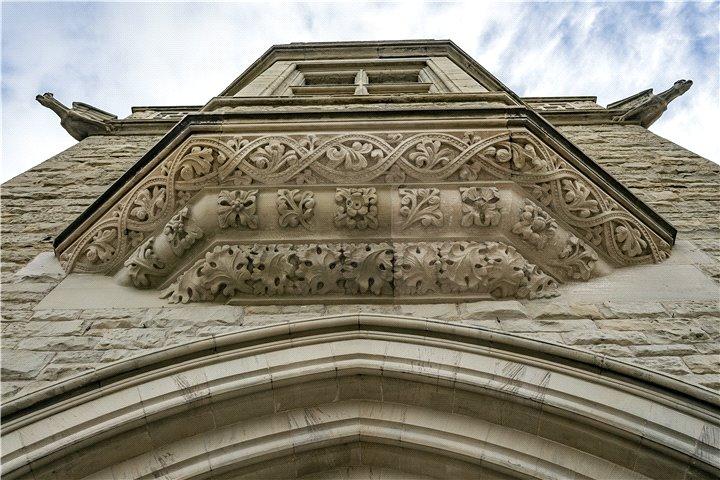 Despite the style, the manor house itself was built in 1875 by William Guy. While it may not be an original Tudor building, it is authentically Victorian and existing features have been kept wherever possible, with stone mullioned windows, high ceilings and original fireplaces. 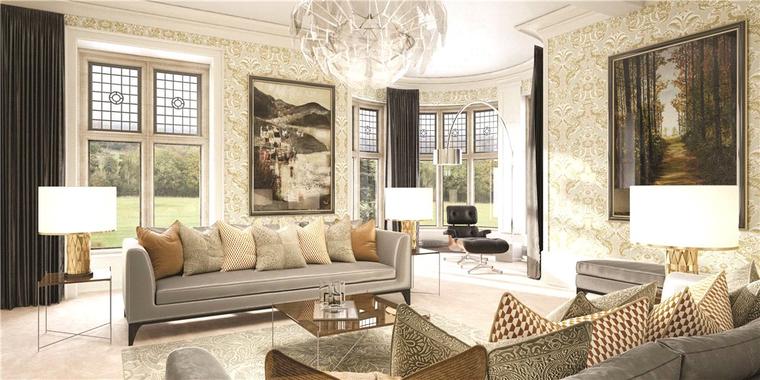 All have plenty to recommend them, as the pictures on this page from a selection of the residences demonstrates. But arguably the pick of the bunch is the three-bedroom apartment 10, which looks out across the countryside. 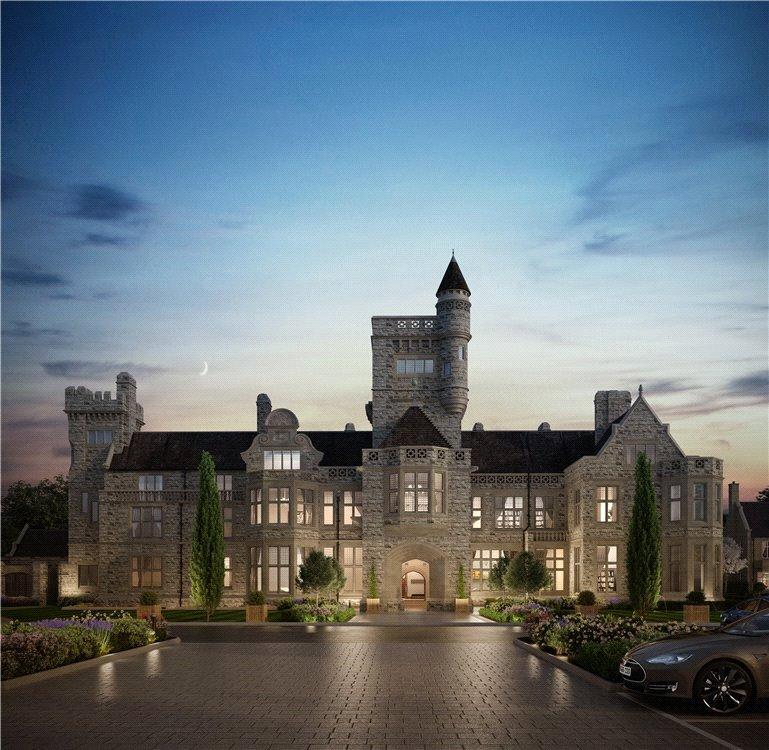 It’s listed as ‘price on application’, and features  a split level entrance hall, kitchen-diner, a striking living room an a ‘study deck’ within the turret itself. 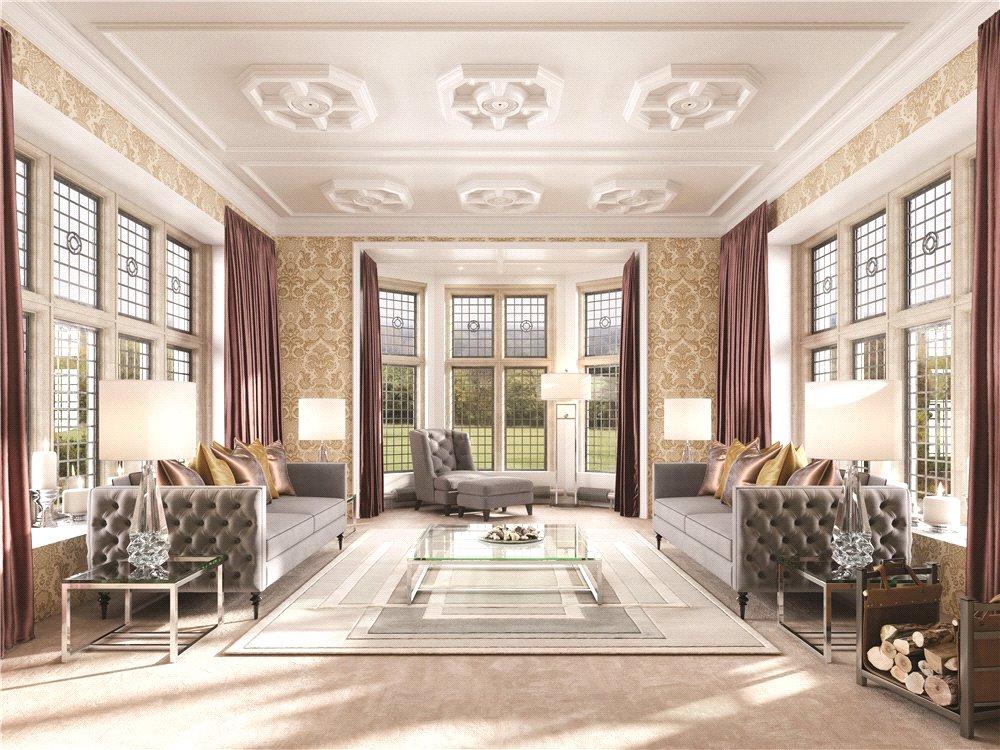 The agents describe it as ‘exceptional’ and a ‘one-off apartment’ that ‘must be seen to be fully appreciated’. Those are hardly phrases that we’ve not heard before from agents, but this beautiful-looking place — with that asymmetric tower offering an almost Disney-esque touch of whimsy — does seem like it earns the praise. 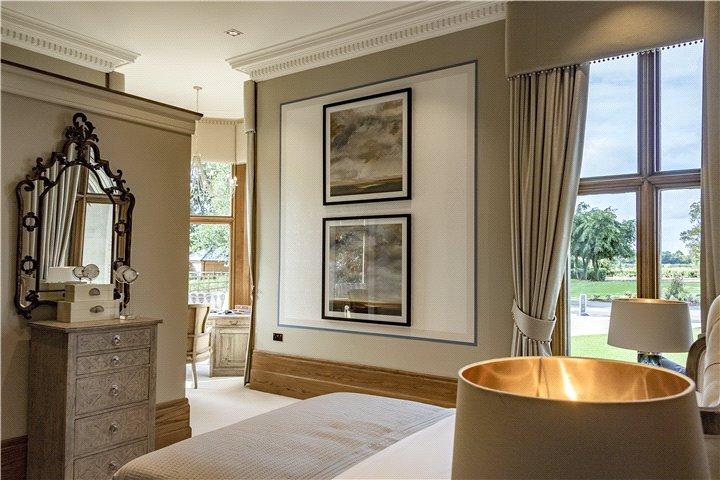 The estate has been developed by Spitfire, which specialises in sustainable, high-spec homes — think fittings and appliances  by the likes of Miele, Villeroy & Boch and so on — and the developers are clearly targeting well-heeled buyers getting out of the cities. The fact that Warwick, four miles away, has fast links by road and rail to both Birmingham and London will no doubt help them find those people. 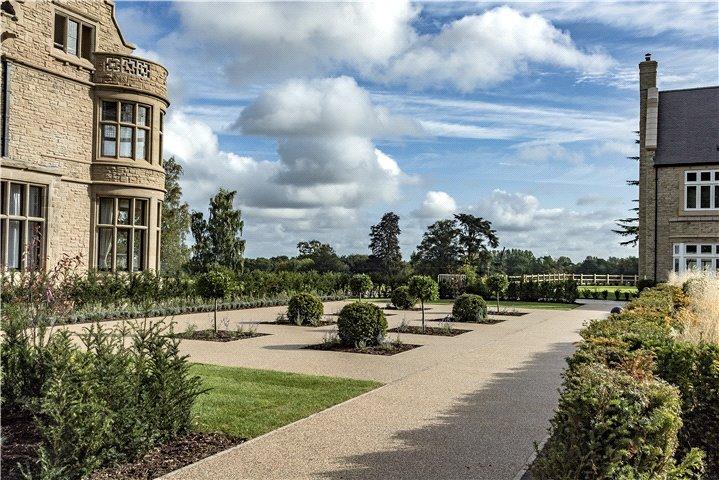 Apartments cost from £600,000 via Knight Frank, while apartment 10 is price on application. Visit www.spitfirepg.co.uk for further information about the development.

The bathroom at Upton House, photographed in the summer of 1936. Credit: A. E. Henson / Country Life Picture Library

The bathroom at Upton House in Warwickshire was featured in Country Life back in 1936.