From time to time an estate comes up for sale which looks like something out of a bucolic fantasy novel. This Gloucestershire property – a late-Tudor home in dozens of acres of sprawling countryside – is just such a place.

The magnificent weather this summer has had all sorts of unexpected effects. Some animals  and birds have thrived while others have suffered, for example, while even now exotic fruits are bursting forth in gardens from shrubs which hadn’t offered up anything except foliage and flowers for decades.

In the property market, we’re still feeling the effects too. Those getting pictures taken of their homes ahead of getting them on the market in late summer or autumn have clearly enjoyed the benefit of having done so in blazing sunshine – as was the case with Estcourt Grange, in Gloucestershire. 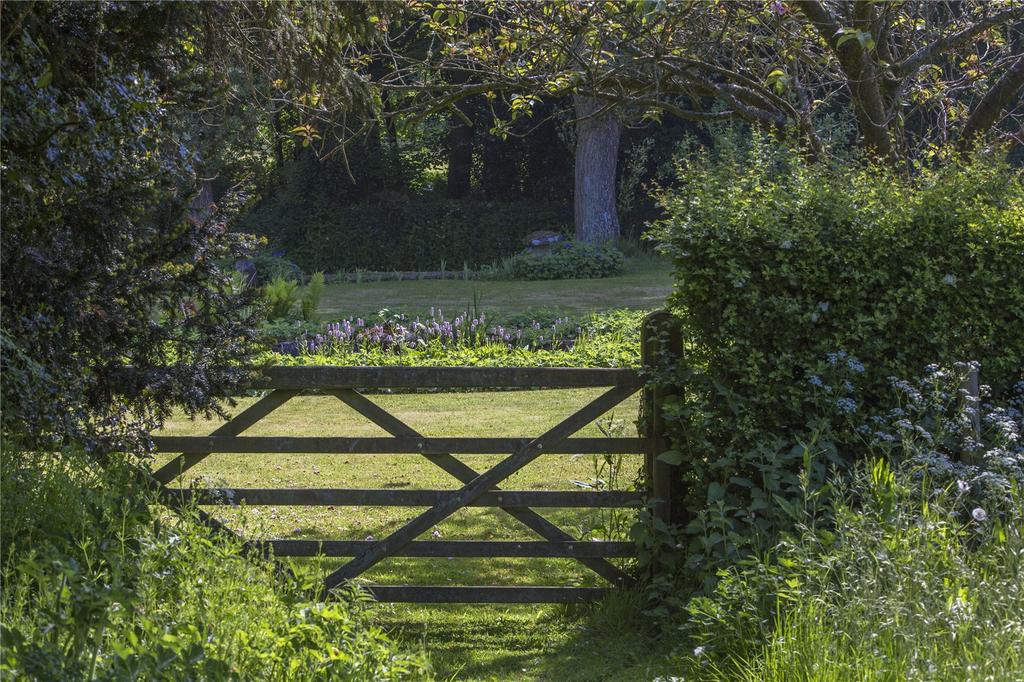 Estcourt is on the market via Savills at a guide price of £5 million, for which the purchaser will take possession of the main house plus several other cottages, all set within 80 acres of glorious Cotswold countryside on the banks of the River Avon. 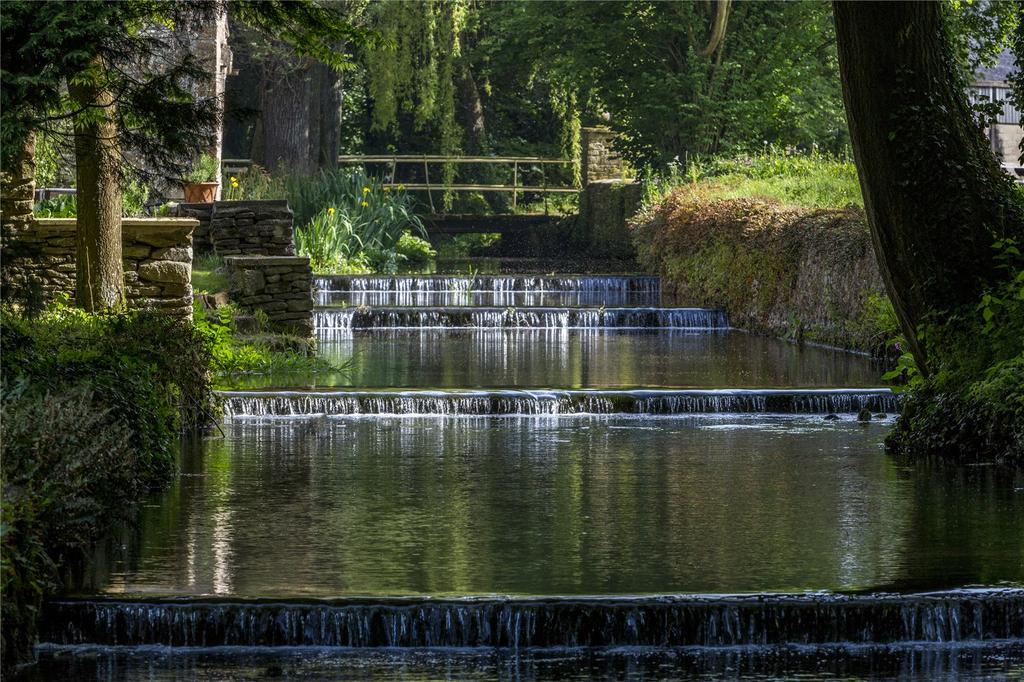 It’s a home that would have been astonishingly pretty even with grey skies and horizontal rain; but these images, taken on a perfect, dusky summer’s afternoon, ramp up the charm to extraordinary levels. 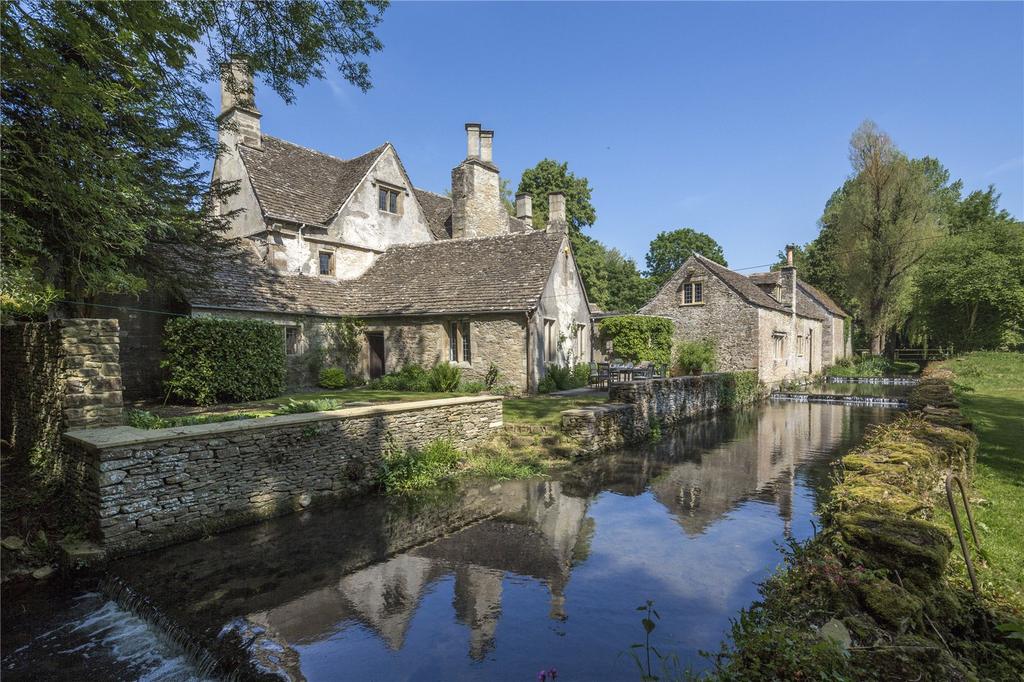 The main house, built in the late 16th and early 17th centuries, is a grand and striking place full of period details. The dining room, for example, boasts a with a magnificent fireplace with a coat of arms carved into it. 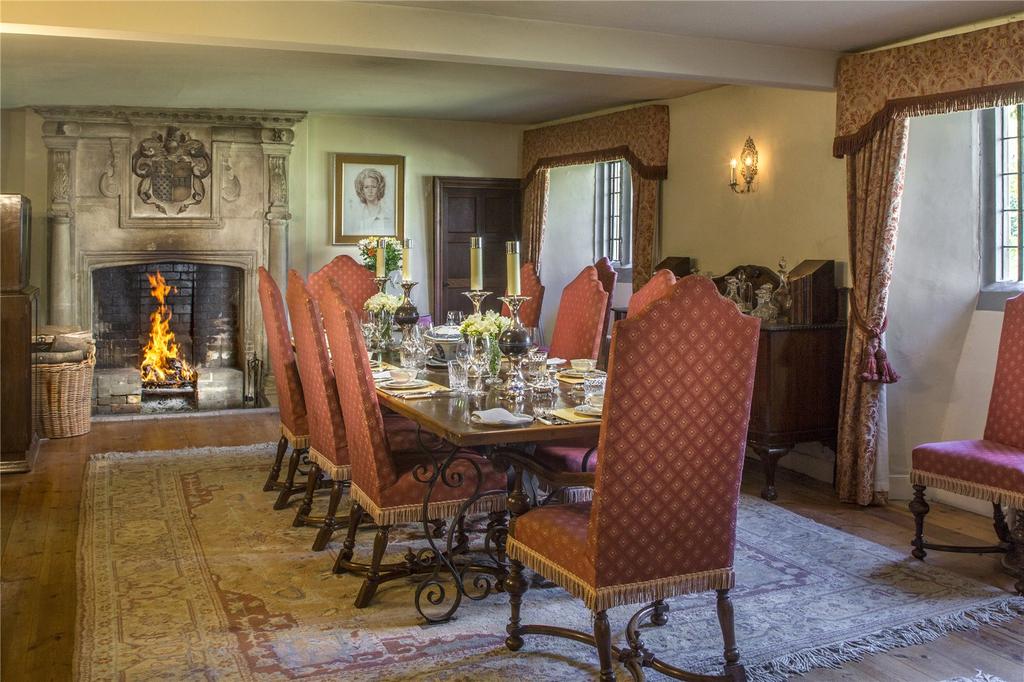 The huge sitting room is almost as grand, with a stone fireplace, ceiling beams, stone-mullioned windows and oak-panelled walls. 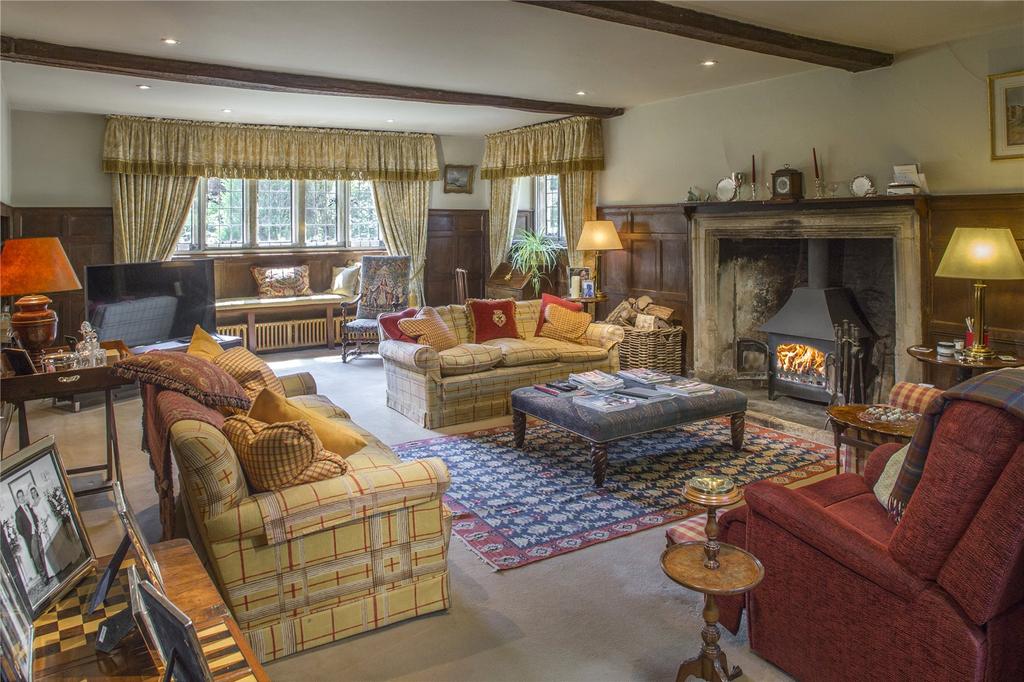 Upstairs there are ten bedrooms plus a games room set across the first and second floors; the master bedroom is worthy of a special mention, not least because it has a dressing room which, at 16’9″ by 14’7″, would make for a decent-sized bedroom in its own right. 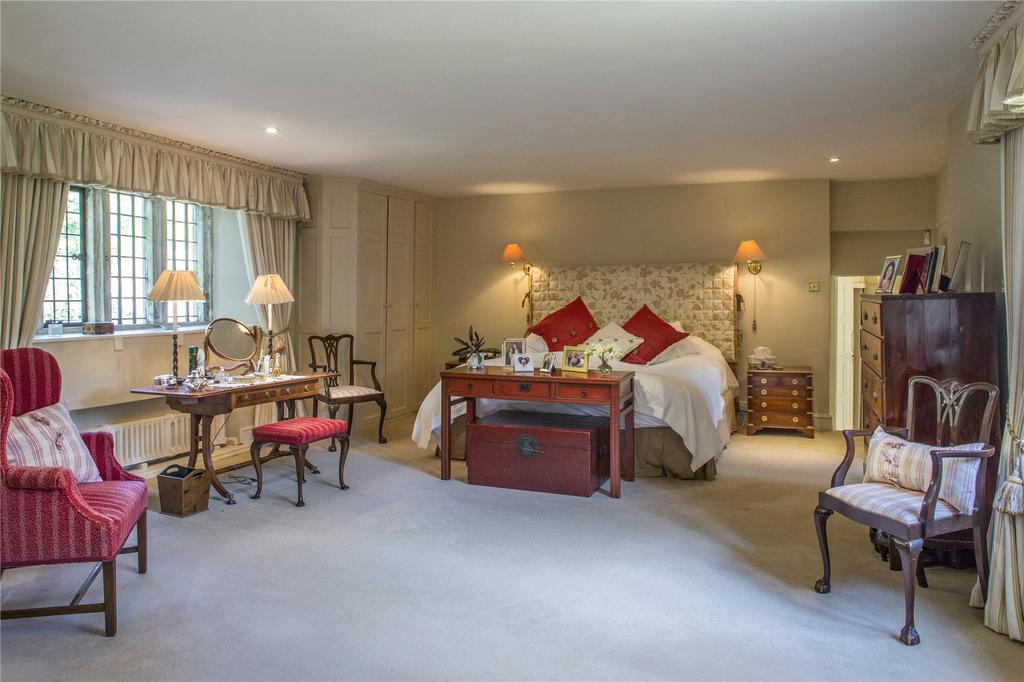 Beyond the main house itself there are beautiful gardens, woodland and several outbuildings, including some gorgeous old stables, while the surrounding fields are used for pasture. 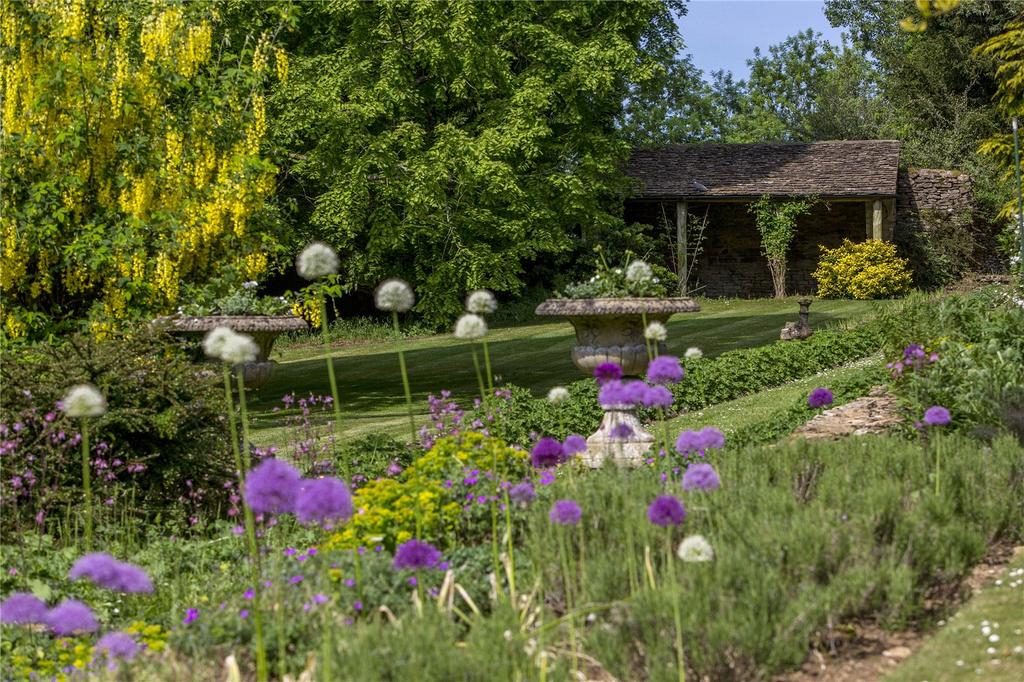 There are also four further dwellings included in the sale: a terrace of three cottages plus a separate detached bungalow, all of which are let out under short term tenancies.

Estcourt Grange is for sale via Savills at a guide price of £5 million – see more details and pictures. 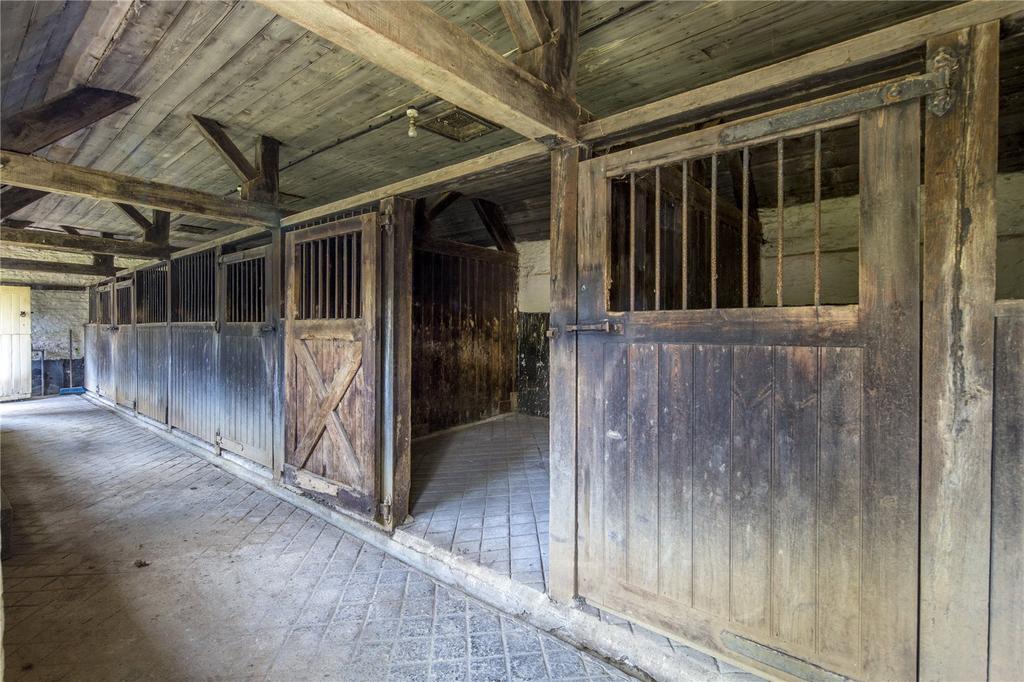