Carla Passino takes a look at the finer things about living on Primrose Hill.

It takes good legs to get to the top of Primrose Hill, but the view rewards the effort. The London skyline seems to rise from the foot of the grassy slope, an arresting sequence that takes in the dome of St Paul’s, the spike of the Shard and the less architecturally distinguished — but equally distinctive — BT Tower. The light plays on the distant buildings and although many of them had yet to be constructed when William Blake made his way here, it’s easy to see why the poet felt he had met the ‘spiritual sun’ on Primrose Hill.

Long before Blake wrote his lines, however, this pretty corner of London shot to national attention not for its beauty, but for a heinous murder. In the late 17th century, the hill was a tranquil spot carpeted with primroses, but was also remote and part of it was thick with brambles — making it the perfect place to dispose of a dead man. It was in a ditch on the hill’s south side that the body of Sir Edmund Berry Godfrey was found on a grim October day of 1678. A magistrate whose probity earned him a reputation as ‘the best justice of the peace in England’, he had vanished a few days earlier, not long after he’d taken the deposition of clergyman Titus Oates, who alleged that there was a Popish Plot to kill Charles II.

The murder was pinned onto a Catholic circle at Catherine of Braganza’s court and three men were arrested: sentenced to hang at Primrose Hill, they died protesting their innocence. The Popish Plot was later revealed to be a hoax and, nearly 350 years later, Sir Edmund’s death remains shrouded in mystery.

Until then, the area, much of which belonged to Eton College, had lived in almost perfect quietude, but, by the end of 18th century, the hill had not only been the backdrop for the first-ever gathering of Welsh bards, organised in 1792 by poet, opium addict and literary forger Iolo Morganwg, but was also increasingly becoming a duelling ground.

As the capital expanded, Primrose Hill turned into a prime development opportunity. First came the canal in 1816, then, in 1838, the railway, widely regarded as an engineering triumph because it passed under the hill, through London’s first train tunnel.

Hipsters? Us? A Fiat 500 parked outside restaurant in Primrose Hill.

Two years later, Charles Fitzroy, 3rd Baron Southampton, who owned the parts of Primrose Hill that didn’t belong to Eton, auctioned off his land and, in the following decades, up came a handful of large villas, numerous terraces — to this day, Chalcot Crescent’s row of pastel houses vies for the title of London’s prettiest street — and several workshops that made piano parts.

‘Camden Town, including Primrose Hill and the whole area up to Kentish Town, was the centre of the British piano-making trade,’ explains Martin Sheppard, author of Primrose Hill: A History. Luckily, the hill itself, which had become a popular getaway for Londoners, was spared.

After Eton’s bizarre plan to open a giant cemetery failed, the school swapped land with the government in 1842 and the hill was turned into a ‘park for the people’, where, as Italian exile Giuseppe Maria Campanella wrote in 1875, families dressed in ‘clean and homely’ clothes sat ‘in the simple, but, to them, only too rare enjoyment of the fresh air and the warm sunshine’.

Primrose Hill Books is a landmark on Regents Park Road.

The ‘city of houses’ that, according to Edward Walford’s Old and New London, grew between Primrose Hill and St Pancras counted among its residents Lady Anne Isabella Byron, outstanding mathematician, anti-slavery activist and unfortunate wife of Don Juan’s libertine author.

Many prominent figures followed in her wake, from philosopher Friedrich Engels (Karl Marx lived close by in Chalk Farm) to H. G. Wells who, in The War of the Worlds, had the invading Martians build ‘a mighty space’ on the crest of Primrose Hill.

Wells was one of the many artists and writers that called the area home: others included Sylvia Plath, who first lived at chocolate-box-pretty 3, Chalcot Square with Ted Hughes, then, after they separated, at 23, Fitzroy Road, in what had previously been W. B. Yeats’s childhood home; and Kingsley Amis, who unfailingly went to The Queen’s pub for (copious) drinks and to French restaurant Odette’s for lunch (both subtly referenced in The Folks That Live on the Hill).

After seeing a gentle decline in the post-war years, the area ‘slowly started being gentrified,’ says Mr Sheppard, and today, ‘it’s a place people like living in — it has a pleasant atmosphere’.

Village spirit is especially strong, with a community centre in a former piano factory, a local library run by volunteers and ‘a good number of events’. Mr Sheppard himself turns into an opera impresario once a year when, with a friend, he puts on the Primrose Hill Opera Cabaret: ‘We get professional opera singers to come and sing, there’s a long interval for an indoor picnic and, at the end, every-one gets a chance to sing the Slaves’ Chorus from Nabucco.’ That’s a feat that other parts of London may find hard to match.

What you could buy on Primrose Hill 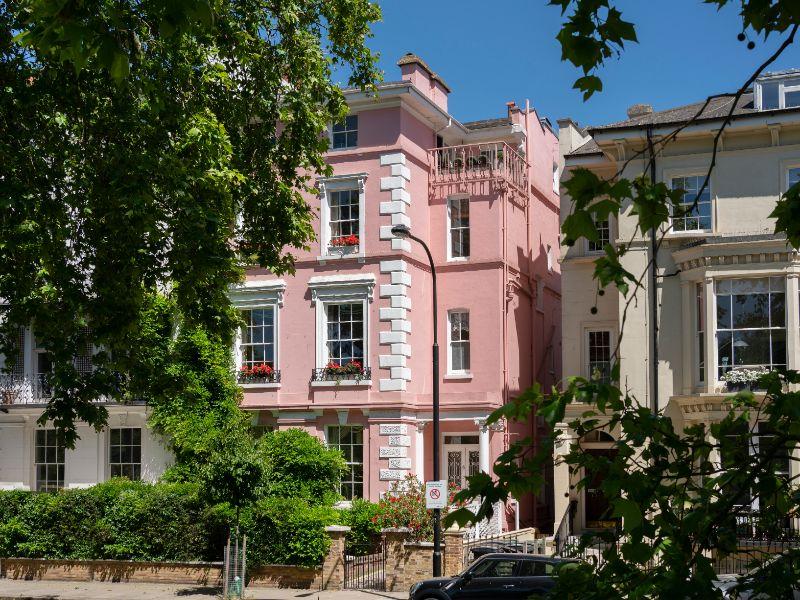 A house that’s famously known locally as ‘The Pink House’, for sale for the first time in four decades. 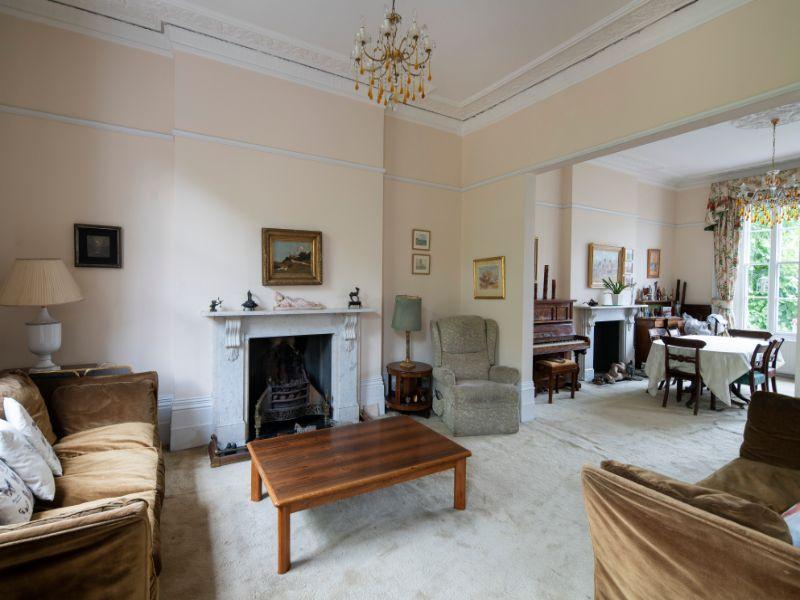 It looks directly across to Primrose Hill, and while there’s a lot of TLC and updating now needed, this could become one of the finest homes in the area.

For sale with Beauchamp Estates. See more pictures and details about this property. 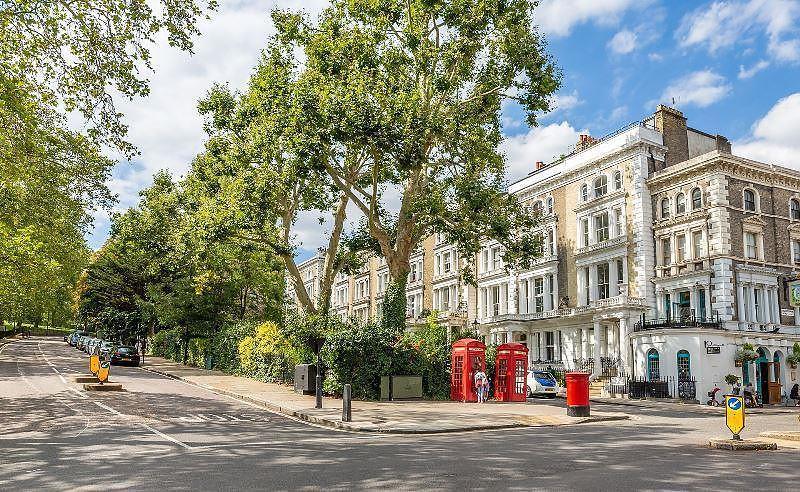 A split-level maisonette in a lovely old building, with views across the park. 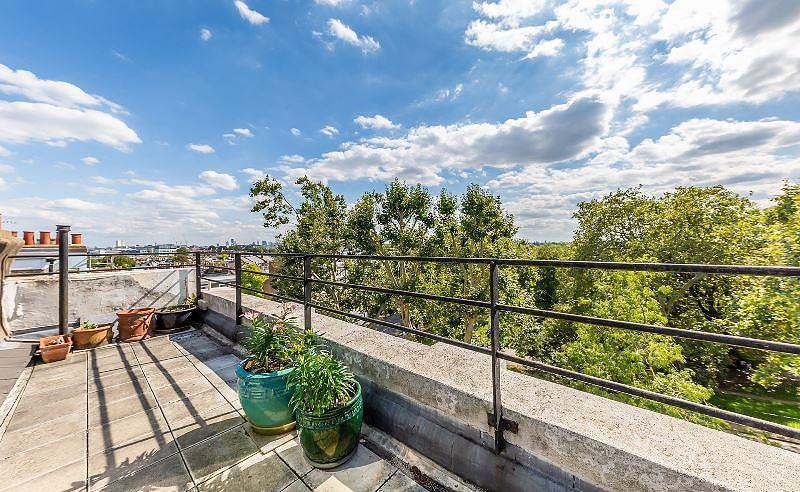 For sale with David Birkett. See more pictures and details about this property. 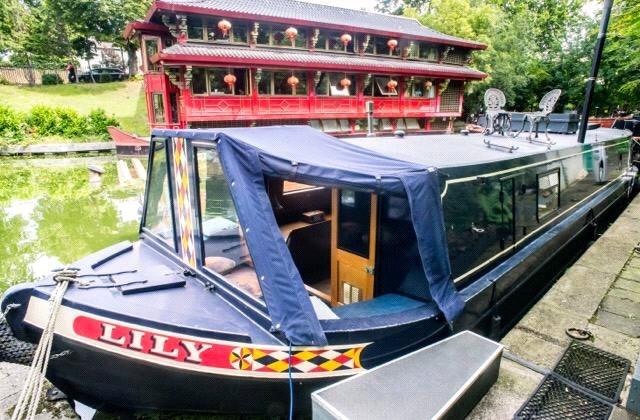 If you’re after Primrose Hill living on a budget, it can be done — but you’ll be buying wood and steel, not bricks and mortar. 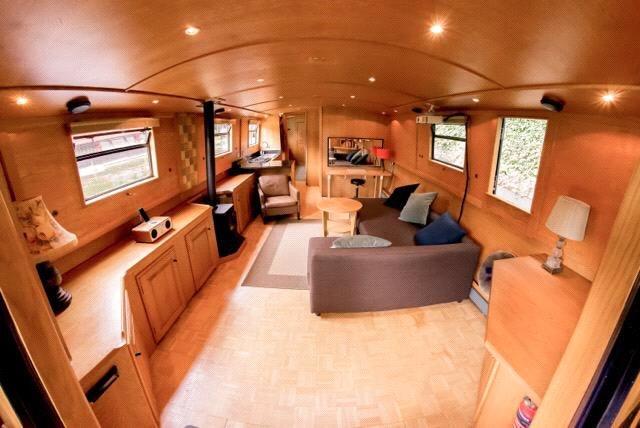 For sale with Goldschmidt. See more pictures and details about this property. 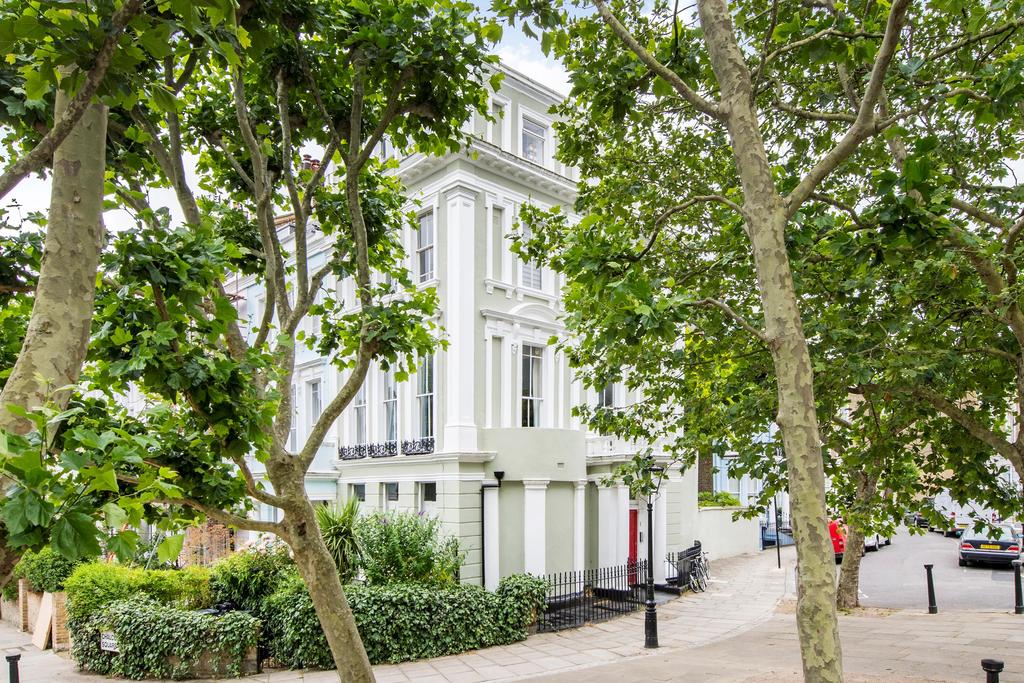 This beautiful apartment has one of the best addresses in Primrose Hill, and even has a private rear garden. 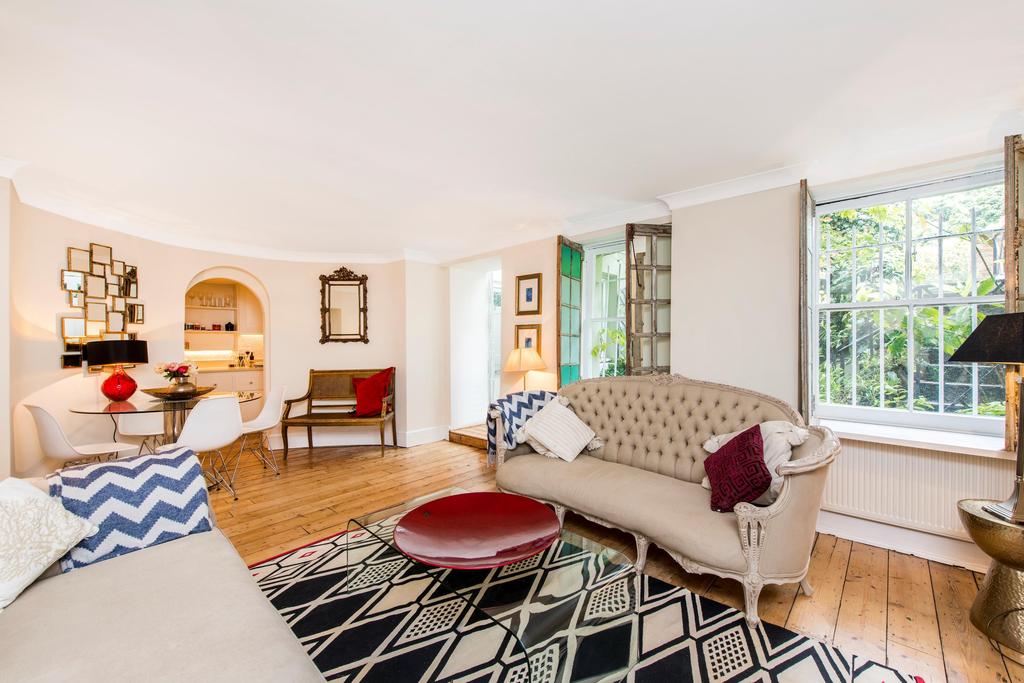 This article appears in the London Life section of Country Life’s 4 November 2020 issue, which also includes an interview with Cerys Matthews and a feature on the greatest libraries in the capital.