Trending:
Heathside is for sale at £7.65 million. Credit: Savills

Ideal for entertaining, this magnificent Hampstead property is less than one minute away from the green expanse that inspired Constable.

It was home to Agatha Christie, Peter Fleming and Sigmund Freud. It inspired Keats, Constable and P.L.Travers. There’s virtually no area of London that has played a greater part in the history of British arts than the hilly, pond-studded expanse of Hampstead.

After centuries of relative anonymity, a combination of clean air, good water and cheap accommodation began attracting some of the country’s greatest poets, painters and actors. What had been a trickle in late Georgian and Victorian times became a stream in the 20th century, when anyone who was anyone in London’s creative set either moved or visited the village.

One of the key figures that settled in early 19th-century Hampstead was John Constable, who painted many views of the Heath. Credit: Universal Images Group via Getty

Many of these movers and shakers then became wealthy and influential but remained loyal to Hampstead turning it into what it is today: one of London’s most affluent, tolerant and somewhat eccentric neighbourhoods.

Now, right next to the heath that featured so prominently in Constable’s paintings, Savills are marketing the aptly-named Heathside, a climber-clad property that selling agent Peter Brookes calls ‘one of the finest period houses in Hampstead village’. 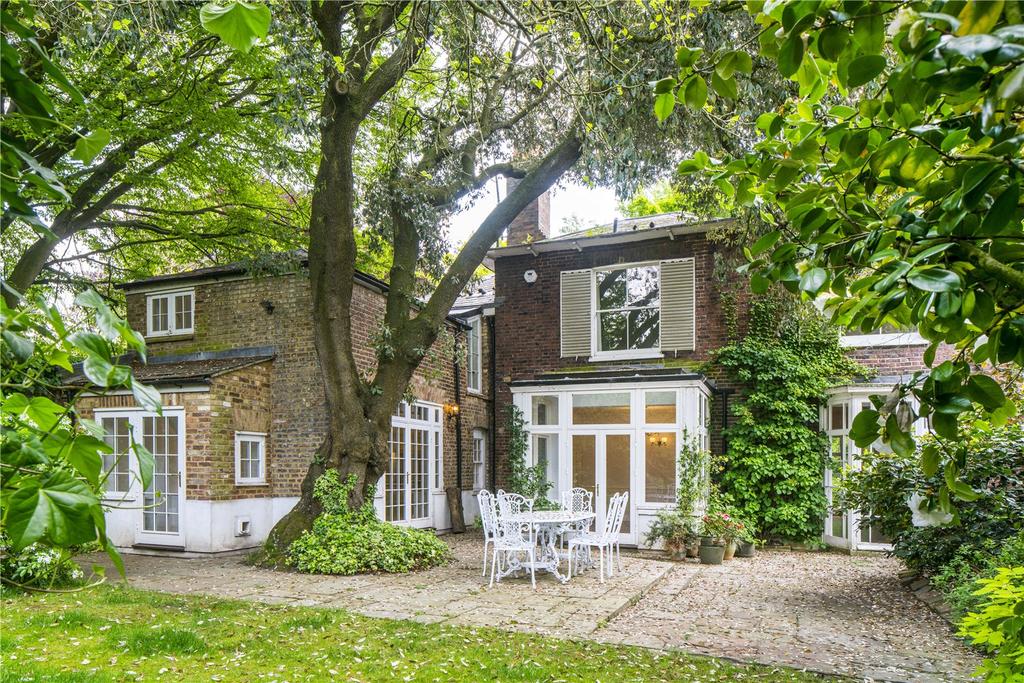 Built in Georgian times and listed Grade II, this Hampstead property has more than 3,300 sq ft of living space spread across two floors. The interiors, full of character and interesting details, are perfect for entertaining, with three large reception rooms — including a vast kitchen and family room with Aga — on the ground floor. 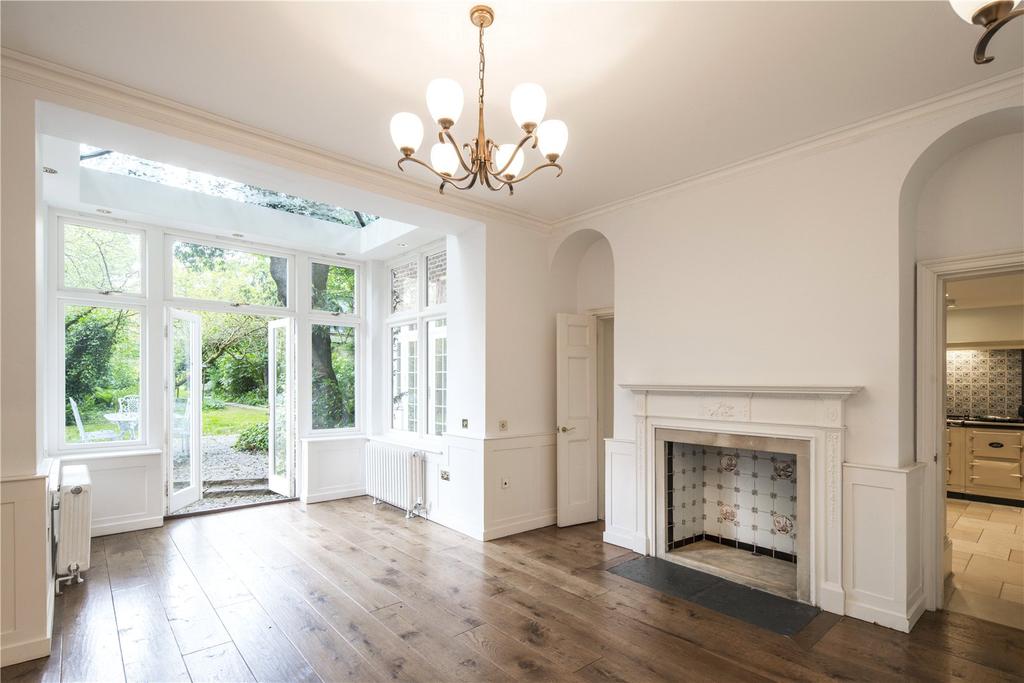 Upstairs are four bedrooms and a galleried study, while the basement hides that all-important wine cellar. 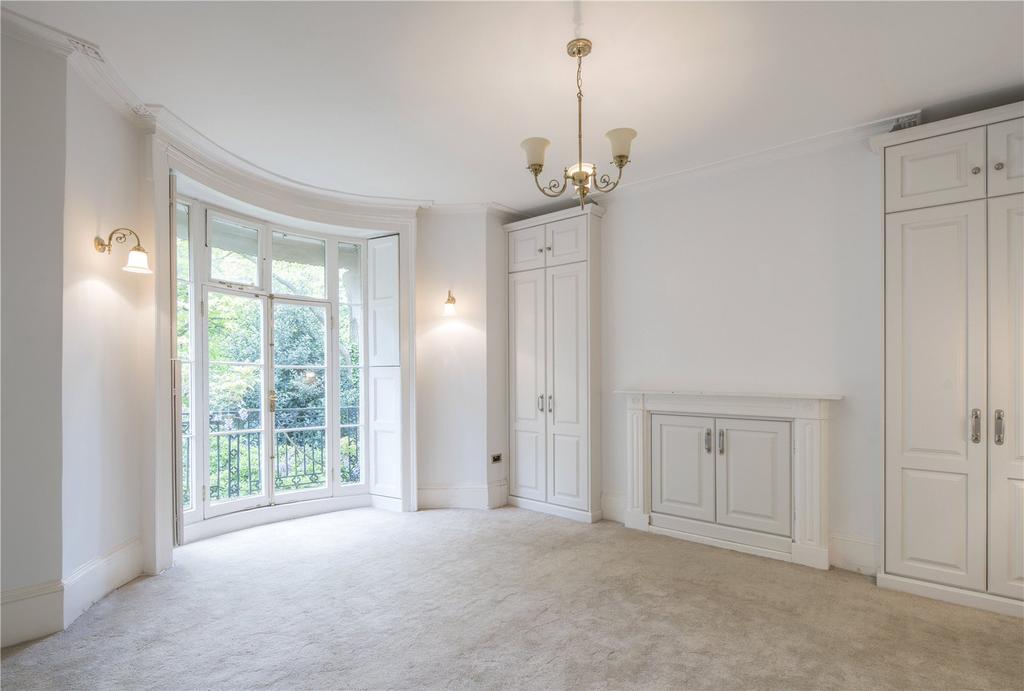 The mature garden spans about 0.33 acres and comes complete with a patio terrace for alfresco dining in summer. 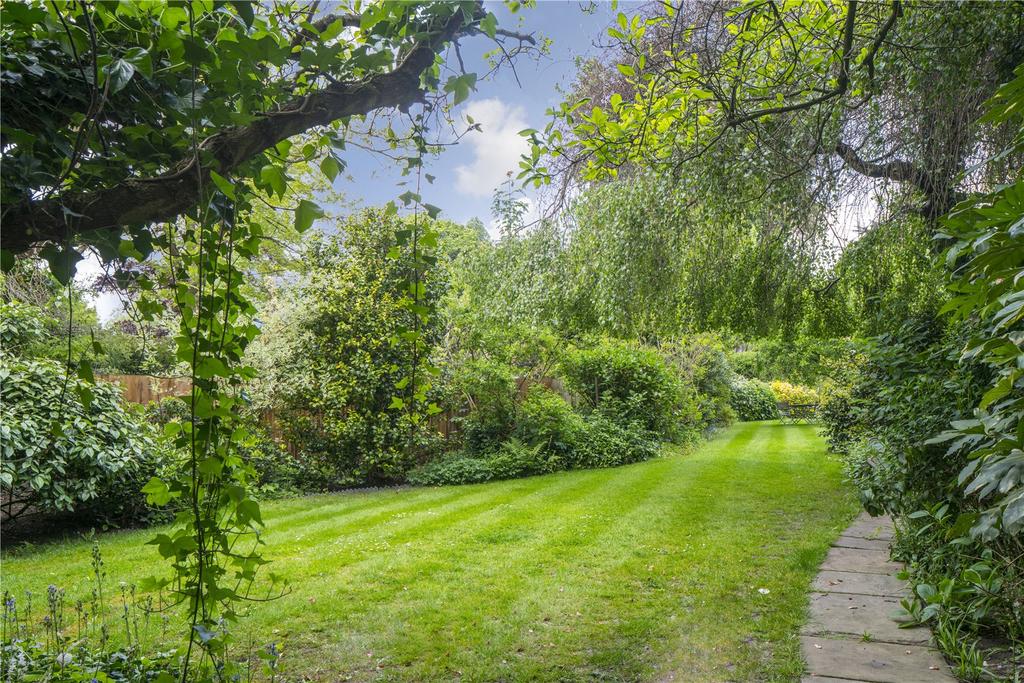 The many local shops, restaurants and bars are just a short walk away, making this house, as Constable himself wrote of Hampstead to his friend, Archdeacon Fisher, a place where people can ‘above all see nature & unite a town & country life.’

For sale through Savills, Heathside is on the market for £7.65 million — see more details and pictures

The former home of P. L. Travers, one of the 20th century’s most influential authors, is sure to be snatched