Bartley Manor has undergone a series of renovations to return it to its former glory, with each owner since the first leaving their own unique stamp on the property. Penny Churchill reports.

Built in the late 18th century with early- and late-20th-century extensions, Grade II-listed Bartley Manor at Bartley, three miles from Lyndhurst, Hampshire, is one of few Georgian manor houses to be found within the bounds of what is now the New Forest National Park. 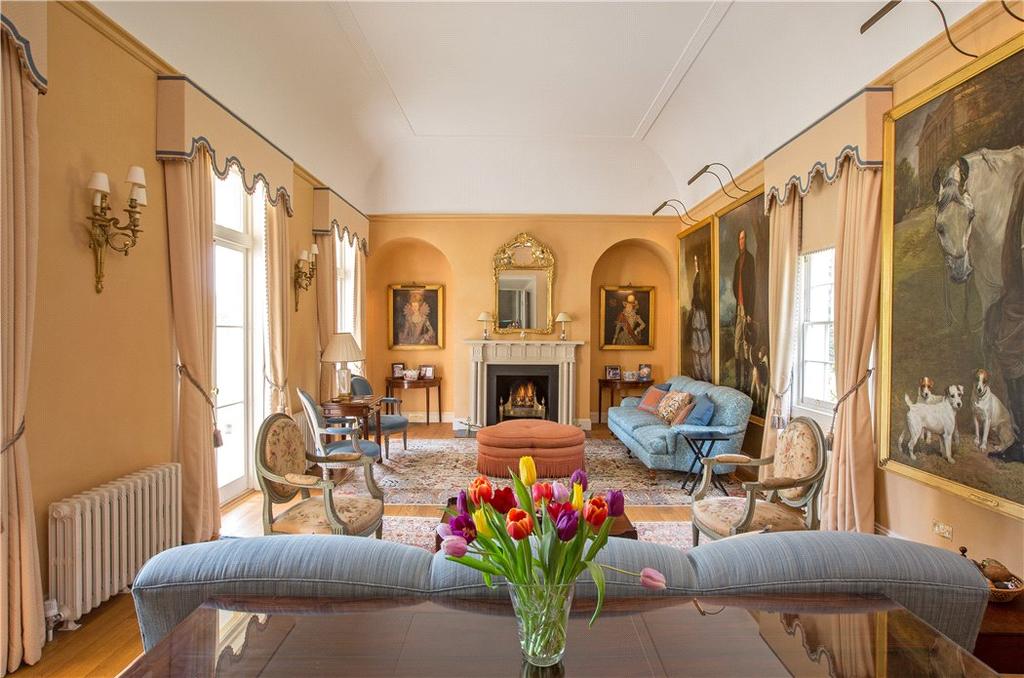 It was precisely this attribute that attracted the attention of Bartley Manor’s current owners, who were looking for a house in the New Forest when, in 2000, a picture of the manor in a Winchester estate agent’s window caught their eye – and fired their imagination. Having bought the house with its former farm buildings and 30-odd acres of land in a ‘very rundown’ state, they embarked on a major programme of renovations. 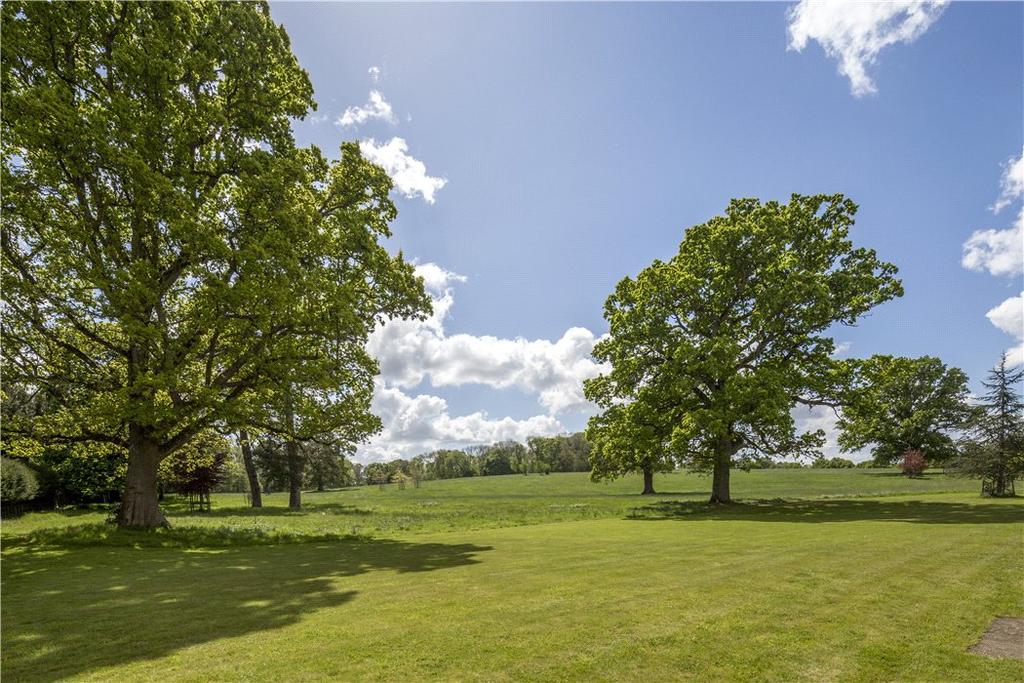 Now, with downsizing on the agenda, a rejuvenated Bartley Manor has been launched on the market through Knight Frank at a guide price of £4 million. 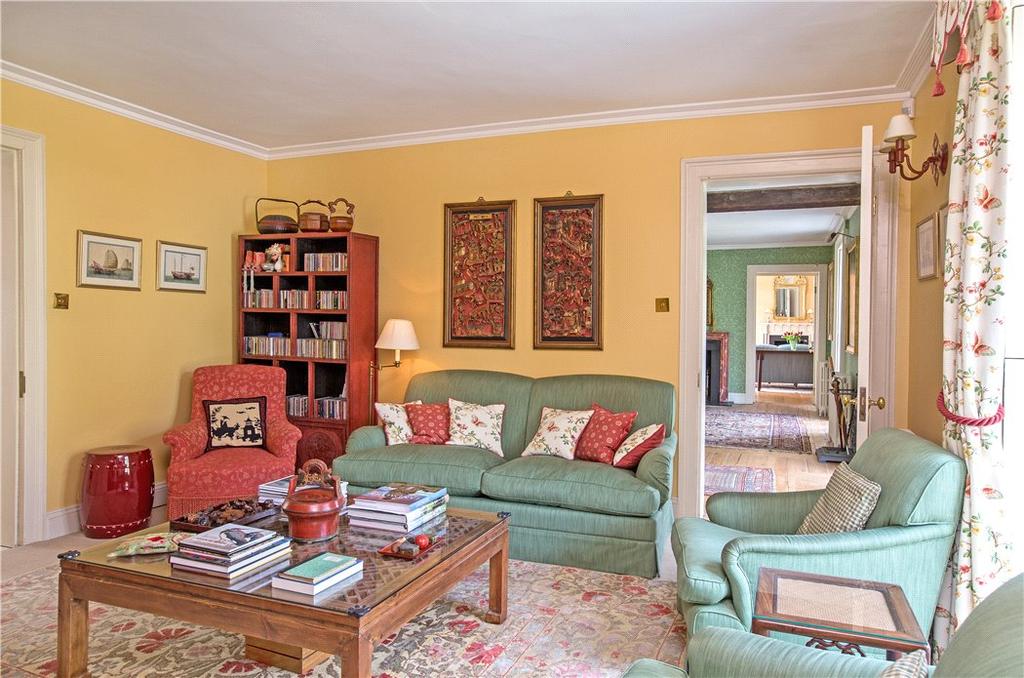 A handful of dedicated owners have left their mark on the manor, the longest tenure being that of the Maitlands, a distinguished military family from Devon. From the late 1850s until his death in 1926, the manor was home to Capt Reginald Paynter Maitland of the Royal Artillery, succeeded by his son, also Reginald. Exemplary service as a battery commander with the Royal Horse Artillery during the First World War saw the young officer awarded the DSO and Croix de Guerre and he retired with the rank of Lt-Col in 1932. He died at Bartley Manor in April 1939, aged 57. 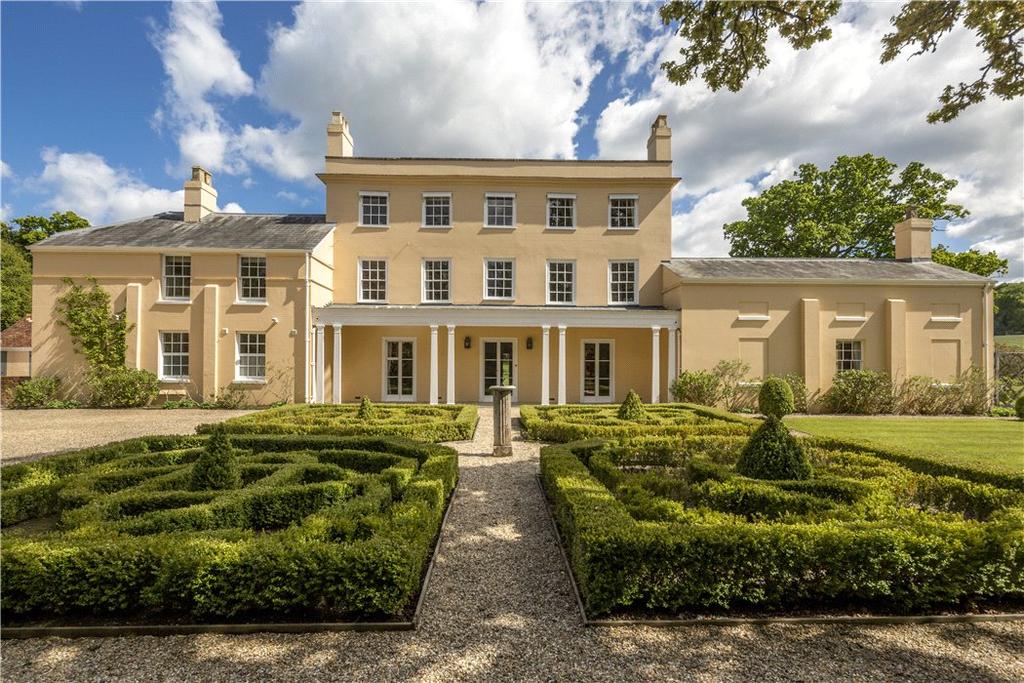 Soon afterwards, a footnote in Country Life (August 26, 1939) announced that ‘Bartley Manor, a Georgian house in 48 acres on the fringe of the New Forest three miles from Lyndhurst Road Station, can be bought for £6,500, through Messrs Ralph Pay and Taylor. It is two miles from Bramshaw golf links’. 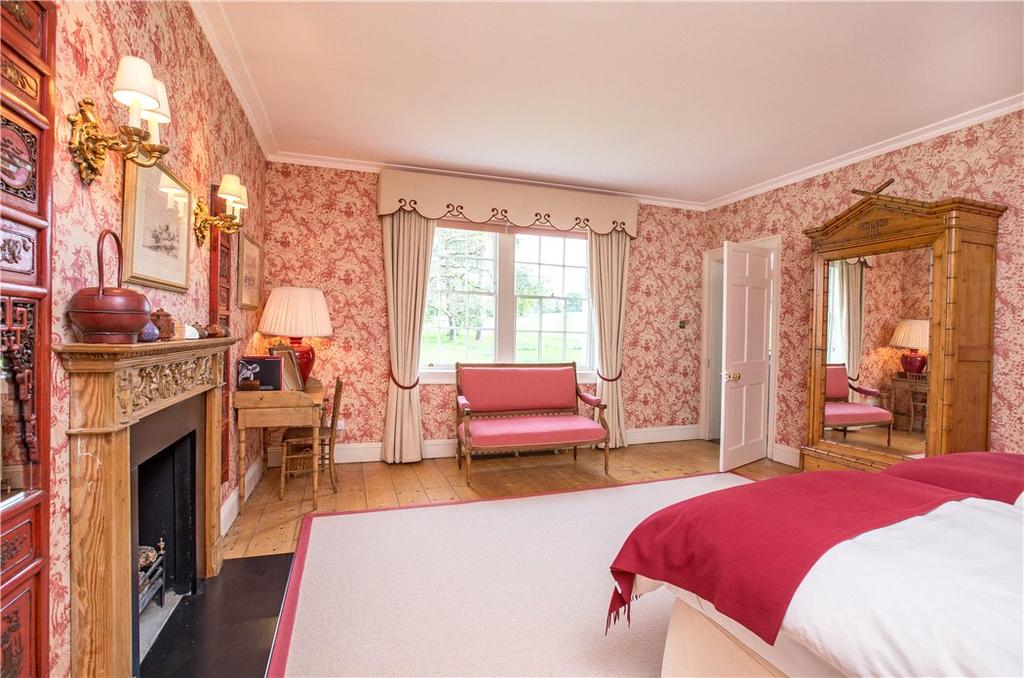 After the Second World War, Bartley Manor was farmed by the Despard family, whose livestock-and-dairy enterprise appears to have had its heyday in the 1970s. For whatever reason, its fortunes waned thereafter, until the arrival of the present owners reversed the downward spiral. 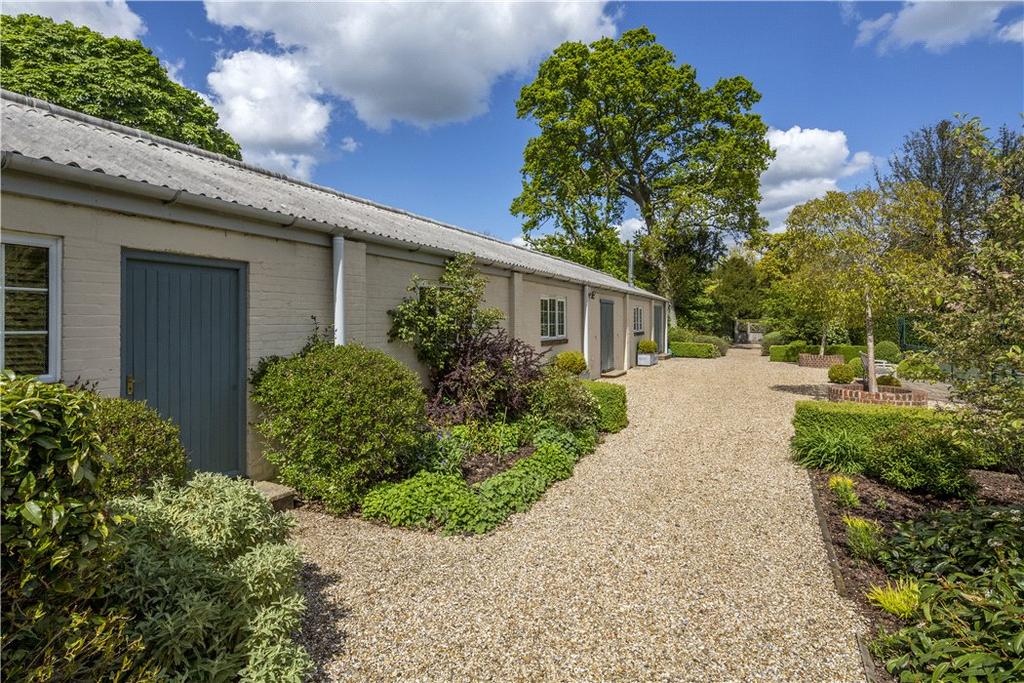 The 6,975sq ft main house offers flexible living space on three floors. The extensive ground floor comprises four reception rooms, including the impressive drawing room (the former ballroom), with three sets of French doors opening onto the garden terrace. Each reception room opens into a wide hallway to create a superb entertaining space for gatherings of 100 or more.

When not required, these rooms can be closed off and day-to-day living conveniently confined to the sitting room, kitchen, breakfast room and study/playroom. 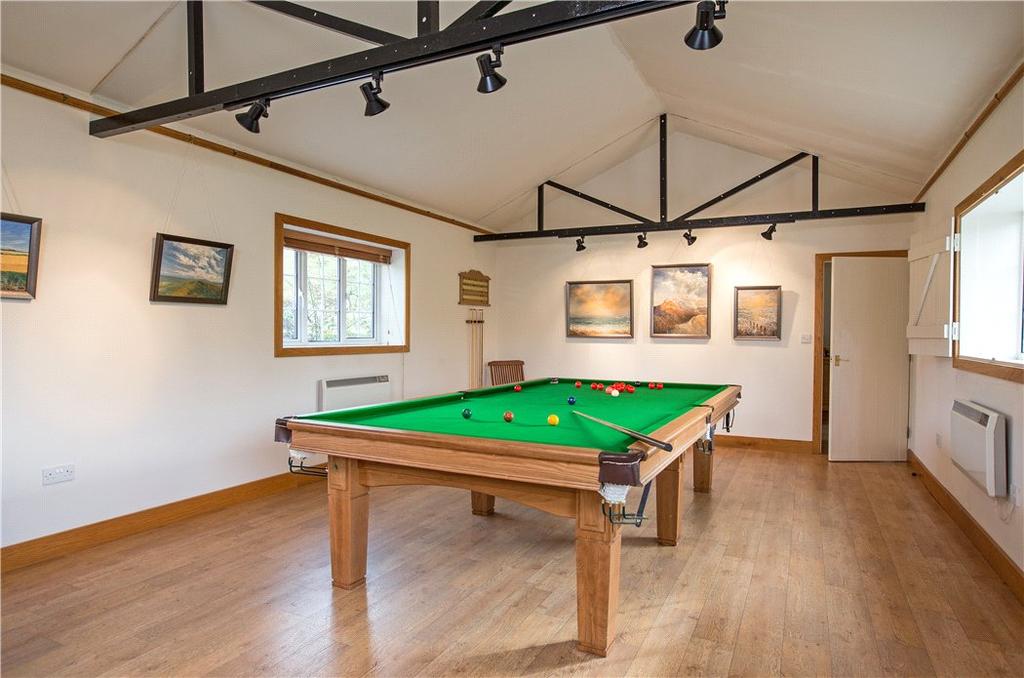 Upstairs comprises a large principal bedroom suite, with five further bedrooms and three bathrooms; attached to the house is a self-contained two-bedroom flat. The refurbished three-bedroom coach house is currently let on an Assured Shorthold Tenancy and the former milking parlour has been converted to a games room/gym and art studio. With its easy access to miles of riding in the forest, Bartley Manor Farm, comprising a tack room, stables and large hay barn, is now ideally suited to equestrian use. 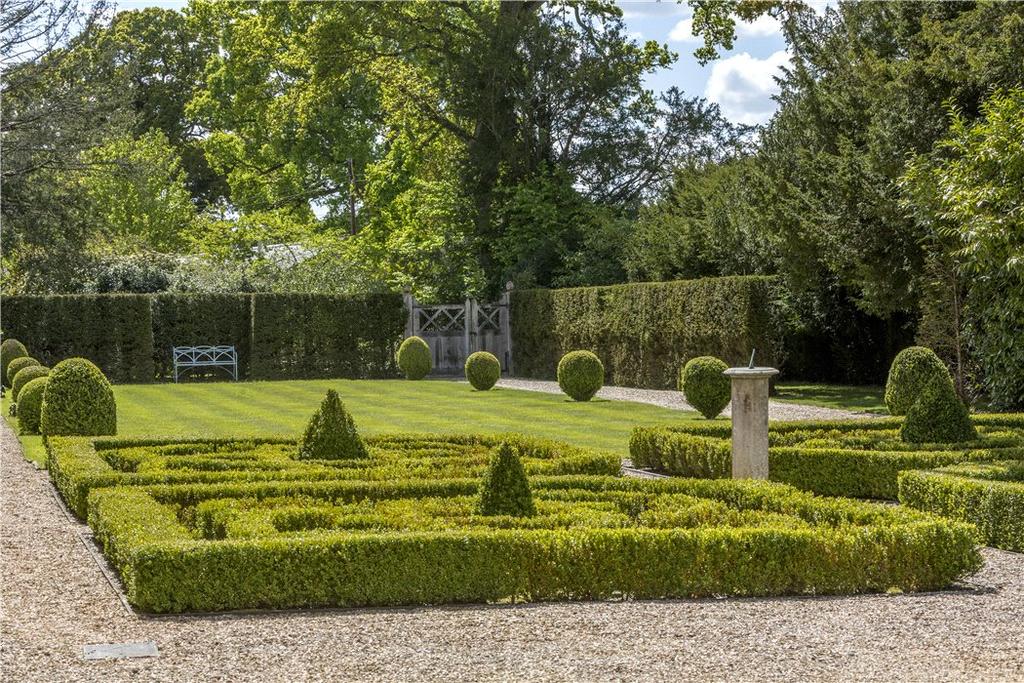 The gardens and grounds at Bartley Manor, which include nine acres of ancient woodland covered with bluebells in spring, are largely the creation of the current owners, who have laid out an enchanting Japanese garden, with a traditional tea house in a former walled garden.

Bartley Manor is on the market with Knight Frank at a guide price of £4 million. Click here for more information and pictures.