The good fortunes enjoyed by a 17th century ship owner prompted the creation of the magnificent Stedcombe House, a home of 'dolls house' design which has been immaculately restored — and which is now seeking a new owner, as Penny Churchill explains.

The autumn property market has been enlivened by the launch of an outstanding William and Mary country house, Grade I-listed Stedcombe House near Axmouth.

For sale through Knight Frank and Savills at a guide price of £4.5 million, this fine building was erected on the site of an earlier property burnt down by Royalist forces during the Civil War. 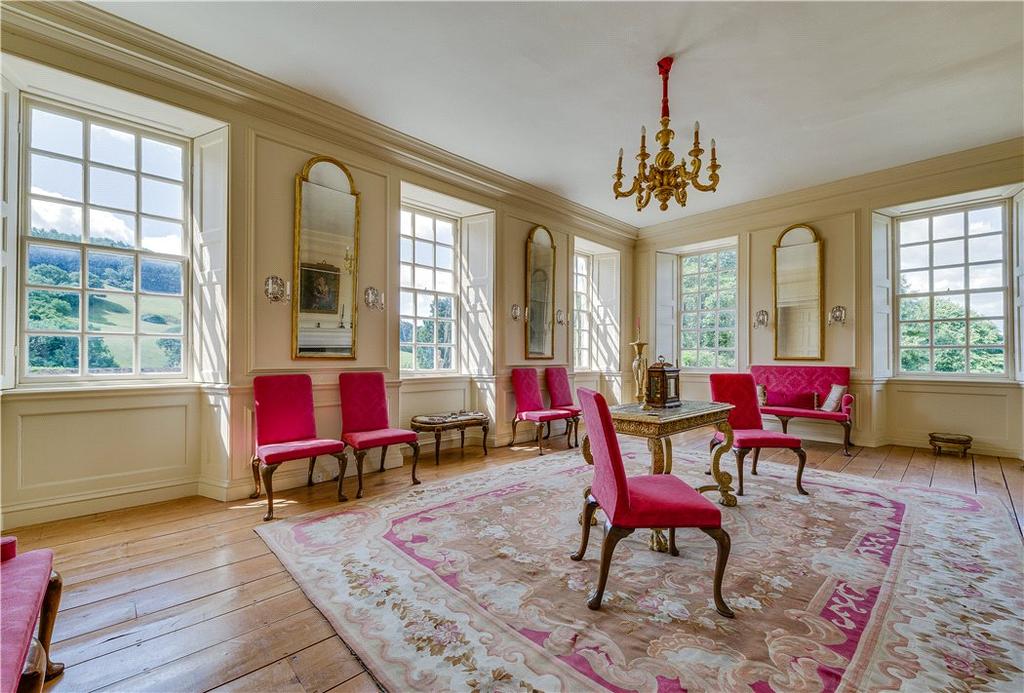 In 1691, ship-owner Richard Hallett, who, with his brother, John, amassed a considerable fortune trading between Barbados and the prosperous port of Lyme Regis, bought the manor and house of Stedcombe, near Axmouth, from Sir Walter Yonge.

Having no children, Hallett left the bulk of his estate, including Stedcombe, to his brother’s younger son, Richard, on his death in 1695. According to Lyson’s History of Devonshire (1822), Richard replaced the existing house with the present one ‘in about 1697’. 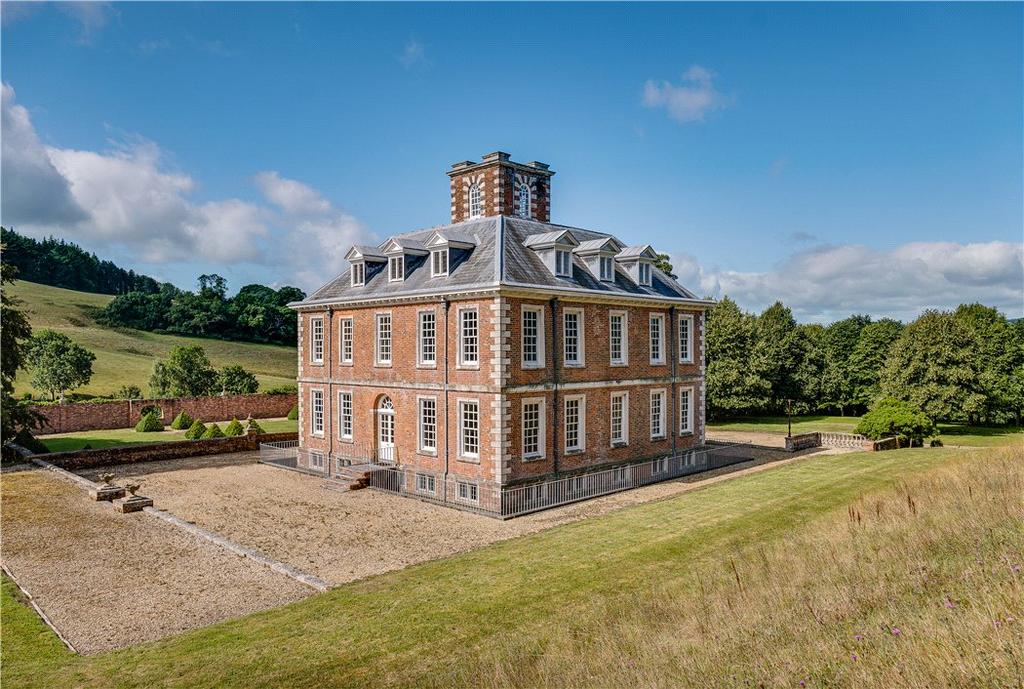 Writing in Country Life in December 1963, the architectural historian Mark Girouard described the new house as being ‘not at all large. It is doll’s house architecture, with few frills. The plan is an exact square: each façade is of two storeys and a basement… A common feature of the many houses of this type is an octagonal domed cupola of wood on the roof.

‘But at Stedcombe the place of this is taken by a much more substantial square belvedere of brick and stone, incorporating the chimneystacks. It is this feature that lifts the house out of the category of just another pleasant late-17th-century house and gives it its individual and endearing character’.

The Halletts owned the Stedcombe estate until 1889, when Dr Samuel Sanders Stephens bought the house and its estate. (The story of him being connected to Stephens’ ink and buying the house because it looked like an ink bottle is, we suspect, apocryphal.)

After the Second World War, owners came and went and the house fell into a gradual state of disrepair. From the mid 1960s until 1988, when Stedcombe was acquired and, according to its Historic England listing, ‘restored to an exceptionally high standard’ by architectural consultant Kit Rae-Scott, the house lay empty and boarded up, riddled with dry rot. In fact, so authentic was the renovation that the house’s listing was upgraded from Grade II* to Grade I. 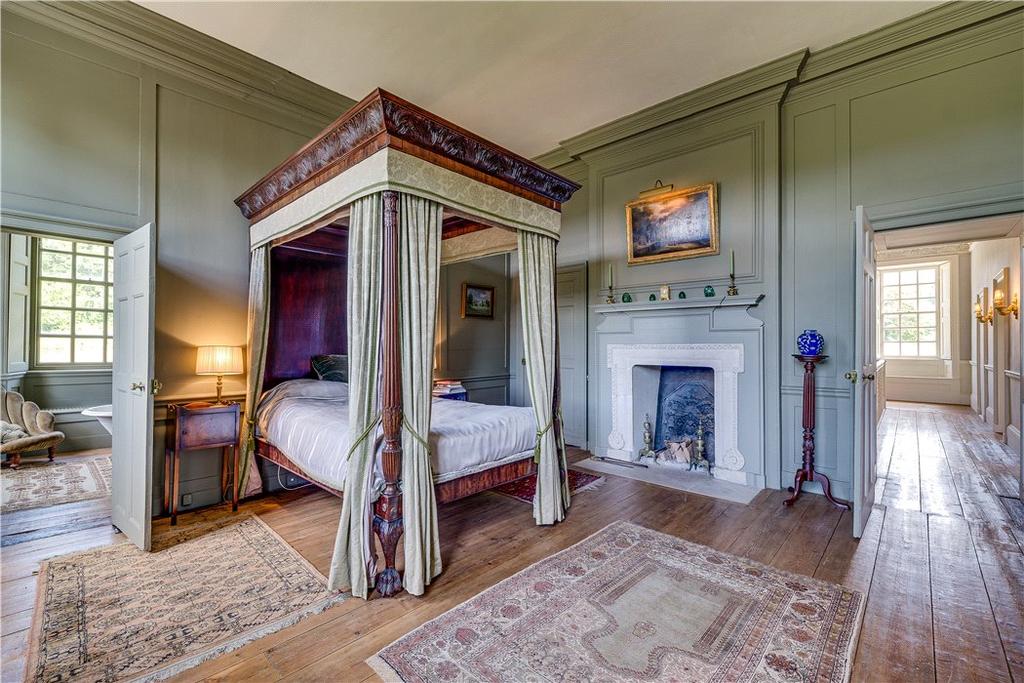 Despite the appalling state of the building, the new owners decided to restore it as closely as possible to its original design. Surviving panelling was removed and stored as rotting timber was cut out. Fortunately, although damp, the building had remained stable thanks to the unusual thickness of its brick walls. Steel beams were inserted in the south and east rooms and the roof timbers were also tied together with steel.

An early discovery was the lost main west entrance. The removal of the clumsy Victorian porch on the east side and the reinstatement throughout of thick-barred sash windows came early in the three-year repair programme, but the most exciting achievement of all came right at the end. Following the removal of the Victorian balustrading and a considerable amount of earth-moving, the original ground level was re-established and the balustrading cleverly re-used to create a formal frame for the flat gravelled terraces now laid out around the house.

The restoration of the outer shell was relatively straightforward compared with what needed to be done inside. The decision to re-create the interior of about 1700 required the reconstruction of the original stair and ground-floor windows that had been blocked up were opened to enhance the flow of light to the interior.

Next, a huge, but inappropriate Rococo chimneypiece in the drawing room was replaced with a simple moulded surround. The panelling in the main rooms was repaired and reinstated, and the fireplace in the intimate north-west bedroom fitted with a pretty, 18th-century fireplace discovered in the basement. 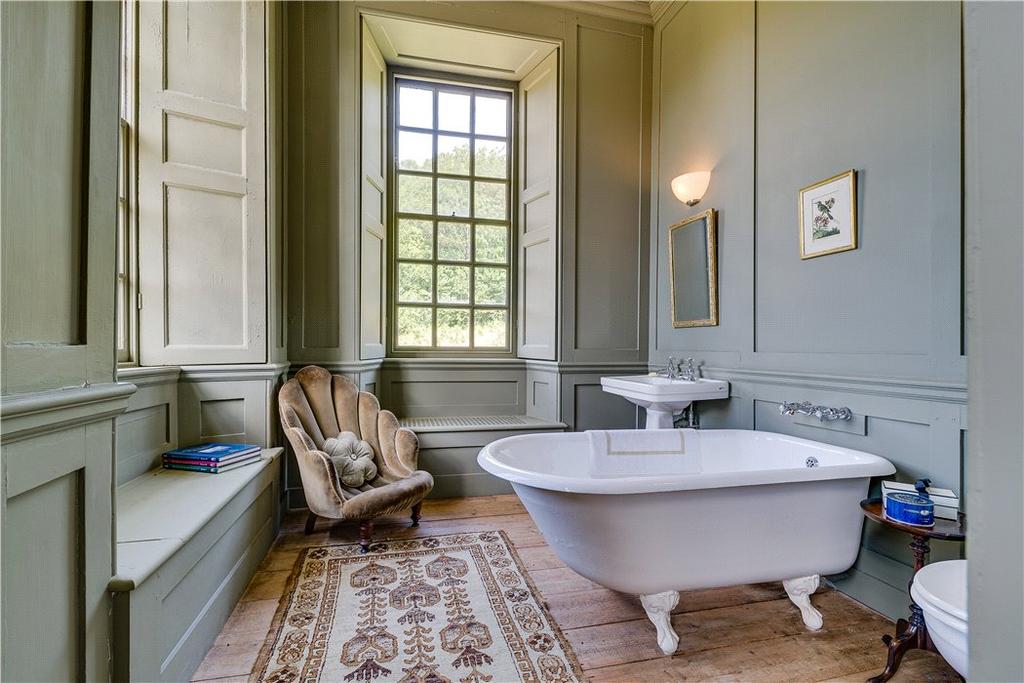 Today, Stedcombe House is again a distinguished and original example of a compact gentry house of the late 17th century, set in some 20 acres of pasture, woodland and grounds that include three walled gardens.

For sale through Knight Frank and Savills at a guide price of £4.5 million — see more pictures and details. 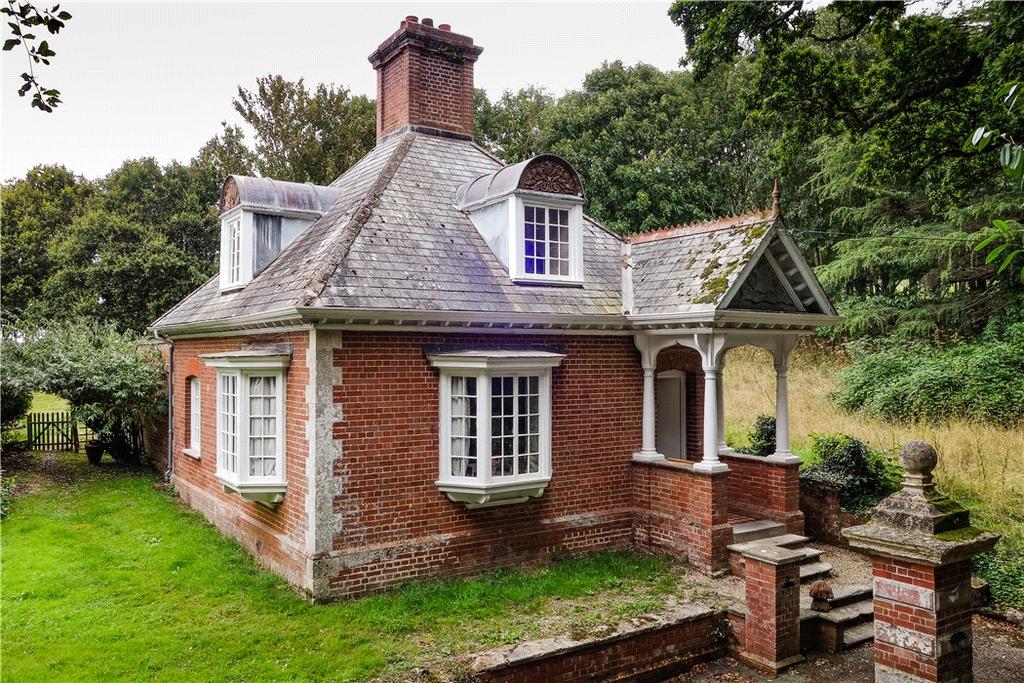