Spread across the four counties of Kent, East Sussex, West Sussex and Surrey, the High Weald AONB – the fourth largest in England and Wales –is a mosaic of small farms and woodlands, historic parks, sunken lanes and ancient ridge-top villages in a landscape originally created by pioneering farmers of the late-medieval period. 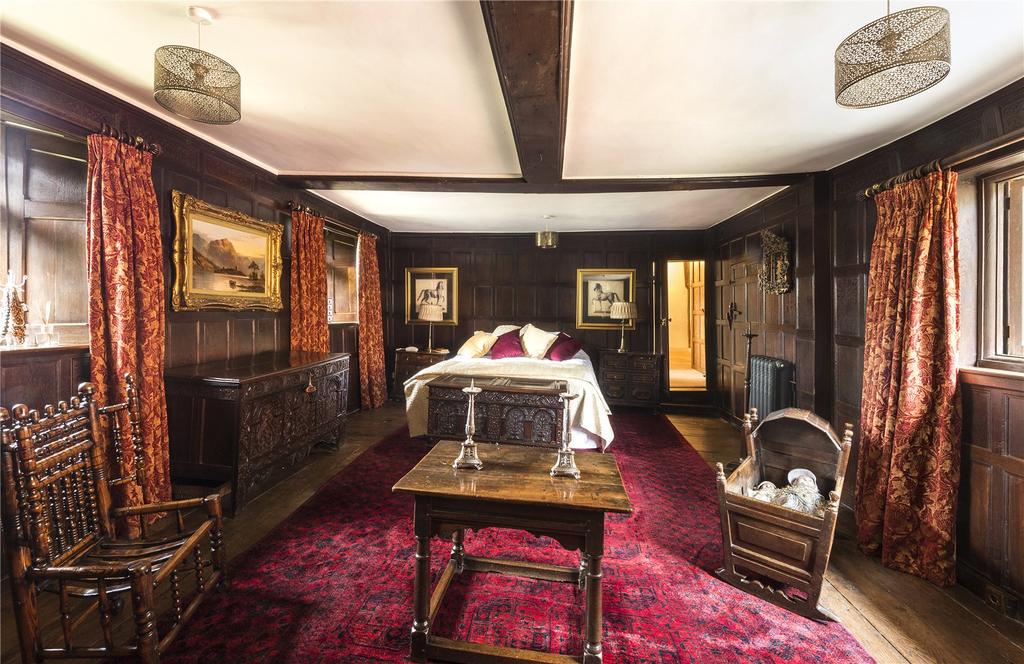 The heavily wooded hills and relative inaccessibility of the High Weald, which give the area its unique sense of remoteness and seclusion, have long appealed to prosperous city-dwellers in search of a country retreat. From the 14th century onwards, Kent was the first port of call, due not only to its proximity to London, but also to its particular form of land tenure, which enabled land to be bought and sold with relative ease.

The advent of the railways in the 19th century accelerated the migration process and resources poured into the area by wealthy incomers created and maintained the many parks and gardens that are now an integral part of the High Weald landscape. 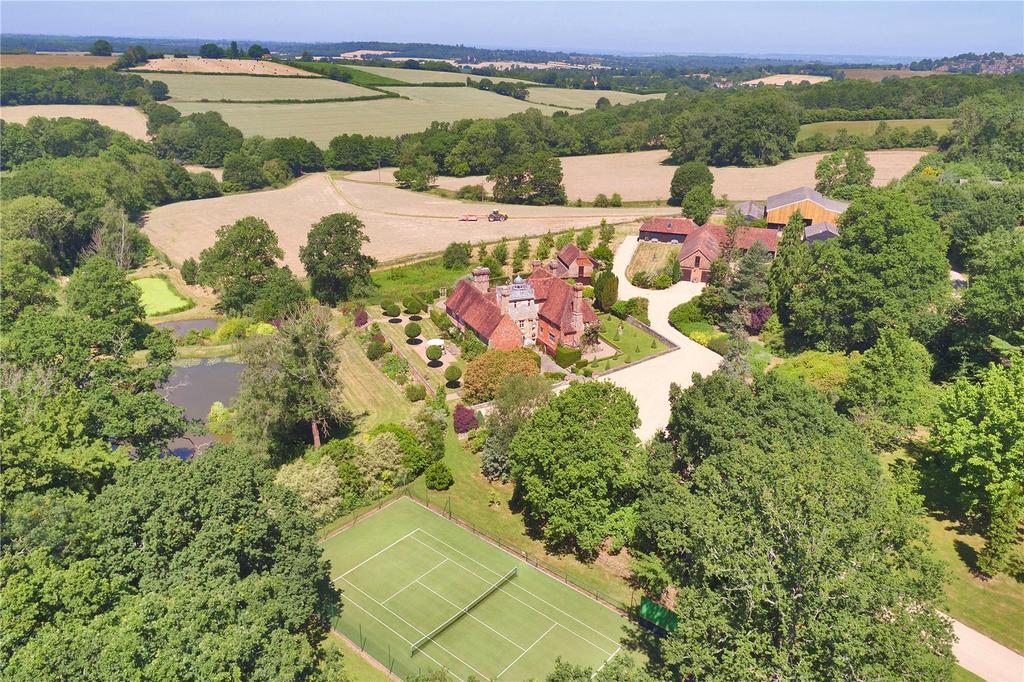 One property that encapsulates the story of the High Weald throughout this period is enchanting, Grade II*-listed Twyssenden Manor at Goudhurst, one of England’s most delightful villages, which dates from at least Saxon times – it was a centre of the cloth industry from the 13th to the 18th centuries and, by the late 16th century, the site of iron furnaces said to have supplied cannons used to defeat the Spanish Armada in 1588. 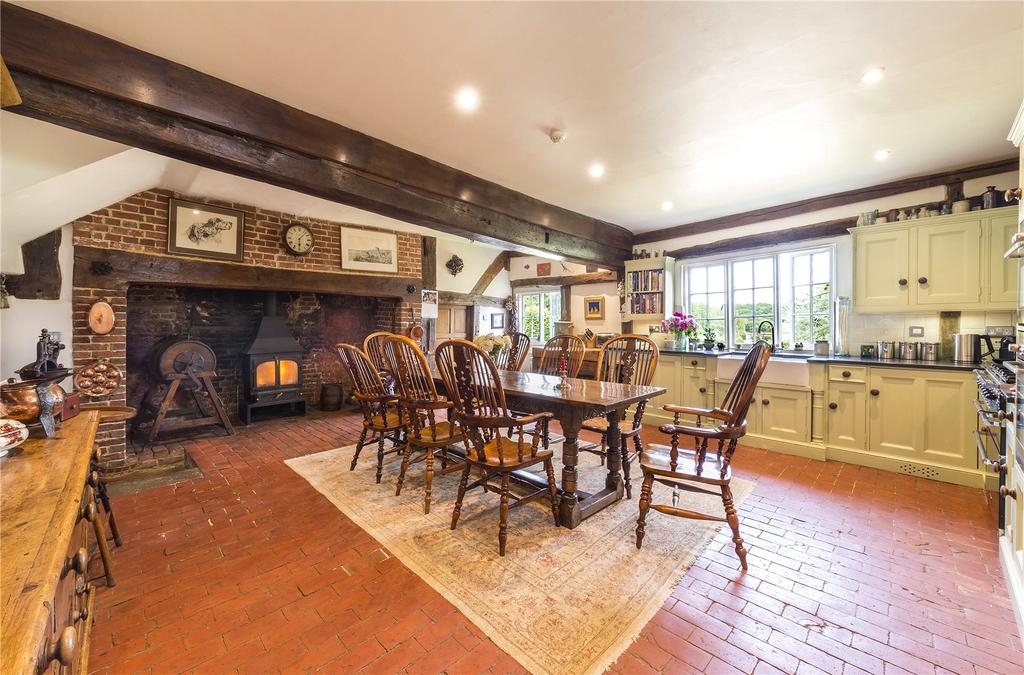 Launched on the market this week through Savills, at a guide price of £8 million, the historic, 260-acre Twyssenden estate was the ancient seat of the Twyssenden or ‘Twysden’ family – gentry of some note in Kent – and, later, the birthplace of Sir Geoffrey Gilbert, Lord Baron of the Exchequer, and an eminent legal author. In the 17th century, the manor was home to Anthony Fowle, a descendant of the Fowles of Rotherfield, East Sussex, a large and influential family of lawyers and ironmasters. 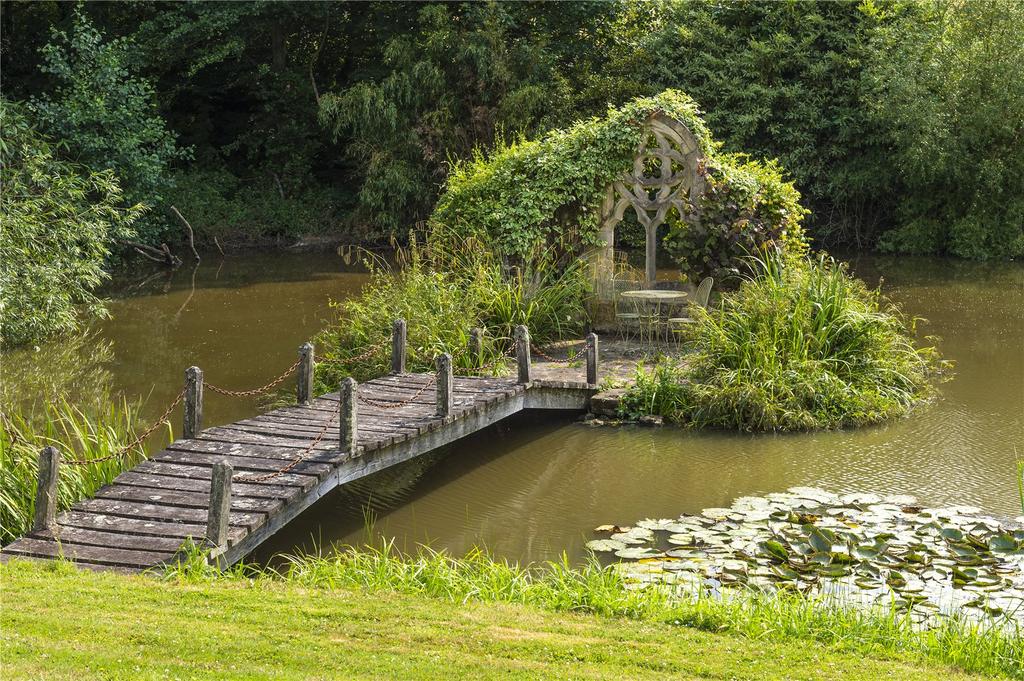 Having inherited Twyssenden on his mother’s death in 1598, it was here that he married Margaret Jeffray in 1639; a keystone over the main entrance bears the Fowle coat of arms. 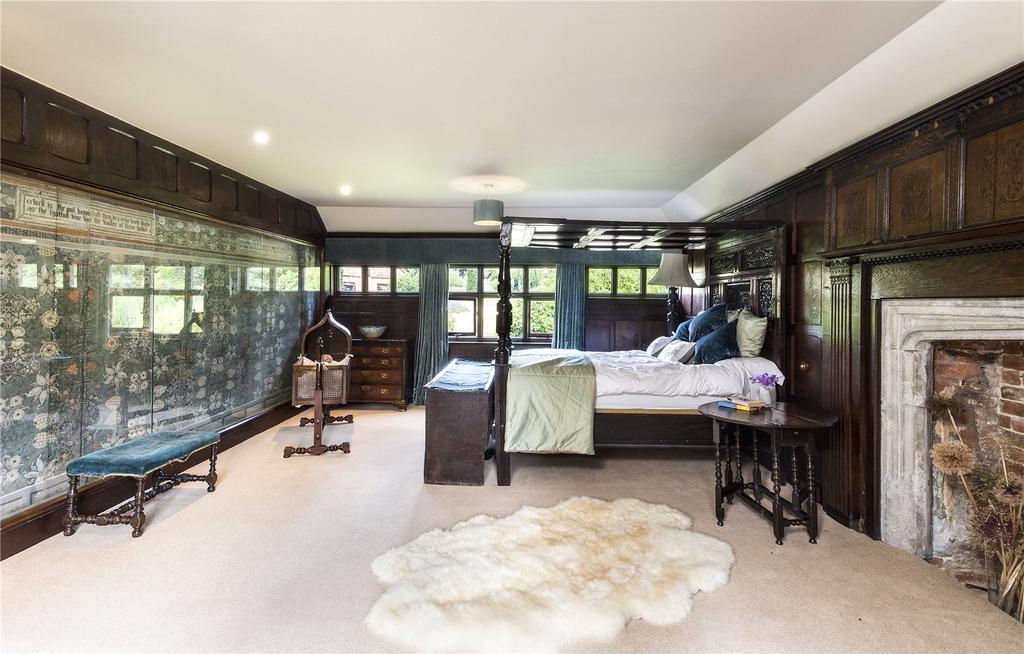 In the 19th century, Twyssenden was part of the Bedgebury Park estate inherited by Alexander Beresford Hope from his step-father, Gen William Beresford the 1st Viscount Beresford, in 1854. A staunch Conservative, architectural writer and champion of the Church of England, Beresford Hope was president of the RIBA from 1865 to 1867 and, in about 1870, restored Twyssenden Manor with advice from the architects William Butterfield and G. E. Street. 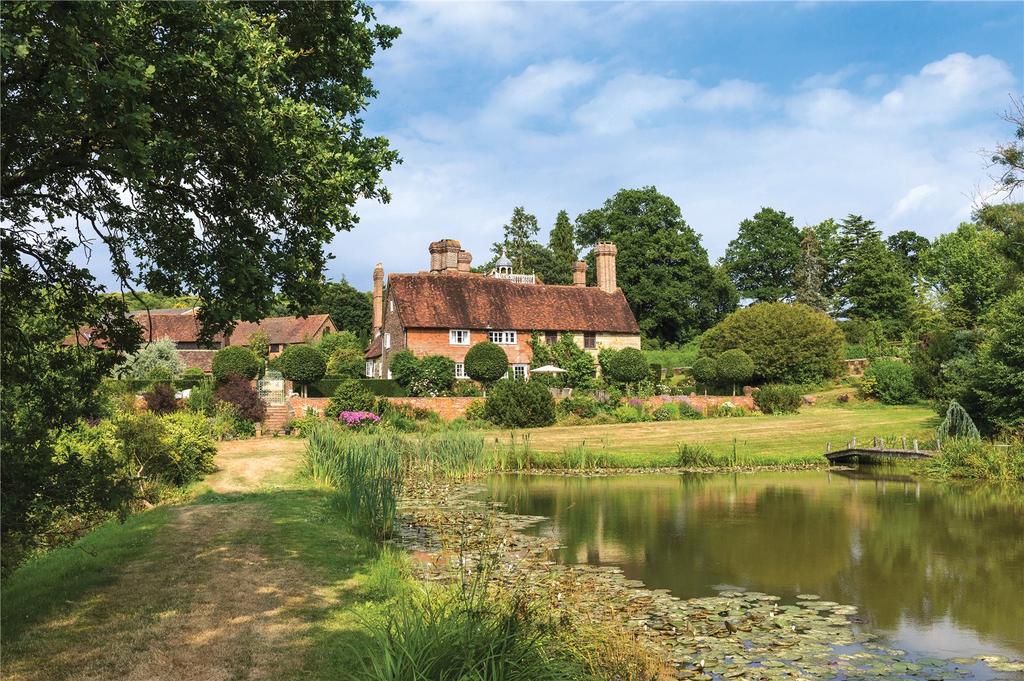 For much of the 20th century, Twyssen-den Manor was run as a youth hostel, after which it was purchased by a local landowner, who lived there until the present owner bought the estate in 2001. 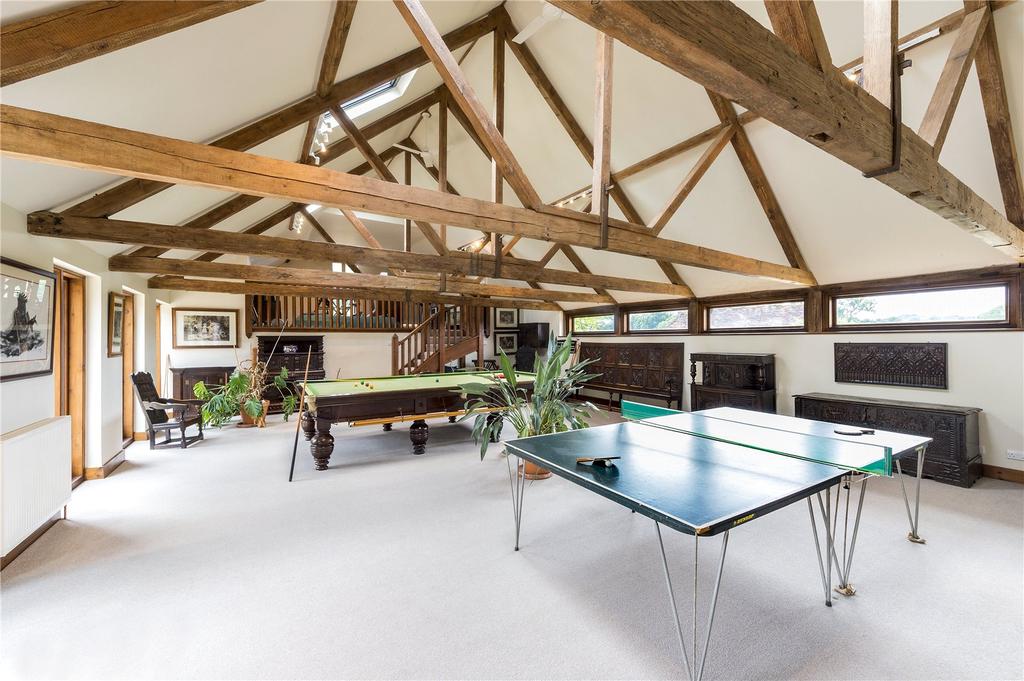 True to the High Weald’s historic tradition, the new owner was a successful businessman who, in the late 1990s, decided to abandon his City career in favour of a quieter life in the country. As selling agent William Peppitt reveals, his client’s dream was, he thought, a simple one: ‘A good house set in the middle of 100 acres of land, with no neighbours and no footpaths.’ In reality, it took him more than two years to find Twyssenden, but the wait was evidently worth it. 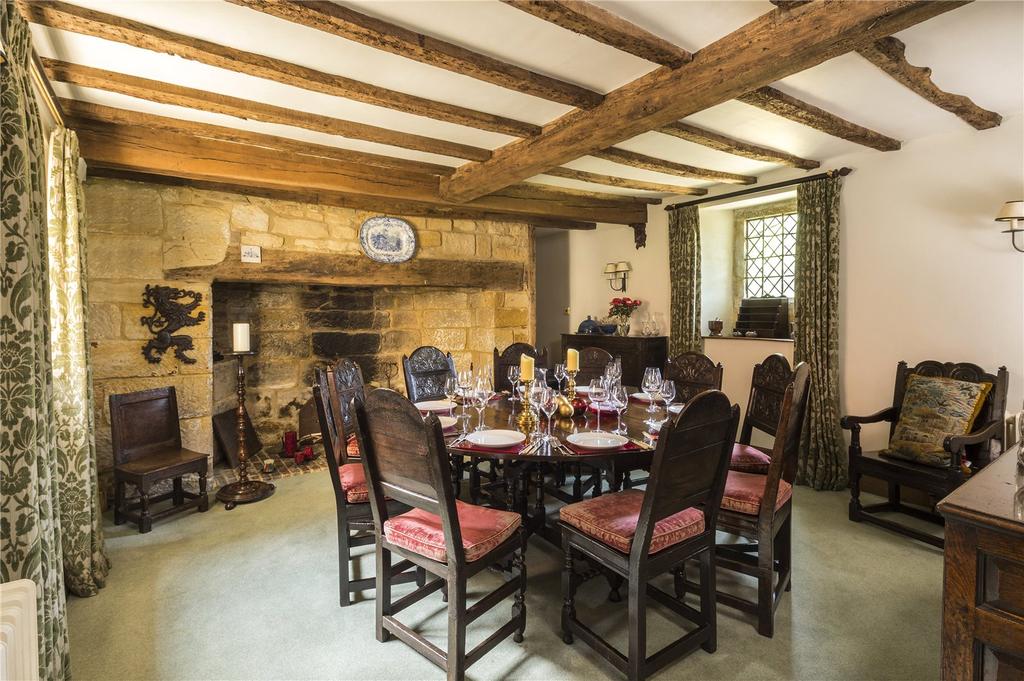 Timeless Twyssenden Manor stands in the middle of its 260 acres of gardens, lakes, grassland and woodland, its origins clearly revealed as a 15th-century hall house and separate service wing, linked by a late 16th-century sandstone tower topped by a timber viewing platform with spectacular, 360˚ views over its own land – and not a neighbour to be seen.

The house, which boasts some 8,445sq ft in all, has some notable rooms, including the original bridal chamber, one wall of which is decorated with an original 17th-century fresco, portraying verses from the ‘marriage prayer’, Psalm 128; four further bedrooms include a superb master suite. 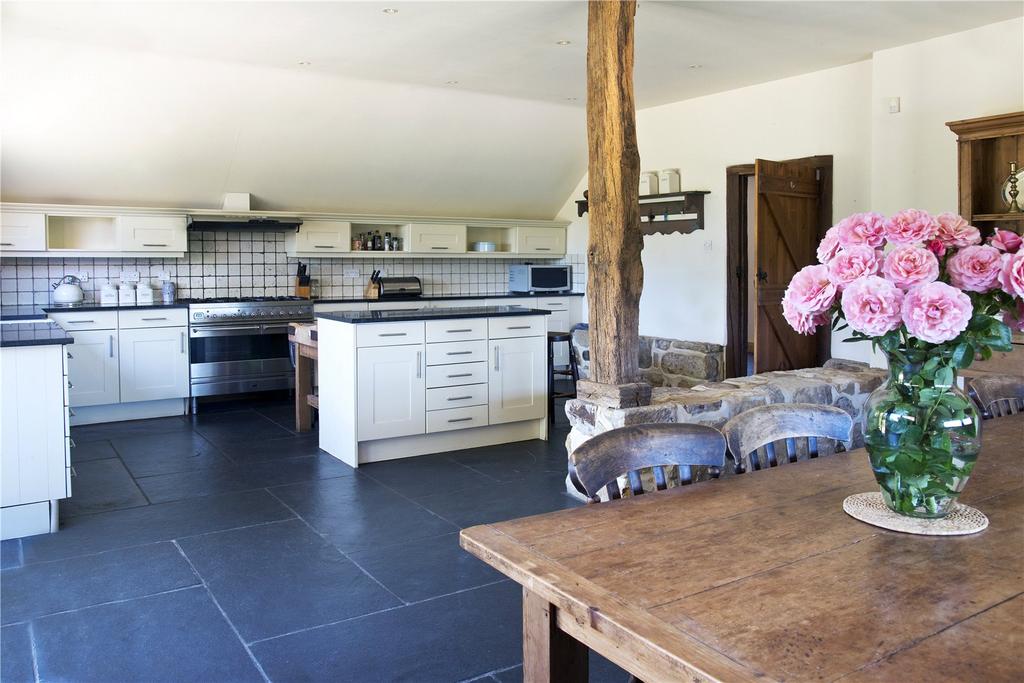 Reception rooms include a drawing room, a formal dining room, a library and a family room; there is more than a nod to 21st-century living in the fine bespoke kitchen/breakfast room, with its charming, handpainted cupboards and wood-burning stove.

Twyssenden is on the market with Savills at a guide price of £8 million. Click here for more information and pictures.