An iconic castle estate dating back to 1225, Beverston Castle sits in an idyllic location with superb sporting opportunities.

The sale of the prestigious, 693-acre, south Cotswolds estate follows the death last year, at the age of 91, of the late Jane Rook, who, with her husband, the late Maj Laurence Rook, winner of the first European Championship at Badminton in 1953, were stalwarts of the British eventing community and lifelong supporters of the Duke of Beaufort’s Hunt. The hospitality they dispensed at Beverston Castle was legendary, especially during Badminton week, when they welcomed fellow enthusiasts from all around the world.

Crispin Holborow of Savills, who is handling the sale, quotes a guide price of £10 million for the estate, which Maj and Mrs Rook bought in 1959; further land was added in 1992, when parts of Park Farm, Beverston, were sold. The iconic Cotswold estate is being offered as a whole, or in three lots, with Beverston Castle and 422 acres of land on offer at £7.8m. 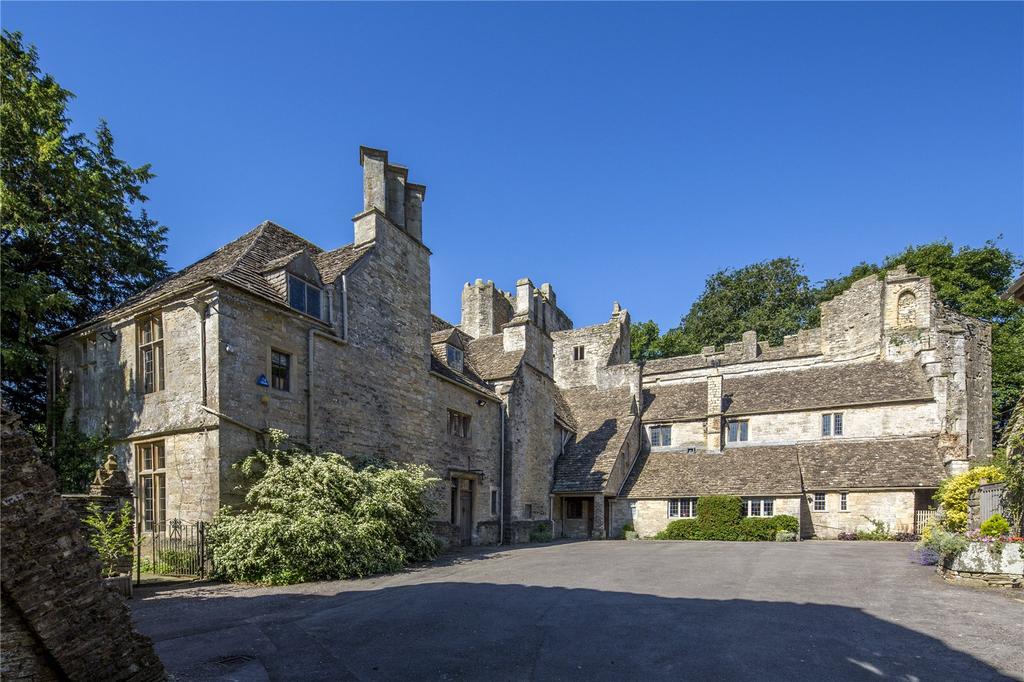 ‘Nowadays, it’s rare to find a house of historical significance with lovely gardens and a substantial amount of excellent farmland in this prestigious part of the Cotswolds,’ comments Mr Holborow.

Writing in Country Life magazine (February 18 and 25, 1944), Christopher Hussey traced the history of Beverston Castle from its construction as a fortified manor house by Maurice de Gaunt in 1225. The castle was extensively remodelled in about 1350 by Thomas, 3rd Lord Berkeley, and again in about 1600, before being battered and burnt in a siege during the Civil Wars. Sometime later, the adjoining house was added, incorporating parts of the old manor. 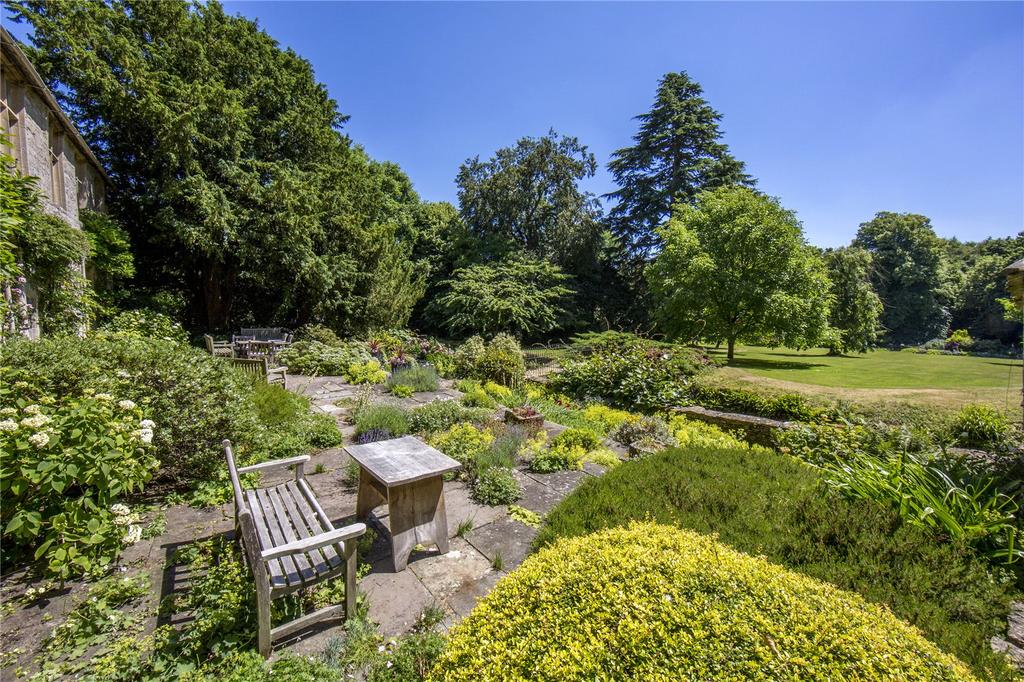 The castle proper consisted of a rectangle, which was originally surrounded by a defensive moat, with a gatehouse leading to the castle courtyard. The principal medieval buildings comprise the undercroft of a great hall located on the west side of the rectangle, with the late-17th-century dwelling house forming the south side.

In 1291, Beverston passed to Elizabeth, the great-granddaughter of de Gaunt’s nephew and successor, Robert (Berkeley) de Gourney. She married a Welshman, John ap Adam, whose son, Sir Thomas ap Adam, made an unfortunate marriage, his wife being abducted by one Thomas de Gourney, a relation of his mother’s, together with ‘divers of his goods and chattels’. 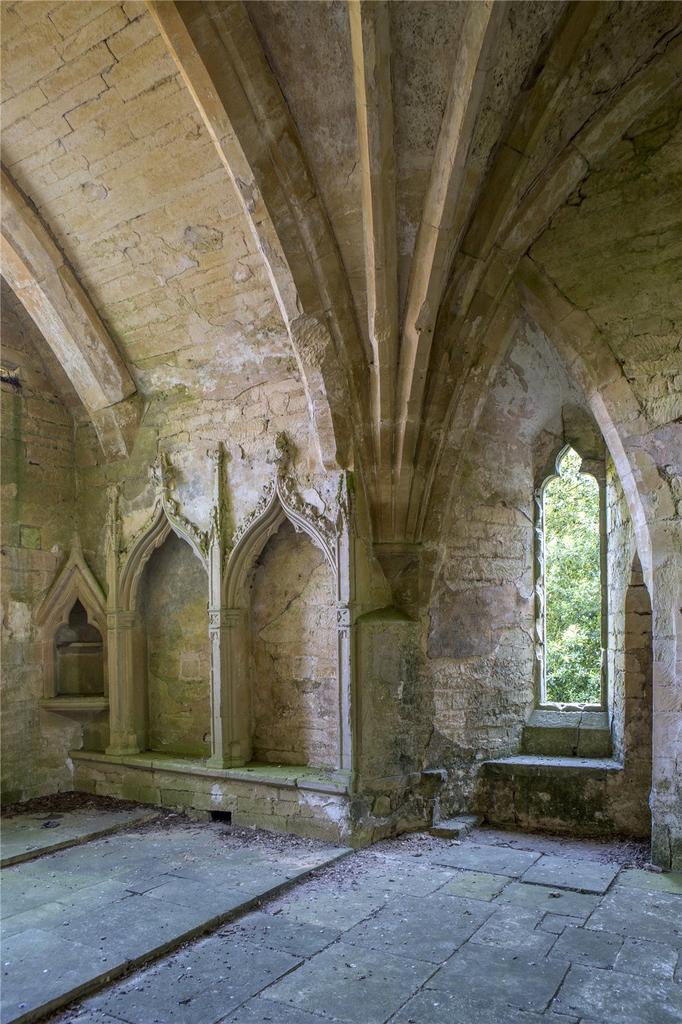 Ap Adam took his case to law, but eventually, either ruined or disenchanted by the whole sorry business, he sold Beverston to his powerful neighbour, the 3rd Lord Berkeley. Thus Beverston returned to the chief of the Berkeley clan, who, in 1349, having completed the renovation of his mansions of Berkeley and Wotton, set out to ‘re-edify’ Beverston. The main surviving work of this time is the south-west tower, known as Lord Berkeley’s Tower, which he either built or entirely remodelled. 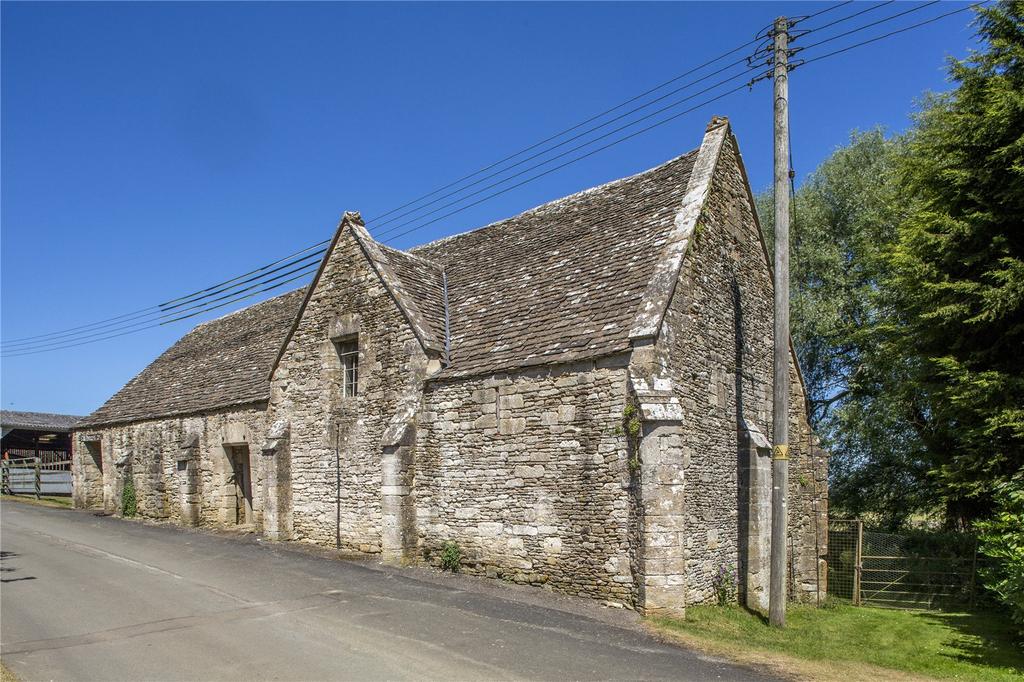 Beverston remained with the Berkeleys until the Elizabethan period, when Sir John Berkeley sold the property to Sir John Poyntz, who sold it to Henry Fleetwood, Master of the Court of Ward and a well-known ‘estate-monger’. He eventually sold it to Sir Michael Hicks, ancestor of the Hicks-Beach family, who owned Beverston until 1842. 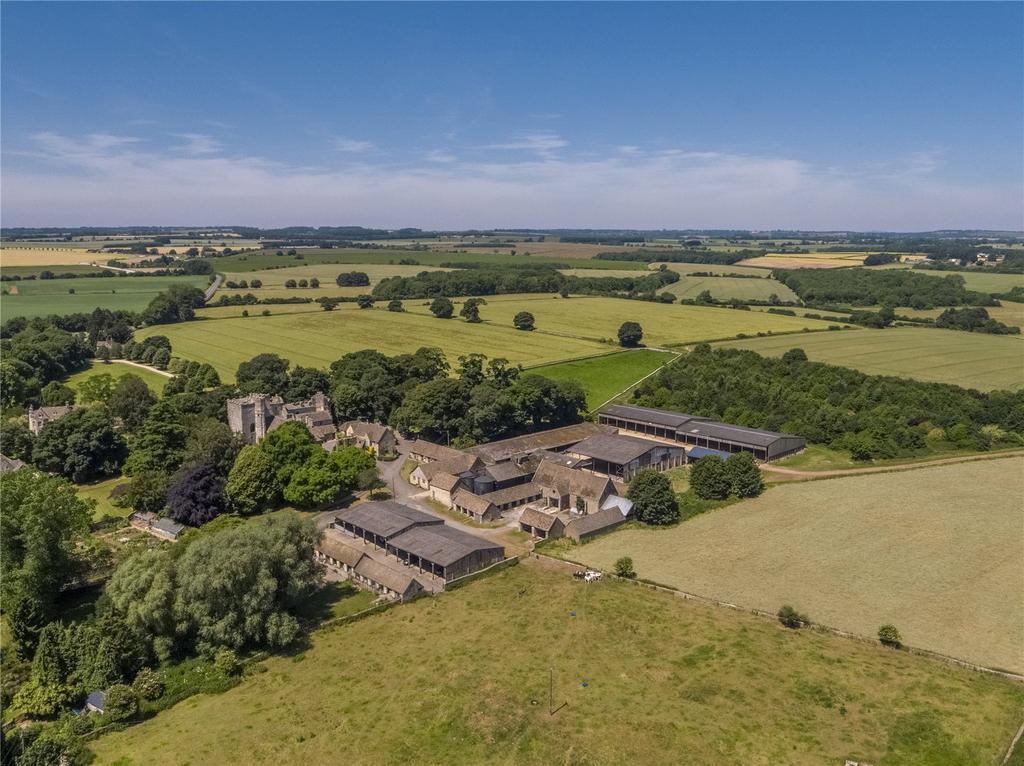 The end of Beverston as a castle came in 1644, when a surprise attack by Col Massey, the Parliament commander, led to the surrender of the castle’s garrison. There followed the first of two fires that destroyed much of the building; the second was in 1691, since when the appearance of the house has remained more or less unchanged. 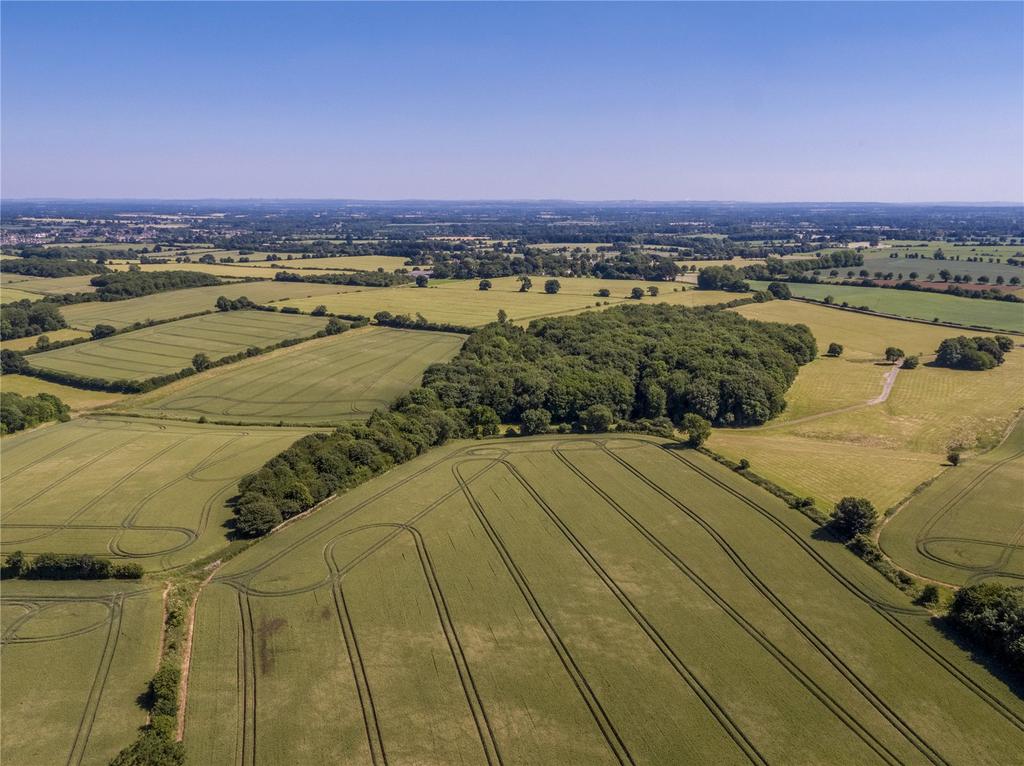 In 1842, Beverston was sold to Robert Holford of Westonbirt and remained as a farm within the Westonbirt estate, which came up for sale in the 1920s. One of the last of the lots to find a buyer, Beverston was acquired by Vice-Admiral the Hon Arthur and Mrs Strutt in 1939, the owners when Hussey described the castle. 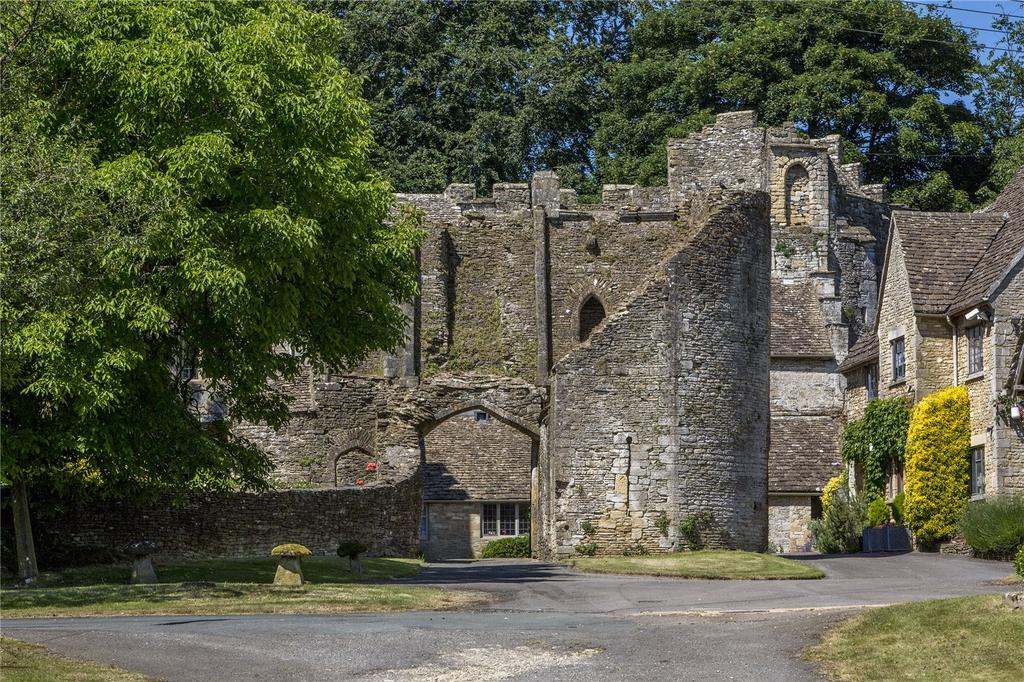 Prevented by wartime regulations from carrying out any structural or restoration work to the buildings, they were able, nonetheless, to prolong the dry-stone wall of the moat, thereby lengthening and widening the terrace and opening up the view of the Berkeley tower and the adjoining main house. 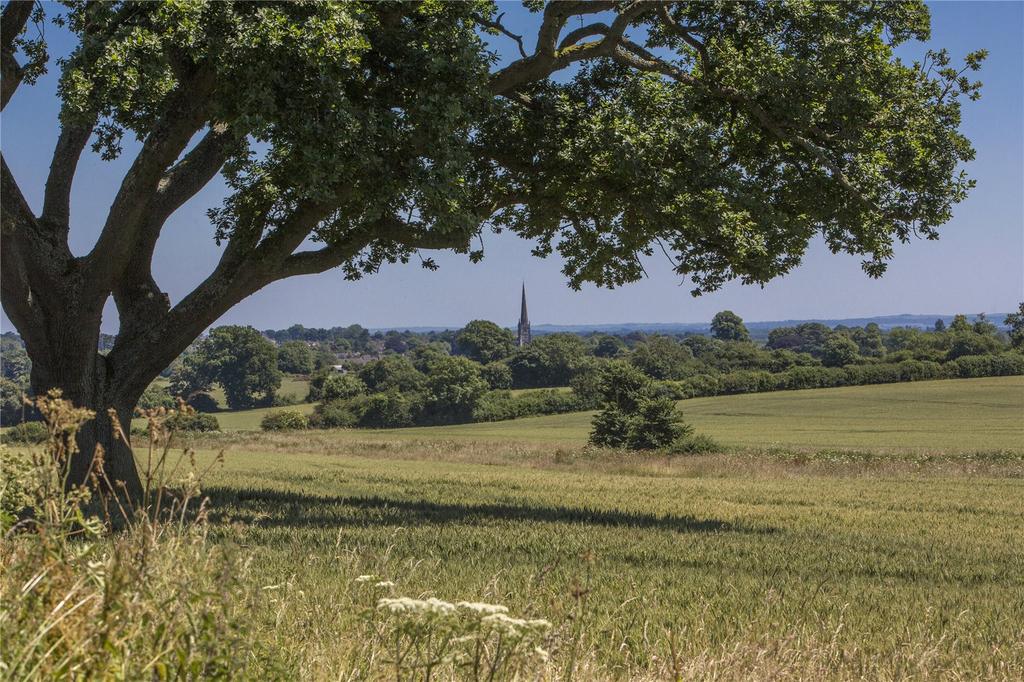 Although now only partly habitable, Grade I-listed Beverston Castle and its charming seven-bedroom manor house dominate Beverston village, with its land lying to the north and south, two miles from the picturesque town of Tetbury, within the Cotswolds AONB. The estate has a further four estate cottages, a flat, an estate office, a large stableyard, a delightful walled kitchen garden and extensive lawns and borders. Additional residential properties within the village of Beverston are also available.

Beverston Castle is on the market with Savills at a guide price of £10 million. Click here for more information and pictures.

If you're looking for a truly unique house offering true get-away-from-the-world isolation, Ewen Tree House could be the opportunity you've

Just a few minutes from Bath yet with its toes also in the Cotswolds, this Grade II*-listed home is the