The former home of Frances Donaldson is up for sale, a beautiful old Gloucestershire farmhouse named Burden Court where she chronicled Edward VIII's tumultuous decision to abdicate.

Originally part of the estates of Sir Matthew Hale, Lord Chief Justice of England at the time of Oliver Cromwell, Grade II*-listed Burden Court at Tresham, three miles from Badminton, is described by Historic England as ‘a good and intact example of the south Gloucestershire farmhouse type’. 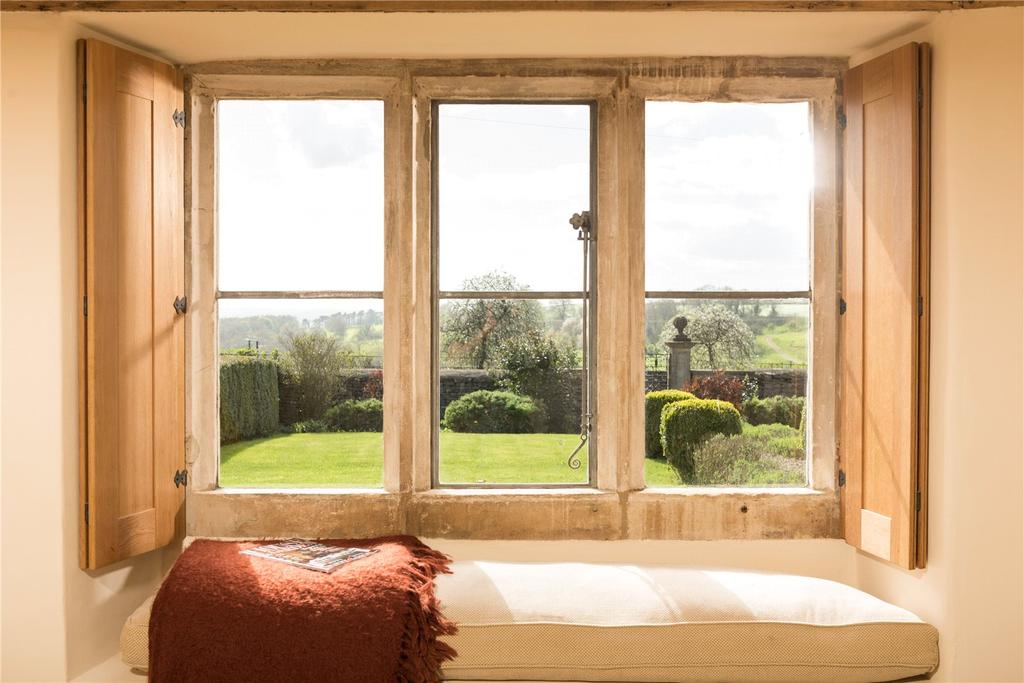 For sale through the Cirencester office of Strutt & Parker at a guide price of £1.75m, the charming mid- to late-17th-century house stands in 1½ acres of walled garden and paddock on the edge of this pretty Cotswold-stone village, within 10 minutes’ drive of the popular market towns of Tetbury and Nailsworth. 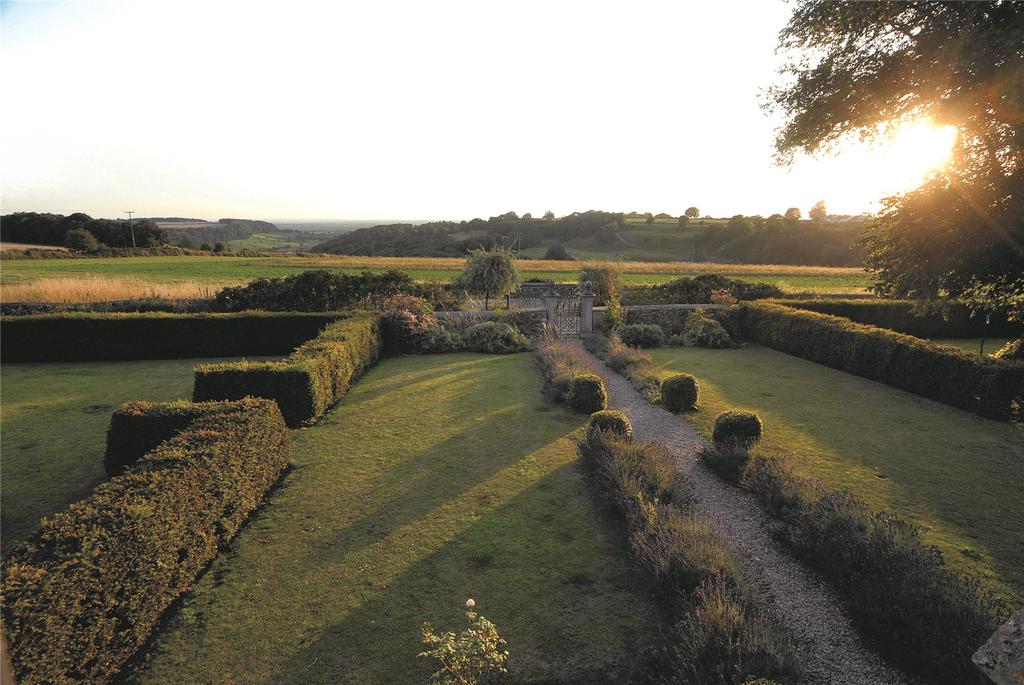 From the end of the Second World War to the 1960s, the striking cross-passage farmhouse was home to the writer Frances Donaldson and her husband, Jack, a brilliant academic-turned-farmer, social worker and politician, who served as Minister of Arts in the Wilson and Callaghan governments, before being sent to the Lords as Lord Donaldson of Kingsbridge in 1967. 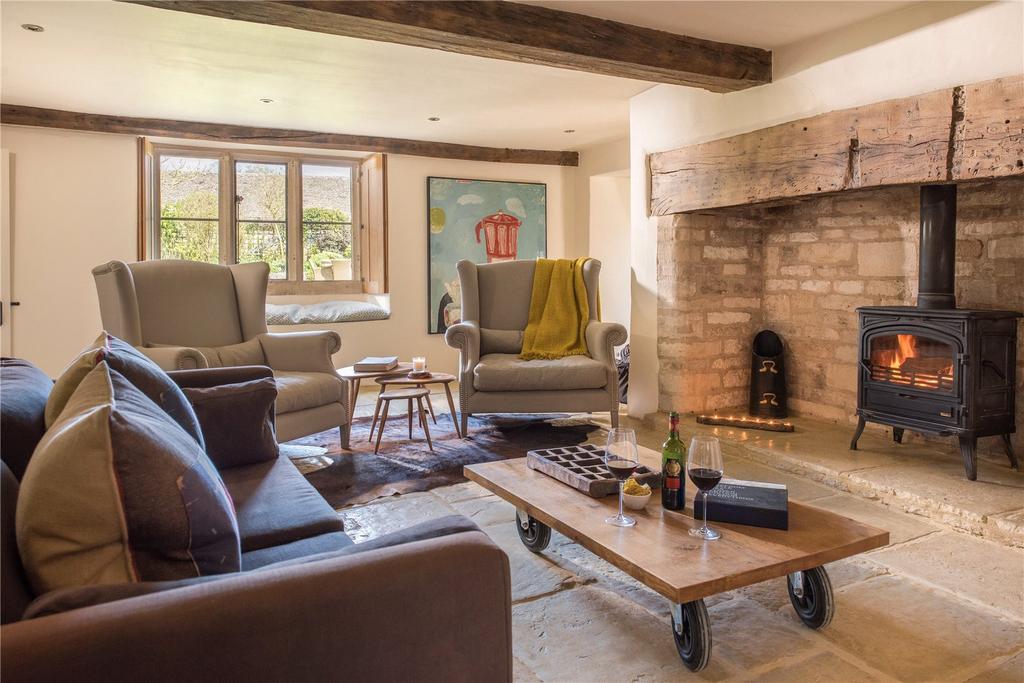 Although Frances is probably best known for her award-winning biography of Edward VIII – upon which the TV series Edward and Mrs Simpson was based – no less fascinating is her enchanting autobiography, A Twentieth-Century Life, which documents her life with Lord Donaldson at Burden Court, where she also wrote an endearingly honest biography of her father, the playwright and bon viveur Frederick Lonsdale. 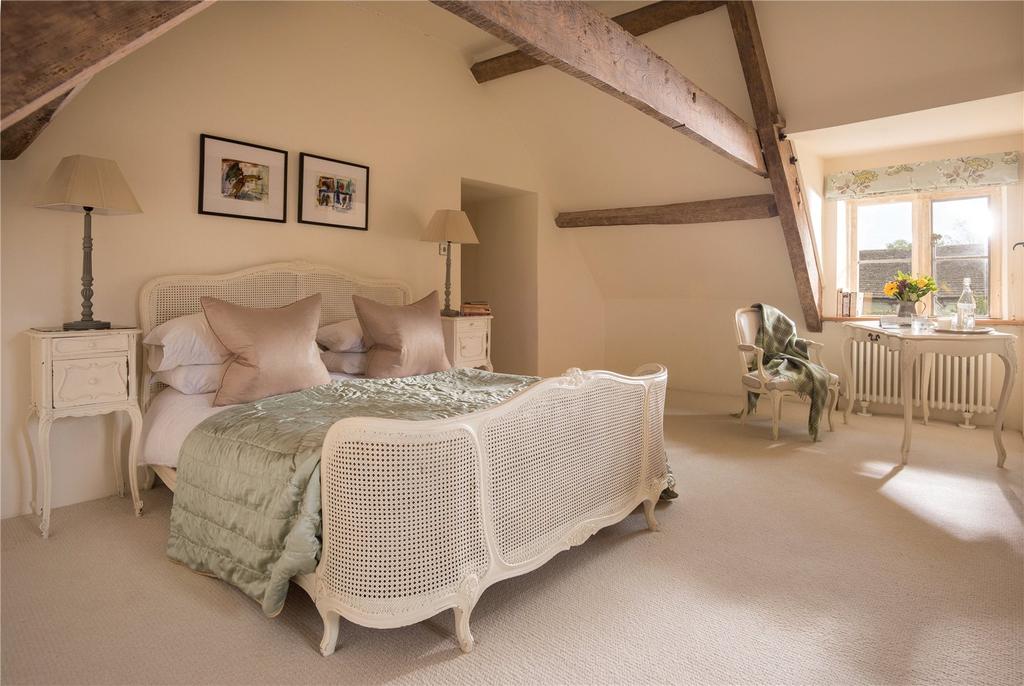 With 4,844sq ft of internal space, the whole as fresh and neat as the proverbial pin, Burden Court is equally suited for use as a delightful family home or a Cotswold weekend retreat, says selling agent Ian Daniels. 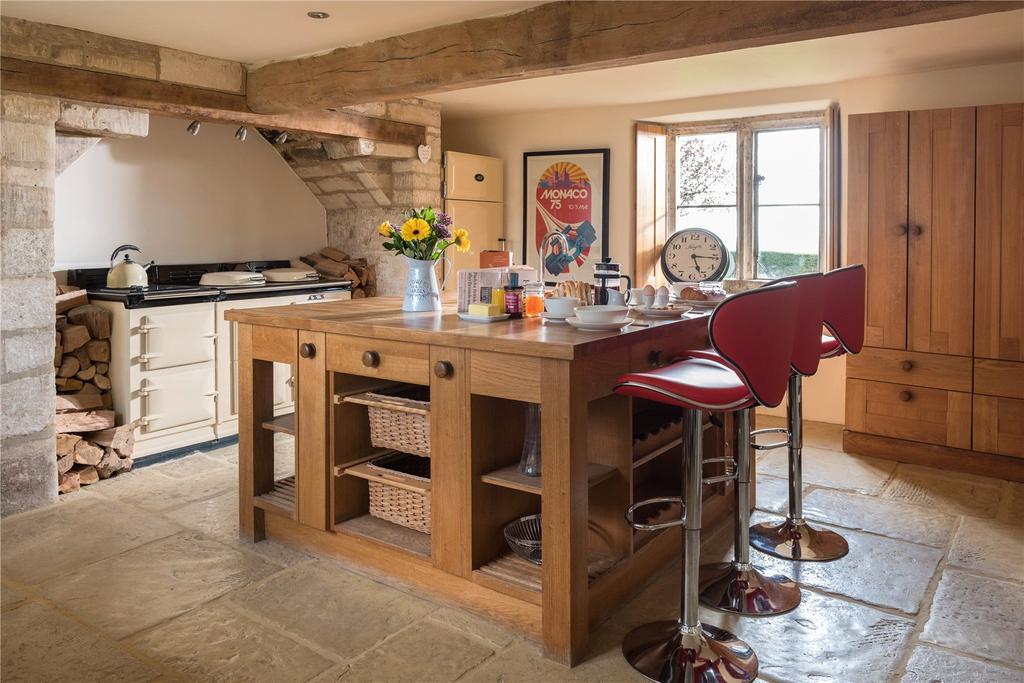 The ground floor offers light, spacious and versatile reception rooms, including a reception/dining hall with a flagstone floor and a large stone fireplace with a wood-burning stove. 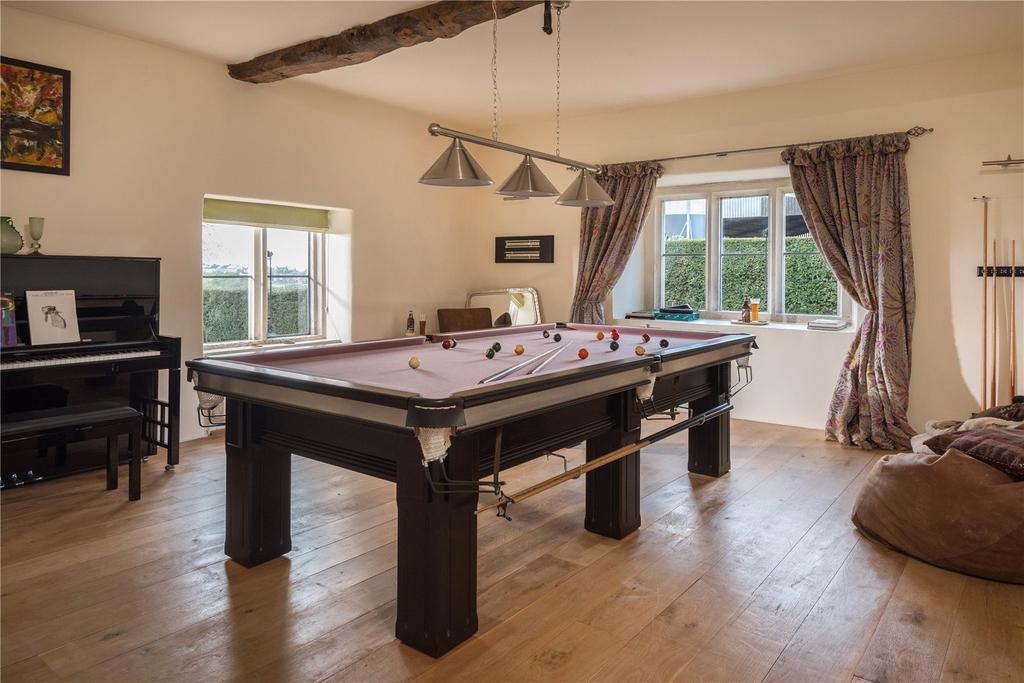 There is also an impressive drawing room with an oak floor, a large open fireplace with carved stone surrounds and a games room that currently houses a pool table and piano. 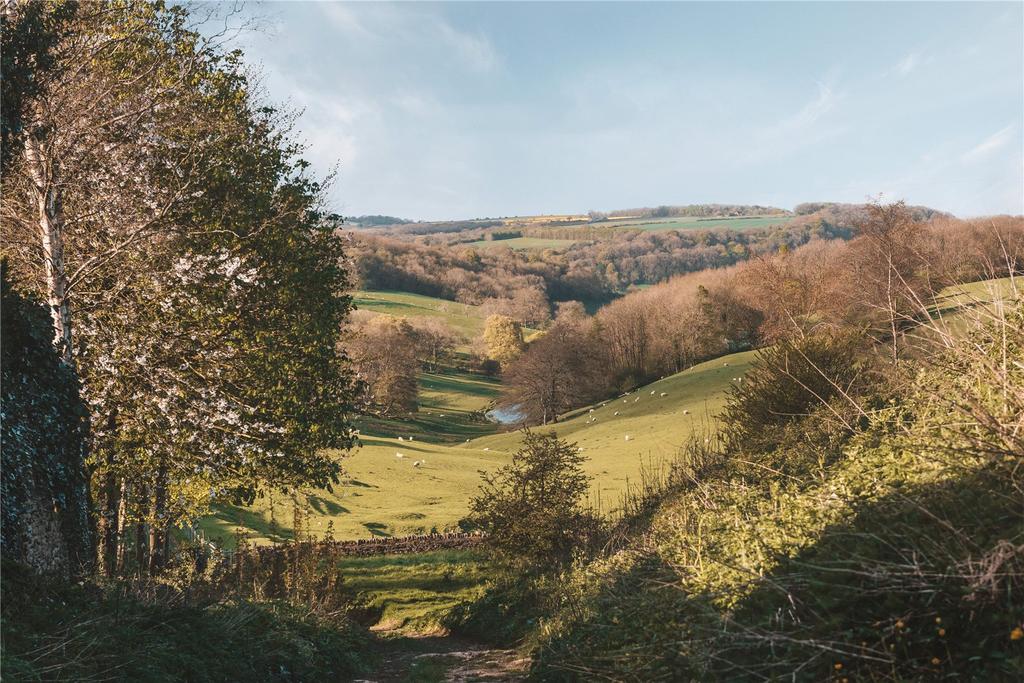 A wide first-floor landing leads to an open-plan study area with views over the gardens and the valley beyond and to the master bedroom suite, with two further en-suite bedrooms; the second floor lends itself to two further double bedrooms.

Burden Court is for sale via Strutt & Parker at £1.75 million – see more details and pictures. 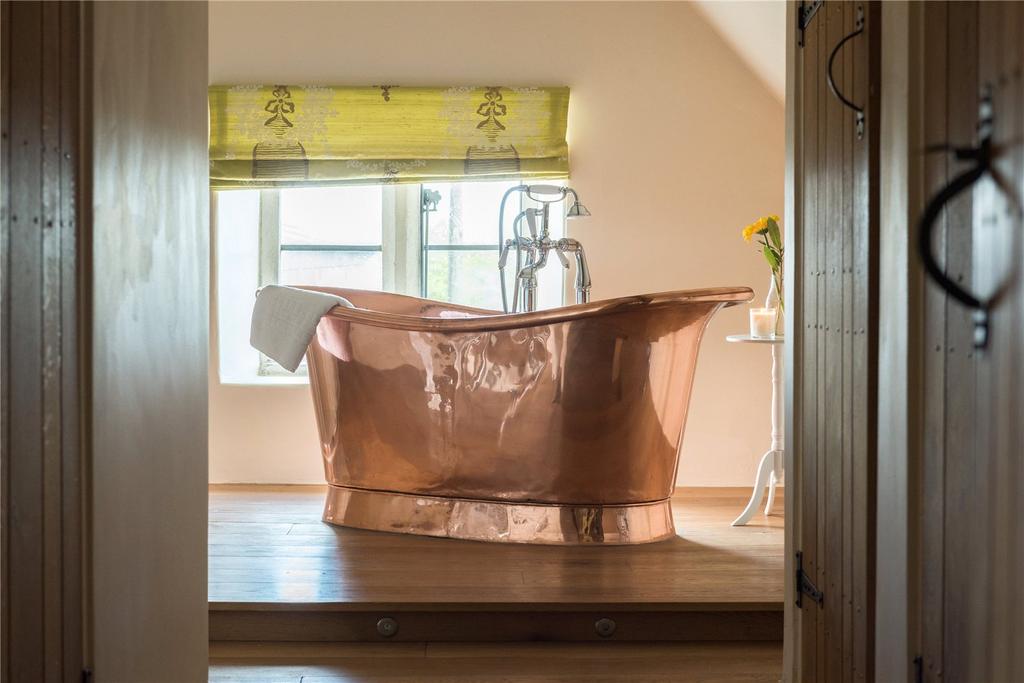 Cream of the Cotswolds properties for sale, with price tags from affordable to, er, rather high.