'A garden is a friend you can visit any time,' runs the saying. With that in mind, James Fisher picks out some of the best homes on the market today. 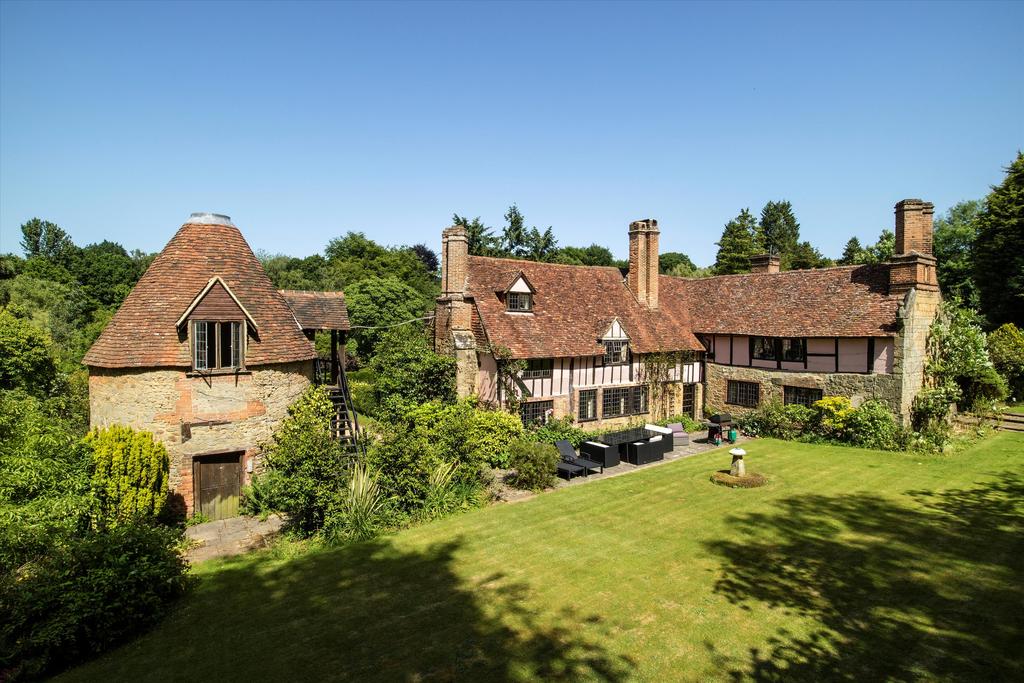 Octavia Hill is best known as the co-founder of the National Trust, but she was also a talented garden designer, as Grade II-listed Crockham House near Westerham (pictured above and top) shows. 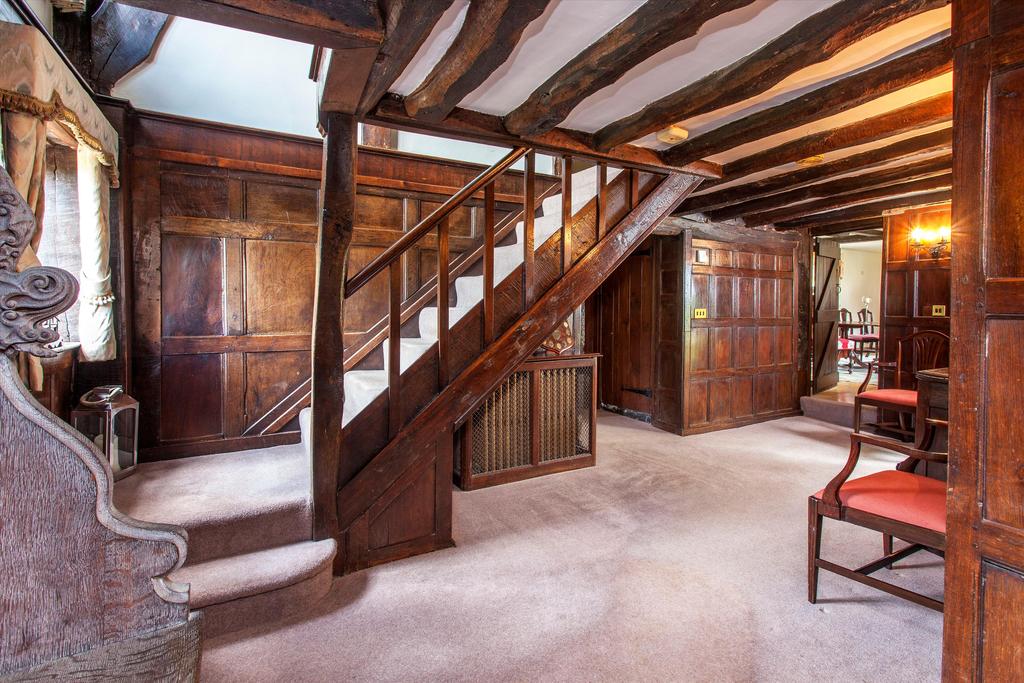 The main house dates from the 15th century and is awash with period features, from oak panelling and exposed beams to inglenook fireplaces and an oast house within the grounds. 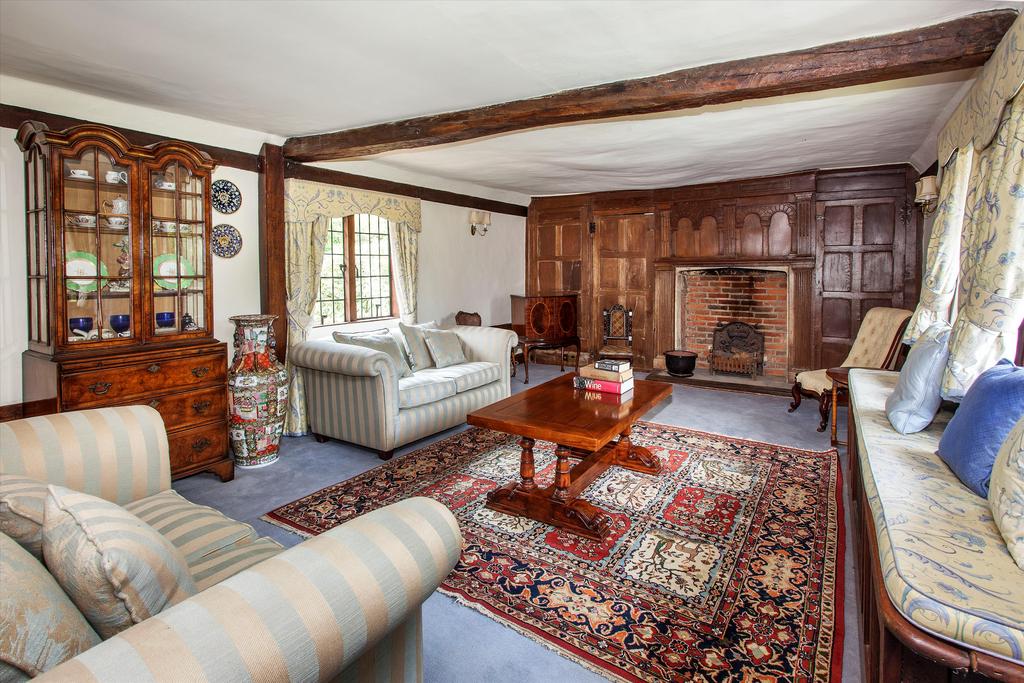 The 6,000sq ft house is dwarfed, however, by the 20 acres of magnificent gardens and grounds — the Queen Mother apparently used to play here as a child.

There’s not much that can improve a great garden, but perhaps water frontage on the River Thames and easy access to The Waterside Inn, The Hind’s Head and The Fat Duck might do it. 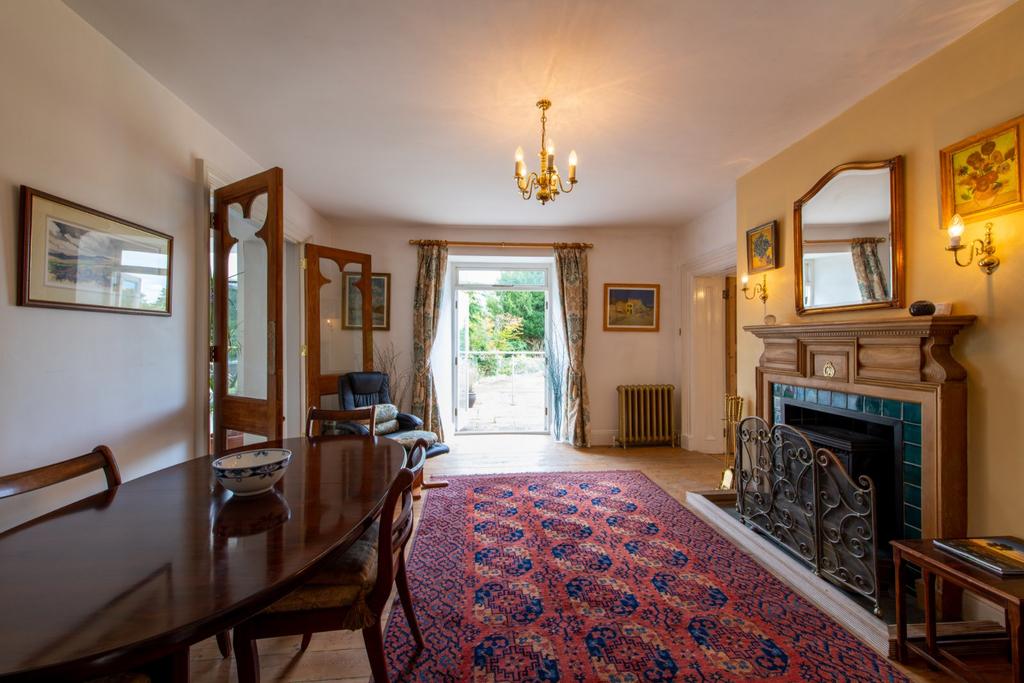 Such luxury is offered by Berkeleys in Bray, a six-bedroom home with a wealth of period features that has been recently, and tastefully, modernised. 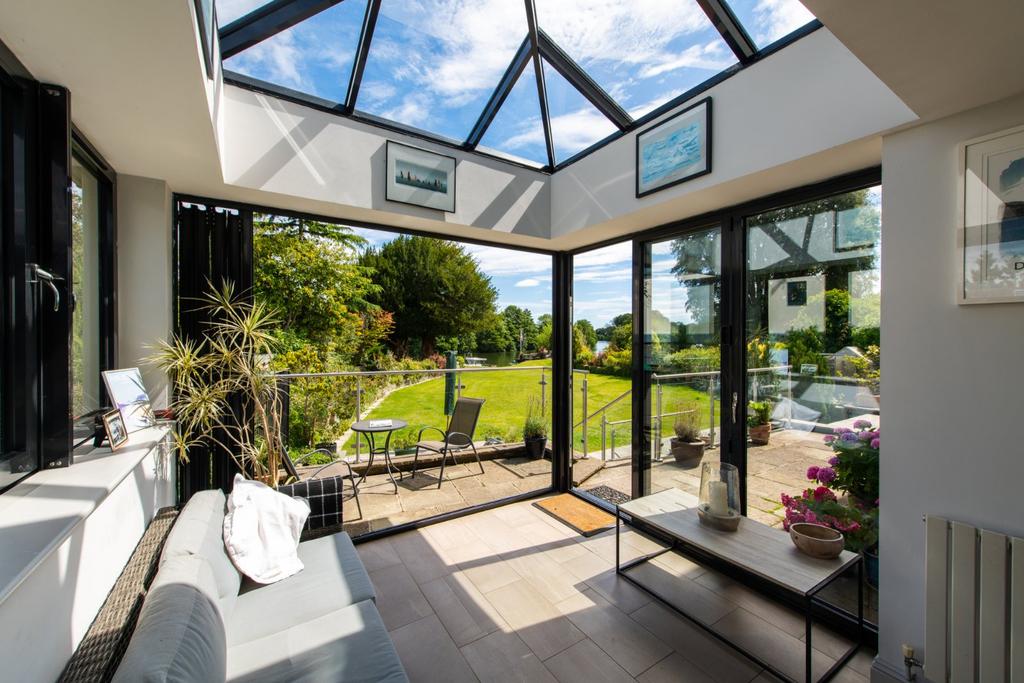 The home was originally the vicarage in the 18th century, and past owners include the Rev Austen-Leigh, nephew of Jane Austen, who wrote the definitive biography of the author that is still in print today. 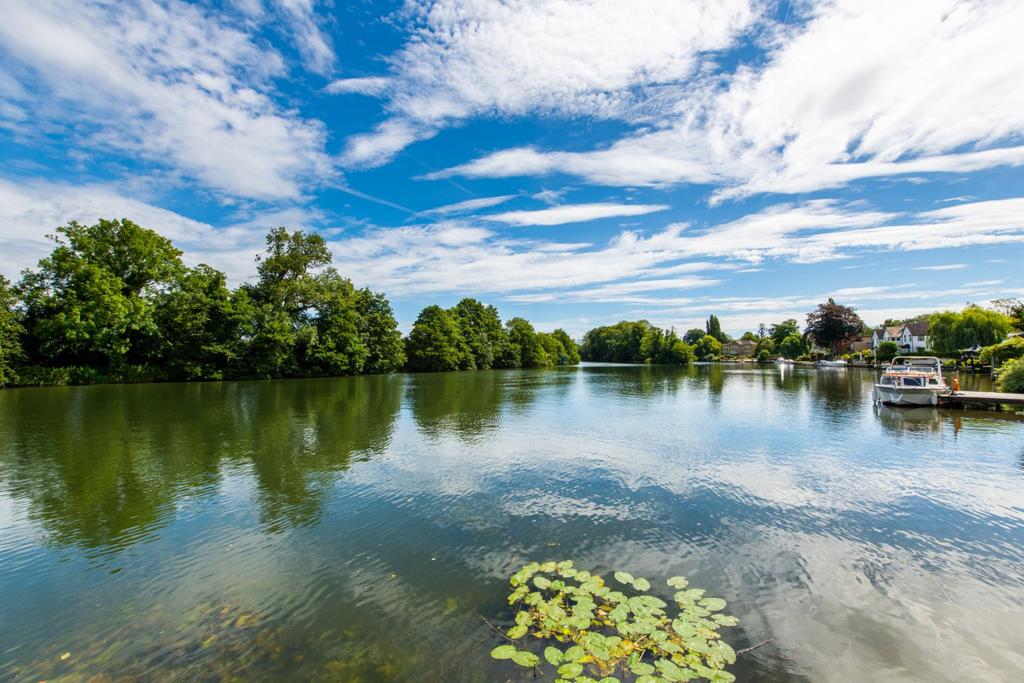 The gardens are mostly set to lawn with well-stocked borders and offer panoramic views over the river and farmland beyond.

For sale with Sotheby’s International Realty. See more pictures and details about this property.

Dating from the 17th century, with 19th-century additions, Grade II-listed the Old Dower House is a compact gem near Cosgrove, Milton Keynes, with endless scope for improvement. 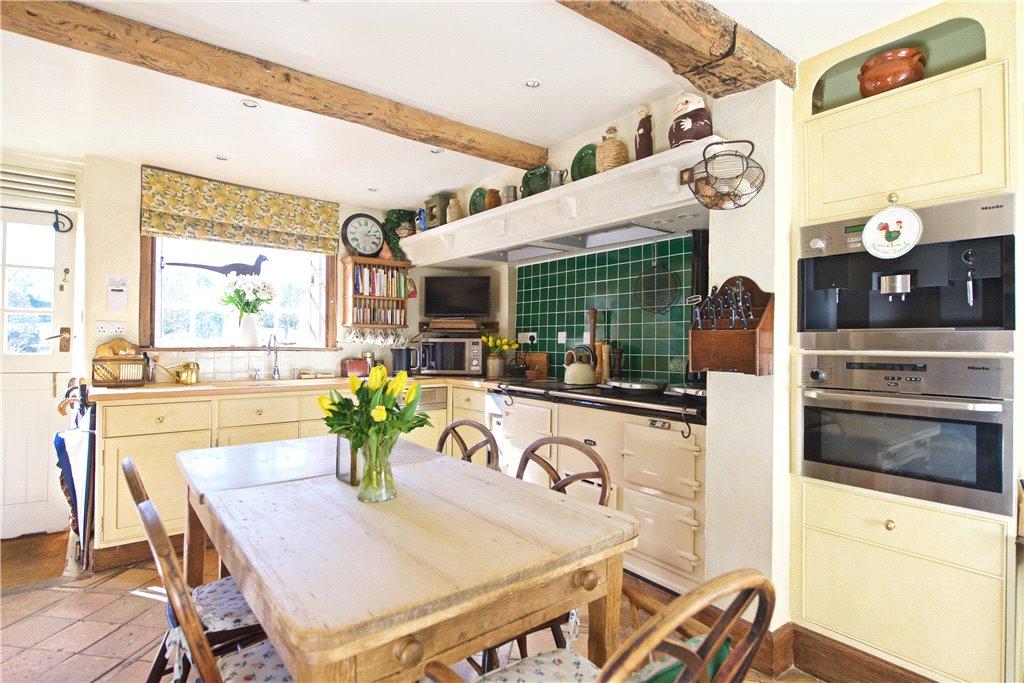 The main house is already presented to a delightfully high standard, with six bedrooms and four reception rooms. 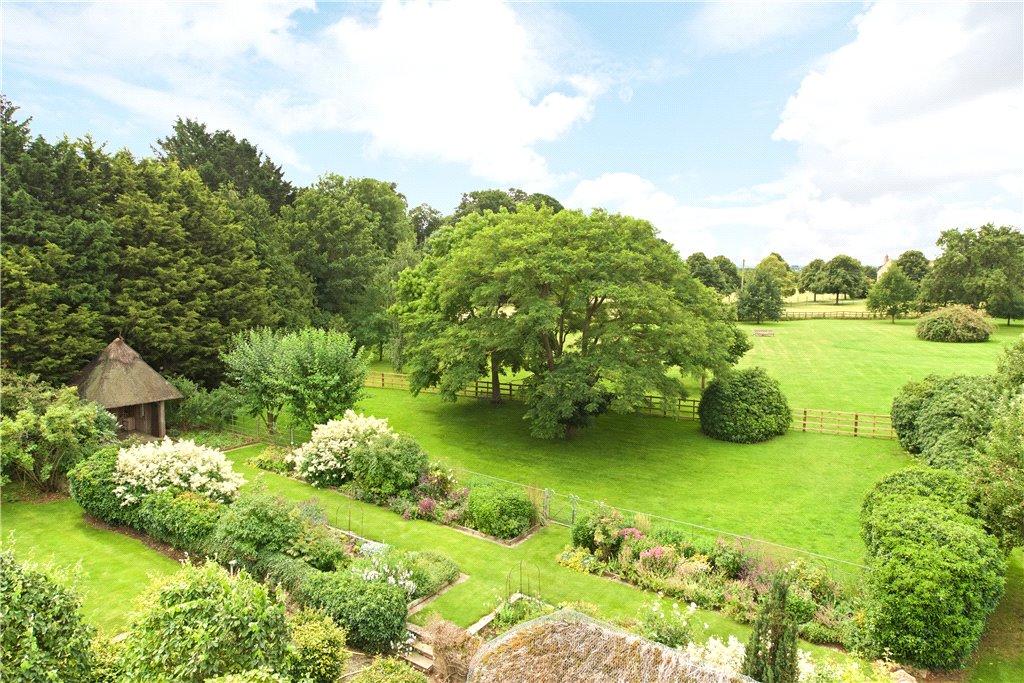 There is also a former gardener’s cottage, which has four rooms and is currently used as an office space. It could easily be refurbished into accommodation. 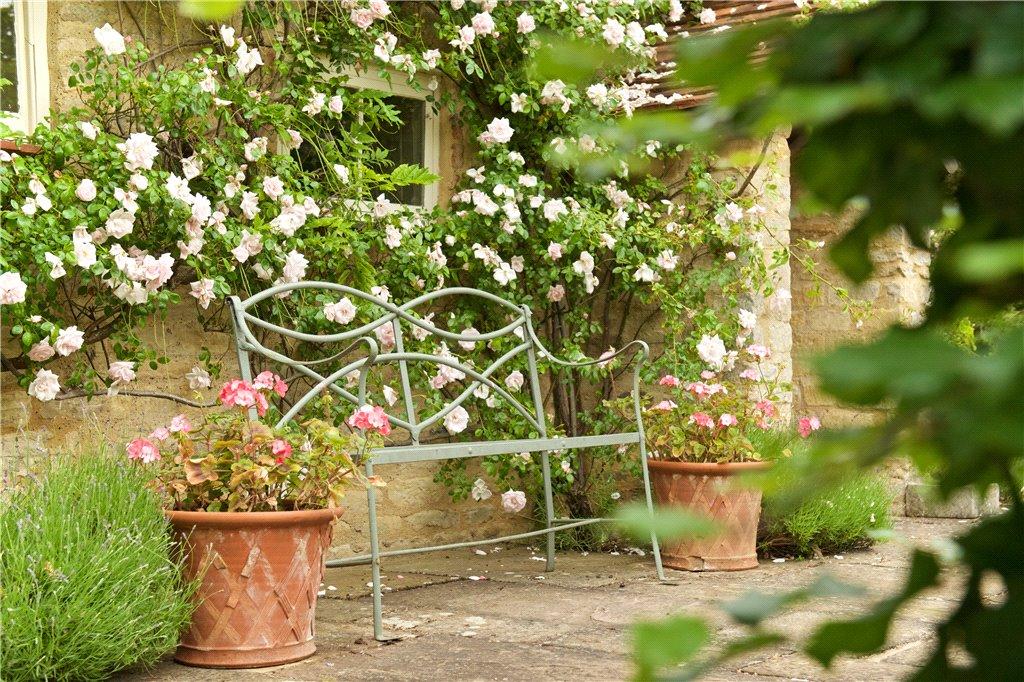 The acre of gardens, designed by Arne Maynard, pack a punch, with box-topiary balls and gravel-lined beds providing formality at the front, and lawned areas, a kitchen garden and a small brook providing a more relaxed feel to the rear.

For sale with Michael Graham. See more pictures and details about this property.