This incredible apartment in a huge 19th century house within the M25 has had some astonishing visitors. If only the walls of Wall Hall could talk...

George VI, the Queen Mother and John F. Kennedy are among the illustrious house-party guests to have visited Wall Hall Mansion, a vast Hertfordshire pile set in 55 rolling acres designed by Humphry Repton.

This Gothic Revival house not far from Watford was originally built in 1802 for a George Thelluson, but in the 20th century it passed into American hands. 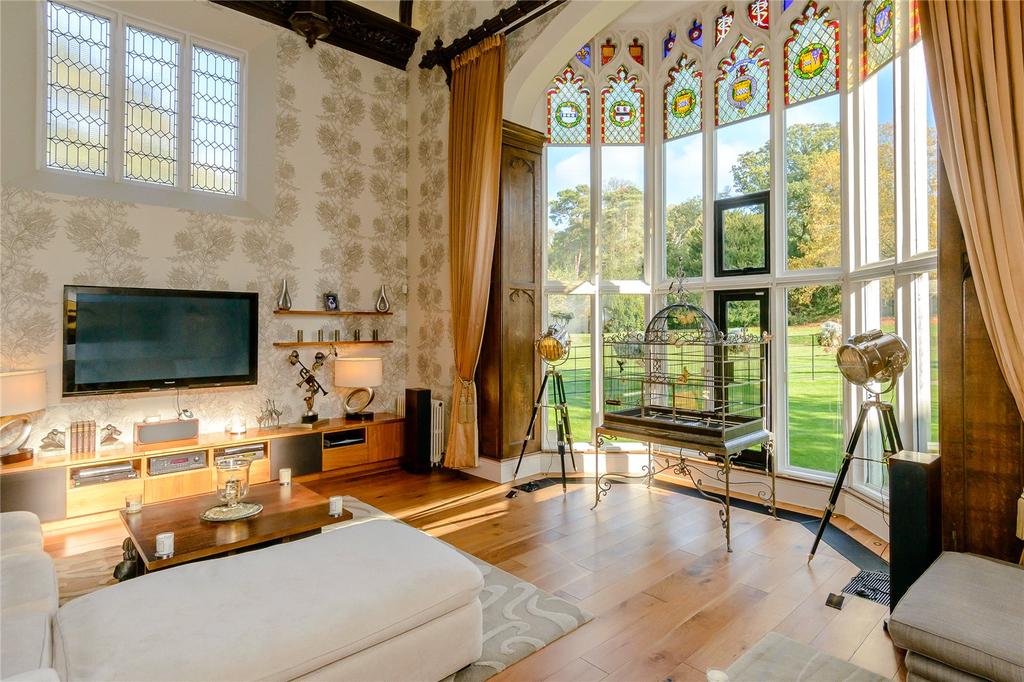 First up was J.P. Morgan Jr (heir to the banking magnate) and later, during the Second World War, Joe Kennedy, father of JFK and Bobby Kennedy, and US Ambassador to Britain on the outbreak of the conflict — hence the illustrious list of guests.

After that, Wall Hall fell into less glamorous use as a teacher training college and student accommodation, until in 2003 it was converted into flats — one of which, the spectacular five-bedroom Windsor Apartment, is now on the market at £4.95m. 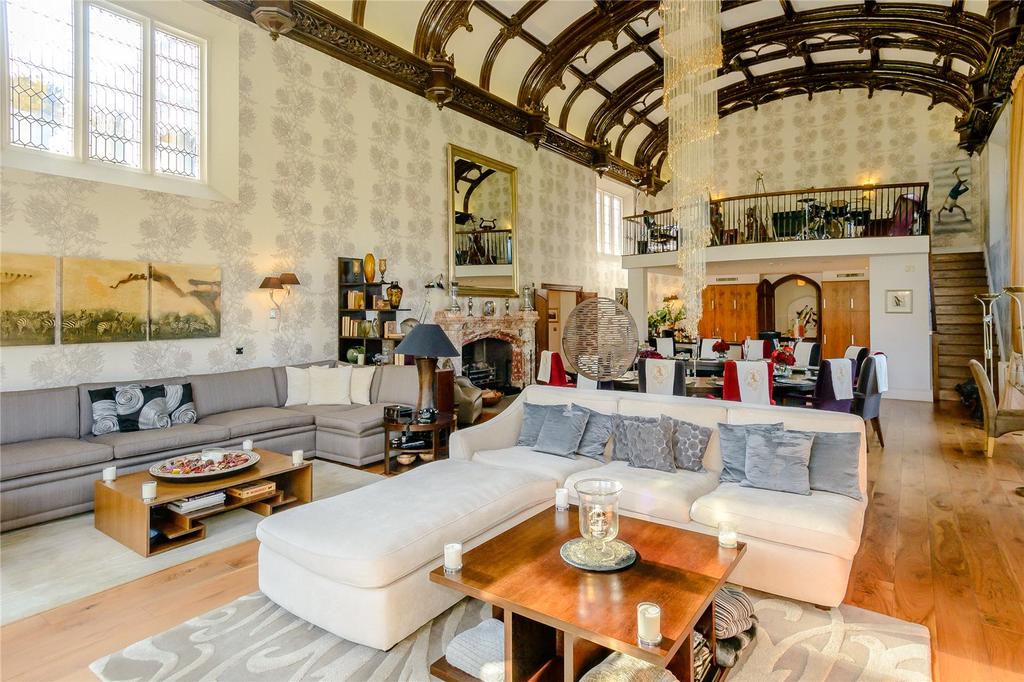 This home occupies one wing of the building and incorporates the Baronial Hall — complete with stained-glass windows — an office-slash-music room and a castellated roof terrace. 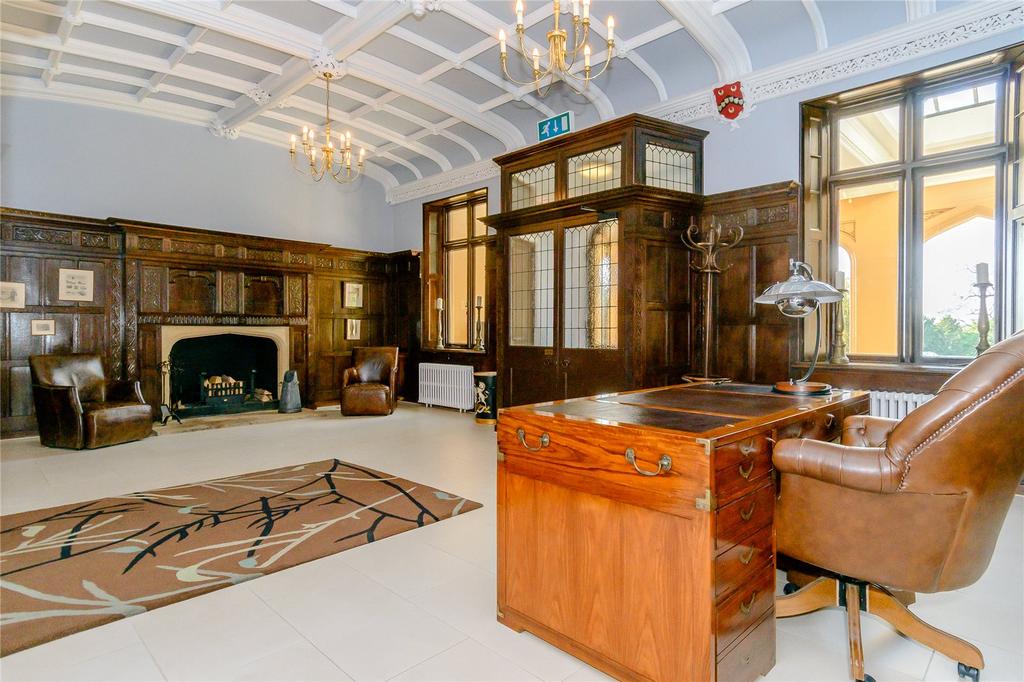 The Baronial Hall is the feature that will be the love-it-or-hate-it selling point, a vast space (roughly 45’ by 26’) with a raised platform at one end which is currently set up as a stage which sits below the carved wooden beams of the ceiling. 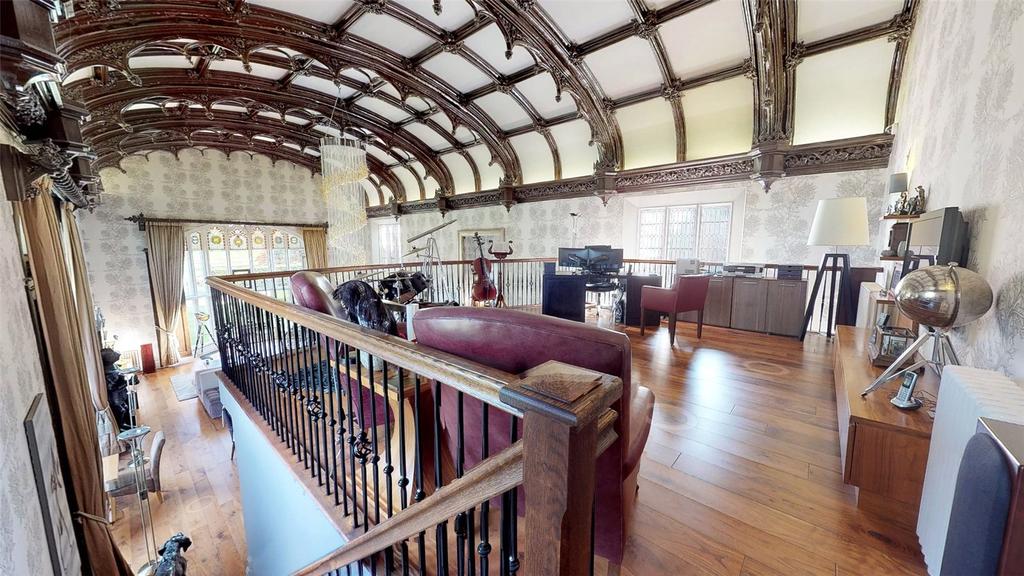 This is unabashedly a home for somebody who wants to entertain on a grand scale; the fact that it is within the M25, and not far from the various film and recording studios of north London, might suggest a buyer who’ll make the most of the 5,100sq ft to put on some memorable shindigs — as, no doubt, the Kennedys once did in the 1940s. 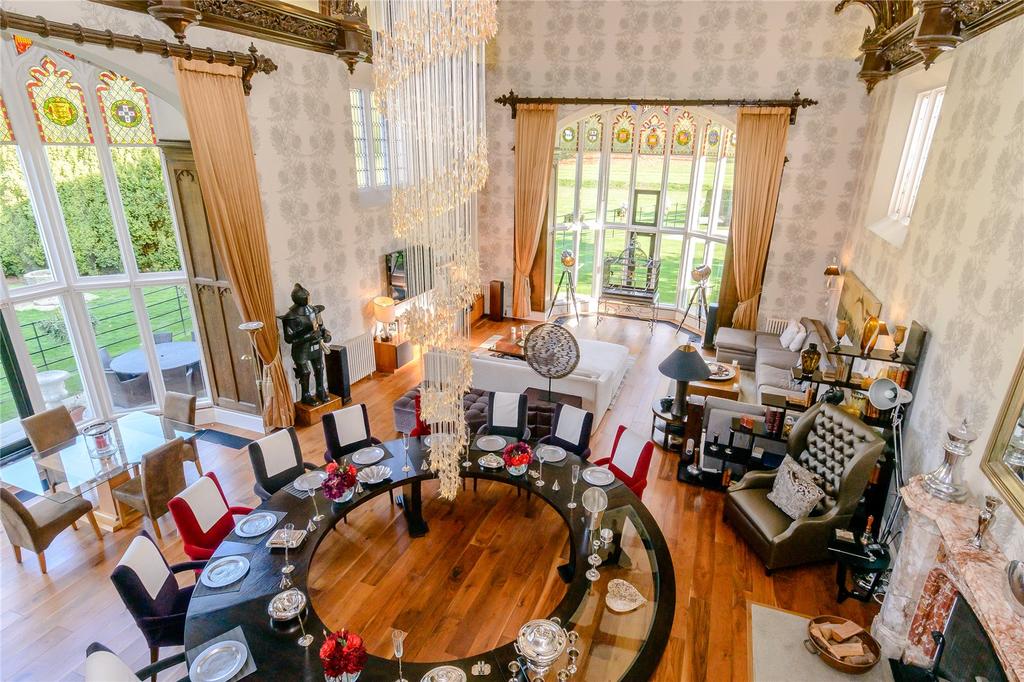 And for the quieter moments? Well, beyond the apartment itself there are all manner of shared facilities, including the gardens, gym and a tennis court, as well as the grounds. And the pretty village of Aldenham – with its village green, pubs and boating lake — is just beyond the boundary. 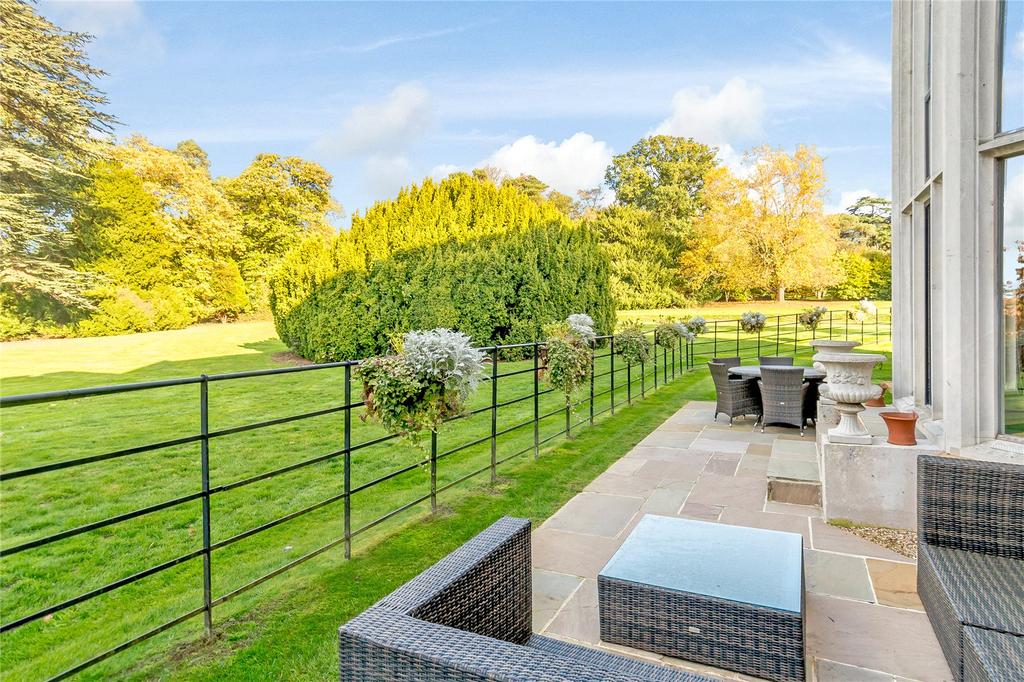 The Windsor Apartment at Wall Hall Mansion is for sale via Strutt & Parker at £4.95 million — see more details and pictures.