Last week saw the launch in Country Life of one of south Herefordshire’s most enchanting small country estates: the wonderfully unspoilt, 120-acre Bernithan Court at Llangarron, near Ross-on-Wye, which boasts a Grade II*-listed house built in 1692 on the site of an earlier house owned by the Hoskyns family since 1616. 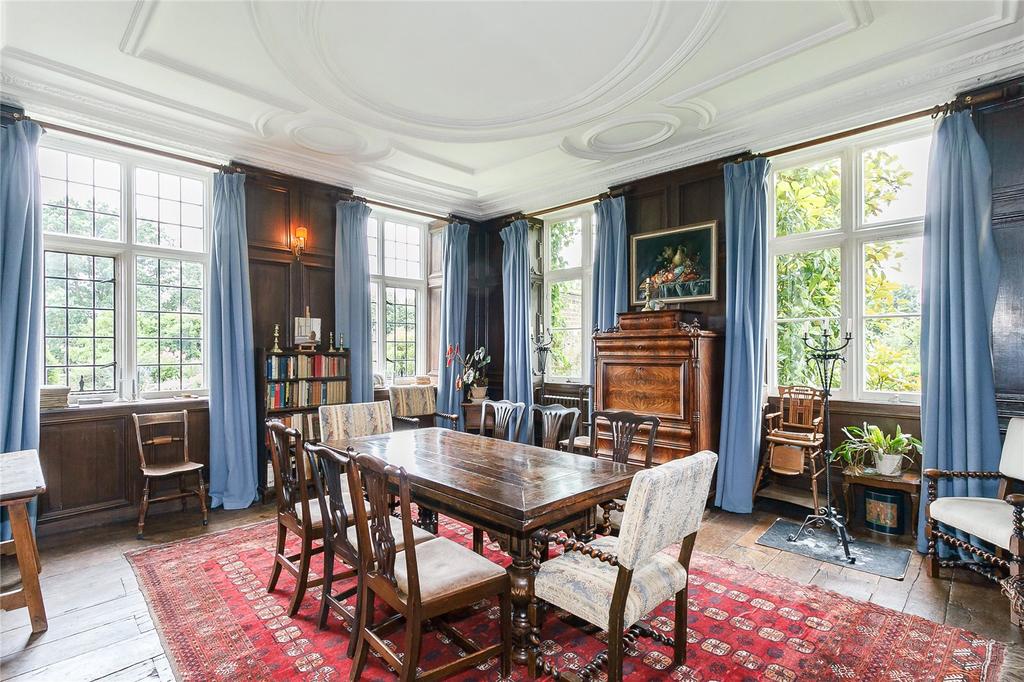 Strutt & Parker quote a guide price of £3.25 million for the estate, which stands on the edge of picturesque Llangarron village, at the heart of a landscape described as ‘a Country of Gardens and Orchards’ by the 17th-century traveller Celia Fiennes, who rode side-saddle through every county in England between 1685 and 1702. 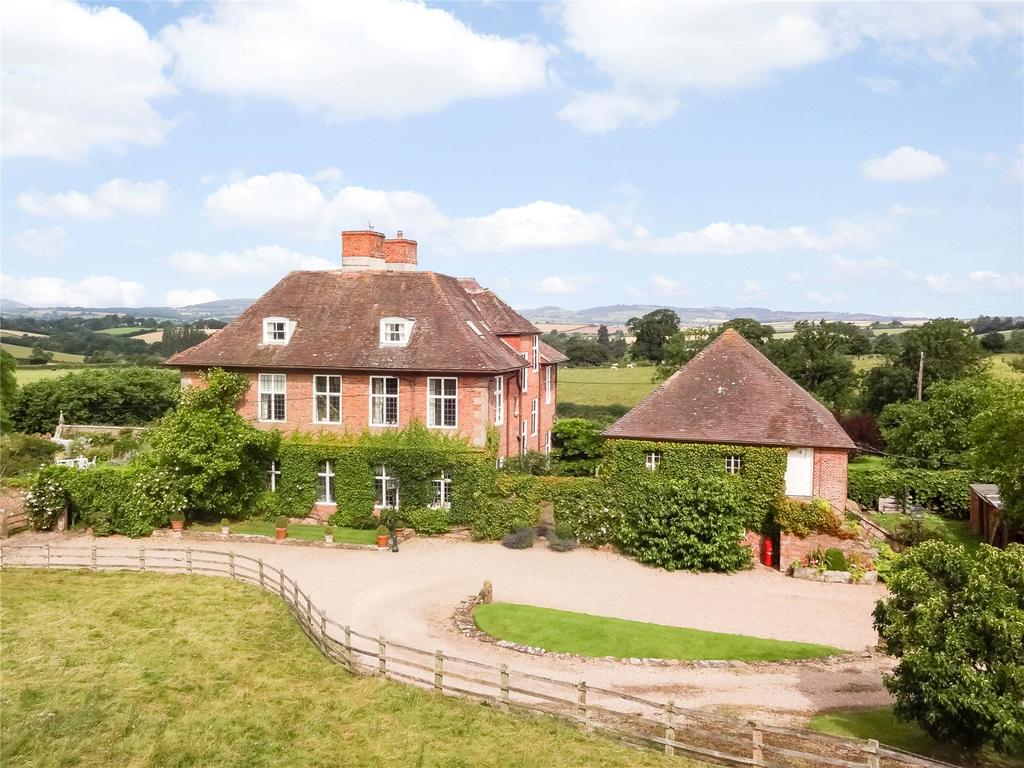 Miss Fiennes was evidently unimpressed by the state of the roads in what was then a remote part of the country, although, according to the late John Cornforth (Country Life, November 9, 1967), ‘the roads have improved since she jogged along them…yet the parish of Llangarron is still fairly out of the way, six miles to the west of Ross beyond the Wye and the motorway. Once off the main road, one plunges into a network of lanes that seem to meander vaguely westwards, and if one happens to have chosen the right one, one passes Bernithan’. Miss Fiennes, apparently, never did. 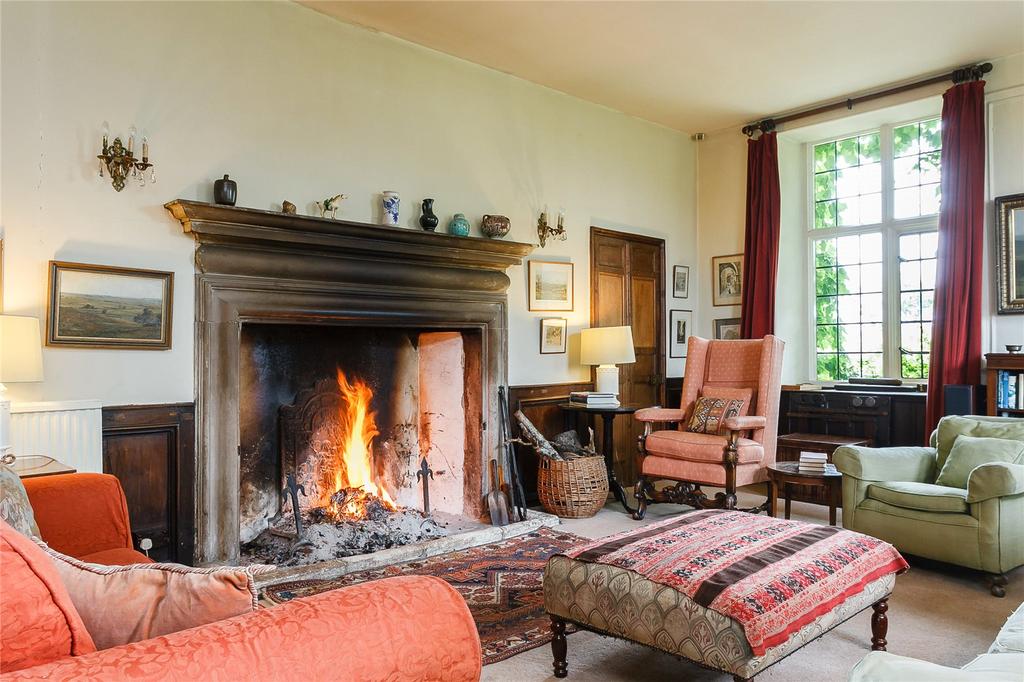 For centuries, the lands in these parts were owned by a handful of families, notably the Gwillyms of Langstone Court, the Hoskyns of Bernithan, the Kyrles of Walford Court and the Clarkes of Hill Court, all of whom lived within a few miles of each other and were inter-connected in some way.

One of the most prominent was William Gwillym the younger, whose mother was a Hoskyns of Bernithan and whose wife, Elizabeth, was a co-heiress and younger daughter of Robert Kyrle of Walford Court. William served as High Sheriff of the county in 1693 and inherited Langstone Court in about 1698. 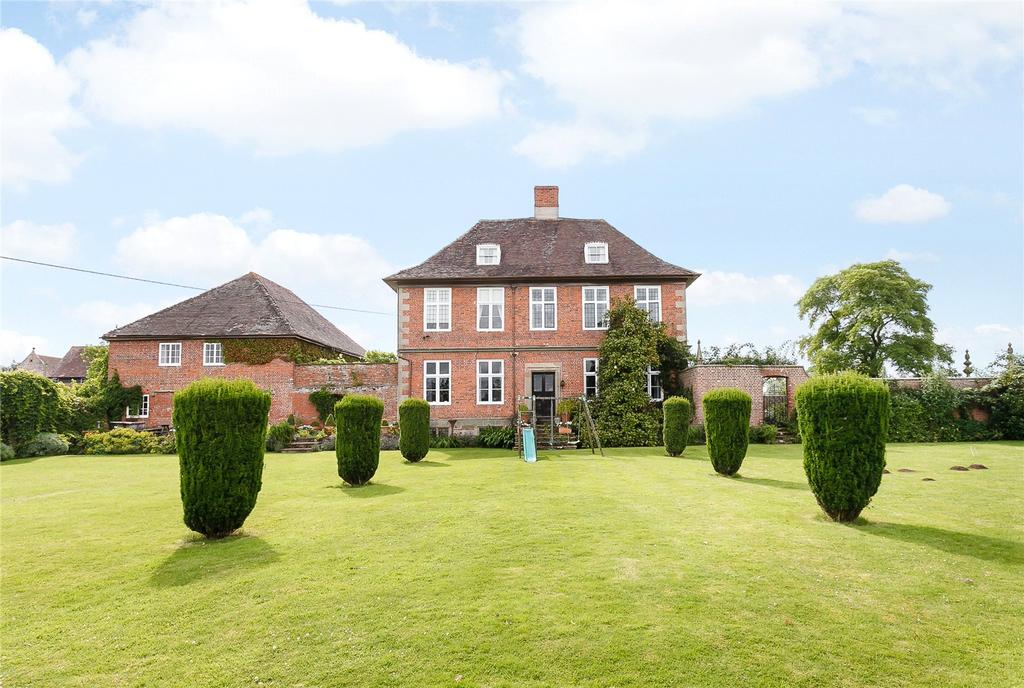 In the 18th and 19th centuries, Bernithan passed through several hands. In 1926, an advertisement in Country Life announced the sale of the ‘important and valuable freehold Agricultural and Sporting Estate known as Bernithan Court, containing in all about 308 acres of rich pasture, pasture orcharding and productive arable land… 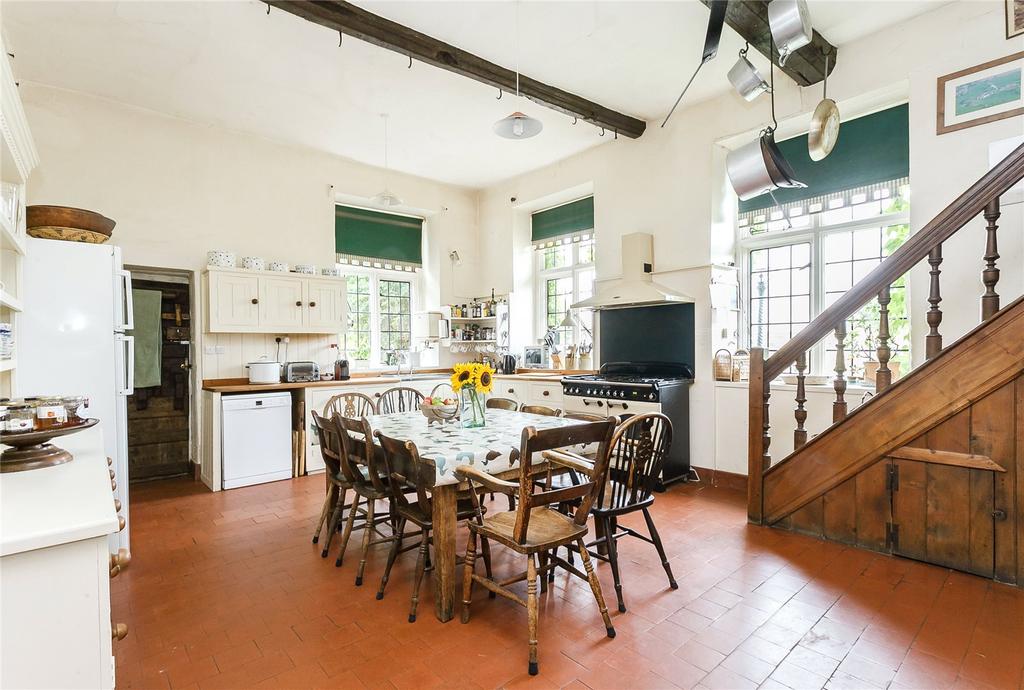 ‘The Residence, which is approached by a carriage drive, is exceptionally well built of the Tudor period, formerly the seat of the Hoskyns family, and said to have been visited by James the First, and contains panelled entrance hall, exceedingly fine old oak staircase, three reception rooms (two of which are oak panelled), nine bedrooms (one panelled), bathroom, dressing room and the usual domestic offices. The farm is well watered, with a lake of almost three acres suitable for stocking with trout, and three other pools.’ 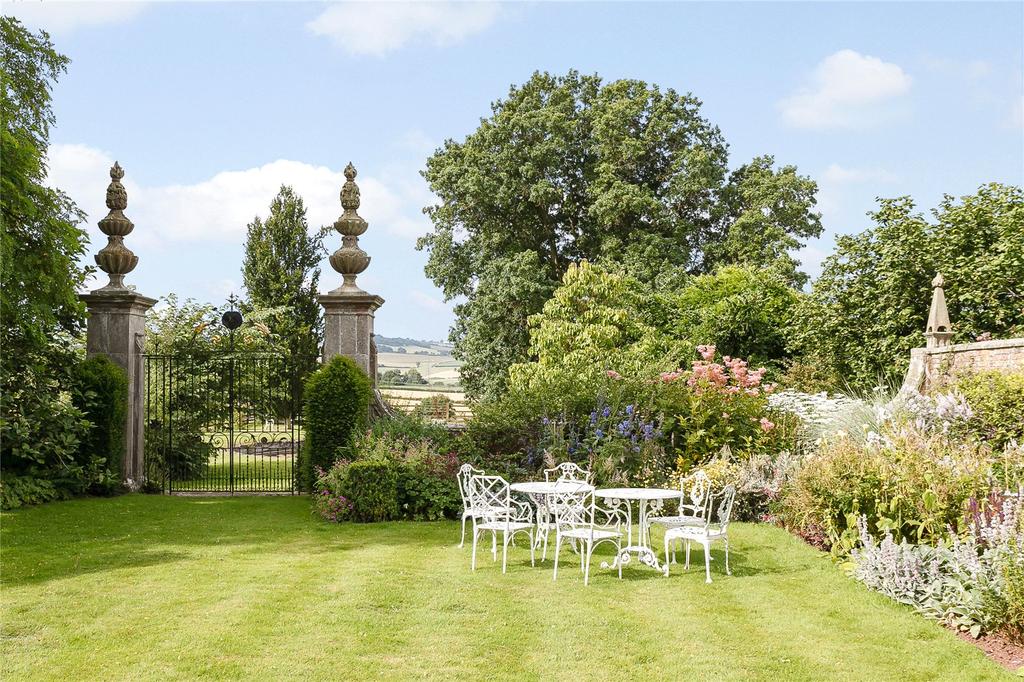 The following year, the estate was bought by Lt-Col E. Barnardiston, who restored the house and garden, modernised the farm and stocked the lake with trout. However, the fish failed to thrive in the weed-infested water and, in a bid to clean up the lake, a batch of rare carp was introduced. 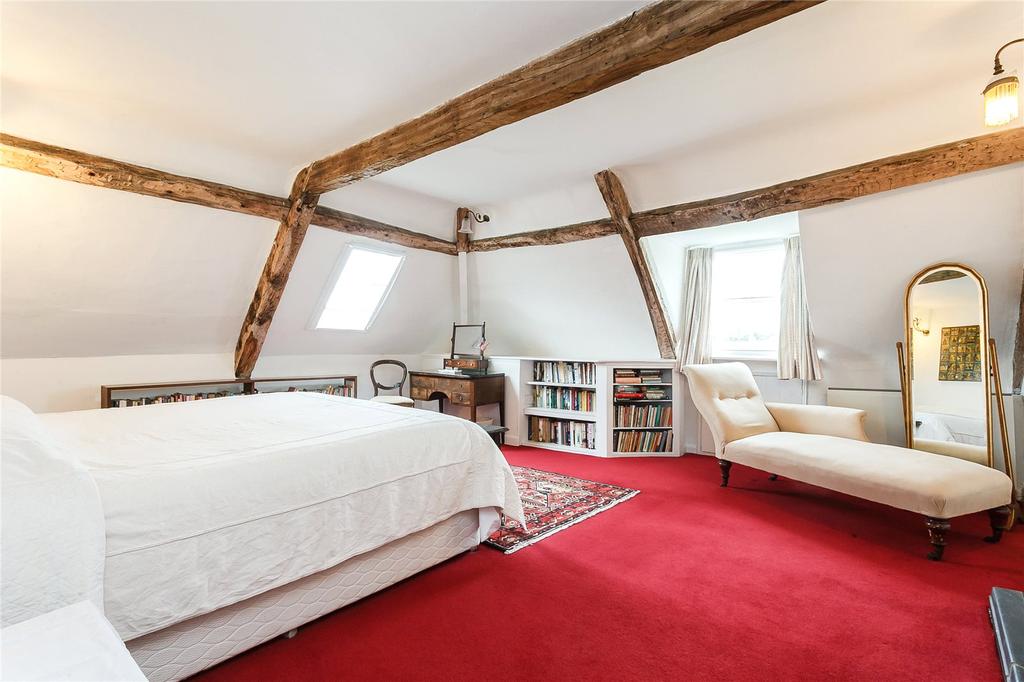 Undisturbed by fishing throughout the Colonel’s lifetime, the Redmire lake became a breeding ground for monster carp, the most famous being a 44-pounder caught by a Hertfordshire engineer in 1951. The fish, named Clarissa, was presented to London Zoo and lived in its aquarium for a further 20 years. 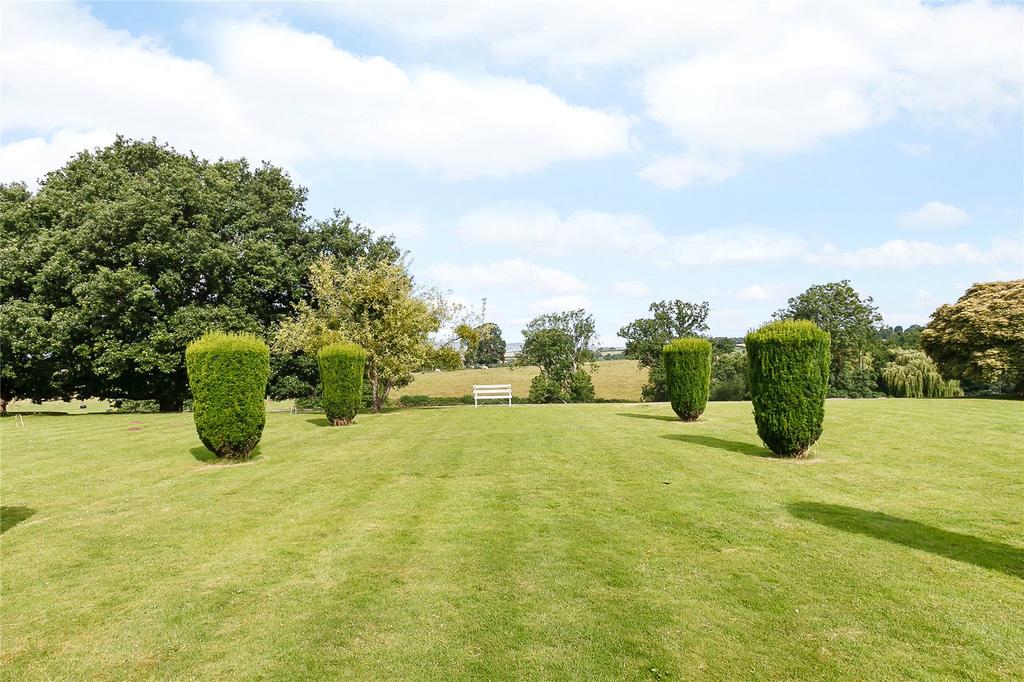 On February 8, 1952, a Country Life advertisement again announced the sale of Bernithan Court, described as a ‘Genuine William and Mary Residence’ with ‘3 reception rooms, 4 principal and 3 secondary bedrooms, 2 bathrooms’ plus ‘a sporting covert of 9 acres containing valuable mixed timber, a lake, a fish pond – 15 acres in all’ – together with ‘the prize-winning, 295-acre Bernithan Farm, let on a yearly tenancy at a rent of £600 per annum’. 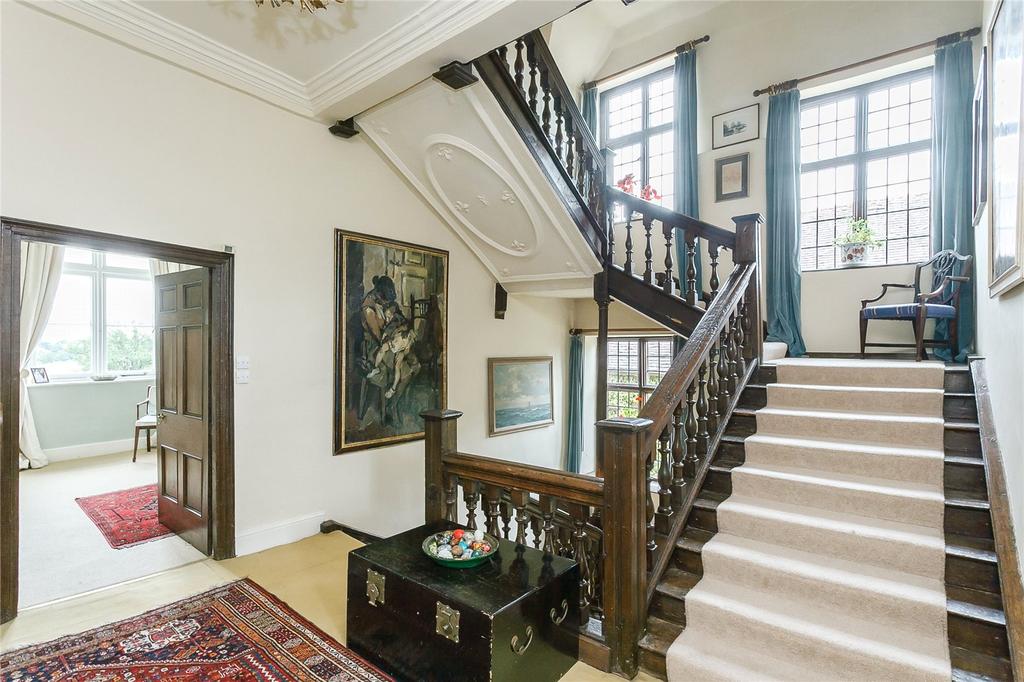 The house and farm were bought by the formidable Mrs Amy Simmons, a well-known local character and master of the South Herefordshire hunt, and the great-aunt of the current vendors. 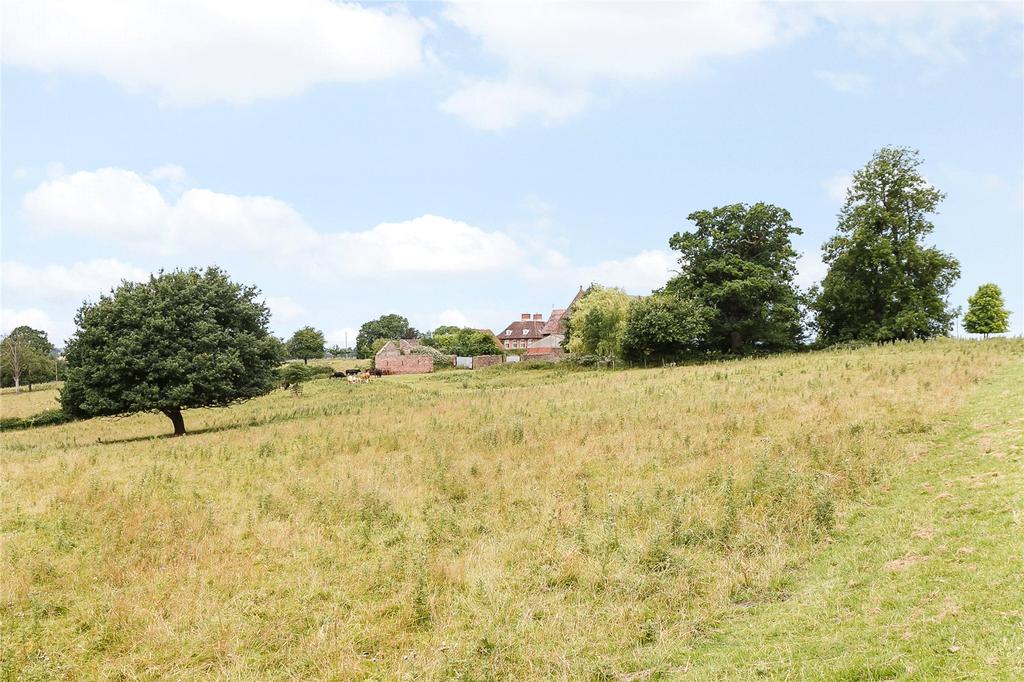 During this family’s tenure, a major restoration was carried out between 1972 and 1974 and again in 1985. The walled garden was restored in 2002. Throughout this time, the Redmire carp fishery has gone from strength to strength, generating an annual income of some £40,000, which covers the upkeep of the house and grounds. 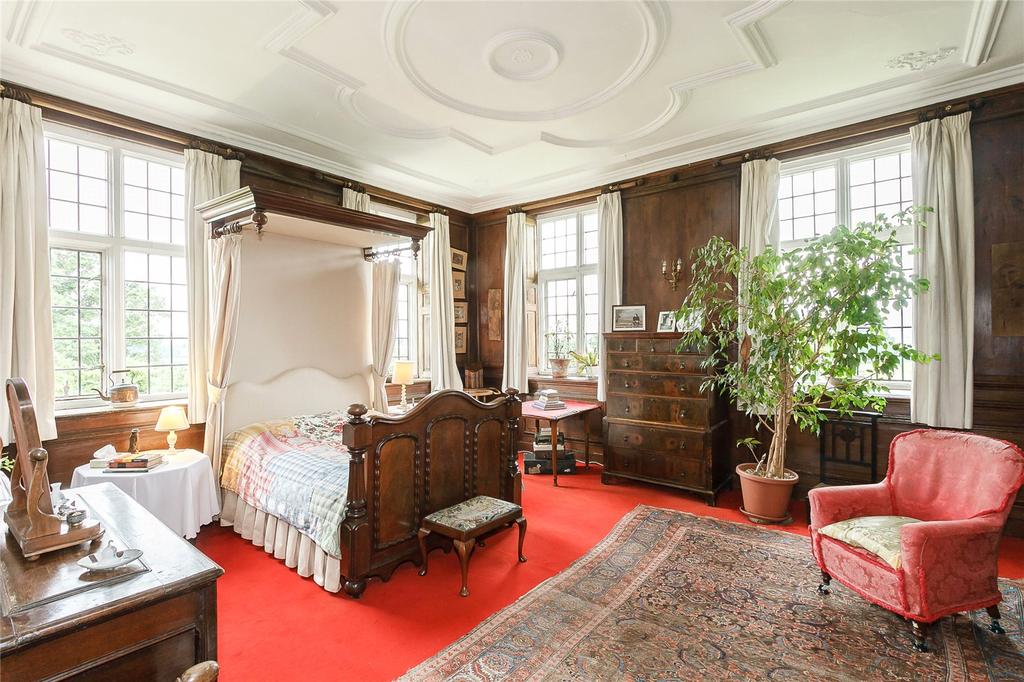 Bernithan Court is on the market through Strutt & Parker at a guide price of £3.25 million. For more information and pictures, click here.