Wood Hall is a storied estate in Norfolk with substantial acreage that offers a wealth of opportunity for buyers, says Penny Churchill.

People who buy country estates in Norfolk tend to take a long-term view. Most of the county’s great landed estates have been owned by the same families for generations. Although it’s not uncommon to see large country houses being offered for sale in the county with a small acreage of amenity land or parkland, only rarely does a substantial farming estate with an historic, Grade II*-listed manor house come to the open market in this part of the world. Just such a property has just been launched onto the market via Country Life: the 600-acre Wood Hall estate near the village of Hilgay, five miles south-west of Downham Market, 31 miles from Cambridge and 45 miles from Norwich. 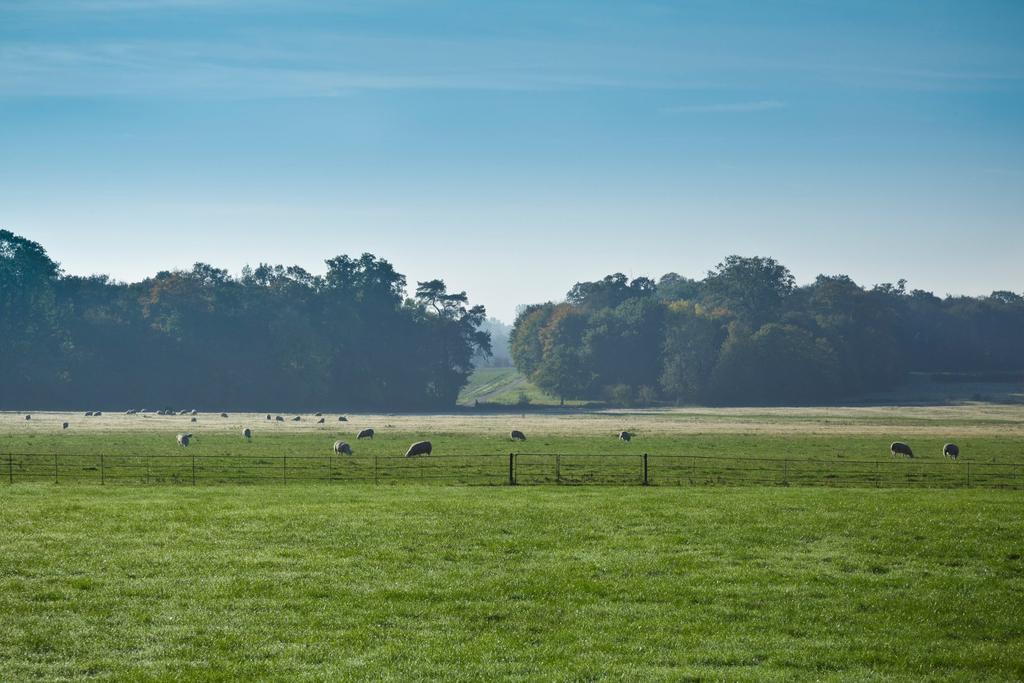 Owned by the same family since 1878, Wood Hall has been home since 1974 to the present incumbent, who inherited the house and land from a bachelor cousin and, over the years, has progressively developed the farming enterprise, drained the land, extended the woodland and revived the historic manor house, gardens and parkland. Savills quote a guide price of £9.35 million for the estate as a whole or in up to 12 lots. 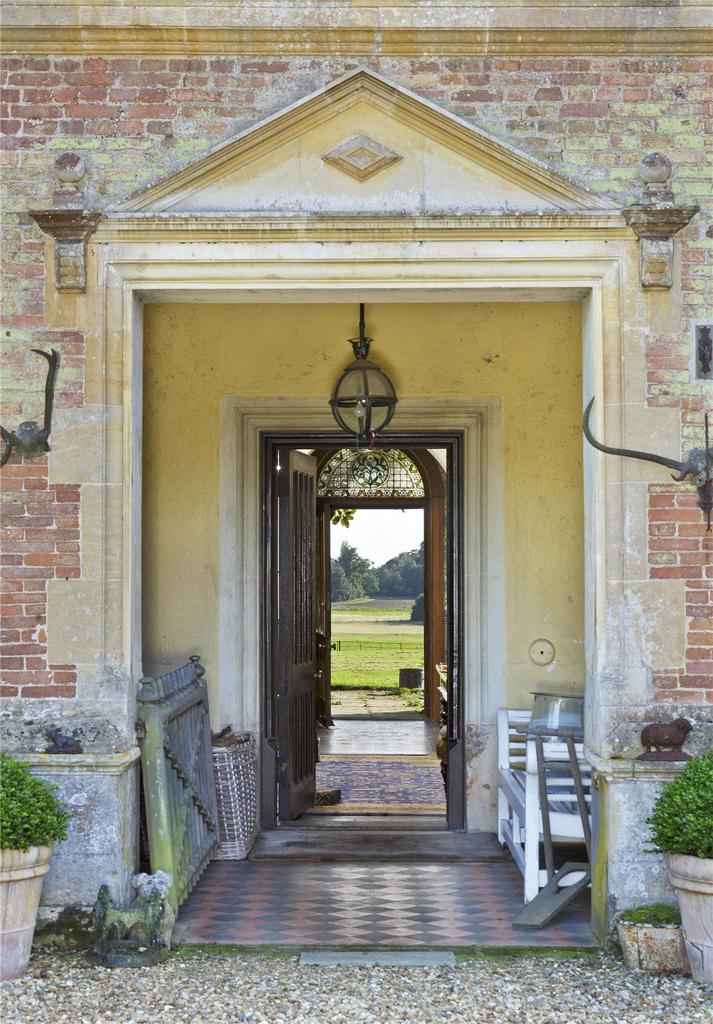 From the late 10th century until the Dissolution in 1539, Hilgay was owned by the enormously rich Benedictine Ramsey Abbey, the third most important in England after Glastonbury and St Albans. After the Dissolution, the lands of Wood Hall were granted by Henry VIII to Henry Hawe, who built his grand Elizabethan manor house on an island of high ground to the south of Hilgay, in about 1579.

In 1806, the then owner of Wood Hall, William Jones, commissioned Norfolk’s own landscape designer, Humphry Repton, to make plans of the site at a time when large sections of the house needed to be rebuilt following a fire. During his career, Repton designed gardens and parkland for more than 20 estates in Norfolk, including Sheringham Park, Gunton Hall, near Cromer, and Honing Hall, near North Walsham. 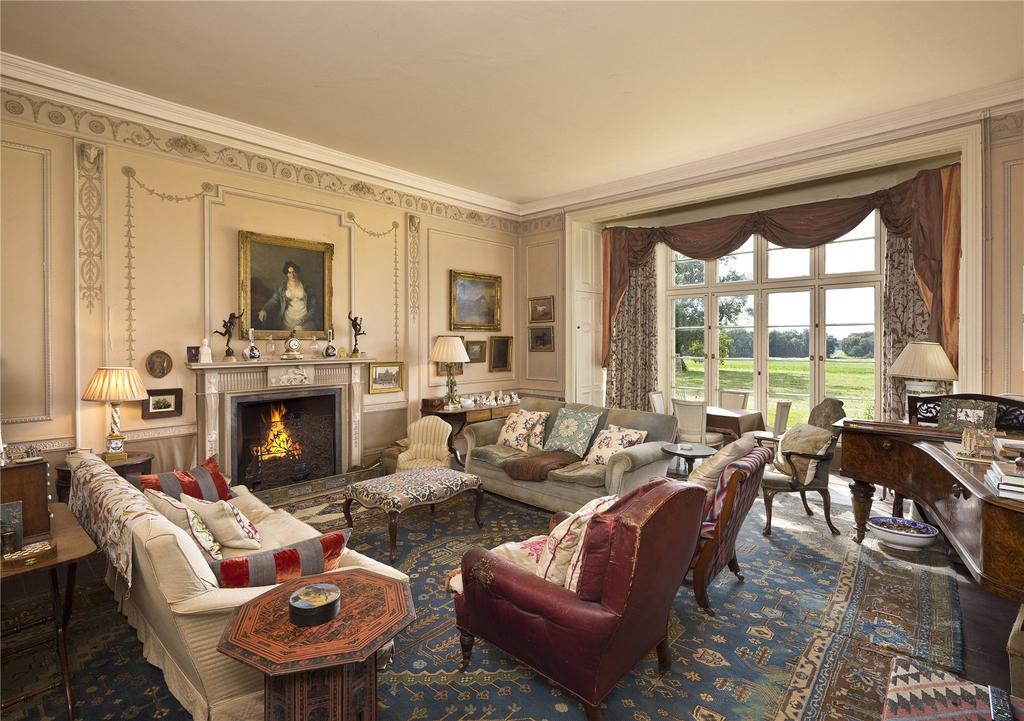 In 1807, Repton duly presented Jones with his Red Book, one of only seven to survive in Norfolk, setting out his vision for Wood Hall and its grounds. The rebuilding work, which included the addition of a Gothic conservatory on the east front of the house, is generally attributed to Repton — possibly assisted by his architect son, John Adey Repton, who worked with him from 1802 — although his main focus was the landscaping of the gardens and parkland to make the most of Wood Hall’s elevated site and southerly views. 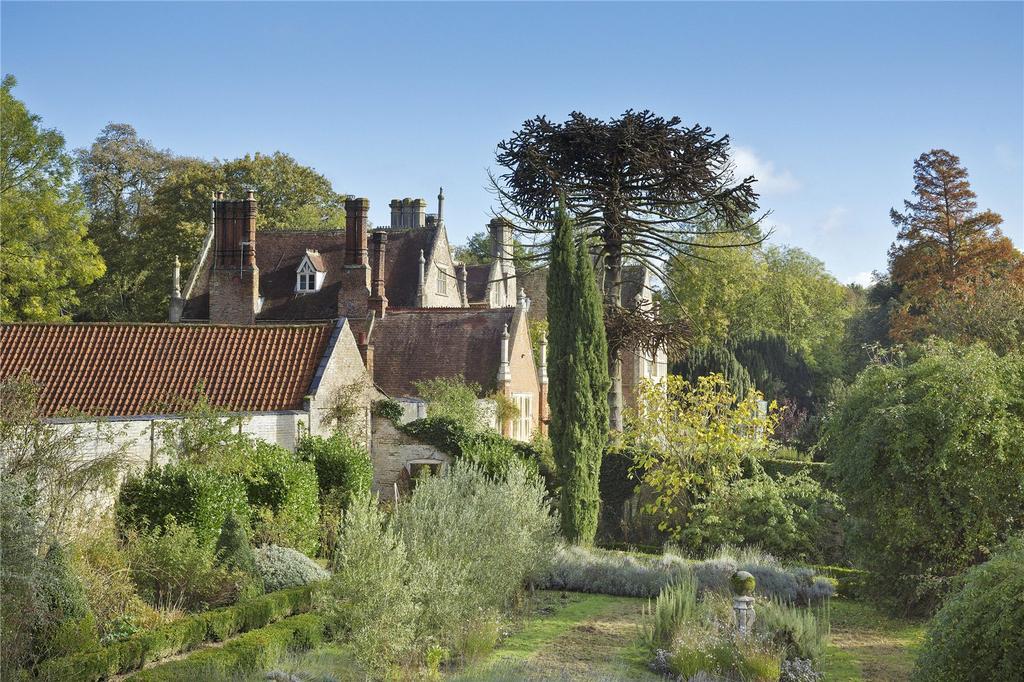 Approached through wooded parkland and grounds along a sweeping gravel drive that leads to the northern façade, Wood Hall offers more than 11,200sq ft of comfortable living space on three floors, including a central entrance hall, three main reception rooms, a study, office and kitchen/breakfast room on the ground floor; eight main bedrooms and four bathrooms on the first floor; and a further four bedrooms and two bathrooms on the second floor. 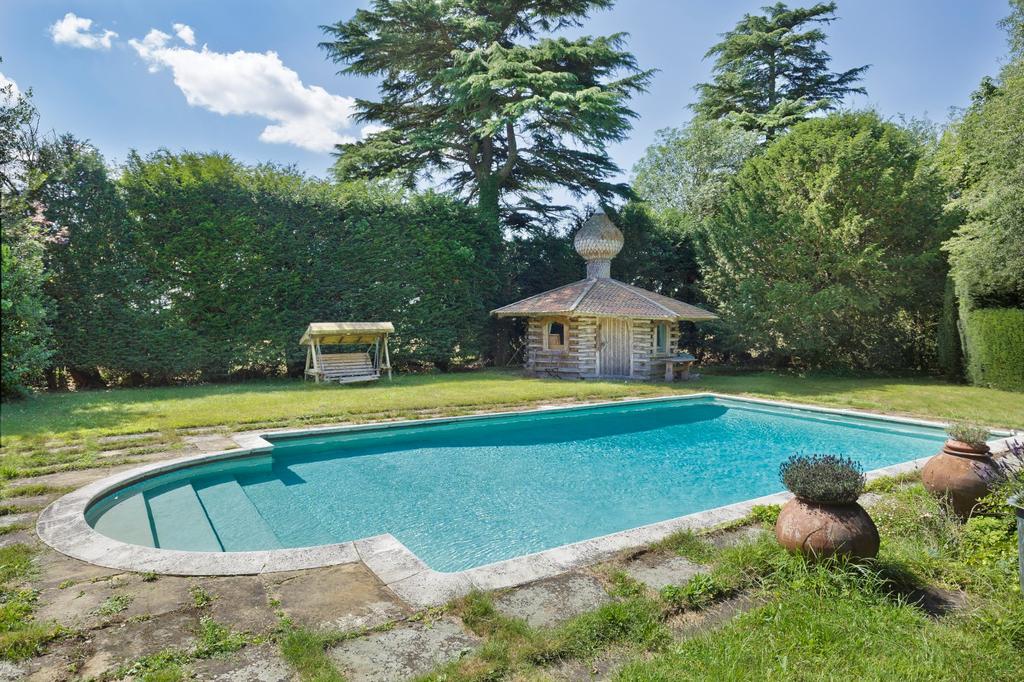 Of particular note is the central panelled entrance hall with its ornate plastered ceiling, large carved stone fireplace and views over the parkland; the south-facing drawing room with its fine plasterwork, panelled walls and full-height windows leading to the terrace and gardens; and, leading from the hall, the wonderful full-width kitchen, measuring almost 30ft by 30ft, designed by the current owners with the help of a local craftsman and hailed in Country Life (June 8, 2020) as an example of ‘the perfect party kitchen in an historic home’.

The land at Hilgay, extending in all to 456 acres accessed by a well-planned network of farm tracks, forms the core farming component of the estate. The well-drained peaty soil, which benefits from a sophisticated irrigation system, allows the growing of cereals, sugar beet, potatoes and field vegetables in rotation.

Some 93 acres of mature woodland, allied to the undulating topography of the estate, provide the elements for a diverse and entertaining shoot centred on the park and the adjoining arable fields, with additional sporting rights over 835 acres of neighbouring land. A further amenity on the north-east corner of the estate is land linking Wood Hall to the River Wissey, which offers the potential for fishing and leisure pursuits, such as kayaking.

The stables at Wood Hall.

The estate also offers a ready-made portfolio of seven modernised farmhouses and cottages that provide a stable income stream and, to the north of the hall, planning and listed-building consents have been secured for the conversion of the imposing former stable block and cart shed to eight residential units.

Planning permission also exists for the development of four further dwellings on a traditional farm steading at Ash Hill, in the southern part of the estate.

Wood Hall is for sale at £9.35 million — see more details and pictures.