Alan Titchmarsh recommends an import from Down Under which is capable of making a remarkable splash in a British winter garden.

If you had mentioned the word ‘grevillea’ to me when I was an apprentice gardener back in the 1960s, I would immediately have thought of a 2ft-high, single-stemmed foliage plant with feathery, ferny leaves: Grevillea robusta, the silk oak, which we grew from seed every year to act as part of the floral decorations in the town hall.

It was an obliging and useful if physically unremarkable plant, which served its purpose as a filler. Some plants, alas, are destined to spend their lives as bridesmaids.

However, over the past few years, I have come to regard its cousins as anything but fillers and they have turned out to be far hardier out in the garden than the stalwart of the local parks-department greenhouses and far more spectacular, too.

Grevilleas are Australian natives and although G. robusta will produce its clusters of whiskery orange flowers when a mature tree, its tenderness precludes it being grown as a garden plant here in the UK.

This isn’t the case with its shrubby relatives which are, it’s claimed, hardy down to -10˚C. Hardiness claims are always to be treated with a heal-thy degree of skepticism, as they can’t take into account the microclimate experienced in each and every garden nor the nature of that garden’s earth. 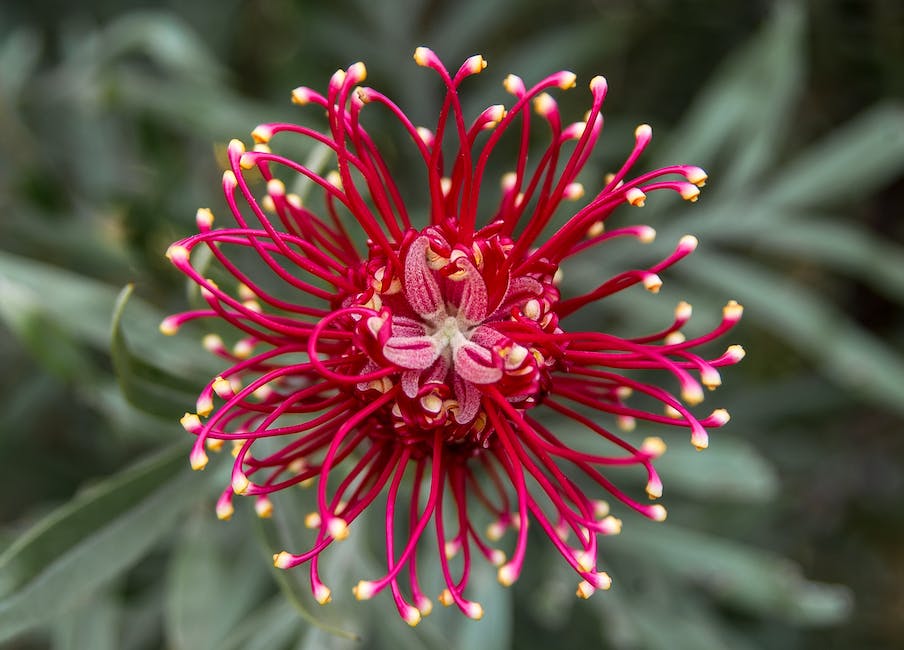 Cold, wet soils in exposed areas are anathema to many half-hardy and borderline tender plants even in the south of the country. If the cold doesn’t kill them, the wet, intractable soil most certainly will. It’s ironic that, in western Scotland – on that part of the coast that catches the warm currents of the Gulf Stream – many plants that will perish in Surrey and Hampshire can thrive.

Over the past few years, in my Isle of Wight garden, I’ve enjoyed a clutch of shrubby grevilleas as much as any other garden plants I’ve grown, not least because they’ve decided to produce their exotic-looking and weirdly shaped flowers in winter.

The plants themselves have grown in the past few years to be chest-high bushes of dense, evergreen, needle-shaped foliage among which the embryonic flower clusters form in autumn. In spite of the fact that most varieties are listed as flowering at any time from February through to July, they start to open in my garden from November onwards, revealing strangely contorted individual blooms, which nestle alongside one another rather like deformed spiders.

I’m aware that I’m not selling them well, but their shape – like some exotic and brightly coloured starfish from the depths of the ocean – rather defies description. They come in a variety of colours, from palest yellow Sulphurea (a close-packed collect-ion of miniature cowled monks of some exotic order) to Desert Flame, whose urn-shaped flowers of pale salmon unleash long tongues of bright pink, tipped with lime green.

The brightest of the bunch when seen from a distance is Canberra Gem (pictured at the top of the page), which is the most freely available and I’ve planted it in a number of spots where, when not in flower, its fountain of fresh green needles do indeed make it a good filler. When its carmine pink flowers, grouped like exotic dancers or bowing flamingos open, however, they catch the eye from yards away.

Its very appearance will stop you in your tracks and the fact that it can put on such a show in winter makes it all the more remarkable. I doubt that many nurseries selling the plant will boast of its out-of-season loveliness, but I can’t imagine that – much as I love the Isle of Wight – it’s a phenomenon solely experienced on the ‘Garden Isle’. But then, with a name like that, which the island has boasted of since Victorian times, perhaps there is something in it after all.

Plant these grevilleas in a warm, sunny, sheltered spot and see for yourself. Even if they bloom between early spring and late summer, you won’t feel short-changed. And who knows? This winter’s snow might be the last we see for some time, after which it could be a good moment to get started with plants of borderline hardiness.

Charles Quest-Ritson reminisces about the day his bargain purchase of a cyclamen in Woolworths proved to be something rather special.