The royal art collections of Charles I and Charles II were scattered across Europe – and after the Restoration, huge efforts were made to try and bring them back. Michael Hall reveals all.

Between the restoration of the monarchy on May 1, 1660, and Charles II’s return three weeks later, frantic efforts were made to get the royal palaces into order to receive him. Only Whitehall and Hampton Court, the residences used by Oliver Cromwell, were fit for the new Court, but even they needed refurnishing. When a Dutch visitor, Lodewijk Huygens, was shown the former King’s apartments at Hampton Court, he was struck by the air of desolation: ‘The furniture had all been removed, except for the tapestries which had been behind the good ones to protect them from the damp of the walls.’

Almost nothing was left, because Charles I’s possessions, including one of the greatest art collections in Europe, had been sold during the Commonwealth. Parliament moved quickly to put history into reverse. On May 9, the House of Lords appointed a Committee for the Recovery of the King’s Goods, which issued an order that ‘All persons that have any of the King’s goods, jewels, or pictures’ had to return them within seven days. The proclamation was backed up by powers of search and seizure and, from August, by the offer of rewards for information about goods ‘wilfully concealed’.

Within days, queues were forming at the office in Whitehall appointed for the purpose and, by the middle of June 1661, more than 1,000 paintings had been returned or seized. No compensation was paid, as the sale of the King’s goods was exempted from the 1660 Act of Indemnity and Oblivion, which declared a general amnesty for acts committed during the Commonwealth.

The 1660 Act of Indemnity and Oblivion

Slowly, the great collection formed and inherited by Charles I began to be re-created, but there were gaps at its heart that could never be filled, as many of his greatest treasures had been sold abroad, out of reach of the committee.

Two exhibitions in London provide an unparalleled opportunity to understand the formation of Charles I’s collection in the 1620s and 1630s, its dispersal in the 1650s after the Civil War and its partial re-creation by Charles II. ‘Charles I: King and Collector’, which opens next month at the Royal Academy of Arts, brings back to London from the Louvre, the Prado and elsewhere some of the masterpieces that were sold during the Commonwealth, placing them in the context of works of art that were returned to the Royal Collection. At The Queen’s Gallery, ‘Charles II: Art & Power’ demonstrates the way that the restored monarchy revived the vanished glamour of Charles I’s Court.

Royal interest in collecting works of art for the sake of their historical significance or the fame of their creator – rather than for their intrinsic preciousness – came late to Great Britain. Neither Elizabeth I nor James I and VI was much attracted by the visual arts. The first member of the royal family in the 17th century to be a significant collector and patron was James’s wife, Anne of Denmark, whose love of paintings mystified some English courtiers. She passed this enthusiasm on to her two sons, Henry, who died young in 1612, and Charles. 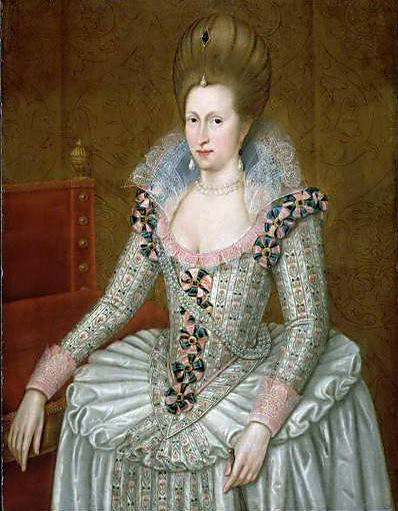 Charles’s knowledge of art was transformed when, in 1623, he visited Madrid in an attempt to persuade the Infanta Maria, sister of Spanish King Philip IV, to marry him. He was enthralled by the royal collection of paintings, generally acknow-ledged to be the finest in Europe, celebrated above all for its works by 16th-century Italian masters. Philip sent Charles on his way without a bride but with some astonishingly generous gifts, including two master-pieces by Titian, a full-length portrait of Emperor Charles V with a hound, now in the Prado, and the Venus del Pardo, now in the Louvre.

Charles built on this impressive found-ation with two spectacular purchases. The first, in 1623, was not acquired as a work of art: seven of the 10 cartoons (full-size drawings) for tapestries designed by Raphael for the Sistine Chapel. He bought them to form models for tapestries to be woven in England and, for that purpose, they were cut into strips, as they remained until the end of the 17th century. This helped to preserve them from sale in the Commonwealth and they are now on display at the V&A.

His second great purchase, which arrived in London in batches between 1628 and 1632, was the collection of the Gonzaga Dukes of Mantua, whose dire financial situation prompted the sale of one of Italy’s greatest dynastic accumulations of paintings and sculptures. Among the works thus acquired by Charles I were a Holy Family by Raphael (subsequently dubbed ‘La Perla’), now in the Prado, Titian’s Supper at Emmaus (below) and Caravaggio’s Death of the Virgin, both now in the Louvre.

These masterpieces were all snapped up by foreign buyers after Charles’s death, but the Commonwealth authorities kept one of the Gonzagas’ most famous treasures, Andrea Mantegna’s nine large canvases depicting the Triumph of Caesar (below), as they were to be used as models for tapestry – a reminder that tapestry rather than oil painting was still the most admired artistic medium.

The Vase Bearers, from the series ‘The Triumph of Caesar’ by Andrea Mantegna (about 1484–92)

In addition, Charles and his wife, Henrietta Maria, sought to attract foreign artists to Court, most notably Peter Paul Rubens and the painter who, more than any other, shaped the visual identity of Charles’s Court: Anthony van Dyck.

With only a short interval away, van Dyck worked in London continuously from 1632, when he was appointed ‘principall Painter in Ordinary to their Majesties’, until his death in 1641.

Van Dyck’s official title is a reminder that the usual assumption that the collection dispersed after Charles’s death was entirely his creation neglects Henrietta Maria’s involvement: it was described at the time of the sale as the ‘goods and personal estate of the late King, Queen and Prince [of Wales]’.

Although when the papal representative in London mentioned the possibility of a gift to her of paintings, the Queen wryly replied that ‘she would not be able to keep them, as the King would steal them from her’, her collections had their own identity and it was thanks to her links to Rome that Charles was able, in 1636, to commission a portrait bust of himself by Gian Lorenzo Bernini, based on the famous ‘triple portrait’ of the King by van Dyck. Charles II reclaimed the bust after the Restoration, but it was destroyed in the fire that consumed Whitehall Palace in 1698, a loss partly compensated for by George IV’s purchase of the triple portrait for the Royal Collection in 1822.

The Queen’s Roman Catholic faith made her a particular object of suspicion to Charles’s enemies and, after the royal family fled from London in 1642, her chapels were smashed and their altarpieces – including one by Rubens – destroyed. Otherwise, the collections were left untouched, as it was not until shortly before the King’s execution in 1649 that it became clear that the monarchy itself would not survive.

The collections’ fate was sealed by the need of the Commonwealth regime to pay its navy and to settle the late King’s debts. The regalia was melted down to be converted into cash, but its almost complete destruction – only the medieval anointing spoon survives – also reflects a determin-ation to expunge memories of the past.

When the rest of the royal collections were brought to Somerset House in the Strand to be sold, their neglected condition was obvious. Lodewijk Huygens saw in one of the galleries ‘a very large number of beautiful paintings but so badly cared for and so dusty that it was a pitiable sight’ and the Spanish ambassador, Alonso de Cárdenas, failed to spot a Raphael that he was hoping to buy as ‘it was hung high up, and quite covered by dust’.

Nonetheless, by 1653, when the sale was brought to an end, goods to the value of £184,717 5s 3d had been disposed of and it was calculated that only about £4,500 worth remained. The sale encompassed furniture and precious textiles, much of it more highly valued than the paintings and sculptures, for which there was only a small market in Britain – one reason why most of the expensive paintings went abroad.

Although, after the Restoration, there were fruitless diplomatic negotiations with the Spanish to reclaim the paintings acquired on behalf of Philip IV, Charles II must have recognised that most of his father’s greatest treasures had gone forever. The losses were partly made good by gifts. Despite the disappearance of all Charles I’s plate, Charles II was able to mount a spectacular display of gold and silver at his Coronation banquet, thanks to propitiatory offerings, such as a magnificent silver-gilt salt cellar from the Corporation of Exeter, which had taken the Parliamentary side in the Civil War.

Shortly after Charles’s return to England, the States of Holland presented him with an opulent bed with embroidered hangings and a matching suite of bedroom furnishings, together with 24 paintings and 12 pieces of antique sculpture.

The gift was carefully chosen to include works by Italian Old Masters, such as Titian, Giulio Romano and Parmigianino, who had been prominent in Charles I’s collection. Among them was one of the most famous depictions of a Renaissance collector, Lorenzo Lotto’s Portrait of Andrea Odoni.

Like his parents, Charles II employed foreign painters, most notably the Dutchman Peter Lely, whose paintings hark back to the precedent of Van Dyck, but with a novel element of eroticism that reflects the prominence of royal mistresses at court.

Barbara Villiers, Duchess of Cleveland by Peter Lely (about 1665)

The King also made efforts to acquire works from the estates of artists who had worked for his father. He gave Anne Oliver, widow of the miniature painter Peter Oliver, a pension in return for a group of portraits.

Hearing that he had passed some on to his lovers, Anne declared that, if she had known that he had intended to give them ‘to such whores, bastards or strumpets, the King should never have had them’, whereupon Charles cancel-led the pension.

When he learned that Cosimo III, Grand Duke of Tuscany, wished to buy the miniatures that the painter Samuel Cooper had left in his studio after his death in 1672, he intervened to claim a group of royal portraits. They were taken to his cabinet rooms at Whitehall to join the large collection of miniatures and other small precious items that the King had both inherited and commissioned, but even so, as he wistfully told a visitor, the room contained ‘not half of what his father had owned’.