Drayton Manor has had a stunning change inside since it last came to the market, some four years ago. Penny Churchill reports.

Buyers who failed to buy one of south Somerset’s prettiest small manor houses, Grade II-listed Drayton Manor at Drayton when it came to the market in 2014 may be tempted to have another go, following its recent launch onto the market, at a guide price of £2.5 million through Knight Frank and Humberts.

Built in the classic Georgian style of traditional brick under a tiled roof, Drayton Manor sits in some seven acres of gardens and paddocks, well back from the main village lane. 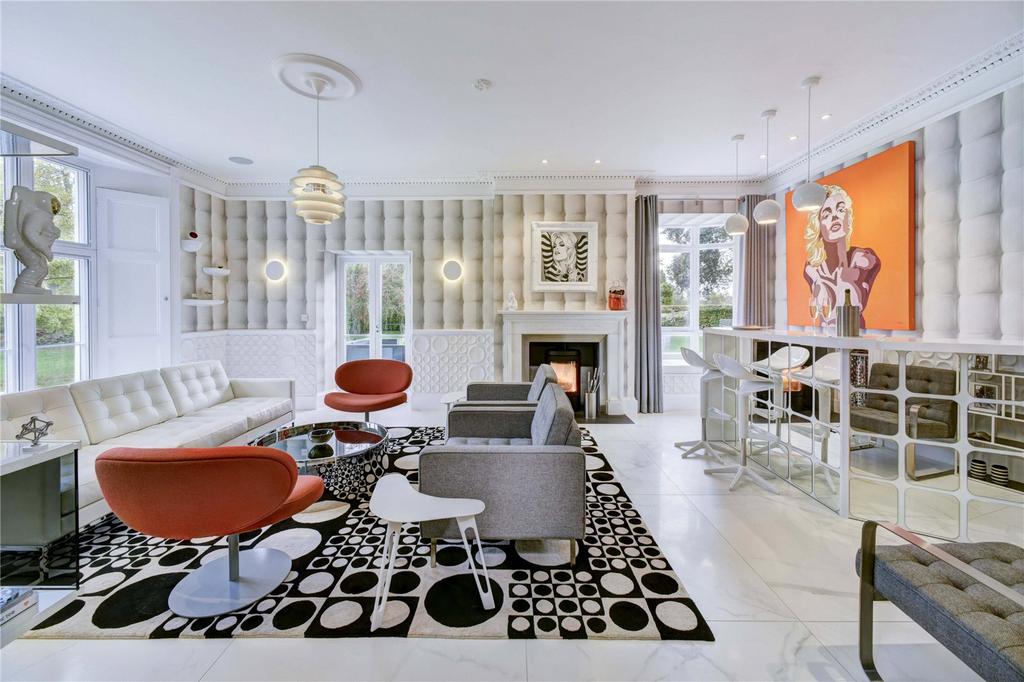 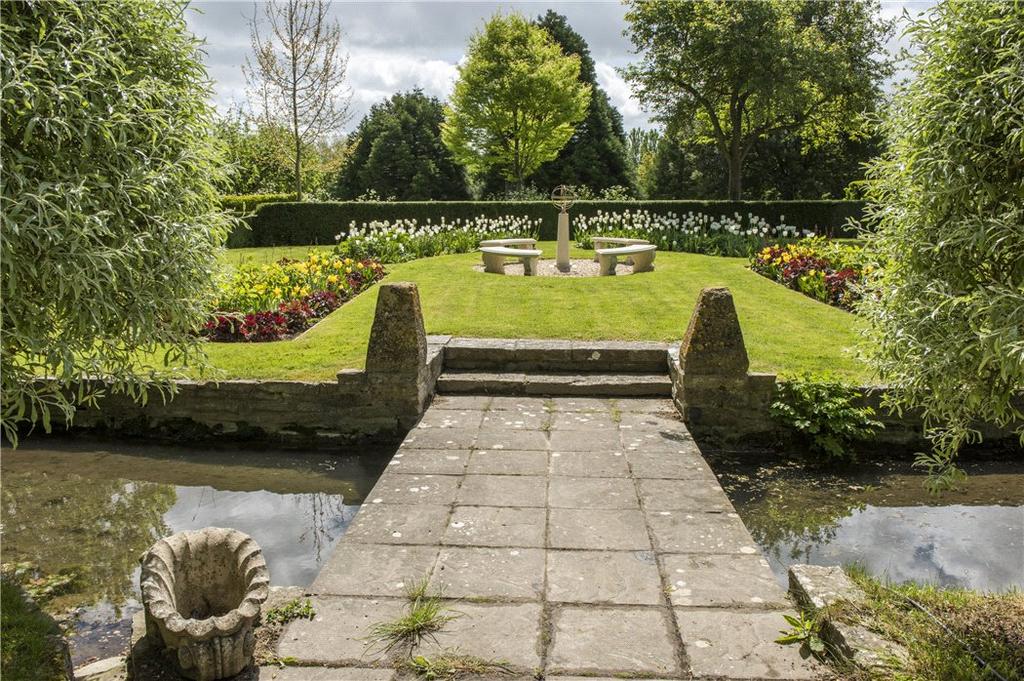 Externally, the house looks much the same as it did four years ago. Behind the old front door, however, a ‘Somerset surprise’ awaits, in the shape of a futuristic, ultra-modern interior designed by its owner, Melanie Hall, whose signature devices include textured ‘bubbleicious’ 3D walls, splashes of vibrant colour from her own furniture designs and theatrical light fittings. 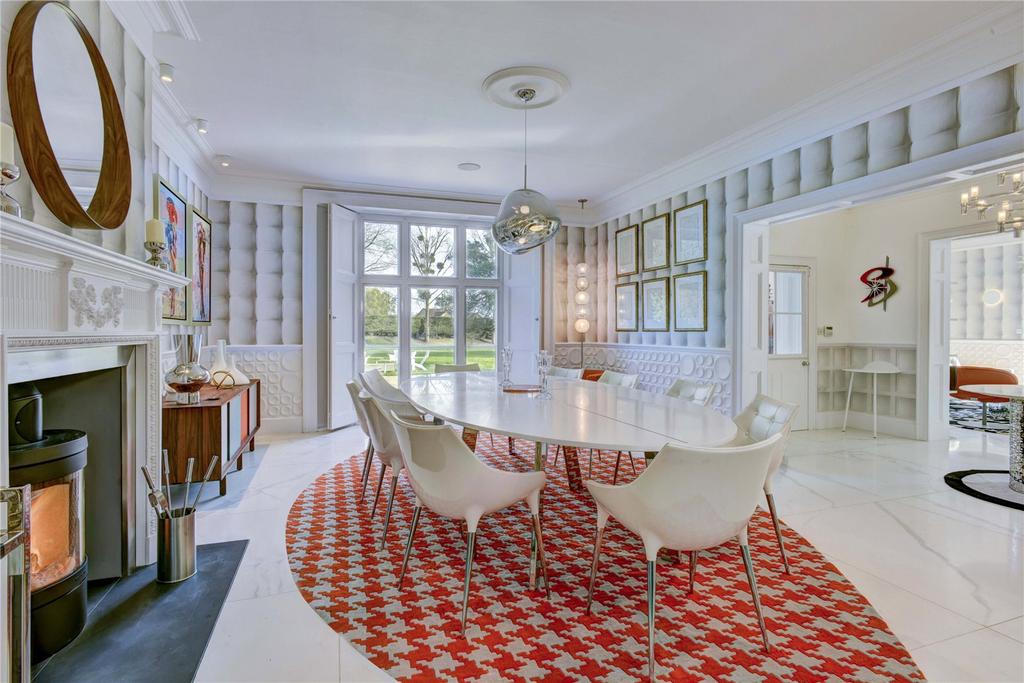 For comparison’s sake, here’s a comparable picture from our write-up in 2014. 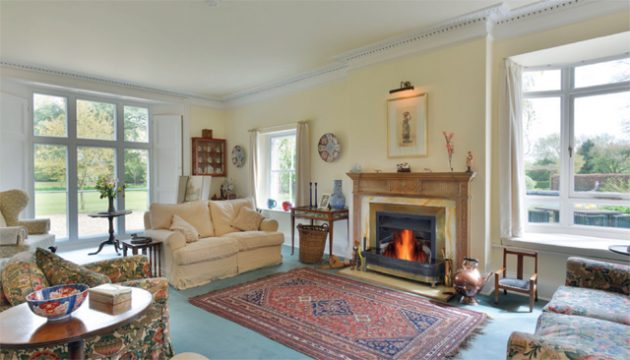 With vision adjusted, the extent of the renovation plan designed to create light and space becomes apparent, with broad openings off the central reception hall leading to the sitting and dining room – the latter linked, open-plan, to the state-of-the-art central kitchen island and breakfast room. 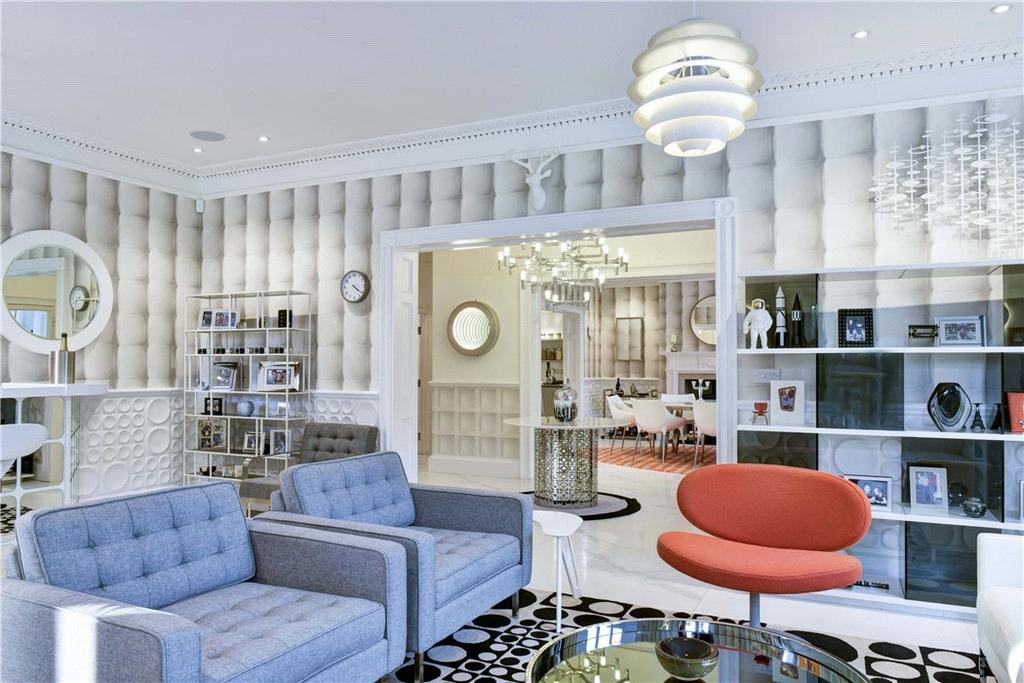 Next to the drawing room are the family room and the newly built orangery, which opens onto the terrace. 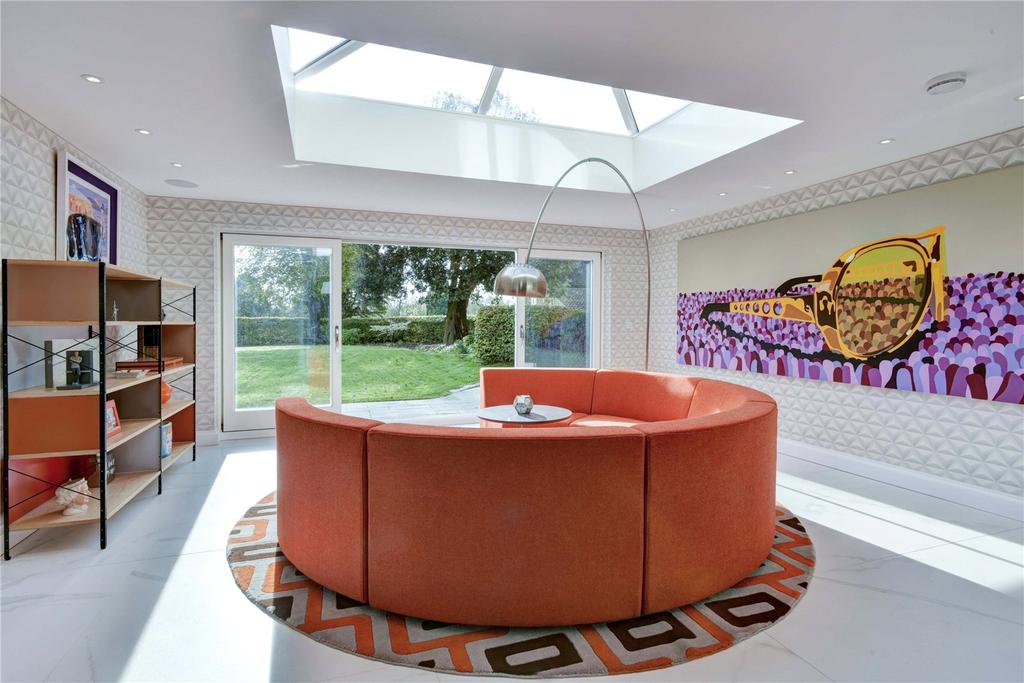 Upstairs, the layout has been reconfigured to provide a larger master suite, a secondary double bedroom with a bathroom en-suite and two further double bedrooms linked by a bath and shower room. 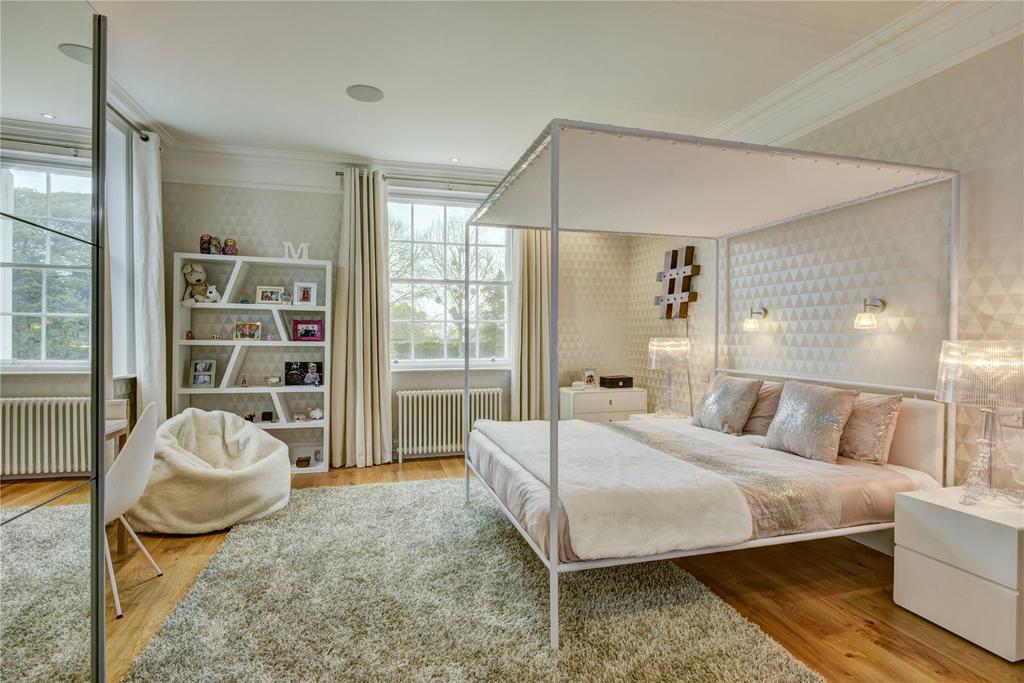 Although a dwelling is thought to have existed on the site since the 15th century, the original manor house burned down in the 18th century and was largely rebuilt at that time by Thomas Meade, who was lord of the manor and also the last of his line. 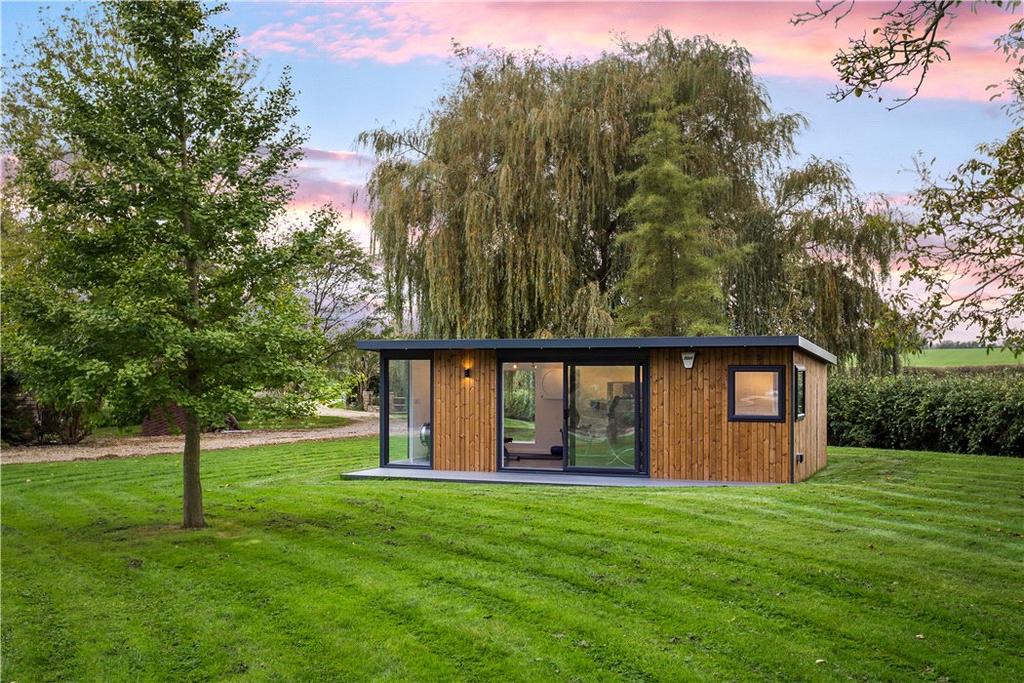 During the First World War, the manor was home to England cricket captain Douglas Jardine, later famous for his involvement in the notorious ‘Bodyline’ series against Australia in the early 1930s. 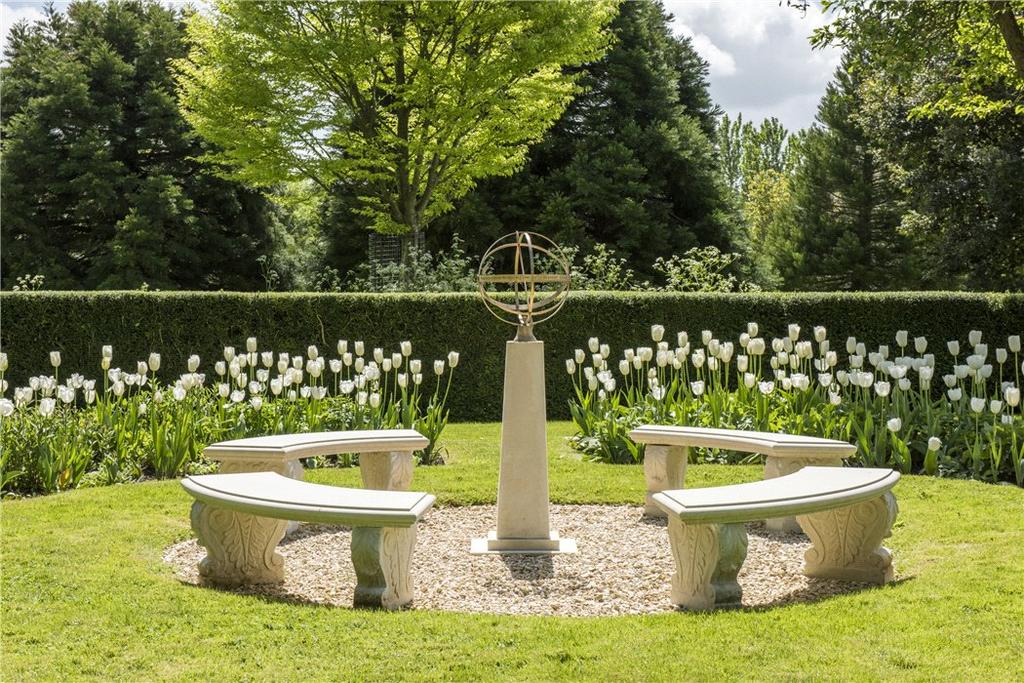 Drayton Manor is for sale via Humberts and Knight Frank – see more pictures and details.

With paddocks and an orchard in its seven acres of grounds, this substantial country house in Drayton, Somerset, would make