The romance and drama of a converted Victorian schoolhouse can be hard to beat for sheer atmosphere. Penny Churchill takes a look at one which is a prime example — and which also boasts delightful grounds.

If you’re looking for a tucked-away property with beautiful landscaped gardens, Old School House, on the edge of the pleasant mid-Cheshire village of Spurstow, looks to tick all those boxes — and is filled with charming, original touches and clever ideas.

The house comes with separate front and rear drives, delightful gardens, paddock and woodland — 1.8 acres in all, in a location five miles from Tarporley and 15 from Chester. It’s for sale through Jackson-Stops and Savills at a guide price of £1.25 million. 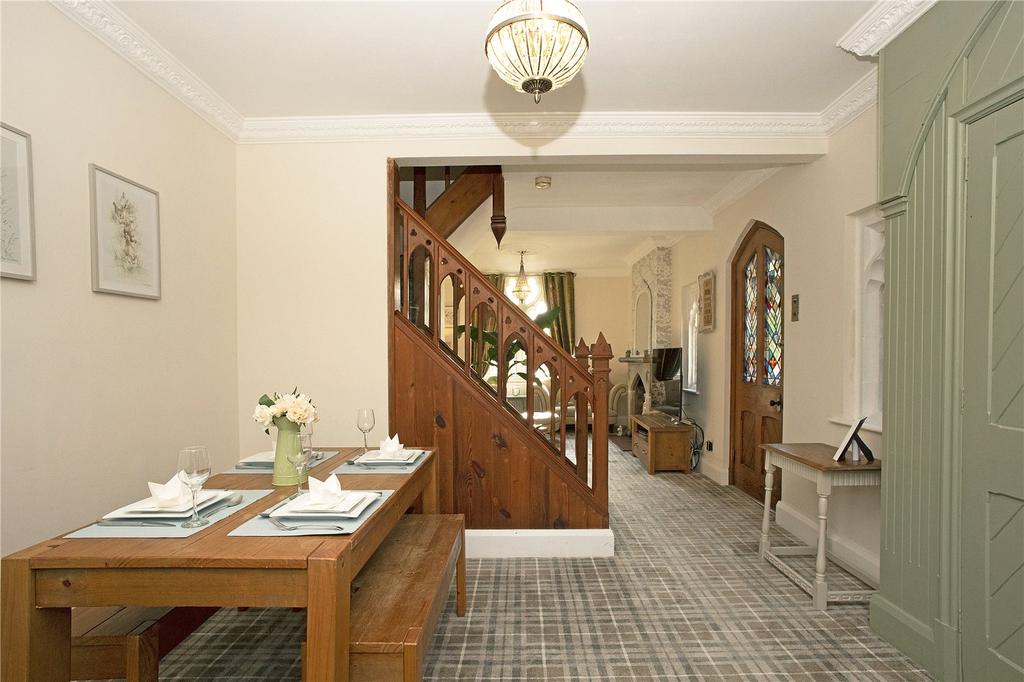 Inside, Old School House offers 3,165sq ft of accommodation, including an impressive open-plan drawing room and dining area — a space that was the hall of the former school itself. 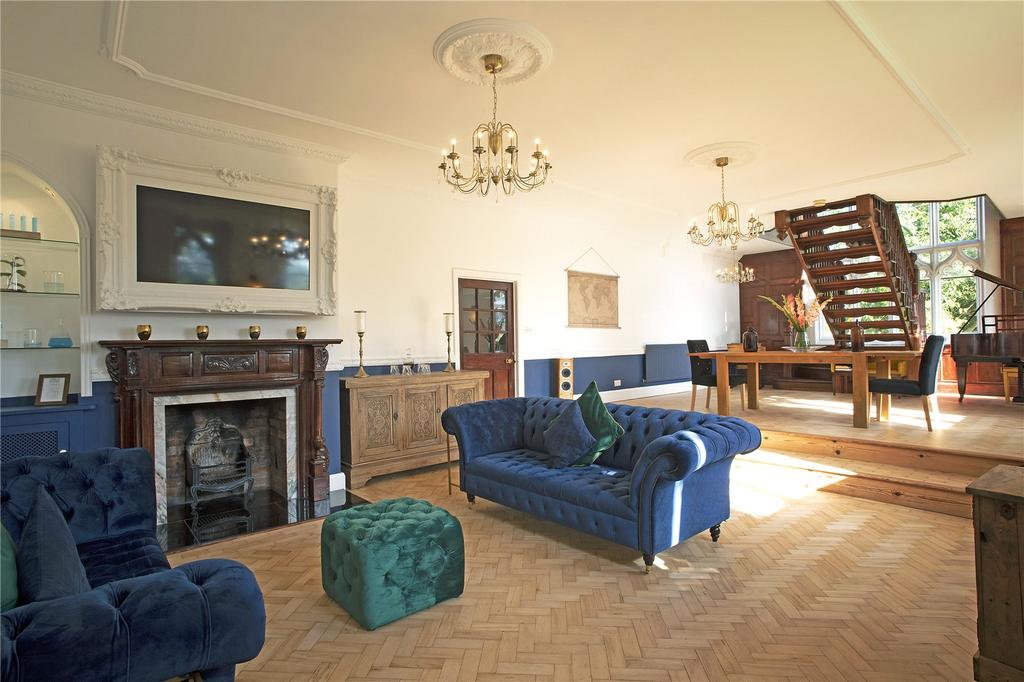 Up the stairs and above the hall area is an incredibly neat idea: cinema seats attached to the walls, with a screen which comes down within the beams of the ceiling. It’s a strikingly beautiful and clever way to turn what might have been merely a highly-ornate landing into a knockout feature. 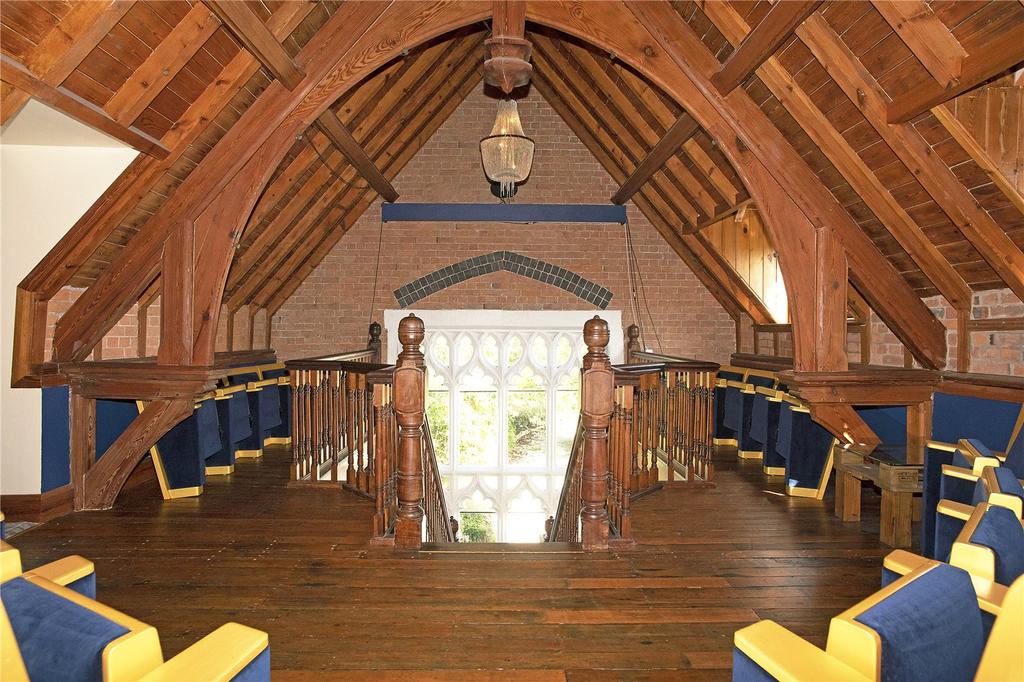 There is also study, snug, four bedrooms and three bath/shower rooms, all with original features (not least the beautiful ceiling timbers) incorporated into the design wherever possible. 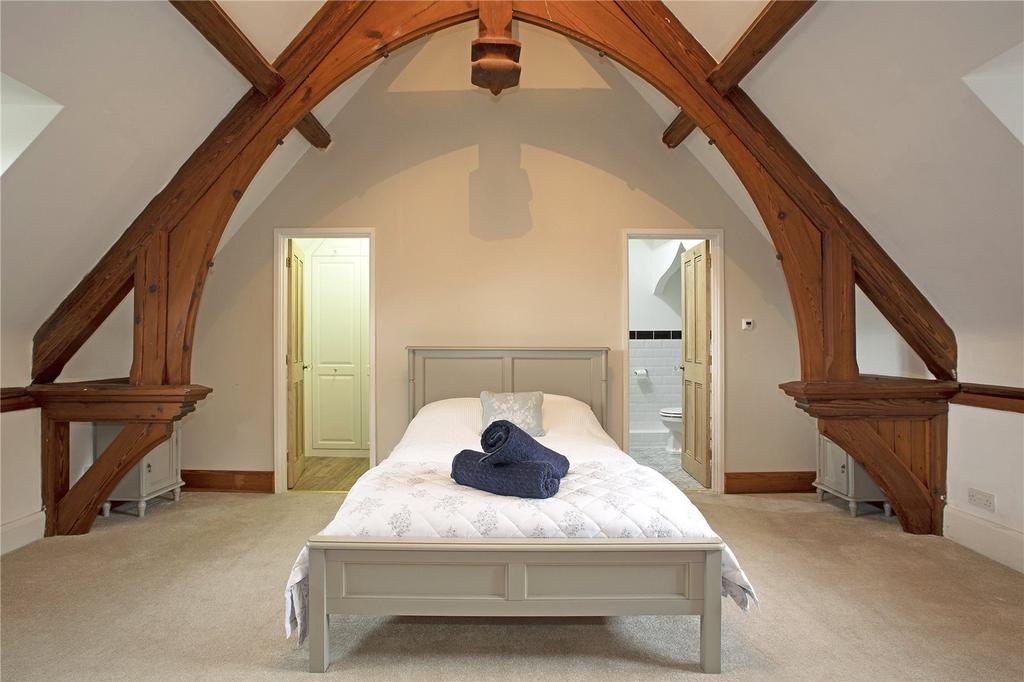 The house was built in 1872, by Nantwich-based architect Thomas Bower, in the Greek Revivalist style for Hungerford Crewe, 3rd Baron Crewe. 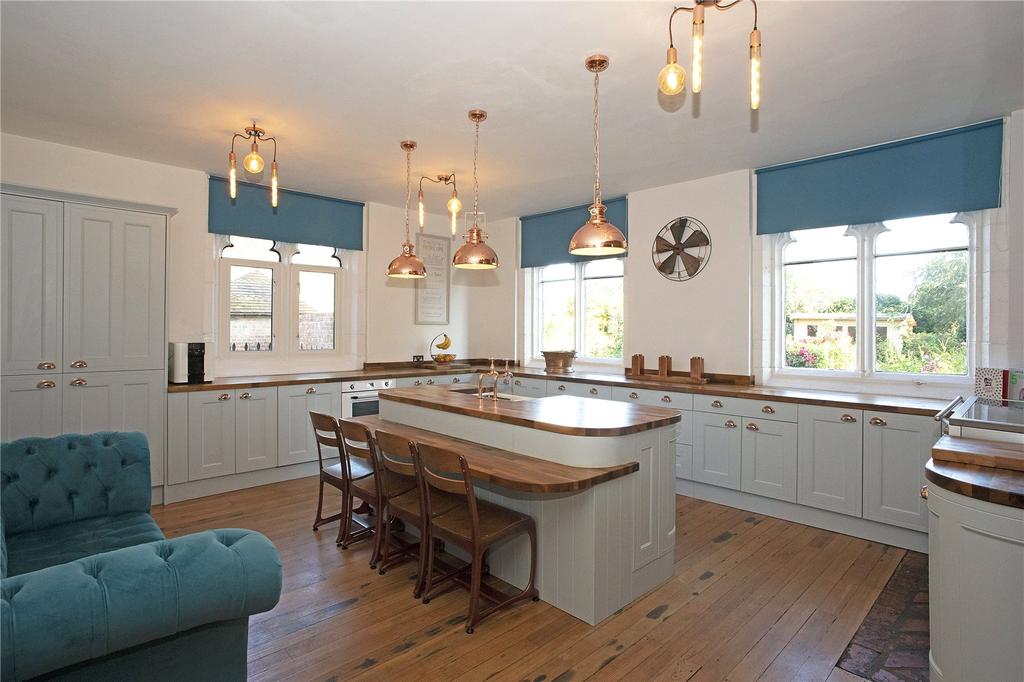 Having inherited the Jacobean Crewe Hall and large estates in Cheshire, Staffordshire and Leicestershire in 1835, Lord Crewe rebuilt the family seat and was a benevolent landlord, rebuilding farms, providing cottages for estate workers and endowing schools.

Certainly, few Victorian primary schools would have enjoyed a location and style of architecture as picturesque as that of Grade II-listed Old School House, with its distinctive blue brick detailing, white Gothic barge boarding and stone-dressed mullion windows. 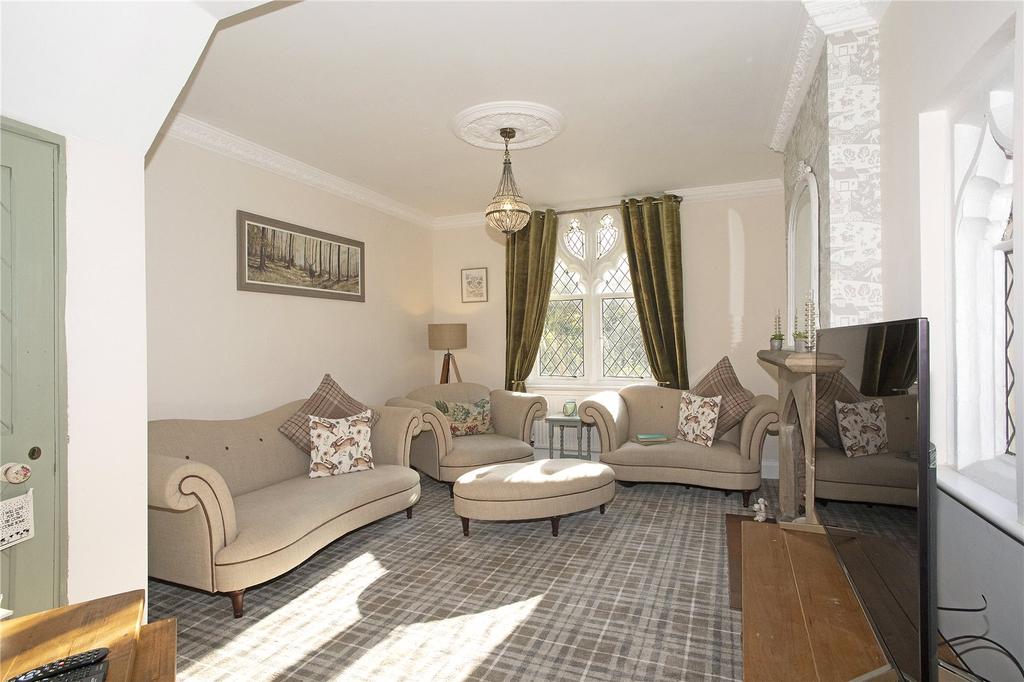 Converted to residential use in 1983, the house and its outbuildings have been painstakingly modernised by the present owners, who bought it not long ago as their ‘forever home’, but now find themselves having to move for work reasons.

The Old School House is for sale through Jackson-Stops and Savills at a guide price of £1.25 million — see more details and pictures. 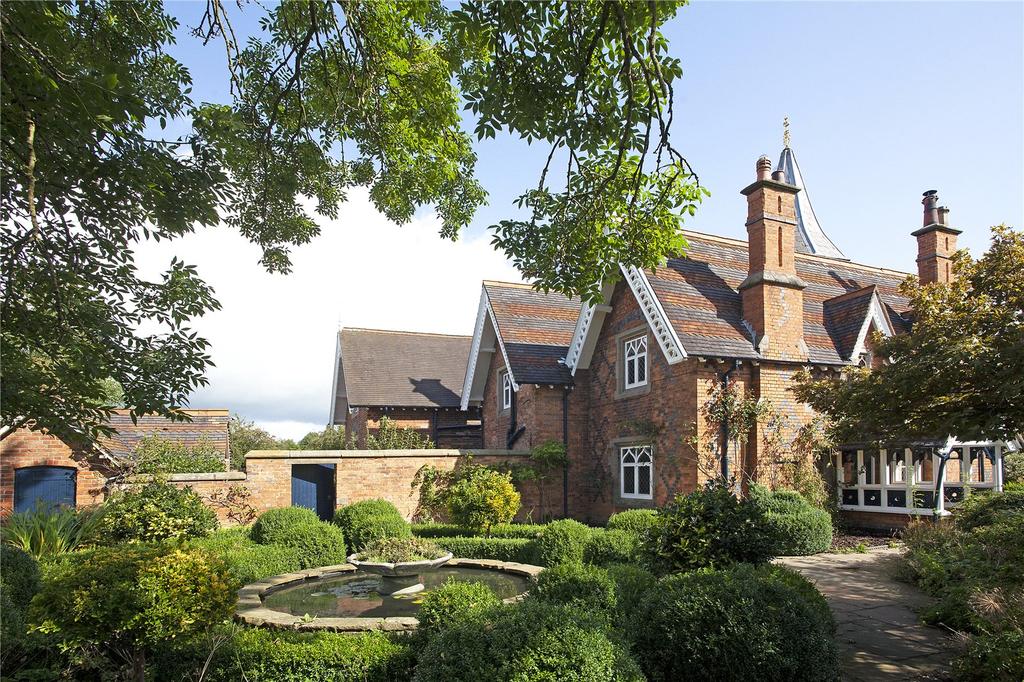 Jonathan Self picks out 10 of his favourite bad school reports of all time, and laments the fact that the