The grandiose Chanters House, in Ottery St Mary, Devon, has astonishing links to history and literature: it was the place where Oliver Cromwell declared the Civil War, and where the Coleridge family created one of the West Country's most impressive libraries.

The Grade II*-listed house — for sale with Pilkington Estates via OnTheMarket with an asking price of £7 million — originally dates from the 14th century but first rose to national fame in the 17th century, when Oliver Cromwell hosted a meeting of local people in the dining room — and apparently declared the start of the Civil War from there. 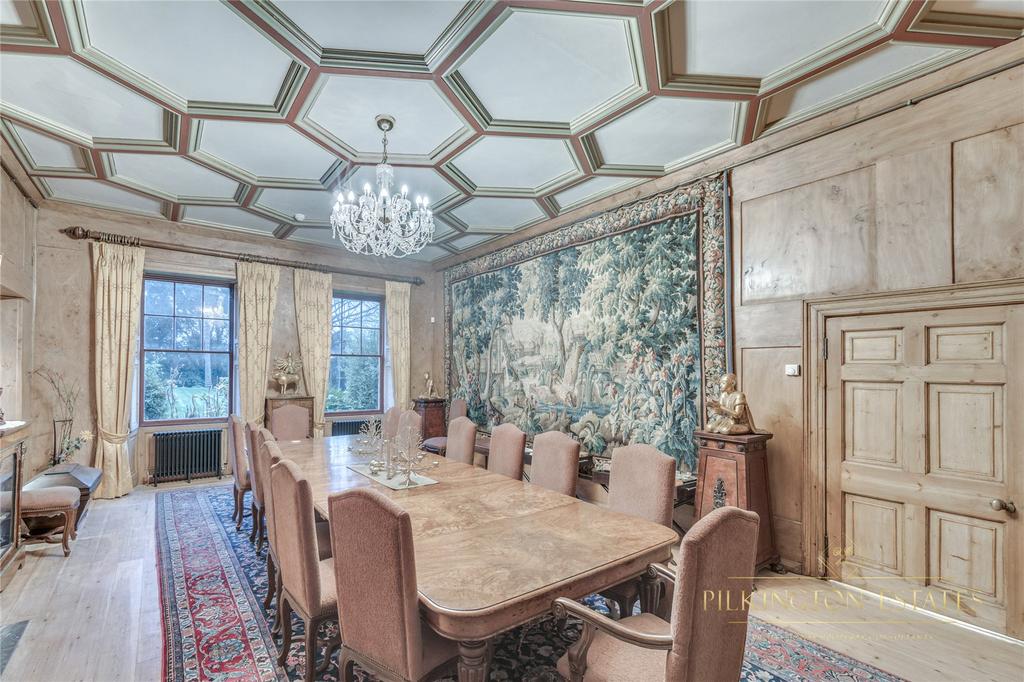 A magnificent room with painted, carved wood ceiling and elm panelling, it is now named after both Cromwell and Fairfax to commemorate not only the Protector but also Sir Thomas Fairfax, who stayed at Chanters House from October to December 1645, using it as headquarters for the New Model Army.

A little more than a century later, the property became home to another illustrious family, the Coleridges, in whose hands it would remain for about two centuries. The Reverend John Coleridge was made headmaster of the Kings’ School in 1760 and brought his huge family to live in Ottery St Mary.

It was in the town that his youngest son, the poet Samuel Taylor Coleridge, was born in 1772. But it was his eldest son, James, a distinguished soldier married to local heiress Frances Taylor, who bought Chanters House in 1796 and turned it into the family’s home.

Their grandchild, John Duke Coleridge — Lord Chief Justice of England in the 1880s — tasked architect William Butterfield to remodel the house into the grand building it is today. The project also encompassed the creation of a massive Great Library, thought to be the largest west of Salisbury.

Still in use today, the 70-ft-long room houses the 22,000 books of the Coleridge collection in oak carved bookcases that occupy the entire ground floor of the house’s west wing.

But Chanters’ House, painstakingly renovated by the current owners, is full of beautiful details, from the vast reception rooms and bedrooms with exquisitely decorated ceilings to the Victorian conservatory, the billiard room and the sleek contemporary indoor swimming pool in a separate poolhouse.

Altogether, the house has ten bedrooms and 22,211sq ft of living space, plus additional accommodation in the form of a Lodge and a Coach House. The grounds stretch to 21.43 acres of gardens, parkland and woodland, and include a tennis court.

Chanters House is for sale at £7m via Pilkington Estates — see more pictures or enquire with the agent for further details.

Ottery St Mary: What you need to know