In the heart of Suffolk, this delightful former vicarage has come to the market.

Anyone who watched the brilliant BBC series The Detectorists will be able immediately to call to mind an image of what to expect of a home in Hoxne, Suffolk.   The village is best known as the location of The Hoxne Hoard, whose discovery is exactly the sort of story that inspired Mackenzie Crook’s eccentric, bucolic masterpiece.

The tale goes that a local farmer named Peter Whatling had lost a hammer, and asked his friend Eric Lawes — a retired gardener and amateur metal detectorist — to see if he could find it.  What Lawes turned up was something totally different: the largest collection of late-Roman gold and silver ever found in Britain, with over 15,000 items and a value (in today’s prices) of almost £4 million.

Best of all, Eric even found the hammer as well. It, as well as the hoard, is now on display in the British Museum.

Finding such a hoard wouldn’t be a bad way to go about funding the purchase of a fine country house in the area, as it happens. The market in this part of the world is currently being driven by downsizers, according to Peter Ogilvie of Savills in Ipswich. One such home for sale has come on to Peter’s books this week: he is handling the listing, at a guide price of £1.5m, of The Old Vicarage in Hoxne, a very pretty Grade II-listed home. 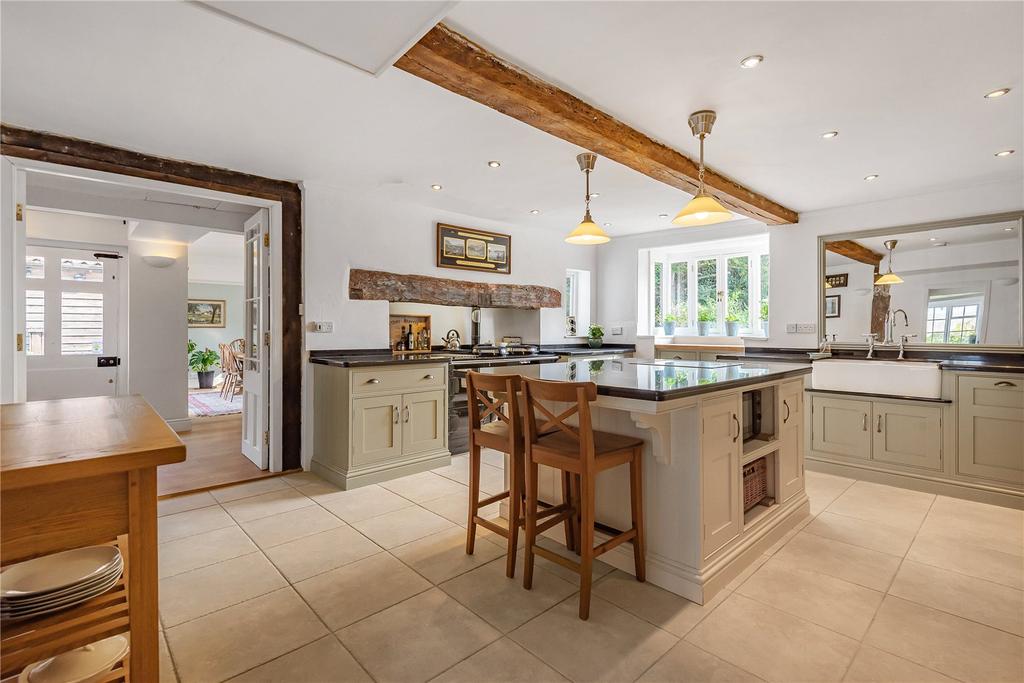 The house stands west of the medieval church of St Peter and St Paul in the delightful village that is Hoxne, five miles south-east of Diss and half a mile south of the River Waveney. 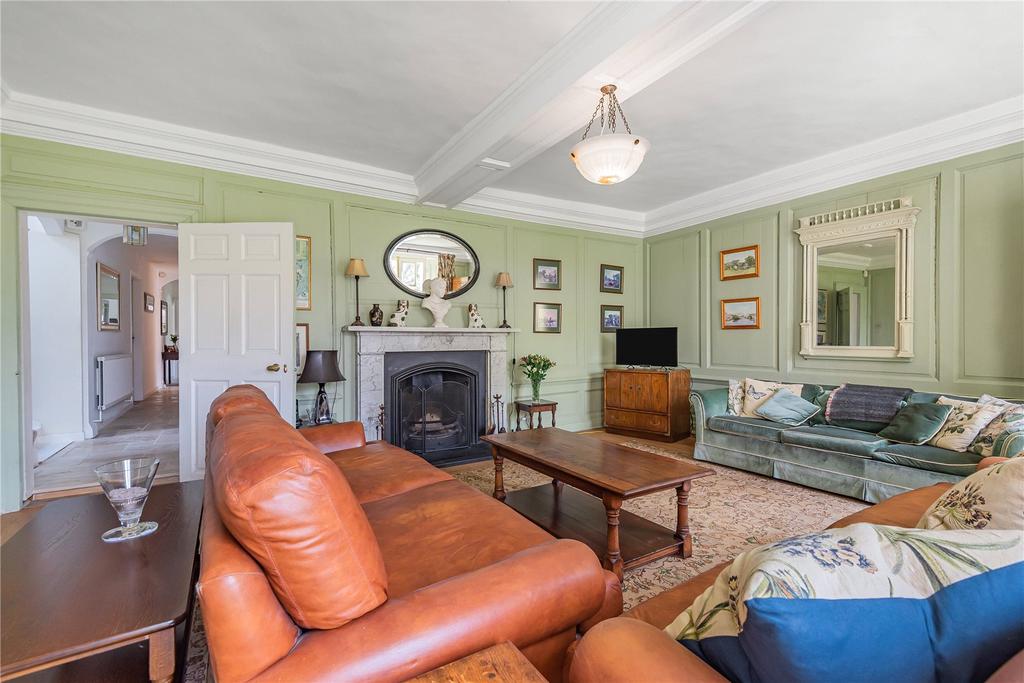 Originally built in about 1470 and home to the vicars of Hoxne for more than 500 years, the former vicarage was bought from the Church by its present owners, who have restored it and excavated its historic moat, which is a Scheduled Ancient Monument in its own right.

Set in 3¼ acres of moated grounds with views to the rear over the Waveney Valley, the house offers 4,783sq ft of unexpectedly light and bright accommodation for a building of its age, including four reception rooms, a kitchen/breakfast room, six bedrooms and four bathrooms. 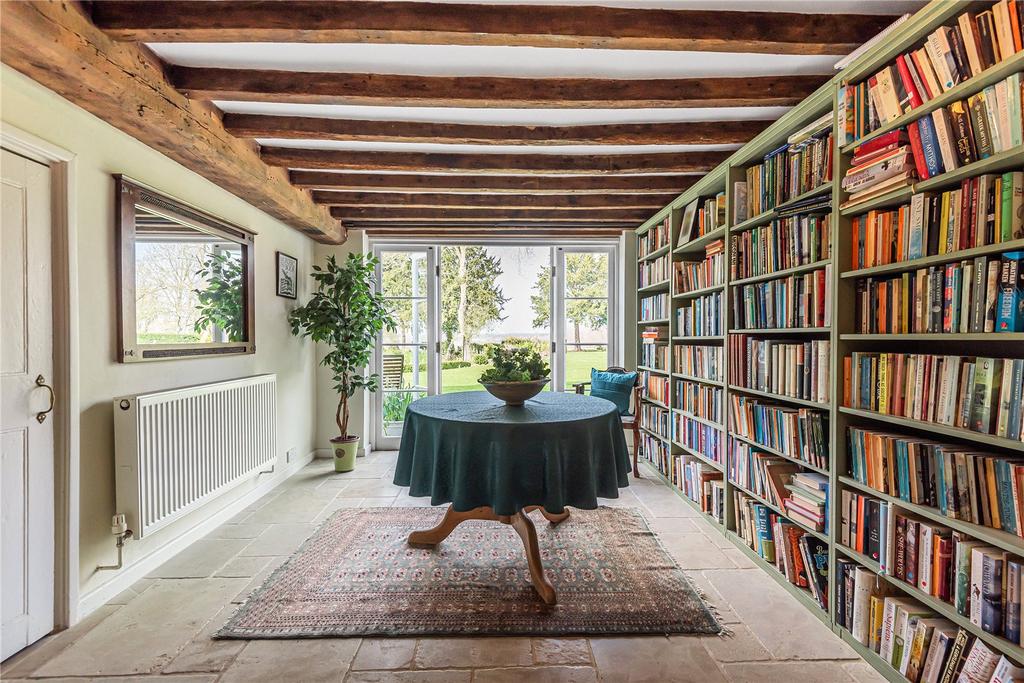 That only leaves one question: is there any chance a new hoard might be found in those three acres around the house? Well, probably not. But on a long, sunny, summer’s day, it might be fun to have a look in any case.

The Old Vicarage in Hoxne is for sale at £1.5m — see more details and pictures. 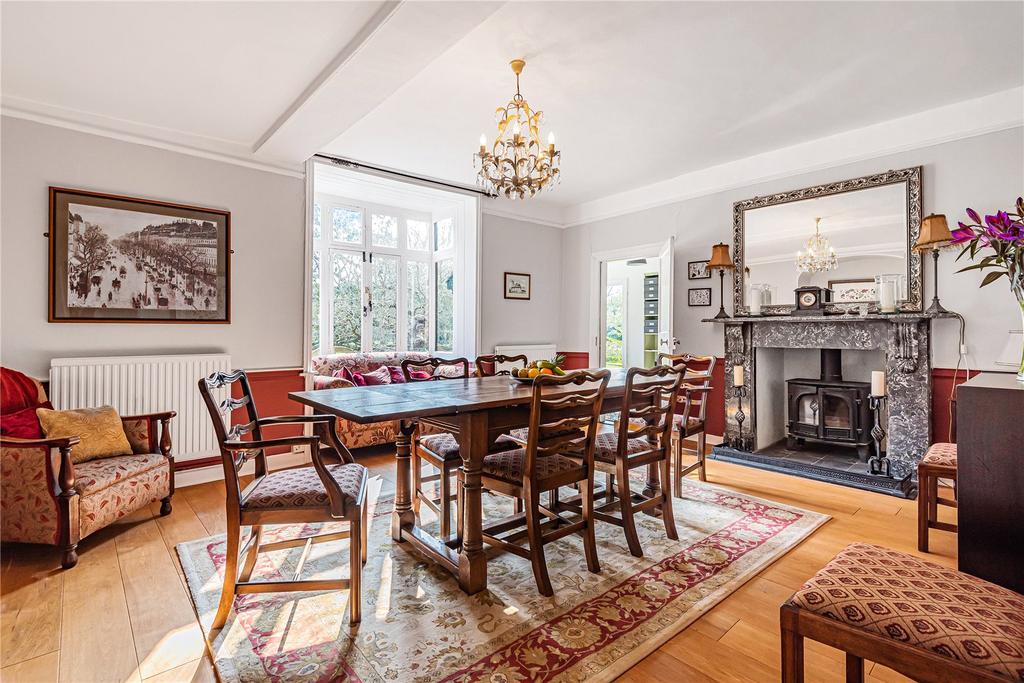 A bronze ‘sky disc’, thought to be the world’s oldest map of the cosmos, is the star attraction of the

The Lenborough Hoard, unlike that found by Powell and Layton, was correctly handled throughout. These Anglo-Saxon coins, pictured while on display at the British Museum in 2015, were found by Paul Coleman. He and the owner of the land shared a reward based on a £1.35 million valuation of the hoard, which consisted of 5,200 silver pennies and two cut half pennies of kings Æthelred II (978-1016) and Cnut (1016-35). The hoard was discovered in a lead sheet on a metal-detecting rally near the village of Lenborough, Buckinghamshire in 2014. Credit: Justin Tally / AFP via Getty Images

Treasure theft made the headlines after two metal detectorists were convicted of stealing a £3-million Viking hoard, but an expert

This charming, Grade II-listed farmhouse combines fine views with the ruins of an ancient tower and lovely grounds.

This picture could only be improved if the puppies were using their paws to cover ears, eyes and mouth respectively... But, well, you can't have everything. Credit: Alamy

Today's news round-up looks at how dogs take on our own stress levels, tells the tale of a chance find