The owners of Staloch House took it on in a sorry state. A decade later, they've done it proud — but it's now time to move on, as Penny Churchill reports.

Anyone embarking on the restoration of a dilapidated historic house needs staying power and a well-honed sense of humour, as Allan Duguid and his wife, Jacqueline, discovered when, in 2009, they bought the secluded, 245-acre Straloch House estate near Newmachar, 10 miles from Aberdeen, five miles from the city’s airport, and for sale with a £2.95m price tag via Galbraith. 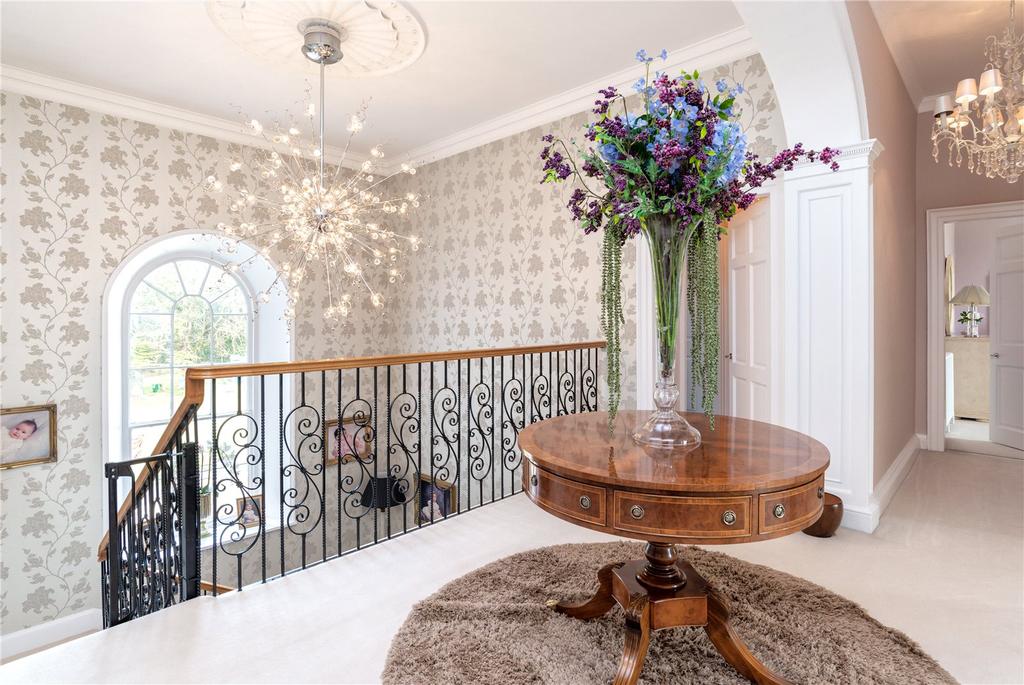 Once part of a 6,000-acre estate, at its heart stood Category A-listed Straloch House, a handsome, classically symmetrical Georgian mansion, built in about 1780 on the site of the former castle of Straloch and by then in need of serious renovation. 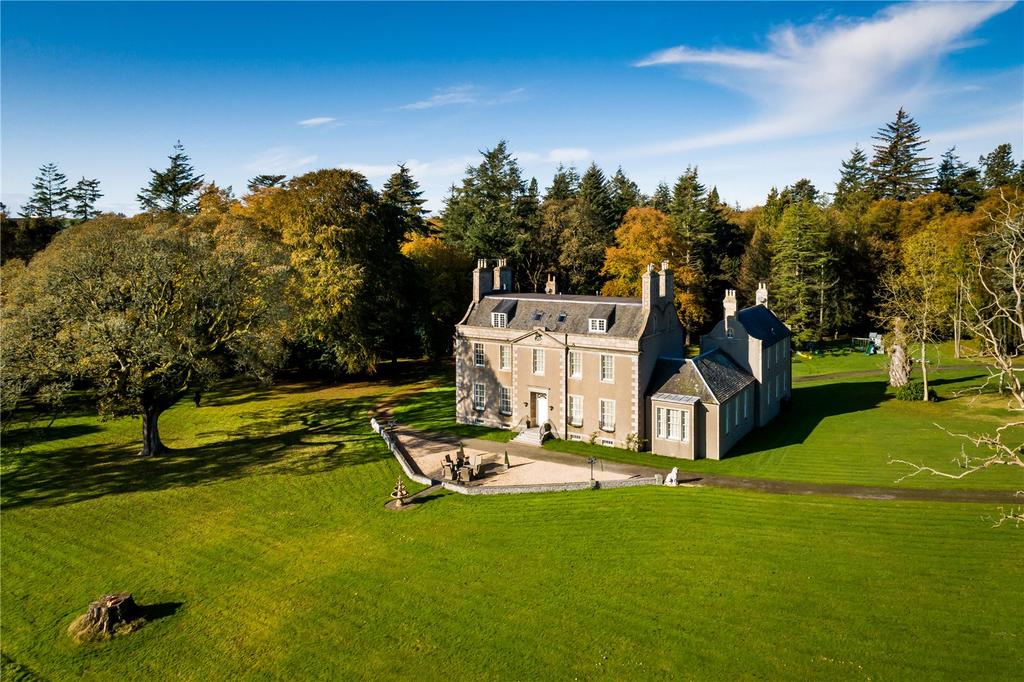 Undaunted, the Duguids installed themselves in the west wing as they set about repairing the roof of the 13,000sq ft main house and its matching wings, installing new central heating and new timber windows throughout, followed by a complete refurbishment of the interior.

It was a massive operation that took five years to complete, and, today, Straloch House is again a pristine country house with a total of three main reception rooms, 15 bedrooms, a billiards room and a gym. 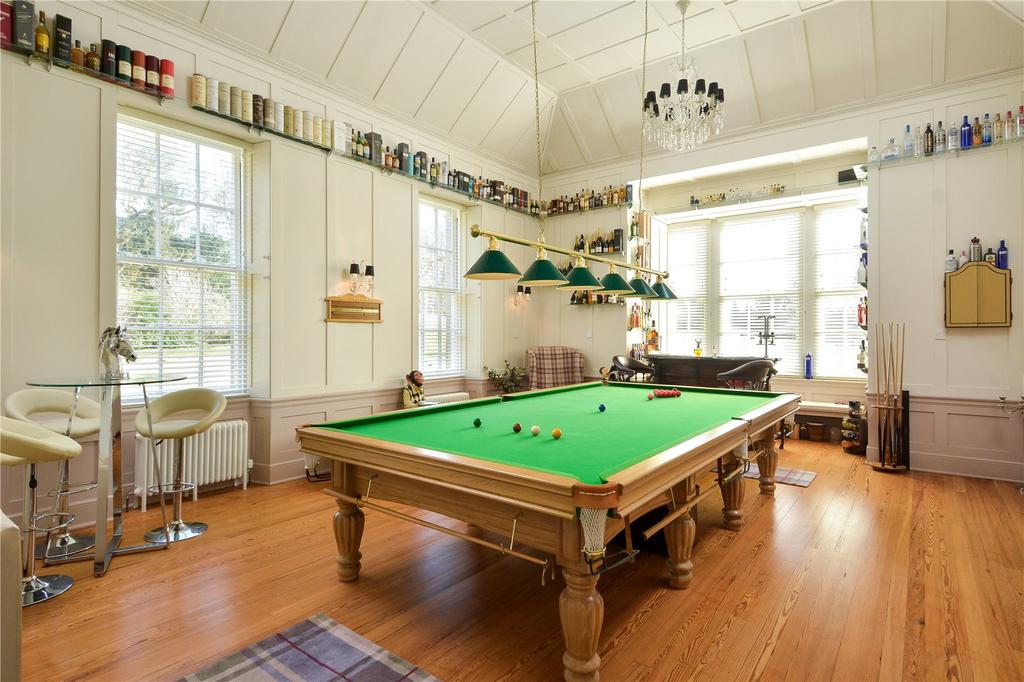 The results — as these pictures show — speak for themselves, but the agents put it rather well in their listing: ‘The entire scope of work has been completed to an exceptional standard, for which Straloch House and its stature deserves, thus allowing any potential buyer of Straloch House Estate the rare opportunity to acquire a historic mansion house in impeccable condition.’

The grounds are equally worthy of mention, surrounding the house with rolling wooded grounds, well-tended lawns, and a two-acre walled garden. It means that Straloch House can be home to Mr and Mrs Duguid, their two daughters and grandchildren, each family having their own separate domain. 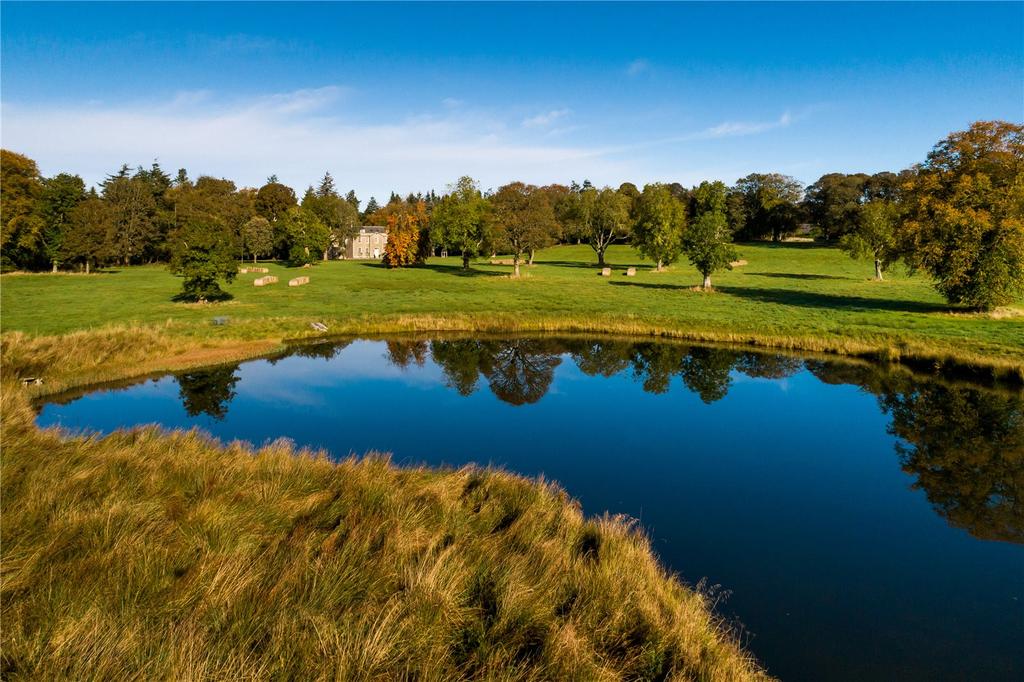 Now, following Mr Duguid’s retirement, the time has come to downsize, and the Straloch House Estate is for sale through Galbraith in Aberdeen.

Straloch House is for sale at offers over £2.95m via Galbraith — see more details and pictures.