The 20,000 sq ft mansion, with its origins dating back to the 1500's, has been spectacularly restored during a mammoth 10 year restoration project.

Knight Frank and Savills are joint agents in the sale, at a guide price of £15m, of the incomparable, Grade II*-listed Dinton Hall near Aylesbury, Buckinghamshire, which has been literally rebuilt from the ground upwards in an extraordinary restoration project that took 10 years to complete at a cost of £10 million, according to the proud owner Richard Vanbergen. That pride is well earned; this is surely one of the grandest country houses for sale in Britain today.

The imposing, many-gabled hall stands on high ground next to the 13th-century parish church of Saints Peter and Paul, to the east of Dinton village and close to the River Thame, five miles from Aylesbury and 19 miles from Oxford.

According to its Historic England listing, Dinton Hall was rebuilt around a medieval core in about 1500 by Archbishop Warham, enlarged and substantially rebuilt in the late 16th century, altered in the 17th century and again between 1855 and 1857.

During the Civil War, it was the home of the regicide, Simon Mayne, the MP for Aylesbury and friend of Oliver Cromwell, who sat as a judge when the King was tried and was among those who signed his death warrant.

Following the Restoration of the monarchy in 1660, Mayne hid in a secret room under the eaves of Dinton Hall to avoid arrest, but was eventually tried, found guilty and sent to the Tower, where he fell ill and died. Among the Civil War relics retained at the hall is the sword given by Cromwell to Mayne after the Battle of Edgehill.

In 1788, she married the Revd William Goodall and went to live at Dinton Hall, where the couple are said to have raised 16 children. The Goodalls lived on at Dinton for some 150 years, before Sir William Currie bought the property in the mid 1920s.

In 1939, the east wing of the hall was badly damaged by a serious fire that cost the lives of two housemaids. From 1940 onwards, when the owners were denied the oil to heat the house, the building deteriorated steadily as dry rot set in and, by the time Mr Vanbergen bought it in 1999, it was structurally unsound and about to collapse. 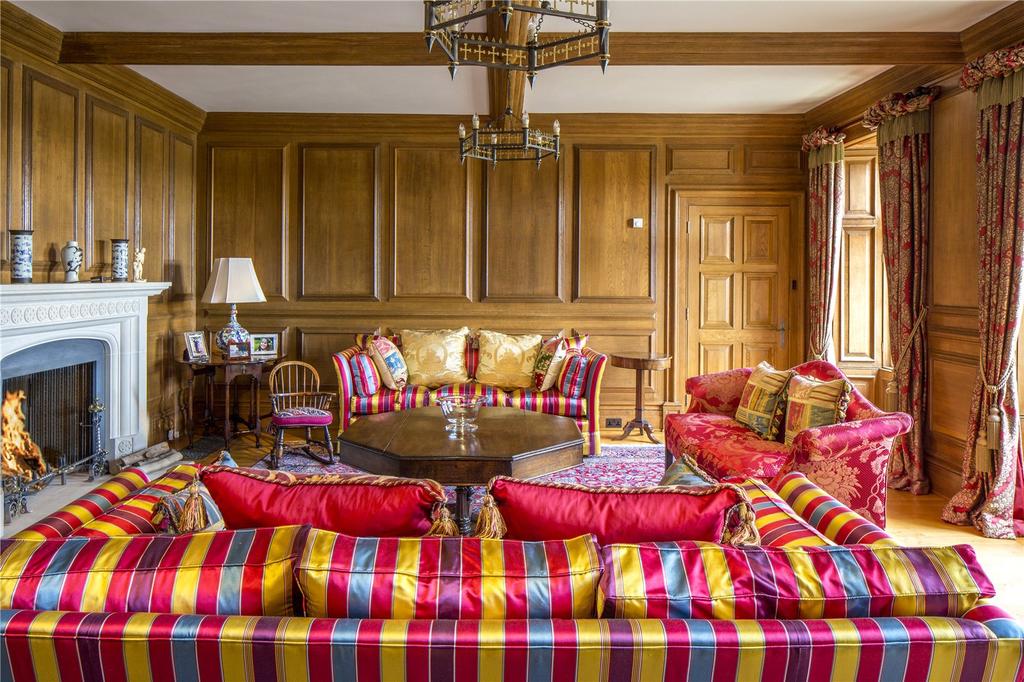 Undeterred by the challenges involved, he eventually put together a talented team of architects, mechanical engineers and craftsmen, who were up to the task of what was always going to be a monumental rebuilding project, given the added restrictions imposed by listed building regulations.

Today, Dinton Hall has risen in spectacular fashion from the ashes of disaster and the 20,000sq ft mansion, set in 46 acres of historic gardens and wildflower meadows with magnificent views over the surrounding Chiltern Hills, offers palatial country-house living in ‘a house built to last for the next 500 years’.

Mr Vanbergen’s natural flair for layout and design is evident throughout this remarkable house, which offers state-of-the-art accommodation on three floors, including entrance and inner halls, five elegant reception rooms, a kitchen/breakfast room, a swimming-pool complex and an orangery on the ground floor. 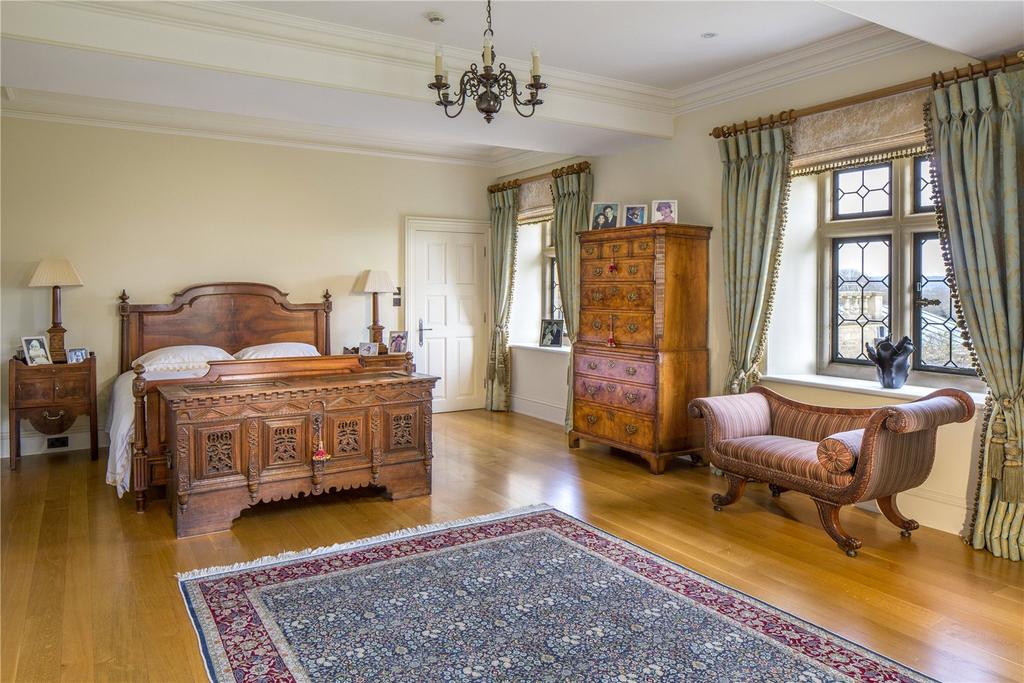 There are four bedroom suites and a further bedroom and bathroom on the first floor; and three further bedrooms, a games room/gymnasium, a staff flat and four attic rooms on the floor above.

Dinton Hall is currently on the market via Knight Frank and Savills with a guide price of £15 million — see more pictures or enquire with the agent for more details.

Aylesbury: What you need to know

Location: Situated in central Buckinghamshire, Aylesbury is 11 miles from Oxford and is equidistance between Milton Keynes and High Wycombe (approximate 40 minute drive).

Atmosphere: Aylesbury is a large market town with historic pubs, a waterside theatre and numerous shops.

Schools: There are a range of fantastic schools to choose from in the area, including Ashford School, The Dragon and Summerhills for primary options and Oxford High, Headington and Magdalen College for secondary.