The end of lockdown and the start of summer has led to a number of new properties hitting the market. Penny Churchill takes a look at one of them: Poulton Manor.

Whenever recession looms, the Cotswolds is the first port of call for buyers seeking a safe haven for their families and their assets. Vendors deprived of the traditional spring selling campaign are making up for lost time by launching their houses on the market in July, as this week’s bumper issue of Country Life shows.

One such house is Grade I-listed Poulton Manor, in the heart of the village of Poulton, five miles east of Cirencester on the southern edge of the Cotswolds. It’s for sale at £2m via Savills. 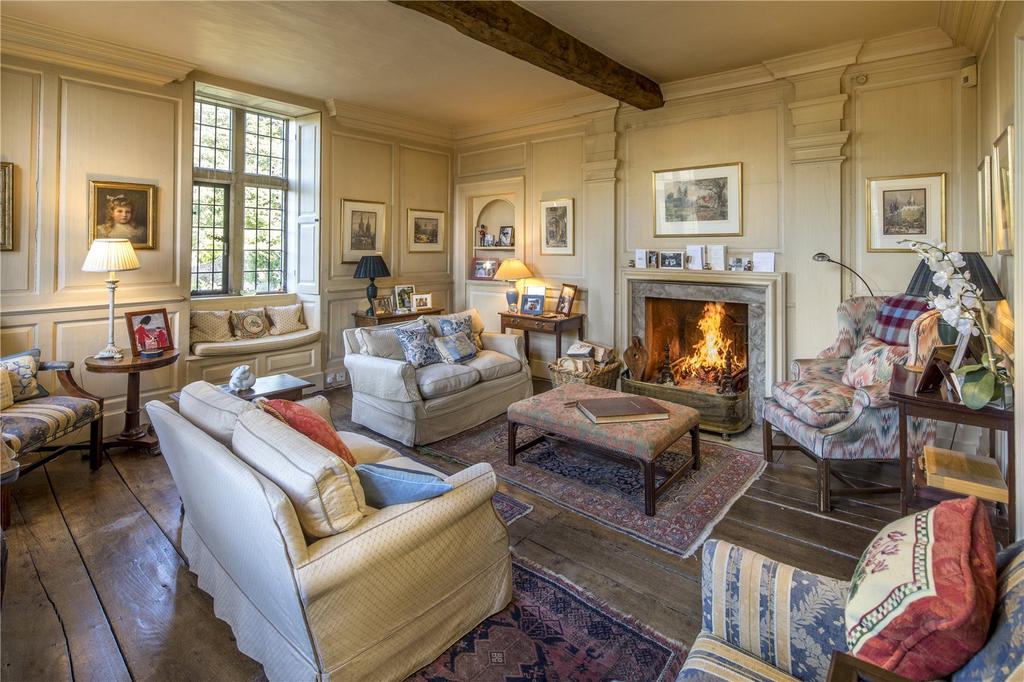 Described by former Country Life Editor Marcus Binney as ‘a perfect William-and-Mary doll’s house’ (Country Life, May 27, 1976), the exquisite, late-17th-century, small Cotswold-stone house, which ‘speaks more of an exalted yeoman than of the lord of the manor’, has remained almost unaltered since it was first built.

Much of the charm of Poulton Manor lies in its simplicity. Each floor has two rooms at the front and two at the back, with the hall and landings in the centre and the staircase behind; as a result, almost all the main rooms have windows in two walls.

The house stands in two acres of enchanting gardens and woodland in the centre of the village, with some 4,200sq ft of symmetrical living space over three floors, including three reception rooms and the kitchen on the ground floor, three bedrooms and a bathroom on each of upper floors and a playroom in the cellar.

The sale includes a one-bedroom guest cottage, with a further cottage available by separate negotiation. 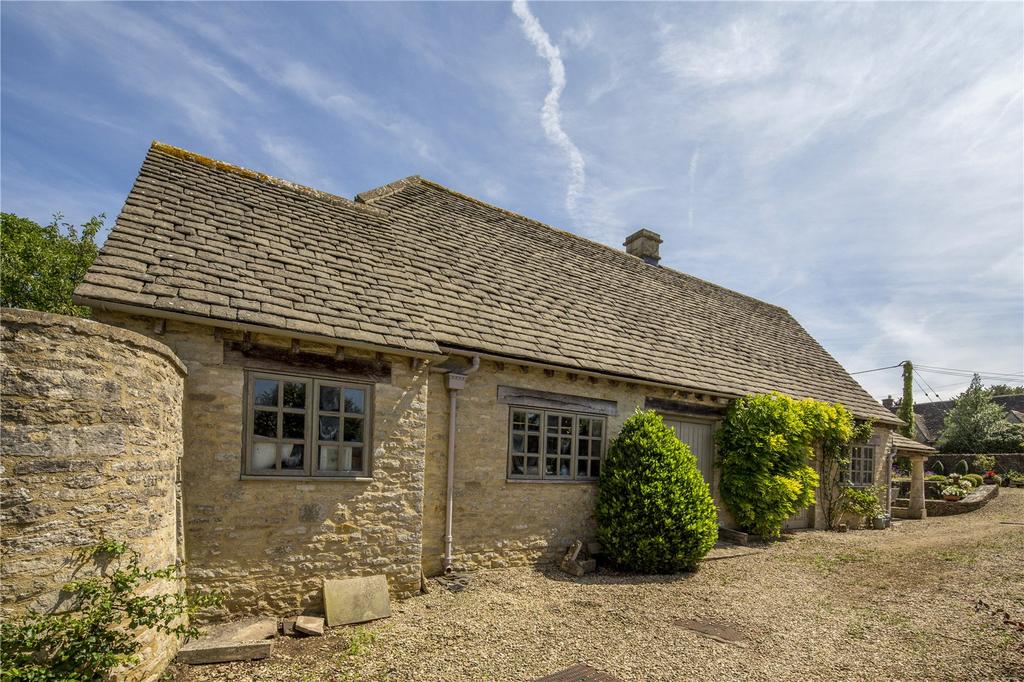 Little is known about the history of the house, partly because the village of Poulton is close to the borders of Wiltshire and Gloucestershire and, over the centuries, passed back and forwards between the two, before finally being incorporated into Gloucestershire in 1844.

At the same time, it also changed between the Dioceses of Salisbury and Gloucester, further obscuring its history. Recorded in Domesday as Poltone, then held by Earl Roger, the village was the site of a small Gilbertine priory (the only purely English monastic order), traces of which survive to the south of present-day Poulton. 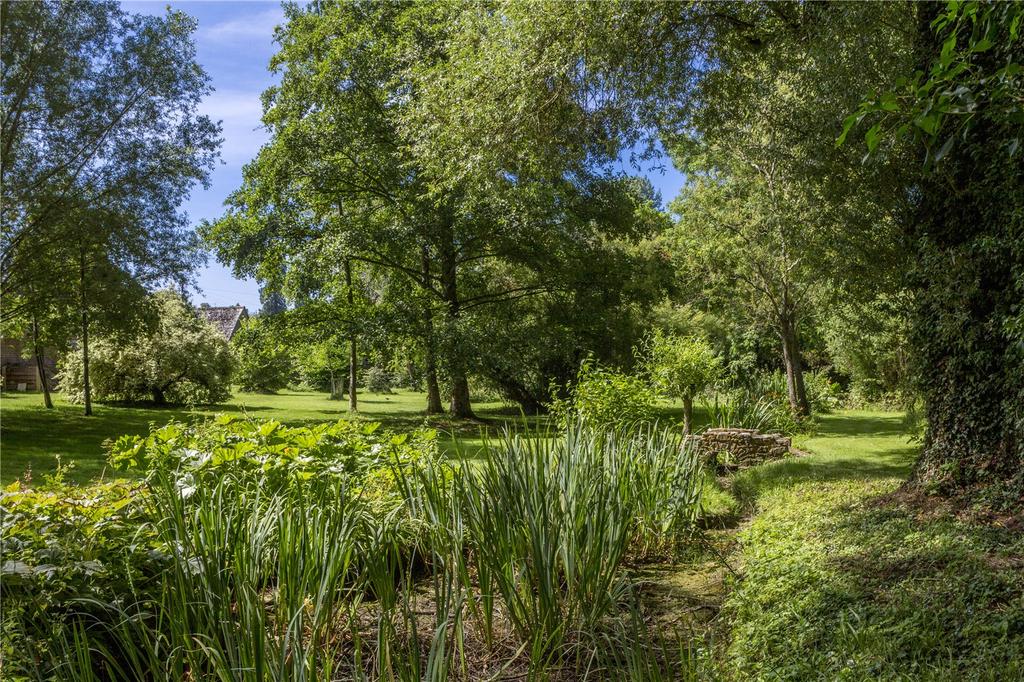 After the Dissolution, the manor was granted to John Paget and the present house is variously attributed to Paget or Peter Mills, one of the surveyors appointed to supervise the rebuilding of London after the Great Fire.

In the 1930s, it was bought, ‘in a forlorn state’, by the Cartwright family, who apparently renewed the roof and replaced the ground-floor mullions. 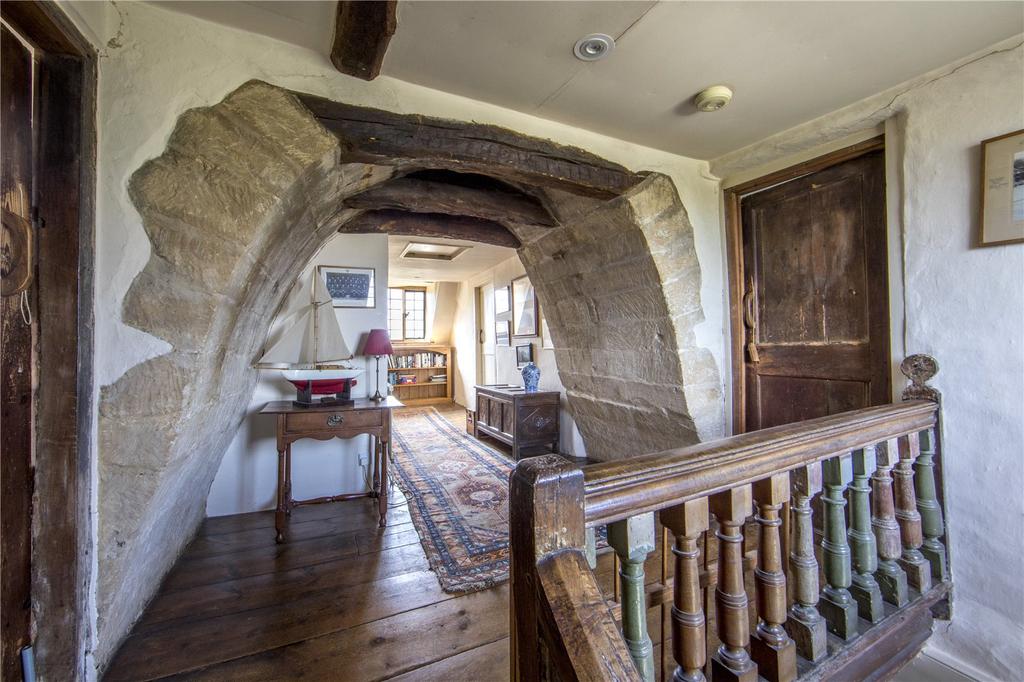 After the war, Poulton Manor was acquired by Sir David Gamble, who sold it to Mr and Mrs Anthony Sanford in 1964. Mr Sanford, an architect, replaced the manor’s brick chimneystack with a more appropriate one in stone.

Otherwise, apart from repointing, little has changed from that day to this.

Poulton Manor is sale through Savills at a guide price of £2m — see more pictures and details.

Buying a house is always a compromise, or so goes the received wisdom. Sometimes, though, you come across a place

Cream of the Cotswolds properties for sale, with price tags from affordable to, er, rather high.

Down House, Shilton, near Burford in the Cotswolds. Credit: Knight Frank

Down House is a gorgeous Cotswolds house full of charm and potential, with an orchard, paddock and scope to make