This place in Sussex is the property equivalent of tucking a racy modern novel into a Jane Austen dust jacket. James Fisher reports.

From the road, Island Cottage would appear to be a fairly standard, albeit pretty, farm cottage from the late Georgian period. Looks, of course, can be deceiving — as this unusual £1.475 million home proves in some style.

Behind the cottage’s handsome period façade — made in 1810 — lurks a completely remodelled modern home in BoHo style, with frankly historic views over the Pagham Harbour Nature Reserve.

The four-bedroom home provides an adaptable layout, say the agents, with an interior ‘designed with great flair and style’.

As things stand, the ground floor has a kitchen/dining room, utility, snug, library/study and one of the bedrooms. All of them are — and there’s really no other phrase to use right here — very cool indeed.

On the first floor, there are three more bedrooms and a large sitting room, with the latter and one of the bedrooms — both of which are in a contemporary, larch-clad, grass-roofed extension to the rear of the house — having access on to the roof terrace.

The terrace is the perfect spot to soak up the views, over both the local countryside and a garden with its own boardwalk.

The house is located in Mill Hamlet — described as a ‘miniature Bosham’ by Ian Nairn in in the Sussex Edition of the Buildings of England —  while there are some lovely spots nearby, including the beaches at East and West Wittering, and the small town of Selsey, on the southern tip of the peninsula. Not far to the north is Chichester, and beyond that the South Downs. 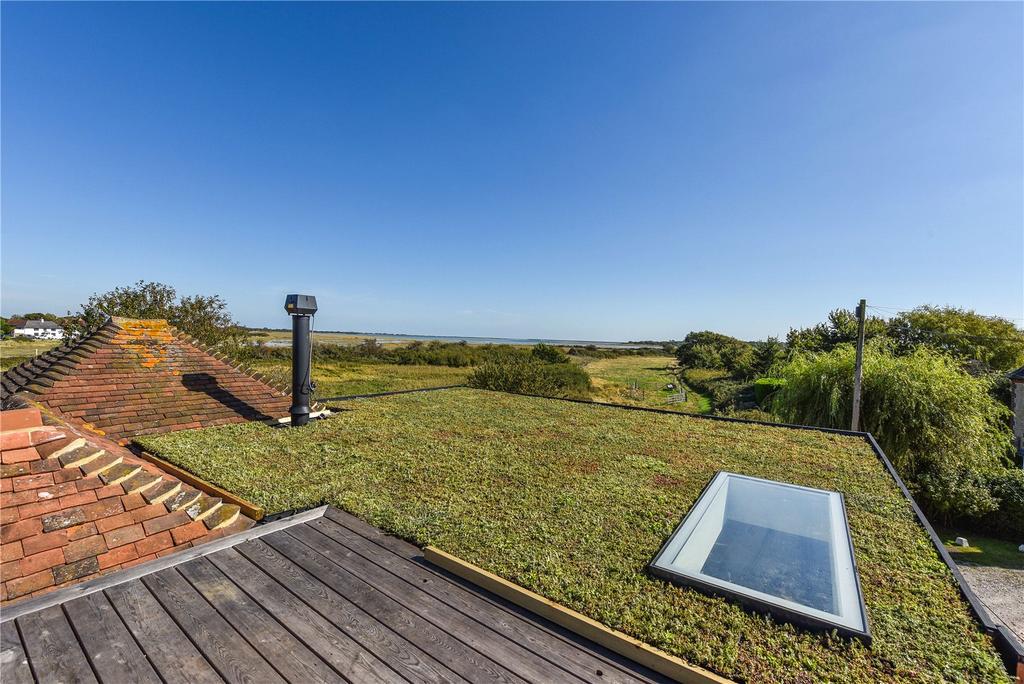 Pagham Harbour itself is a fascinating place. It was once a busy port during the Napoleonic wars, and a dropping off point for many prisoners of the war who were employed in building around this area (not least on the Goodwood Estate). The Men-o’-War are now gone and have been replaced by a nature reserve famed for its water birds.

Island Cottage is for sale via Jackson-Stops — see more details and pictures.