Turner painted many scenes of the Sussex countryside, where he spent much time as a guest of the 3rd Earl of Egremont at Petworth. The views that moved him are a stone’s throw from the 83-acre Nonnington estate, outside the village of Graffham, in West Sussex, which is for sale with RH & RW Clutton. The price is available on application from the agent.

The main house at Nonnington rivals with the panorama. Dating originally from the 16th century and heavily remodelled in the Victorian and Edwardian eras, it is a treasure trove of charming details, from original fireplaces to elegant cornicing, leaded windows, panelled walls-and a stained glass window on the first-floor landing.

The pièce de resistance is the aptly-named Great Hall, which was created in 1937 as a ballroom, but there also are a 26’5” dining room, a sundowner bar and, up the grand staircase, ten panoramic bedrooms, including the master suite with private sauna. 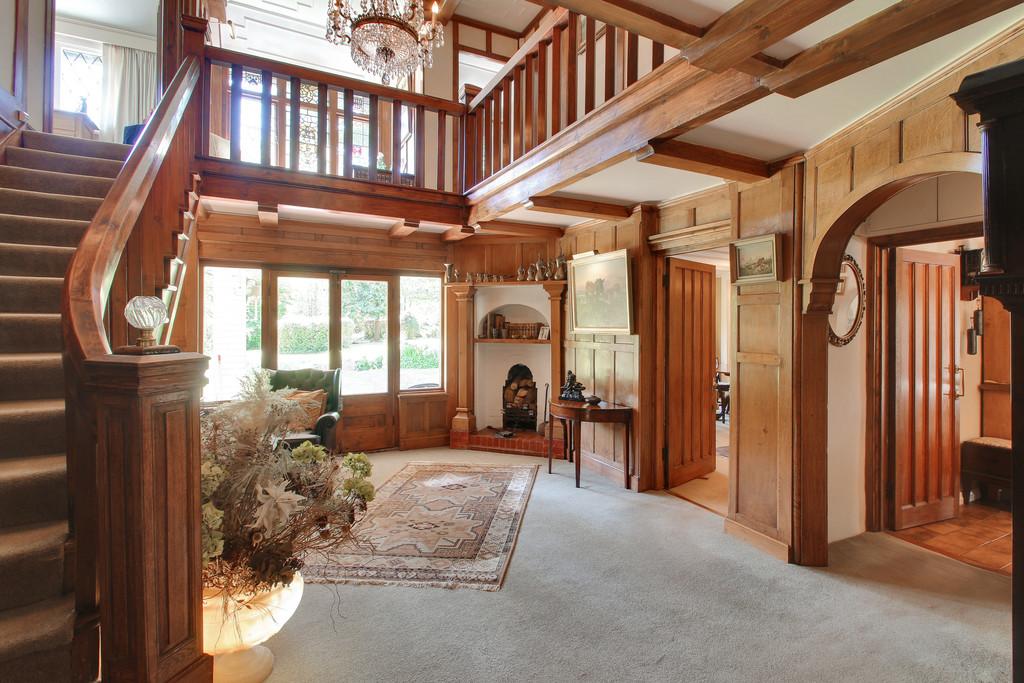 Outside, the magnificent grounds include three ponds (with waterfall), a heated swimming pool, a tennis court, a play area, plus farmland and woodland. Also on the estate are two houses, let under assured Shorthold Tenancy, and a range of outbuildings.

As an interesting titbit is that the Hall was advertised in Country Life a few times over the course of the 20th century and was mentioned in the magazine’s estate report twice. A 1943 issue states that it was sold by auction for £13,000, while a 1974 issue highlighted the presence of the swimming pool and reported that offers for the house with (at the time) nine acres were expected to be in the region of £100,000.

Nonnington is for sale via RH & RW Clutton with price on request — see more pictures or enquire with the agent for further details.

Graffham: What you need to know

Morveren House is the perfect place to appreciate the Cornish landscape that inspired many artists Credit: Lillicrap Chilcott