Trending:
Morveren House is the perfect place to appreciate the Cornish landscape that inspired many artists Credit: Lillicrap Chilcott

The Penwith Peninsula has been synonymous with art for decades, with generations of painters flocking to an area that combined beautiful sea views with a rare quality of light. John Miller and Kurt Jackson are perhaps the ones whose work is most recently tied to the local landscape but the list of Cornish made artwork ranges from Barbara Hepworth’s sculptures to Terry Frost’s abstract work.

Art loving-house buyers who’ve fallen in love with this landscape might be interested to take a look at Morveren House, in Trowan, for sale through Lillicrap Chilcott at £1.45 million, is the perfect place for budding artists or art lovers: you can take in the play of the light on the sea, while being within easy reach of the Tate St Ives (a footpath links Trowan to St Ives and the South West Coast Path). 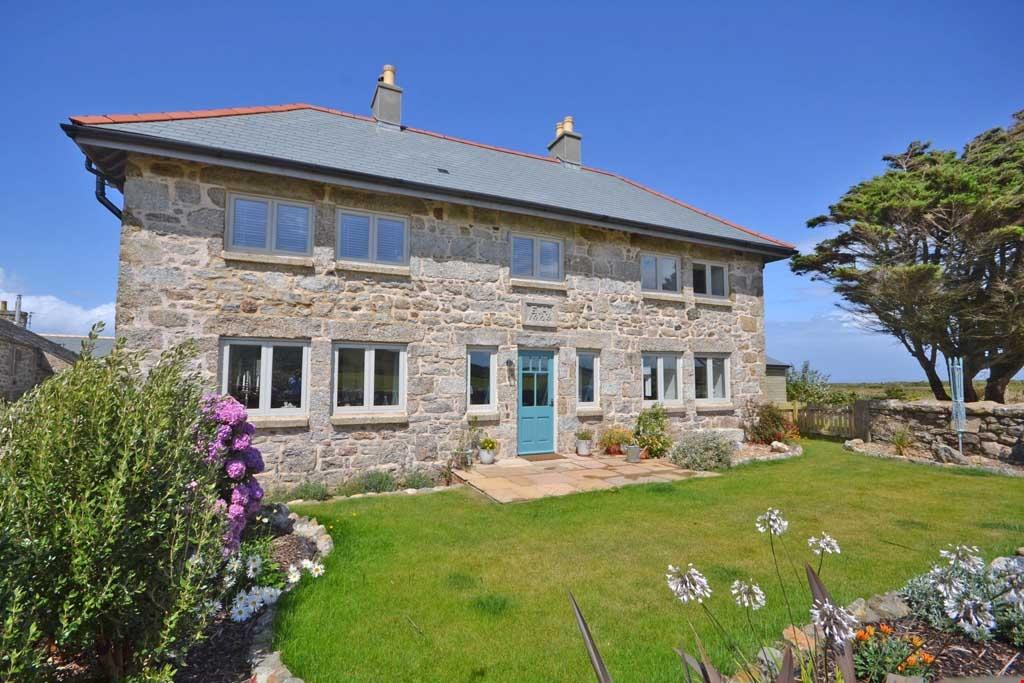 Built in 1909 for Sir Edward Hain MP, the property looks out towards the sea and the open countryside, which is an Area of Outstanding Natural Beauty. Sir Edward was a notable local figures — as well as representing St Ives in Parliament from 1900 to 1906, he ran The Hain Steamship Company Limited, later sold to P&O, was the local mayor for six times and eventually became High Sheriff of Cornwall in 1912.

Morveren House was devised to suit such an illustrious personage, combining understated, elegant architecture with high quality stones — and has since been restored to the same high standards. 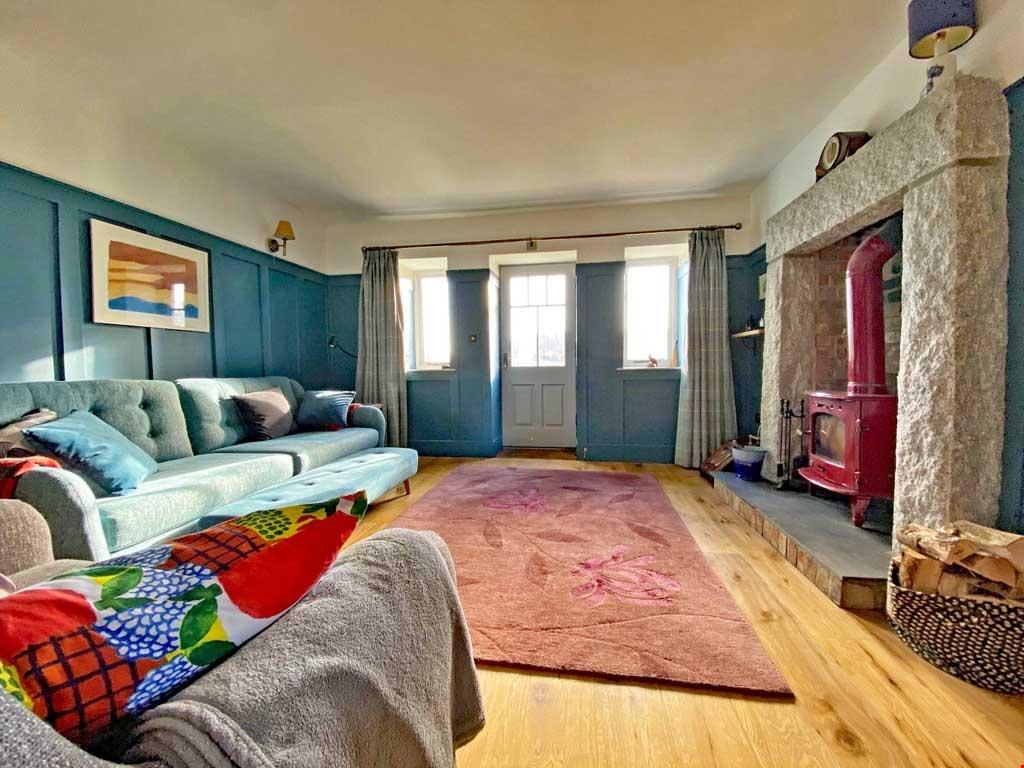 The interiors have kept intact some Arts & Crafts fireplaces, which combine with vaulted ceilings, exposed floorboards and stone walls and wood panelling to create a striking home.

The living room, which looks out towards the gardens and the countryside beyond, is particularly striking, with a massive granite slabs surrounding the brick fireplace, within which sits a bold, red woodburning stove. 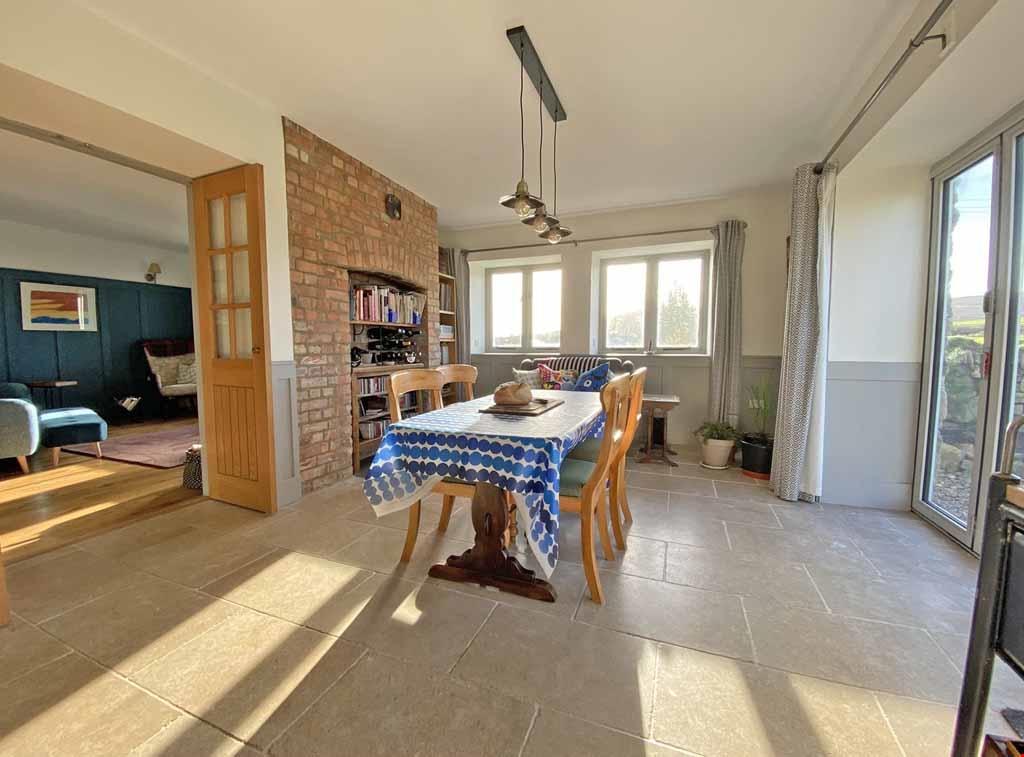 There’s a mellow kitchen and dining area with limestone floors, pastel-blue units and a full heigh feature fireplace, and a cosy sitting room, which also has a fine brick fireplace.

But perhaps the most beautiful rooms are the bedrooms — especially the vast, vaulted master suite, which affords long views across both the countryside and the sea, and has an original Arts & Crafts fireplace in the ensuite bathroom. 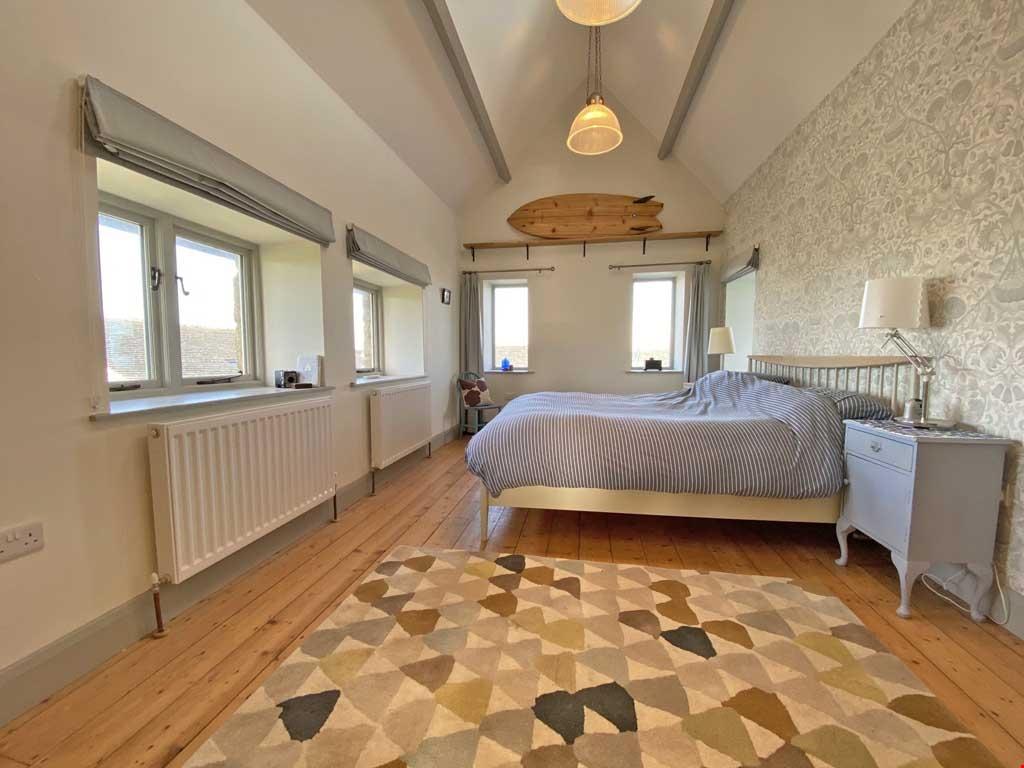 Equally charming is the attached two-bedroom cottage, which has a large open-plan kitchen, dining and living area with vaulted ceiling. 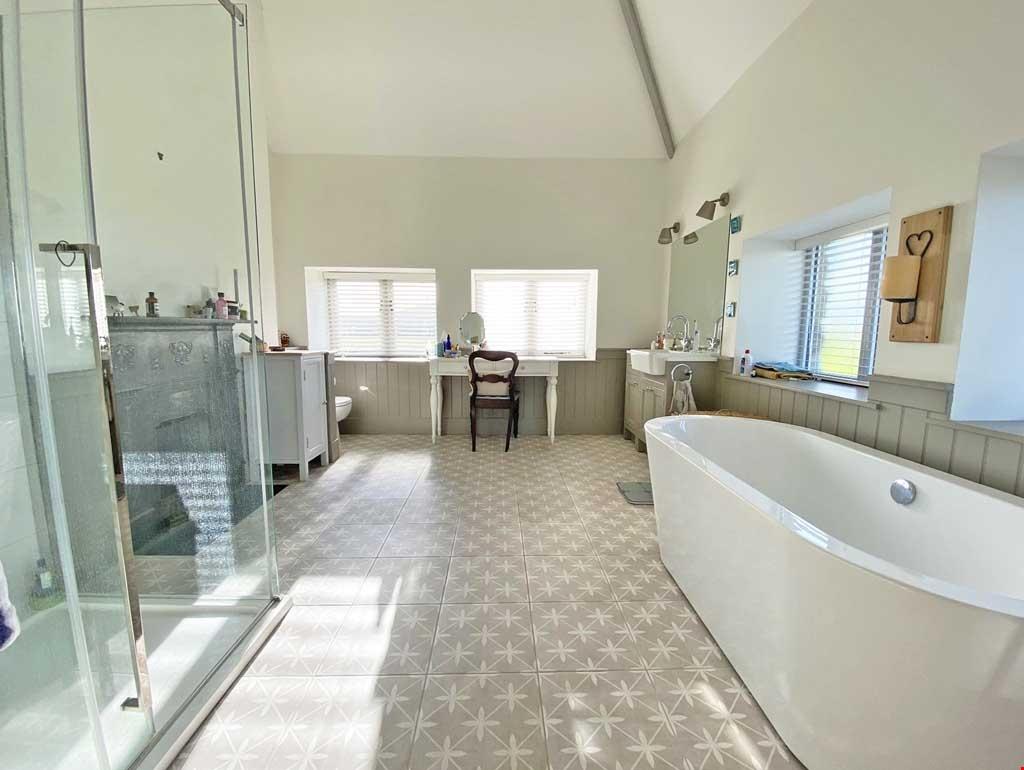 The gardens are split into a walled area with paved patio to the west — perfect for outdoor entertaining — and, to the south, a lawn overlooked by two fir trees and adjoined by another paved terrace.

Morveren House and Cara Cottage are for sale at £1.45m via Lillicrap Chilcott — see more pictures or enquire with the agent for further details.

Trowan: What you need to know

Rachael Turner looks in awe at this marvellous property in Kent.