Grade II-listed Coggeshall Hall is a handsome country house in Essex that has been painstakingly restored after extensive fire damage.

The Dissolution of the Monasteries under Henry VIII freed up large tracts of land throughout East Anglia,  allowing the newly rich gentry to create farms and estates on former monastic lands. In the late Tudor period, they built grand country houses for themselves, together with farmhouses and cottages for the tenants who worked the land. Almost 500 years later one of those, Coggeshall, has come to the market.

The building material of choice was often brick, first introduced from the Low Countries in the late medieval period — some imported as ballast aboard ships exporting English wool to the continent, others made in brickyards established in East Anglia by Dutch immigrants.

It was all part of a tradition of fine craftsmanship that still survives throughout the region, as can be seen in a number of meticulously restored houses that have recently come up for sale.

Launched in Country Life at a guide price of £2.95 million through the Chelmsford office of Strutt & Parker, Grade II-listed Coggeshall Hall near Kelvedon, Essex, is an immaculate country house of great character set amid the open countryside of north Essex, with 12 acres of formal gardens and pasture bounded to the east by the river Blackwater.

Described by selling agent Mark Rimell as ‘a house of two halves’, it comprises a late-16th-century house built, according to its Historic England listing, ‘circa 1575, mainly timber-framed and plastered with some weatherboarding and plum bricks in Flemish bond, roofed with handmade red plain tiles, with an early 19th century cross-wing of plum brick forming a T-plan and later entrance elevation’.

At some point in the 2000s, the house suffered extensive fire, smoke and water damage. Works to repair and refurbish the property were completed in stages, with the initial focus on repairing the Georgian part of the house so that the owners could return, as work to reinstate the 16th-century wing continued.

The finely detailed work was carried out by specialist local firms, which painstakingly repaired and restored the original timbers, reinstating the wattle-and-daub panels and lime-plaster walls and ceilings.

Approached through a central entrance hall, the drawing room and morning room occupy the later Georgian part of the house, both having open fireplaces, sash windows and shutters. The sitting room has windows on two sides, an impressive brick inglenook fireplace and oak flooring. 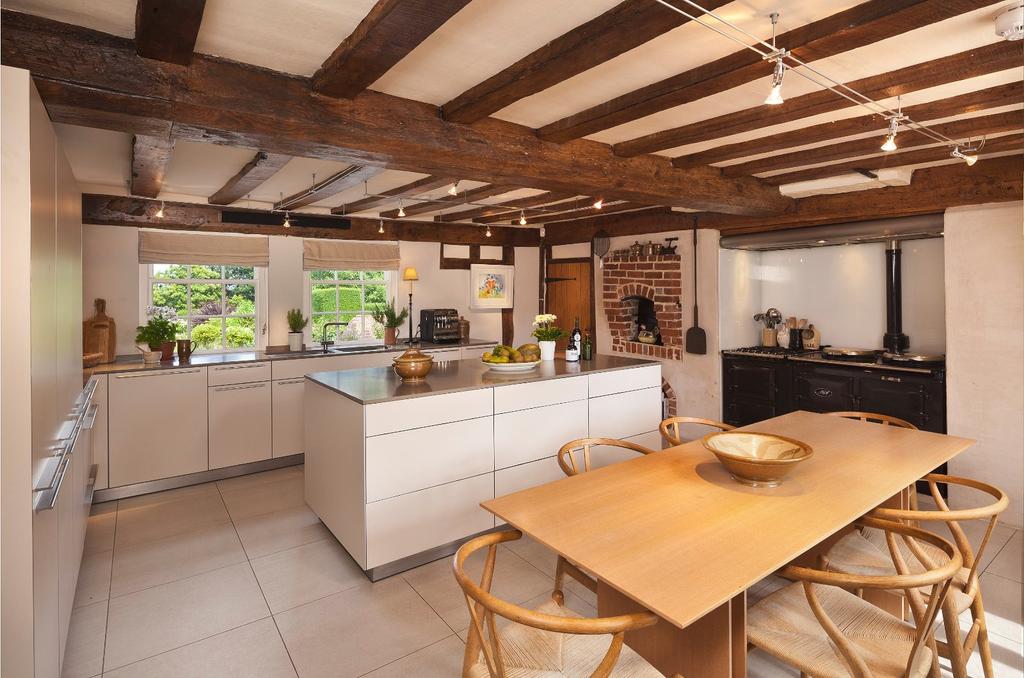 The kitchen/breakfast room is a charming mix of old and new, with fitted Bulthaup cabinets and appliances and the original bread oven, and views over the topiary garden and the wildflower meadow to the parkland beyond.

The first floor has five good bedrooms, including the principal bedroom suite, with two further bedrooms on the second floor.

Coggeshall Hall is currently for sale via Strutt & Parker at a guide price of £2.95 million — see more pictures, or enquire with the agent for more details. 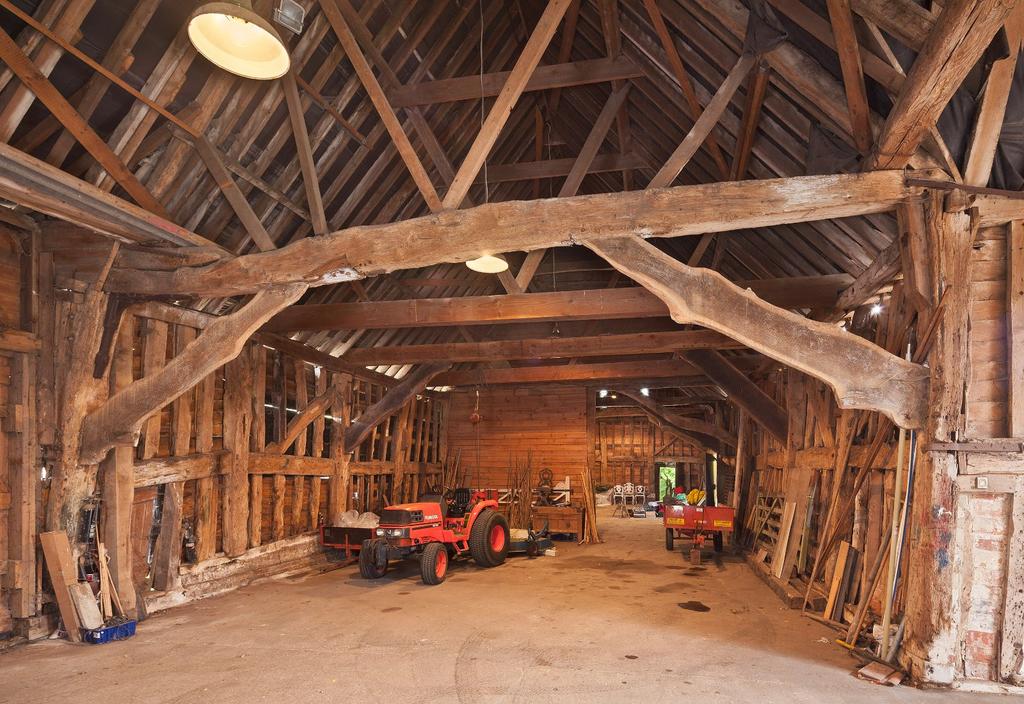 Kelvedon: What you need to know

Location: Kelvedon is located in North Essex, in-between Chelmsford and Colchester. The rail station in Kelvedon offers services to London Liverpool Street making it an ideal location for commuters.

Atmosphere: Both Kelvedon and Coggeshall (the neighbouring village) provide a lovely village atmosphere with a real community feel that offers fantastic commuting links, complete with a butchers, community store, several pubs, restaurants and a post office.

Things to do: The larger market towns of Chelmsford and Braintree also offer a larger selection of shops and amenities.

The rail station in Kelvedon offers services to London Liverpool Street making it an ideal location for commuters.: There are numerous fantastic schools in the area, both state and private, including Colchester Royal Grammar, King Edward VI Grammar School and County High School for Girls, Felsted and New Hall.

See more properties for sale in the area.