Denham Mount is a superbly pretty small estate just outside London which was used for a famed adaptation of one of Noël Cowards most enduring plays.

If there’s a reason why Denham Mount — a spectacularly pretty country house near Gerrards Cross — looks familiar, it might be this: the house was used in the filming of Blithe Sprit, the 1945 adaptation by David Lean of Noël Coward’s hit stage play which is one of the best-loved British films of the post-war era.

The film stars Rex Harrison as a man haunted by first his ex-wife and then his wife, following her untimely death, with neither of them seemingly will to leave the beautiful home. And its not hard to see why: this really is an idyllic spot, 40 acres of rolling countryside just 18 miles from London.

The main house was designed by Robert Lugar — known as ‘the country gentleman’s architect’ — in the early 19th century, and is an elegant Grade II-listed Georgian villa. 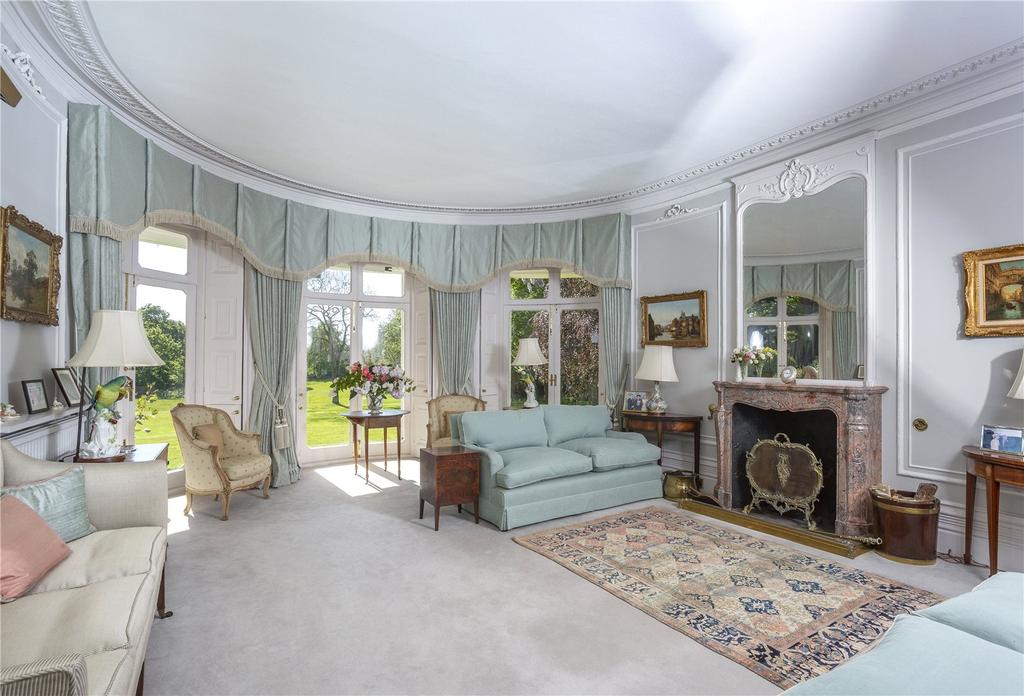 It’s a seven-bedroom home with beautifully-proportioned rooms and all sorts of graceful touches, including a sweeping staircase that curves around towards the first floor, a huge garden room with one wall almost entirely glazed. 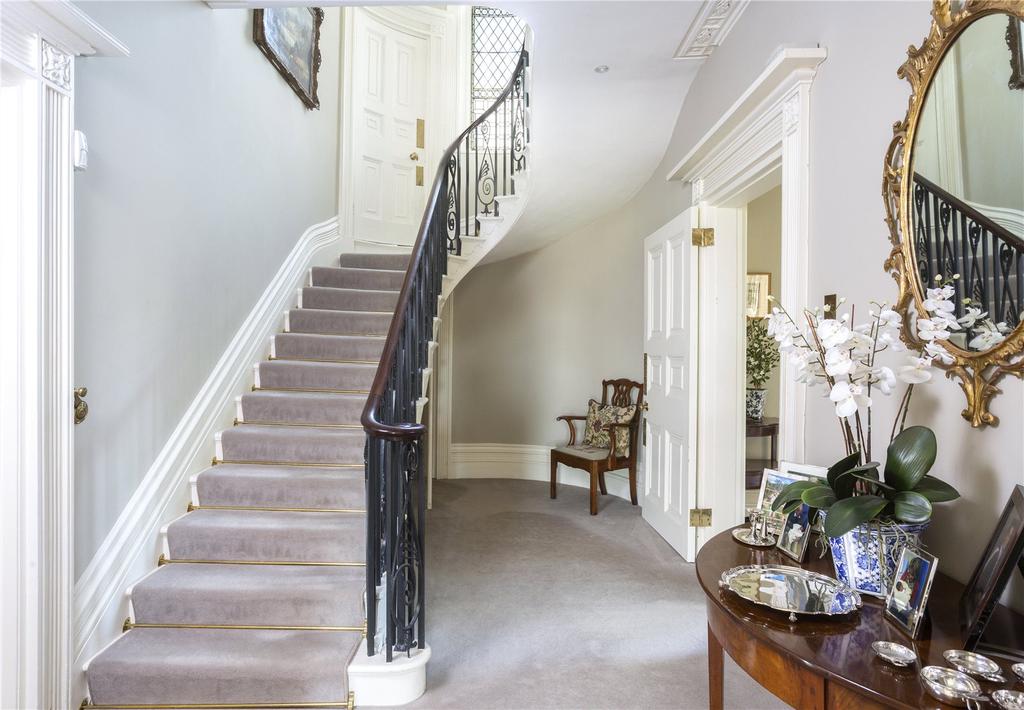 The room which most catches the eye is the drawing room, centred on a carved, open fireplace, and with a bay that boasts French doors which lead on to the veranda where several of the scenes from the film were shot. It’s a glorious spot, and it’s hard not to dream of sitting beneath the wisteria-clad awning while enjoying the view down to the lake. 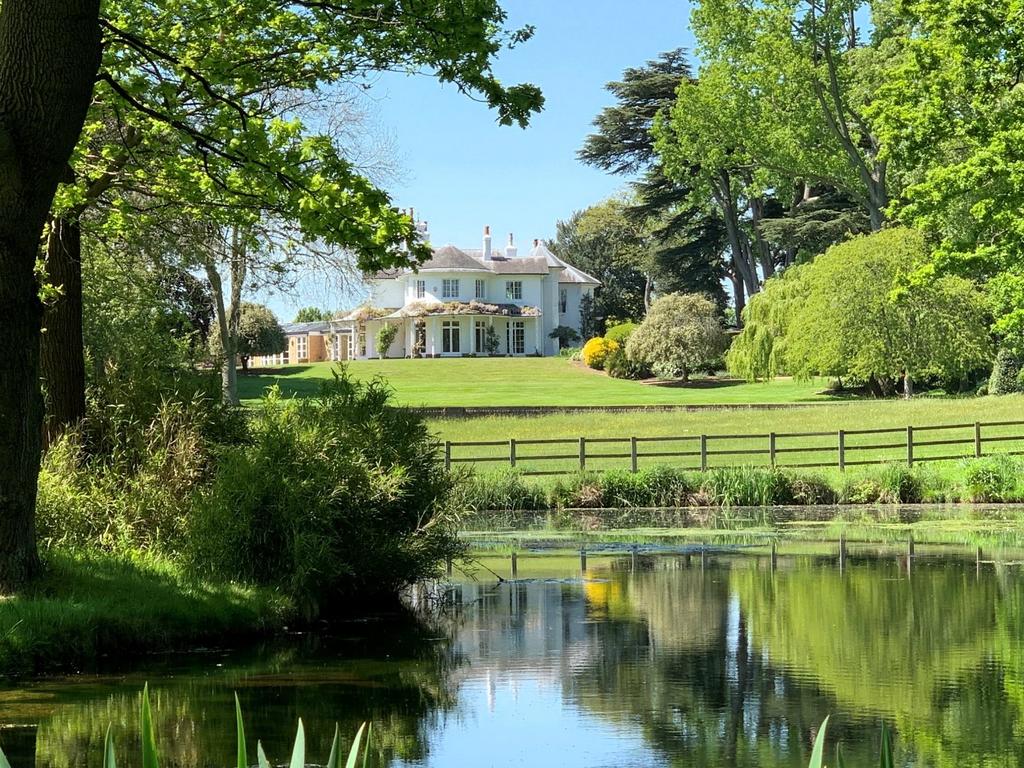 The master bedroom on the first floor shares the same graceful, curved bay and views over the grounds, while there are four further upstairs bedrooms plus a self-contained staff flat on the second floor above. 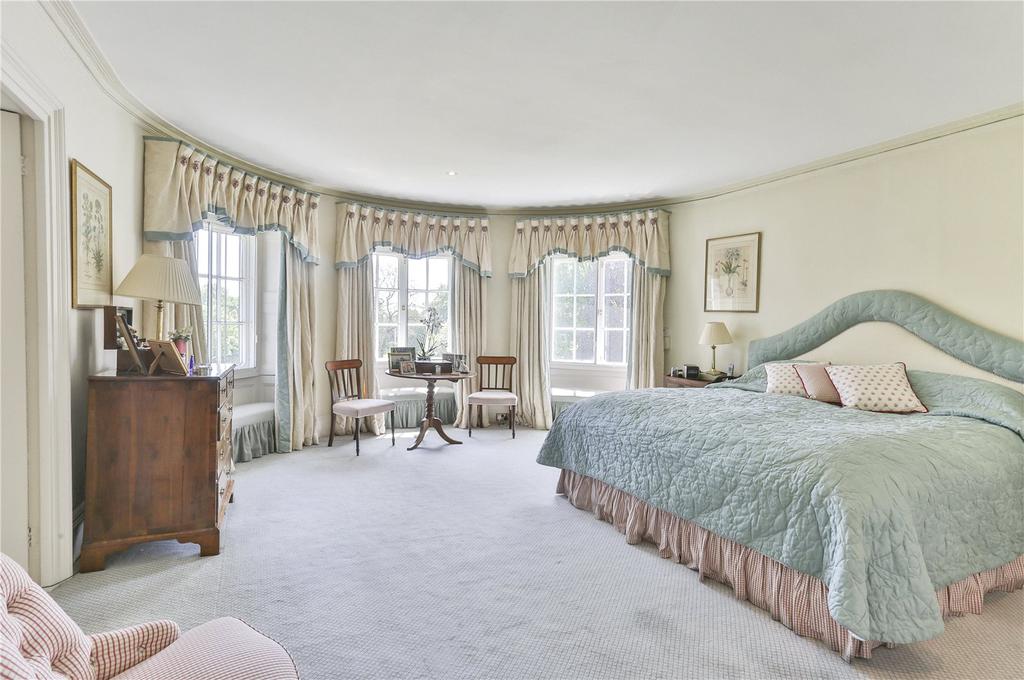 The delightful office also caught our eye, though we can’t help feeling that sitting and gazing out of the two large windows would be preferable to sitting and getting work done. 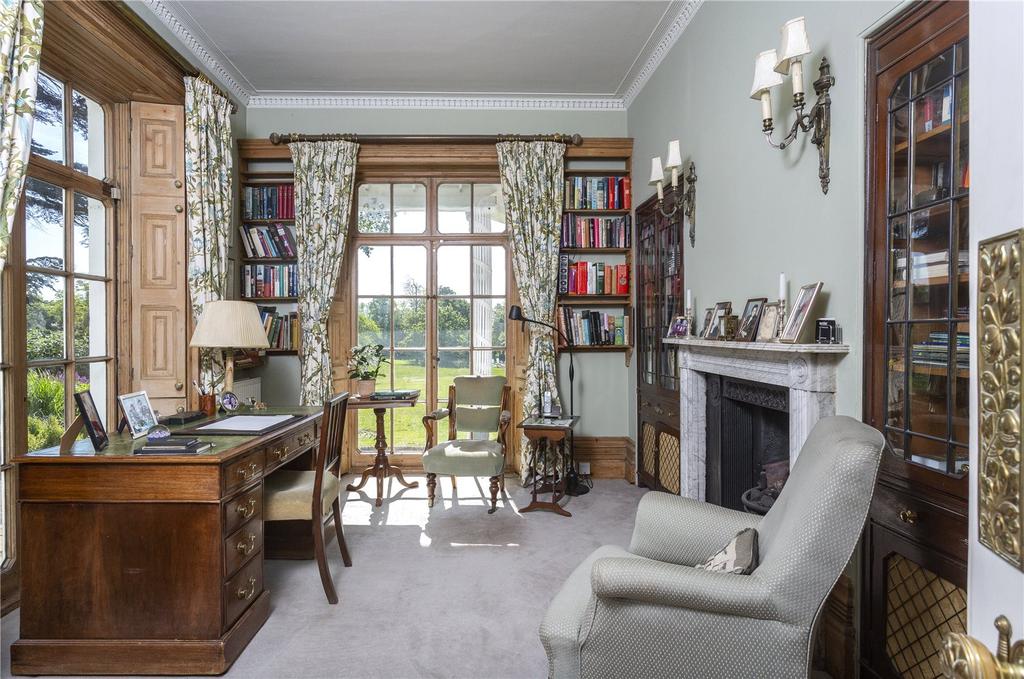 There are also four cottages included in the sale, while elsewhere within the grounds there is a Victorian ice house, folly, coach house, extensive lawns, a lake, fruit and vegetable gardens and a tennis court.

Denham Mount is for sale via Strutt & Parker at £6.5 million — see more details and pictures. 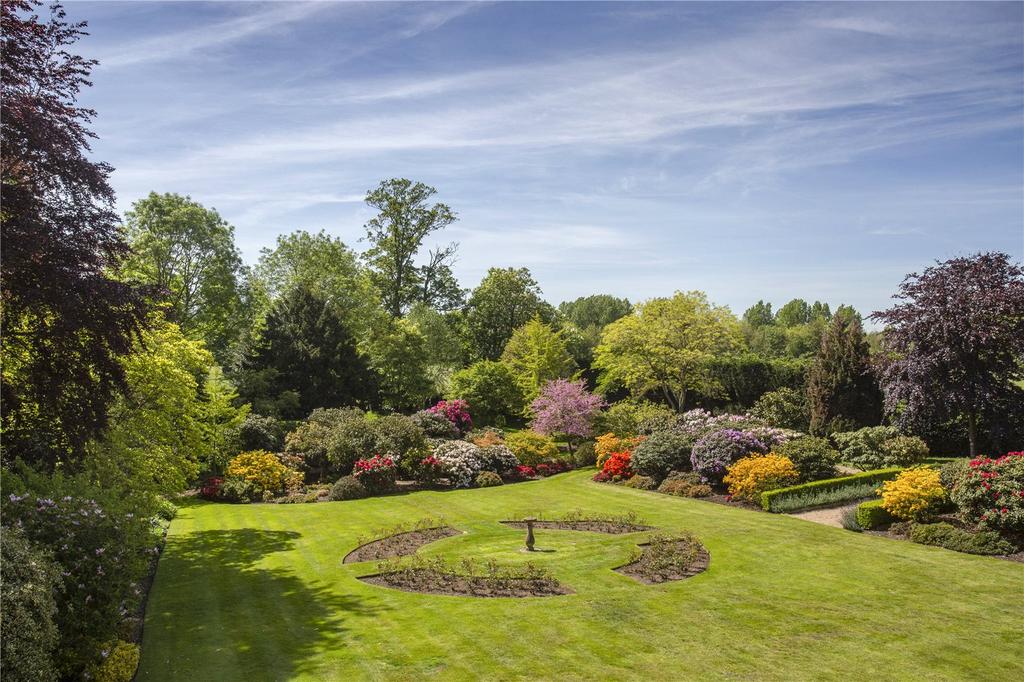 The word 'legend' is bandied around all too frequently these days, but the man selling this home in the Surrey

Alan Titchmarsh waxes lyrical about the benefits of bulbs, and why disposing of them year on year might not be

When the Waltons began remaking the garden, the water supply was uncertain, but now the fountains lead visitors through the space. Credit: Alessio Mei

Steven Desmond describes the cross-fertilisation of exuberant experimentation and cool practicality that produced La Mortella, one of the destinations of