Lincombe Keep was designed to blend into its unique surroundings, in turn designed to make the most of the spectacular views over the Torquay coastline.

Whenever you read the name ‘Lutyens’ in a property listing, even in conjunction with the words ‘pupil of’, you’d expect to find something special. What you wouldn’t necessarily expect to find, however, is a castle with an electric portcullis.

Yet both things are true of Lincombe Keep, currently on the market with Absolute Sales & Lettings via OnTheMarket.com for offers over £1.5 million.

The architect in question is Fred Harrild, who was a pupil of Lutyens until he went out on his own in 1910, becoming a Fellow of the Royal Institute of British Architects and designing many houses in Sussex and Devon. 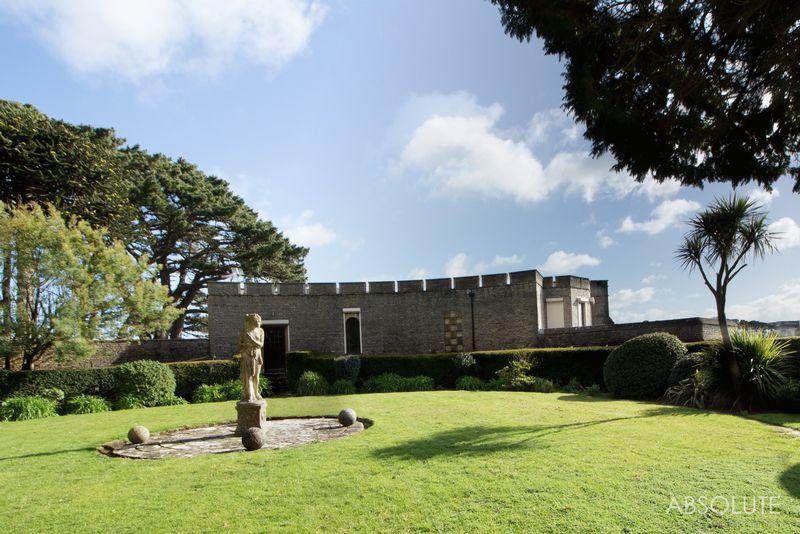 Harrild was engaged in 1922 by Horace Pickersgill, the son of a bookmaker from Leeds who had been advised to move to Torquay on the advice of his doctor, provided that he under no circumstances spend his summer there on account of the heat. Pickersgill purchased 33 acres of land from the Glengorse estate and had Castle Tor built as a ‘winter home’. He went on to sell it twenty years later to a Mrs Dorcas Croft of Birmingham.

In subsequent years the property was broken up and sold as separate parts, leading up to the construction of Lincombe on the south-east side in the early 1990s.

Built of the same stone as the surrounding walls to the designs of John Pritchard, Lincombe Keepclosely follows the line of the original terraces, replicating the style of early 20th century garden structures with its castellated details and materials.

Lincombe’s landscaped grounds — accessed via the aforementioned automatic portcullis — places fairytale first and planting second. A virtual museum of structures, statues and water features, the grounds sprawl down to the Torquay coastline with fine views from above.

For all its grandeur, Lincombe is a modestly-manageable size within. It’s a four-bedroom property, with a study occasionally used as a fifth bedroom. 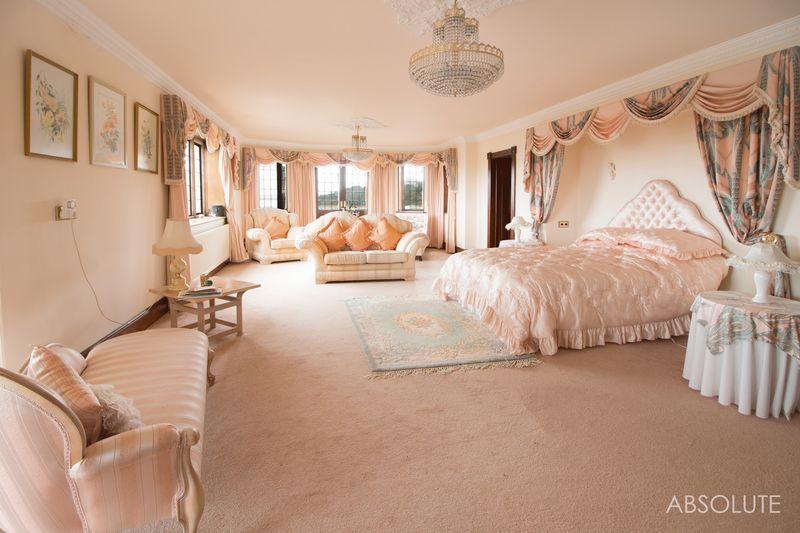 An impressive sitting room enjoys uninterrupted views of the sea, leading though to a private sun terrace which Pickersgill would’ve been forced to avoid on medical grounds, should Lincombe have existed in his time. A formal dining room has similarly commanding views.

The views are spectacular at Lincombe Keep, Devon. Credit: Absolute Sales and Lettings.

Although the bedrooms are few, they are grand. The master suite spans over the entire upper floor with panoramic views over the surrounding countryside from a purpose-built observatory area. An internal lift rises to two of the three floors.

Lincombe Keep is on the market with Absolute Sales & Lettings via OnTheMarket.com for offers over £1.5 million. Click here for more information and images.

Foxcote Manor is the perfect country house – large without being unmanageable, with plenty of grounds and good transport links to