Penny Churchill takes a look at the aptly-named Blissamore Hall, on the North Wessex Downs AONB.

For sale for the first time in 25 years — at a guide price of £9.5 million through Savills — handsome, early-Georgian Blissamore Hall at Clanville, near Andover, sits comfortably at the centre of its 150 acres of well-tended gardens, rolling parkland, rich pasture and ancient woodland on the edge of the North Wessex Downs AONB.

Although ownership of the former manorial land on which the hall stands can be traced to the mid 10th century, when it was held by Edith, consort queen of Edward the Confessor, and after the Conquest by Wilmington Priory, the present Blissamore Hall has at its core an early to mid-17th-century house, altered in the 18th, early and late 19th centuries and, apparently, ‘to a great extent rebuilt’ at some point.

In the 18th century, Blissamore was run as a farm, until it was acquired in 1794 by John Bellenden Sawlor, a prosperous London lawyer, whose work in the notoriously long-winded Court of Chancery assured him of rich pickings for life. For whatever reason, he changed the name of the house to Clanville Lodge, although he rarely occupied it for any length of time.

This pleasant part of north Hampshire probably boasts more high-ranking army officers to the acre than anywhere else in England and, from 1799 to 1805, Sawlor rented Clanville Lodge to Gen Edward Mathew, a veteran of the American War of Independence. Following his death in December 1805, his son took over the tenancy until, in 1812, Sawlor sold the property to Henry Bosanquet, a local magistrate and High Sheriff of Hampshire.

On Bosanquet’s death in 1817, Clanville Lodge passed to his son, also Henry, who lived there until 1823. Lacking both the will and the wherewithal to live there permanently, he sold the estate in 1833 to Lt-Col Hugh Stacpoole, an officer in Her Majesty’s 45th Regiment of Foot, who served under Wellington in Portugal, and later saw action in South America, Ceylon and Burma.

At home, hunting with the Tedworth was a welcome respite from the stresses of active service. After his death in January 1840, his widow, Jane, and her unmarried sister, Mary, lived on at the house, attended by a ‘downstairs’ staff of seven live-in servants.

At the time, the estate comprised the main house, three coach houses, stabling for eight horses, walled gardens of a fraction more than an acre, and the adjoining 120-acre farm, together with a newly built farmhouse. Although Bosanquet’s father had paid £8,250 for the estate in 1812 and spent a further £5,000–£6,000 on the house alone, and he, too, had expended ‘very large sums of money’ on the house, offices and farm buildings, Lt-Col Stacpoole managed to buy three Bosanquet estates in the area for £15,624, 17s — £2,000 less than the original asking price for all three properties.

In February 1920, Country Life announced the sale of Clanville Lodge, describing it as ‘a choice freehold estate with an old-fashioned house of 15 bed and dressing rooms’ — too large for most buyers in the servant-less period after the First World War. The army again rode to the rescue in 1930, when Clanville Lodge was bought by Capt R. A. Heath, who ran a famous dairy herd of Jersey cows on the land. 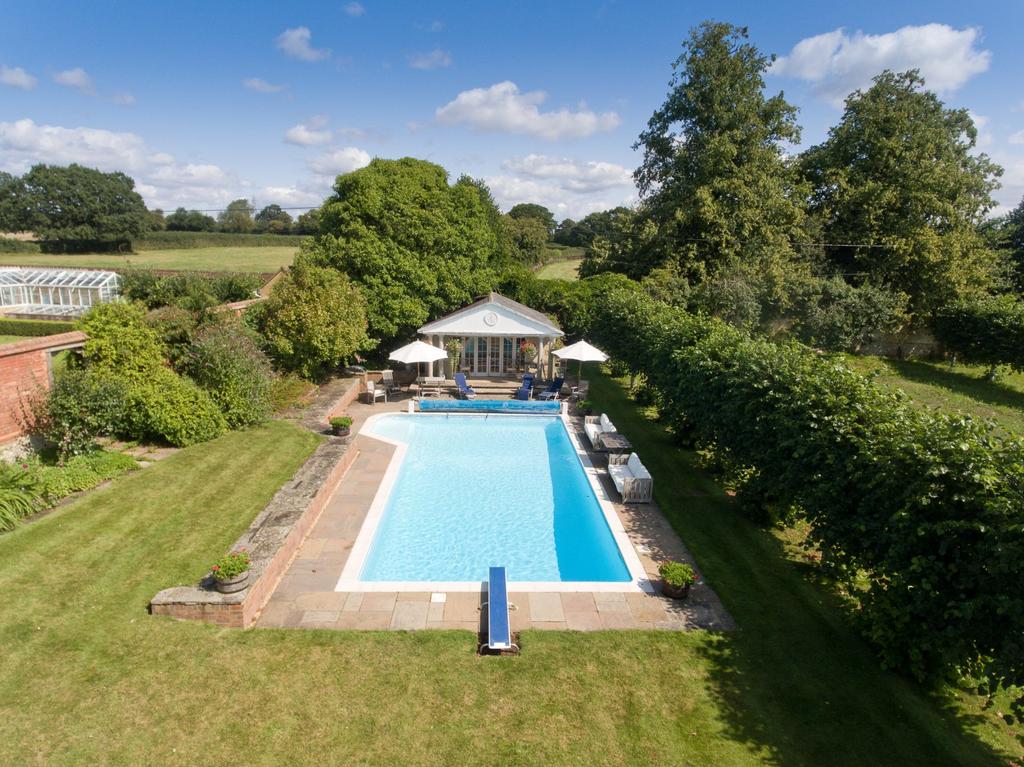 Following his death in 1943, Clanville Lodge was bought by Major Genereal John Frederick (‘Jack’) Combe, a much-decorated former commanding officer of the 11th Hussars, who converted the old dairy farm and added more stables to create the Clanville Lodge Stud. His best horse was Pipes of Peace (third in the Epsom Derby) and his best mare Big Berry (second in the 1954 1000 Guineas and the foundation mare for Clanville’s successful Berry line).

When Combe died in 1967, the estate was bought by David Bradstock and his wife, Phillipa, who ran Clanville as a broodmare stud for flat horses. After starting from scratch with only a few ponies, they went to the sales in December 1971 and bought two mares and a foal. The foal was Red Berry out of Big Berry, rated the fourth top-rated filly in England in 1973 before becoming a broodmare at Clanville, where she bred eight winners. One of her foals, Falcon Berry, also became a Clanville broodmare and the dam of 12 winners. 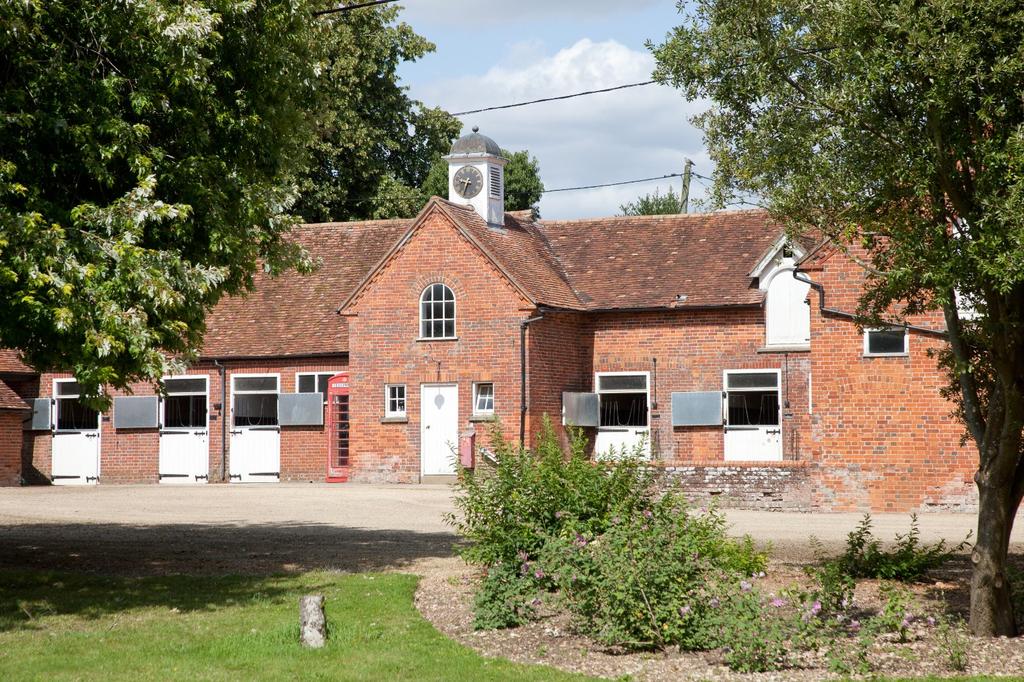 In 1995, the Bradstocks sold the Clanville Lodge estate and stud to the late Sir Christopher Bland, one of Britain’s most distinguished businessmen, and his wife, Lady Jennie Bland. They renamed the house Blissamore Hall and Lady Bland ran the Clanville Stud, starting with Top Berry, which they bought along with the stud.

One of her foals was Blaeberry by Kirkwell, which won two races at three years old, four races over hurdles at five and six years, and two races over fences, aged six and seven, before joining her own dam as a Clanville broodmare. Lady Bland ran the stud for 19 years until 2014, since when it has been let to former jockey Stephen Kemble, a breeder and dealer who also looks after Lady Bland’s horses.

Those were golden years at Blissamore Hall, which has been a much-loved family home throughout the Bland era and, following Sir Christopher’s death in 2017, now awaits the latest chapter in its long and eventful story.

Although no one yet knows if the next incumbent will continue Clanville Stud as a breeding operation or as a centre of excellence in another field of equestrian sport, the heart of the estate will always be the hall itself. 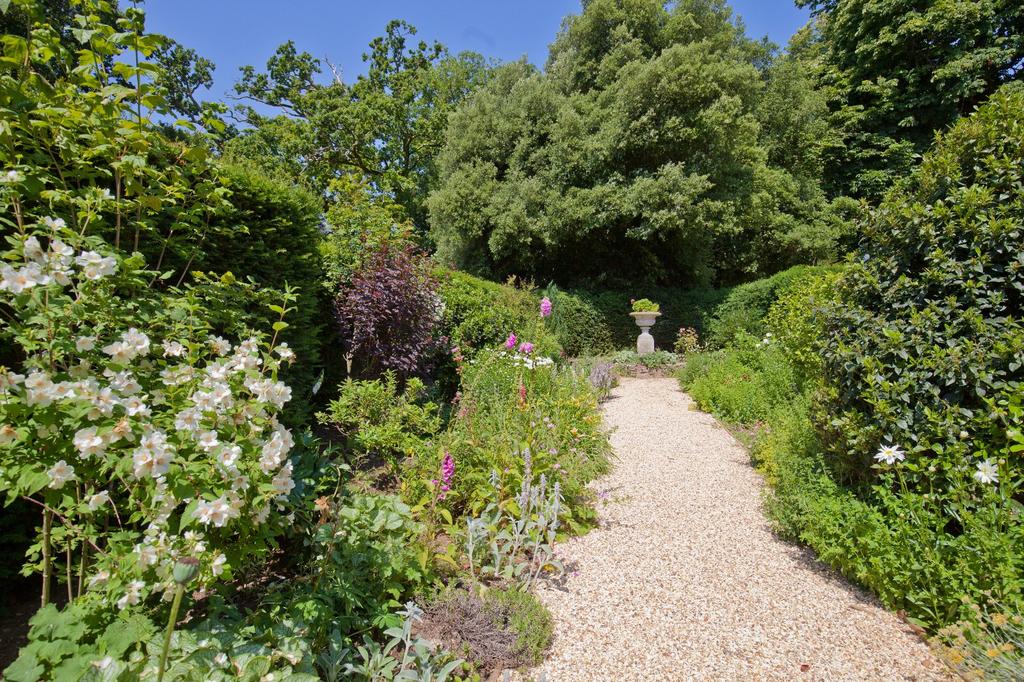 It’s a house that really is quite something. There are grand reception rooms, 10 bedrooms, six bathrooms and wonderful views over the beautifully landscaped gardens, paddocks and surrounding parkland. It comes with three cottages, an outdoor swimming pool, a tennis court, outbuildings and barns.

Blissamore is for sale via Savills at £9.5m — see more pictures and details.