The reputation of Bruton is growing and growing, says Madeleine Silver, as a new hotel opens in the area that sits in the heart of a huge estate.

It was 2012 when South African businessman Koos Bekker and his wife, Karen Roos, spotted Grade II-listed Hadspen House for sale in the pages of Country Life.

‘Having grown up reading Beatrix Potter and Enid Blyton, I’ve always been captivated by the English countryside,’ says Miss Roos.

‘I fell in love with the rolling hills of Somerset, together with its cider, hearty food and community of creatives.’ Fast forward seven years and the former home of the Hobhouse family, set between Bruton and Castle Cary, has been transformed into The Newt in Somerset. The unfathomably elaborate project, set across 300 acres, opened this summer.

Mr Bekker and Miss Roos have form. Their South African venture Babylonstoren has been heralded as the Cape Winelands’ most extraordinary hotel — and no less attention has been paid to their Somerset endeavour. As well as the 23-bedroom hotel (with rooms in the Georgian house, as well as the stables and granary), spa, gym and restaurants, there’s a cider press and cellar. It’s the grounds that are the showstopper, however, with a Baroque maze, Victorian fragrance garden, cottage garden and the parabola walled garden with 9ft walls and 267 varieties of apple trees.

Since the restaurant At the Chapel opened in Bruton in 2008, followed by the fashionable gallery and restaurant by Hauser & Wirth in 2014, there’s been a surge of interest in this corner of Somerset — and agents are expecting The Newt to stoke the fire further, with one dubbing it the ‘new Notting Hill’.

‘All these things contribute to heighten the profile of an area,’ says Tom Stourton of property-search consultancy Barker Stourton. ‘As soon as someone semi-famous or with a bit of a profile starts moving to an area then others follow — and that does affect the mid-to-upper market.’

Mr Stourton’s clients, often moving from London to set up full time, rather than weekending, tend to be looking for a farmhouse with a few acres and outbuildings either in or on the edge of a nice village.

‘There’s a real lack of stock because of Brexit and so when something good comes to the market, there’s often a scrap for it,’ he says.

‘The majority of our clients are already here in rented property waiting to pounce.’

For Simon Barker at Knight Frank in Sherborne, the ‘Bruton bubble’ extends to a five- to eight-mile radius, with Batcombe and North and South Brewham in particularly high demand. As well as selling to London families lured by the good schools (King’s Bruton, Bruton School for Girls and the State boarding school Sexey’s), he’s had a flurry of pop and film stars on his books.

‘A lot of London money has come down and prices have gone up,’ says Mr Barker, who sells the bulk of his properties in the area for between £1 million and £1.5 million.

‘The impact that At the Chapel, Hauser & Wirth and Babington House have had on the area hasn’t dried up yet, and we’re convinced that The Newt will add to it.’

Cathy Morris Adams at Lodestone in Bruton, says that although the ‘trendy vibe’ wasn’t there when she arrived in the area 27 years ago, the town has always been a hub for creative types.

‘There’s always been interest, but the prices didn’t really hike up until At the Chapel opened and started to put Bruton on the map,’ she says.

‘And Castle Cary has always been popular because it’s so pretty, with its gorgeous honey-coloured stone. It also has the mainline train station that goes to Paddington in just under two hours, which means there are a lot of people who live around here who commute to London a few days a week.’

For those who take the plunge and wave goodbye to the commute altogether, The Newt offers another slice of sophistication amid the rolling Somerset hills. It’s a place that champions its surroundings.

‘If you come to visit us in Somerset, you should eat, drink and breathe this county,’ concludes Miss Roos. ‘It is the most beautiful and authentic in England — at least in my eyes.’

What to buy in and around Bruton 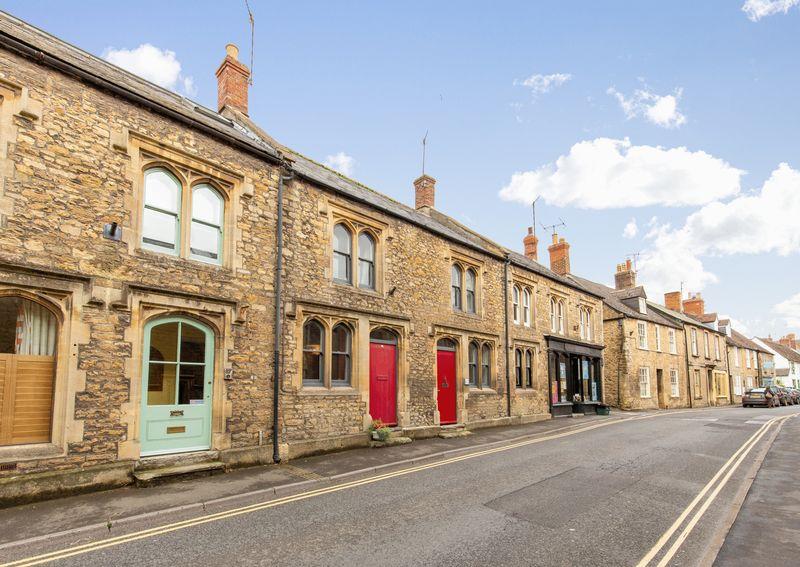 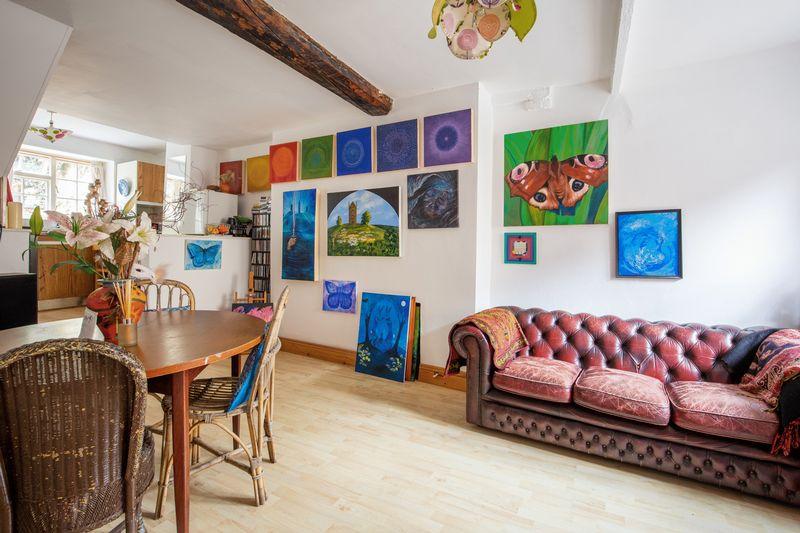 Totally charming, and with a lovely walled garden that you’d never know was there from the front.
For sale at £365,000 via Lodestone. 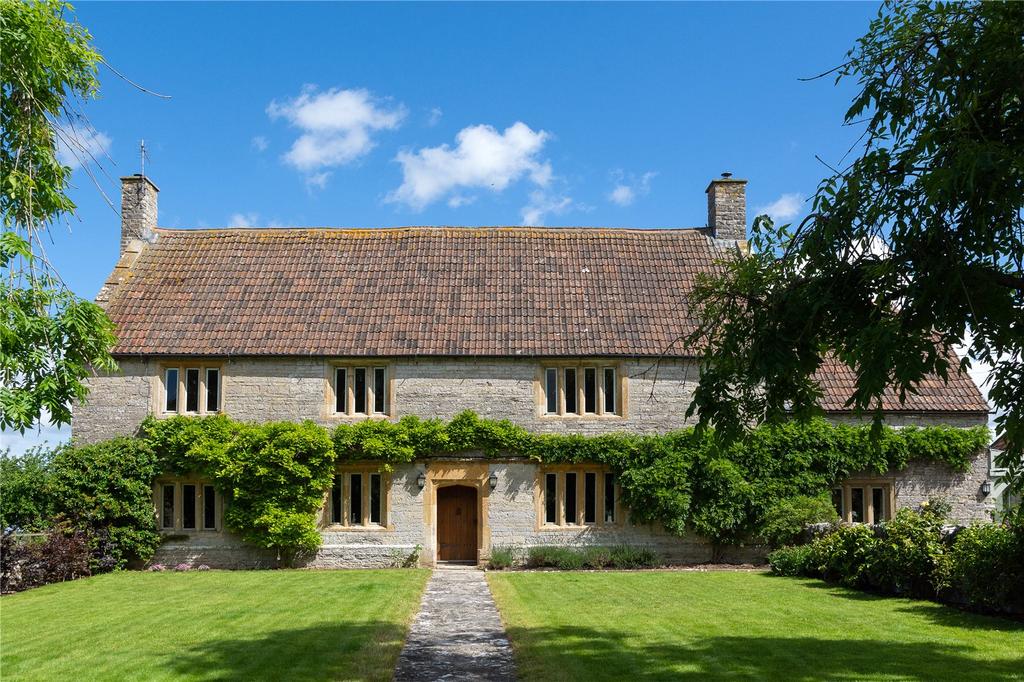 Set in dairy farming country, Manor Farm is a Grade II-listed former farmhouse in the hamlet of South Barrow. It has five bedrooms with a fireplace in the master bedroom and a drawing room with a beamed ceiling. 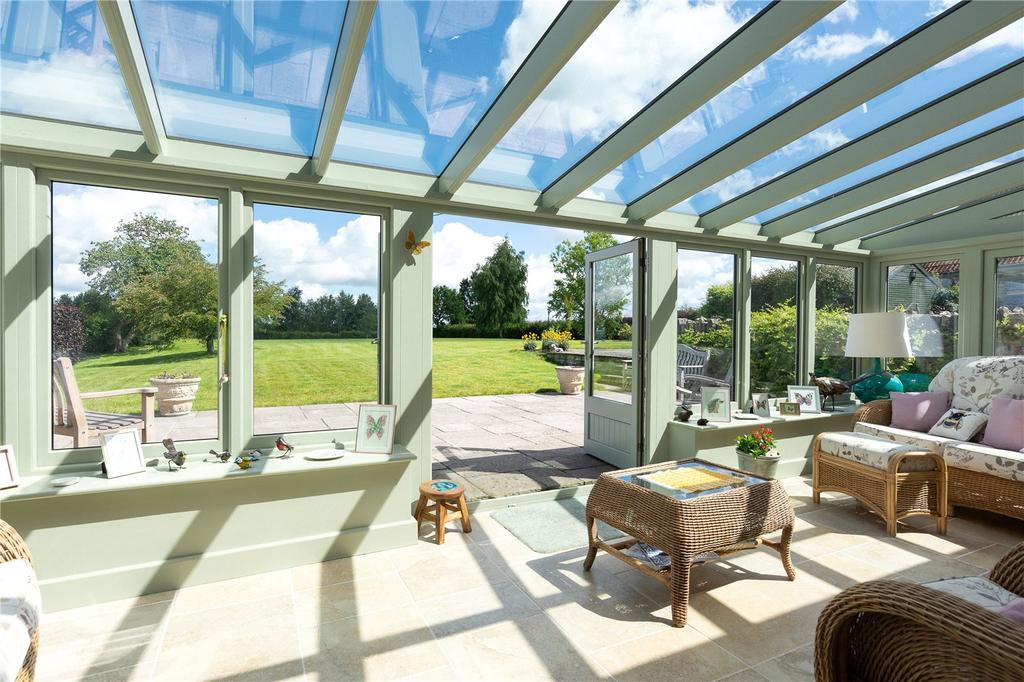 There’s is also a recently-added garden room with a stone-tiled floor and views over the garden and countryside beyond.
For sale at £895,000 through Jackson-Stops. 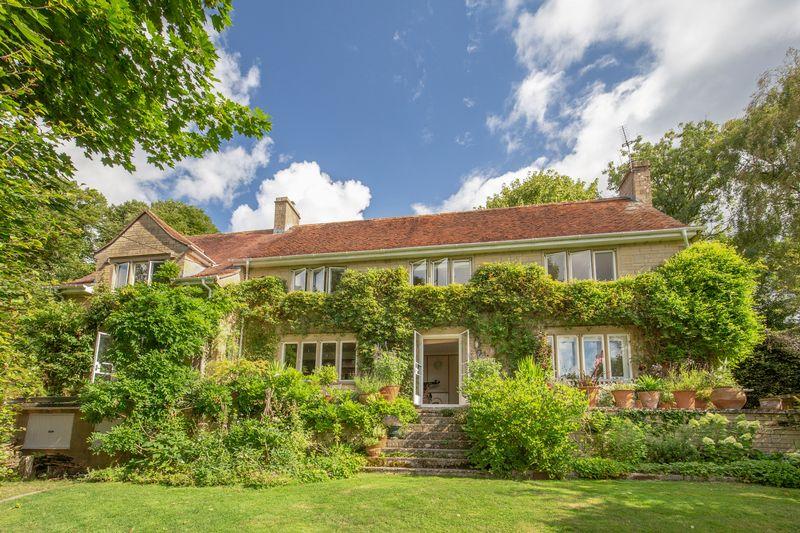 The four-bedroom home on the edge of Batcombe is irresistible, clad as it is with ivy for that Sleeping Beauty vibe, and boasting a kitchen-diner with a glorious wood floor. There are also views — spectacular views — across the countryside. 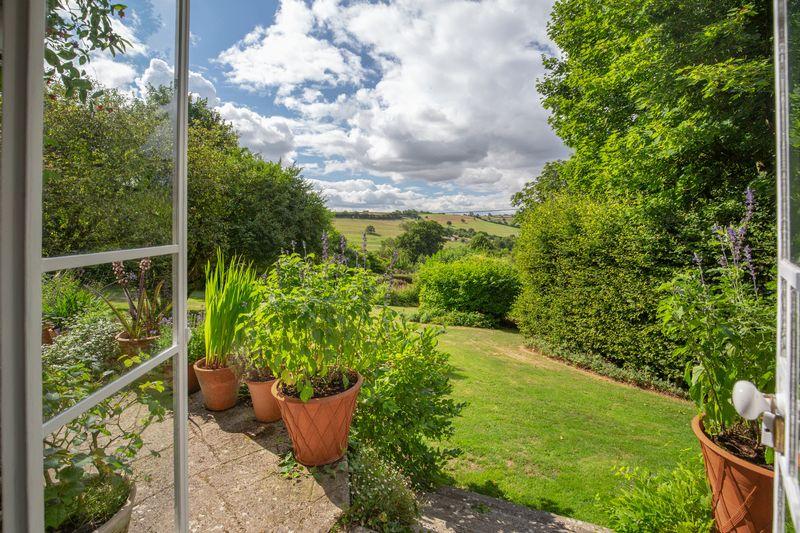 The agents, Lodestone, are only too well-aware of the appeal of the location, noting that ‘the new “Notting Hill” also known as Bruton’ is only five miles away.
For sale at £1,000,000 through Lodestone.