Buying a house with an agricultural tie — also known as an Agricultural Occupancy Condition, or AOC — is something of a minefield.

The terms of an agricultural tie can be daunting. They usually require that ‘the occupation of the property is limited to a person solely or mainly employed, or last employed, in the locality in agriculture as defined in Section 290(i) of the Town and Country Planning Act 1971, or in forestry (including any dependents of such a person residing with him) or a widow or widower of such a person’. So it would be possible to comply with the tie if a would-be purchaser had previously worked in agriculture or has been married to someone who was.

Properties with such a tie can, of course, be difficult to sell. ‘People are naturally put off when they discover a property has an agricultural tie. It’s an instant barrier,’ Winkworth’s Chris Baker told Country Life when we investigated the issue a few years ago. ‘Potential buyers are scared because they don’t understand it or what it entails.’

The properties are rarely large and the tie will have been made as a condition when planning permission was given to build a home on agricultural land.  The up-side, for buyers, is in the price tag. The properties in question often sell at a discount: although there’s unlikely to be a reduction in price for an agricultural property with extensive acreage, there could be discounts of up to 30% for anything under 100 acres. ‘The amount of discount depends on how much land is with it,’ said David Cross, director of Savills’ Salisbury office. ‘The smaller the amount of land, the greater the discount.’

This beautiful five-bedroom farmhouse in Wales, for example, comes with 68 acres of land but is for sale at just £750,000 — some £250,000 less than this same price as this nearby four-bedroom home with 64 acres. 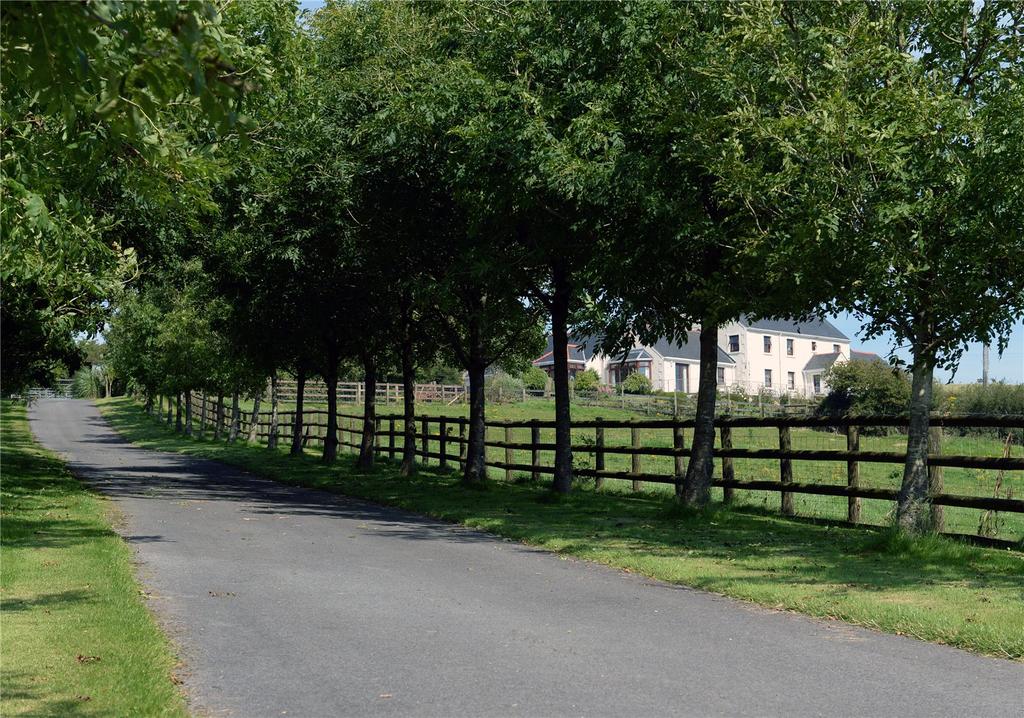 Kevin Prince, then of Strutt & Parker’s Salisbury office but now with Adkin, added: ‘Over the past 10 years, we have found that, due to the shortage of good properties with more than 100 acres, having an agricultural tie with this amount of land doesn’t affect the price. It’s once you get below 20-30 acres that it becomes an issue.’

It’s not all doom, however — it is possible to get the tie lifted, if you can prove that no one has been working in agriculture for the past 10 years. If the council agrees, it will issue a ‘certificate of lawfulness’, which means you’re no longer in breach of the condition. However, if it’s discovered you’re in breach before that time, you can be fined.

The tie could also be lifted if you’re selling the property and can demonstrate that there’s no longer any requirement for agricultural work on the holding and that there have been no prospective purchasers over a specified time limit, agreed with the council.

Another option may be to see if the council will accept other uses as fulfilling the tie. According to Mr Prince, planning-policy guidance has become much friendlier to horses: ‘Councils are increasingly prepared to extend an agricultural tie to equestrian use.’

With that in mind, however, vendors are savvy. This pretty farmhouse for sale in Somerset at just £450,000, for example, contains the following line in the listing: ‘Should planning permission be obtained for non-agricultural/equestrian use on the land the vendors or their successors will be entitled to 30% of the resulting uplift in value for a period of 50 years.’

An earlier version of this article appeared in Country Life in 2010.