Curves have always had allure, with our homes as with everything else, as Nicola Venning explains.

From Stonehenge to Zaha Hadid’s creations, rounded buildings delight and fascinate in equal measure and often make for distinctive homes. ‘They’re easy on the eye and we’re instinctively drawn to the curved shape, which occurs naturally, so curved buildings appeal to property buyers,’ believes James Greenwood of Stacks Property Search. Indeed, converted windmills, towers and oasthouses ‘always attract a lot of interest and tend to sell easily,’ he adds.

Millway Tower, in Upper Oddington, near Stow-on-the-Wold in Gloucestershire, is believed to have been a 14th-century sawmill, but is now a mellow brick cylinder of light and space, with an abundance of period, curvaceous charm. ‘I love it because it is unique and quirky,’ says Carl Barnard, who converted what was a glorified ruin in 2007. From the master bedroom at the top of the tower, the space spirals down ‘like a corkscrew, becoming larger and larger as it flows to the extended living areas’.

The tower, which is on the market with Knight Frank for £2 million, includes a ground-floor, fan-shaped extension with garage, three further bedrooms and a living room opening onto a raised lawn. ‘The architect and I wanted a curved extension to complement the original round building,’ says Mr Barnard. 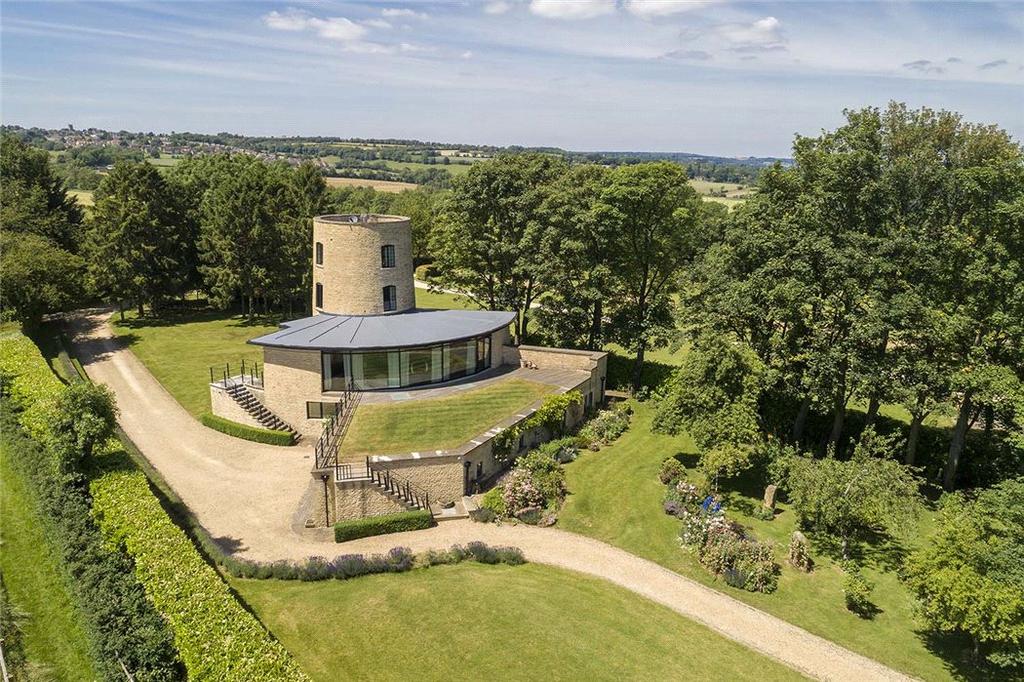 The hub of the house is the large family kitchen on the first floor, which had to be built to accommodate the original round walls. One of the downsides to circular homes, Mr Barnard adds, are the higher costs.

The bespoke curved kitchen, which has rounded cupboards and kitchen island, was ‘much more expensive than if it had been in an ordinary building’ and, in general, the renovation bill was at least 25% higher. 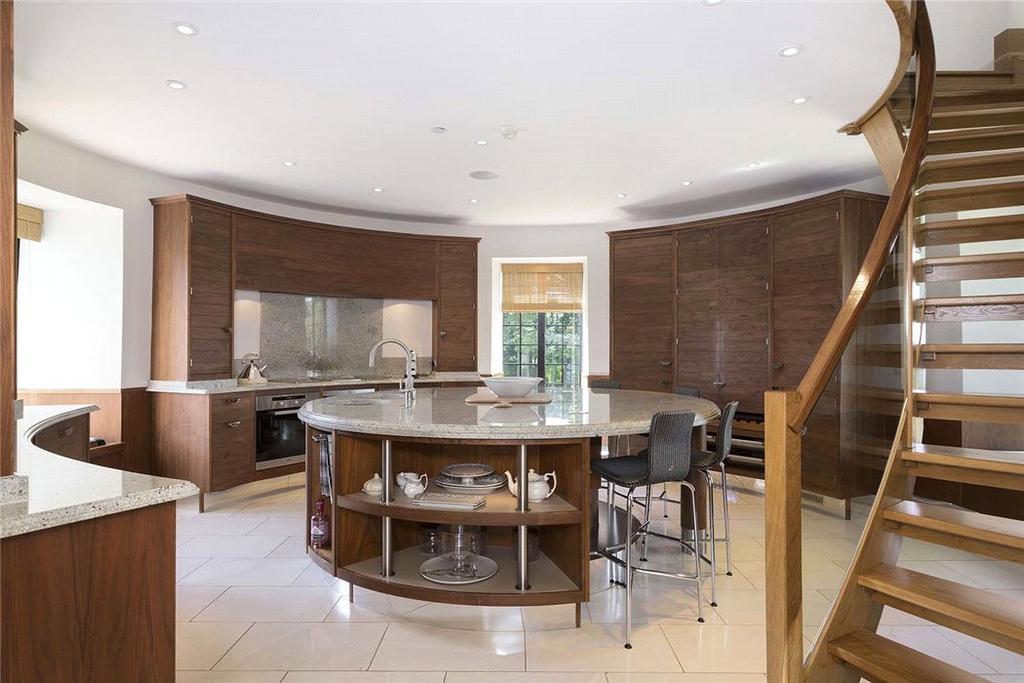 Nevertheless, despite their challenges and expense, curved buildings have considerable cachet. The Georgian city of Bath is famous for its architecture, much of which defies sharp angles. The Circus (which was designed along mathematically similar lines to Stonehenge), is a gracious circle of large Regency townhouses and one of the most celebrated examples of Georgian symmetry in Britain. A four/five-bedroom apartment is currently for sale in Somerset Place, a honey-coloured, 18th-century crescent, at £1.75 million through Knight Frank. 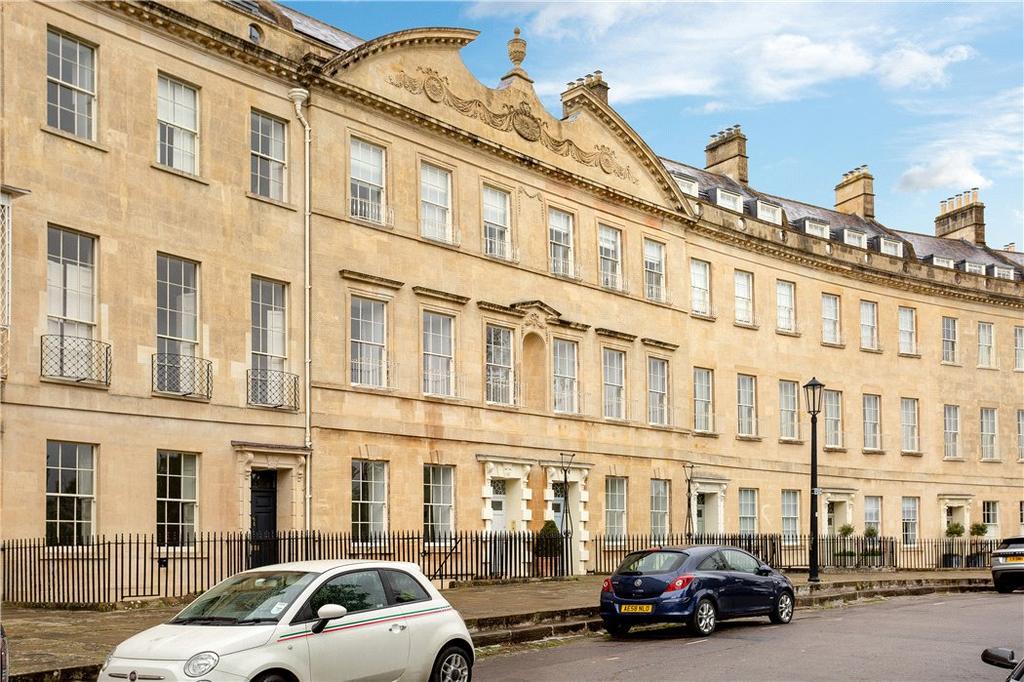 Love for the round is not restricted to the Georgians, but can be found throughout architectural history. The Art Deco period was an exuberant mix of lines and arches, as illustrated in the former Nestlé factory in Hayes, Middlesex. The building and site are being redeveloped as Hayes Village, a collection of 1,386 new homes by Barratt, which will be built over the next seven years.

The original bay-meets-rectangle façade of the main building has been retained and will become a focal point within the redevelopment, alongside a new park and a reopened canalside walk. Hayes Village is a 10-minute walk from Hayes & Harlington station, which will be a stop on the Elizabeth Line (Crossrail) when it opens. One-bedroom apartments start from £325,000.

Modern architecture, harnessing all the ‘can-do’ attitude of contemporary building techniques, frequently delivers homes where the curves are as surprising as they are spectacular. ‘Architects are using curves with increasing frequency, usually as an element to a property,’ says Mr Greenwood.

This is particularly apparent in London, where One Blackfriars, the apartment tower informally known as The Vase due to its curved asymmetrical shape; iconic Gasholders, the striking reinvention of two former gasometers at King’s Cross; and Riverwalk, two apartment blocks in Westminster with distinctive rippling and wavy exteriors, are all striking examples.

The latter’s façades of gently interlocking undulations take their inspiration from the sinuous River Thames, which they overlook. Designed by award-winning architects Stanton Williams, only one apartment out of the original 116 is available, at £2.5 million through Savills. It seems that, as with life, so with buildings — curves never lose their appeal.

Recorded in the Doomsday book, artefacts found on the property (now in the British Museum) date this estate even earlier,