The area in and around the Teme Valley is full of spectacular views and beautiful homes, as the lovely places on this page demonstrate.

Is there a prettier town name in England than Shelsley Beauchamp? Or one that would make a better tongue-twister, come to think of it?

The name might be a bit of a mouthful, but there’s nothing complicated about the charms of this beautiful spot in the Worcestershire hills above the Teme Valley. And the houses you can find in this neck of the woods often match the scenery.

Take as an example this lovely home, featured in Country Life this week: Grade II-listed, Georgian Shelsley Grange, set in some 50 acres of elegant gardens, grounds and paddocks. The house was for sale through Andrew Grant and the Telford office of Savills at a guide price of £4m – but between the magazine going to print and hitting the news-stands, it seems a buyer has been found.

It’s not hard to see why. This is a heavenly location, a wooded hillside with distant views of the Malvern and Clee hills, is scattered with remote houses bounded by cherry and apple orchards – a world away from the hustle and bustle of the West Midlands conurbations. 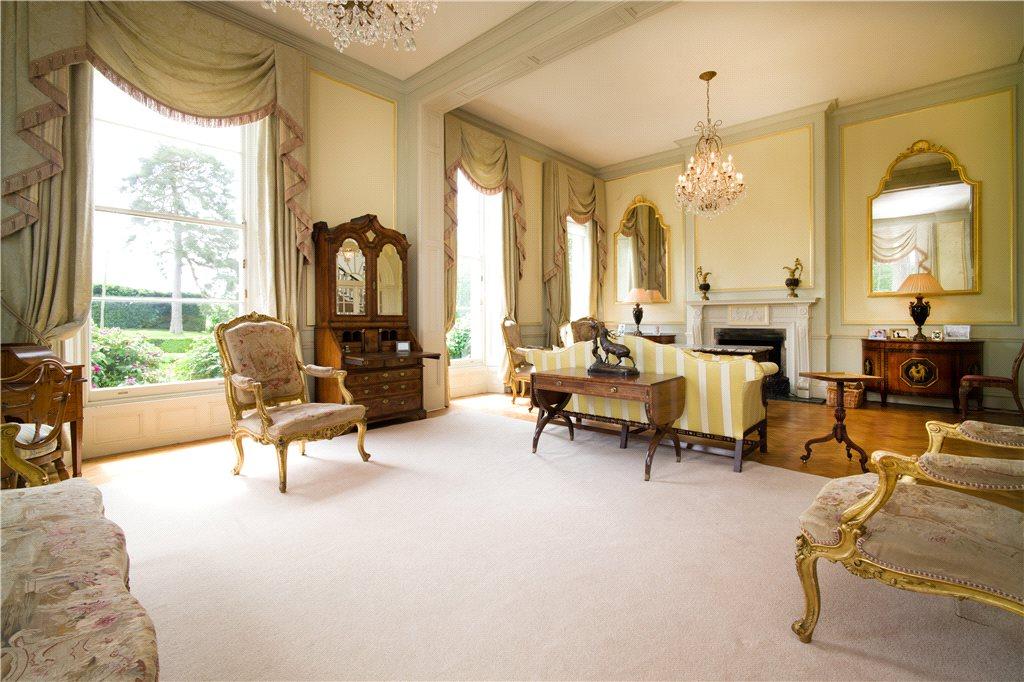 Having bought Shelsley Grange a decade or so ago, the outgoing owners transformed the original mid-19th-century building into a classic country house of charm and grandeur, centred on a formal reception hall with a magnificent cantilevered staircase and four beautifully proportioned reception rooms with full-height, shuttered sash windows, high ceilings and impressive open fireplaces. 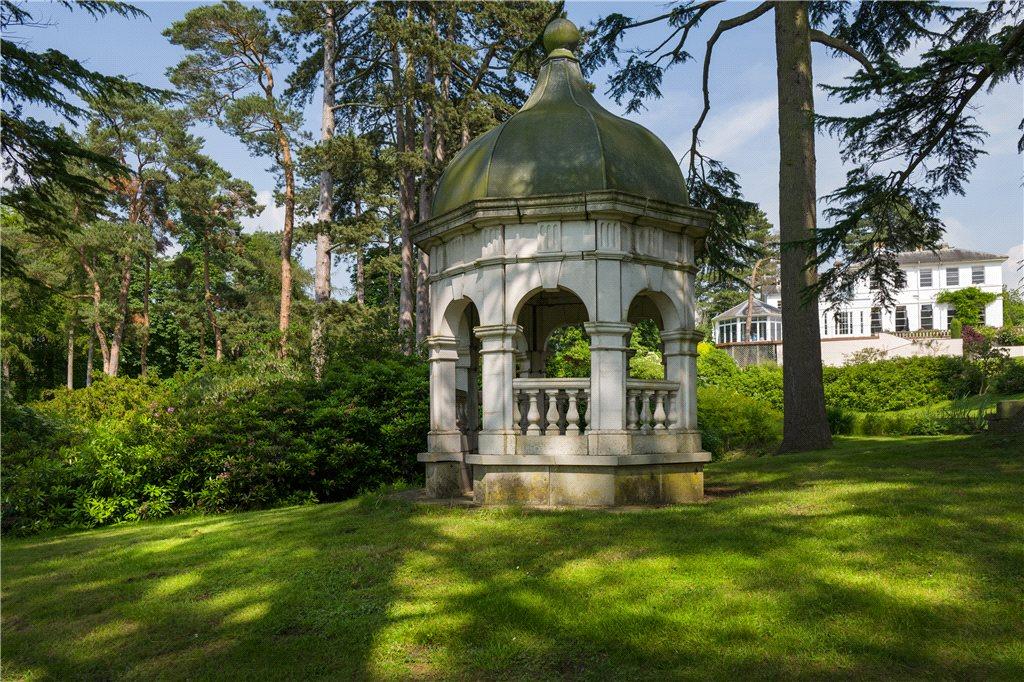 In all, the house offers 10,776sq ft of living space, including five reception rooms, a bespoke SieMatic kitchen, eight bedrooms and an orangery leading to a heated indoor-pool area, refurbished in January. 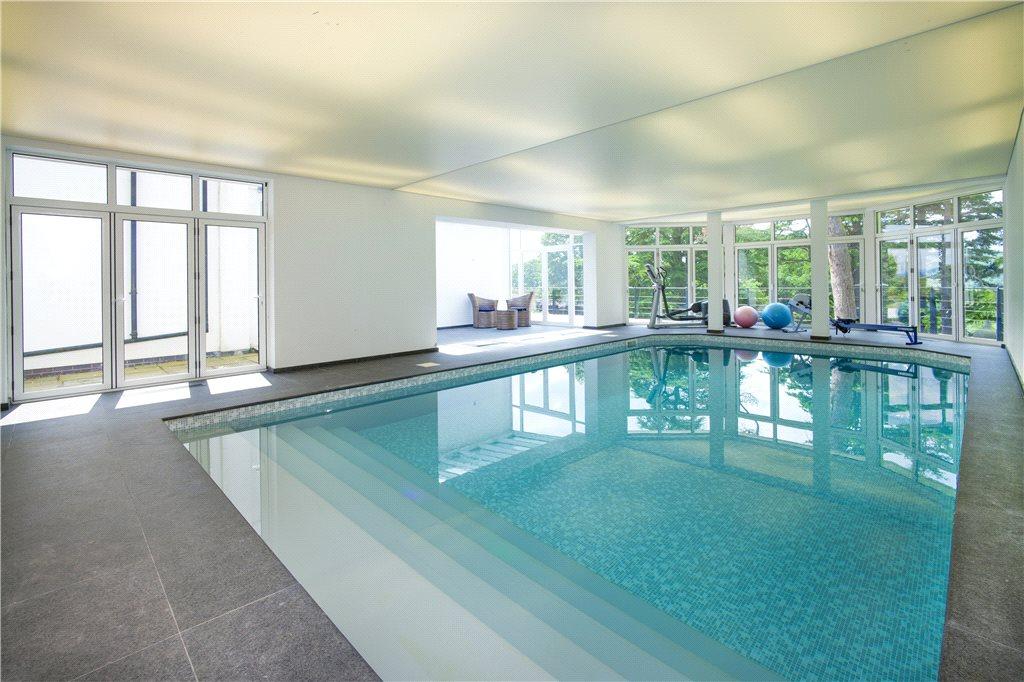 The same meticulous attention to detail is evident in the gardens and grounds and throughout the immaculate equestrian facilities – as befits a top-class competition yard that produced a four-star event horse to successfully complete Badminton Horse Trials earlier this year. 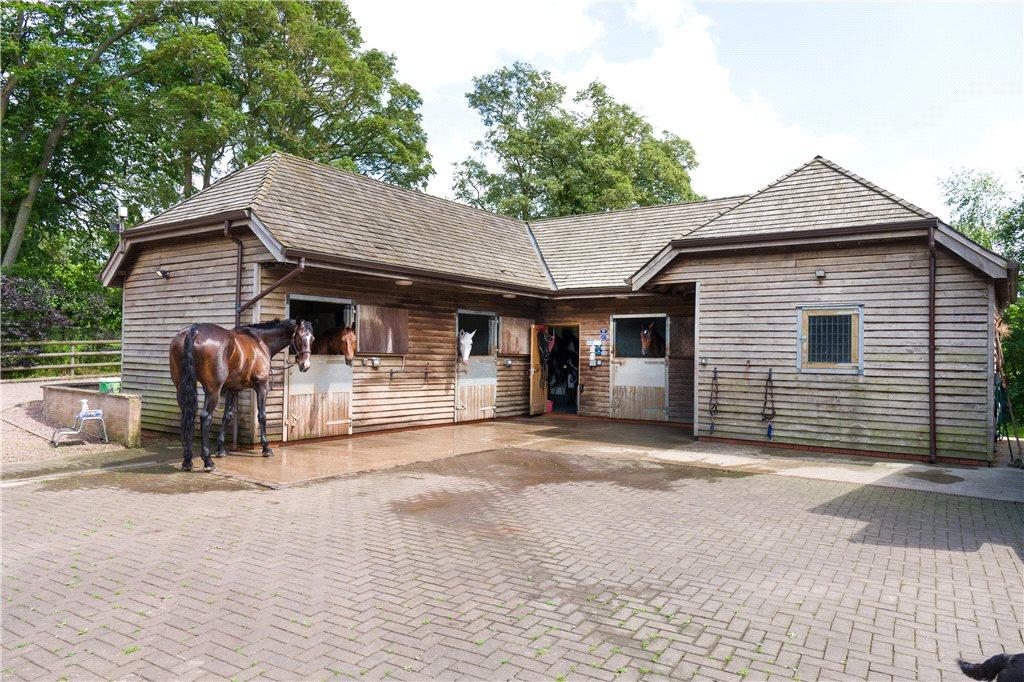 Though Shelsley Grange has now gone off the market, we found several other delightful homes nearby. The Court at nearby Alfrick, for sale at £1.6 million via Knight Frank, bears more than a passing resemblance, and also has its own equestrian facilities, including a manege, fenced paddocks and two stable blocks. 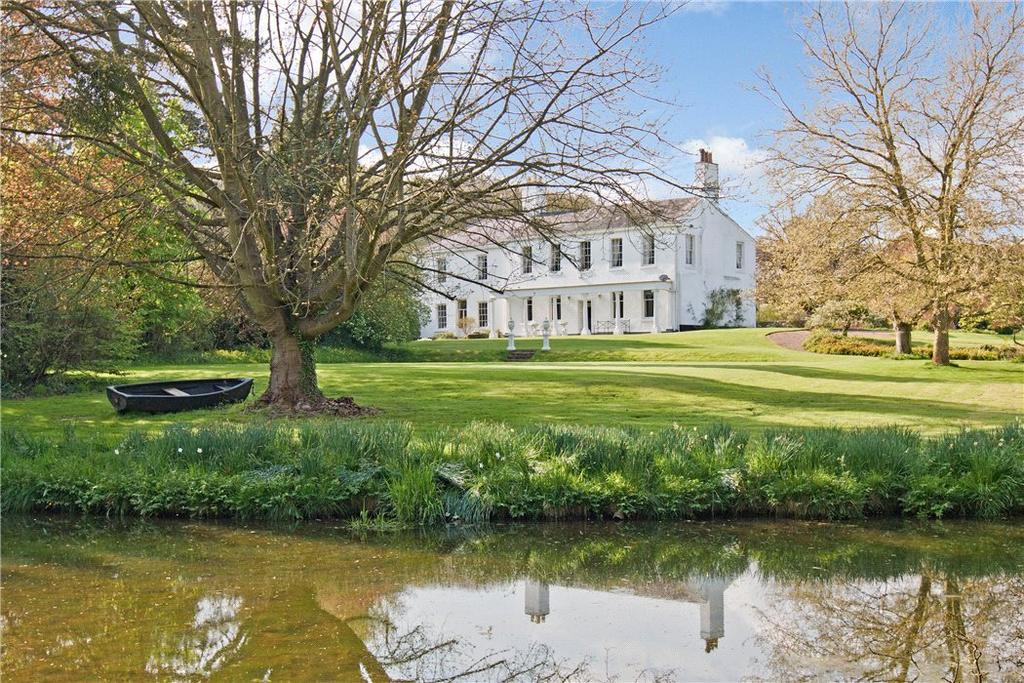 Also in the area is nine-bedroom Orleton House, on the market via Fisher German at £2 million, a splendid country house in just over nine acres with a separate cottage and ‘middle house’, as well as fine grounds and a swimming pool. 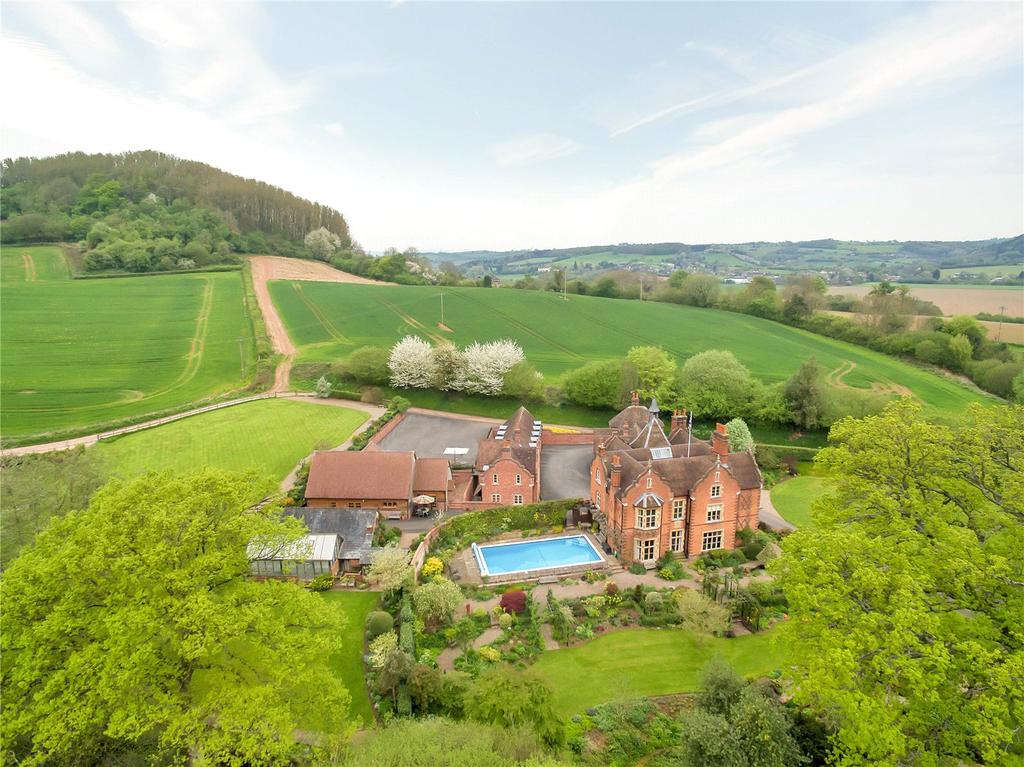 Down the valley in the village of Stockton-on-Teme, Andrew Grant are also handling the sale of at Stockton House £1,595,000. 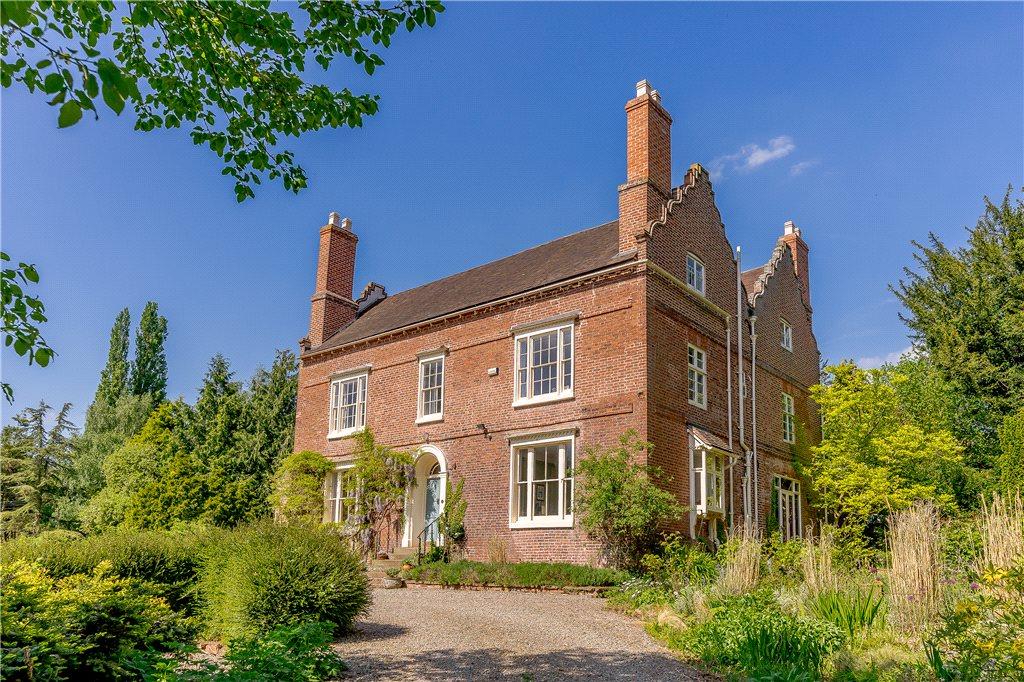 It’s a late 17th century home with nine bedrooms, simply perfectly presented inside and with superb views from the finely-proportioned rooms. 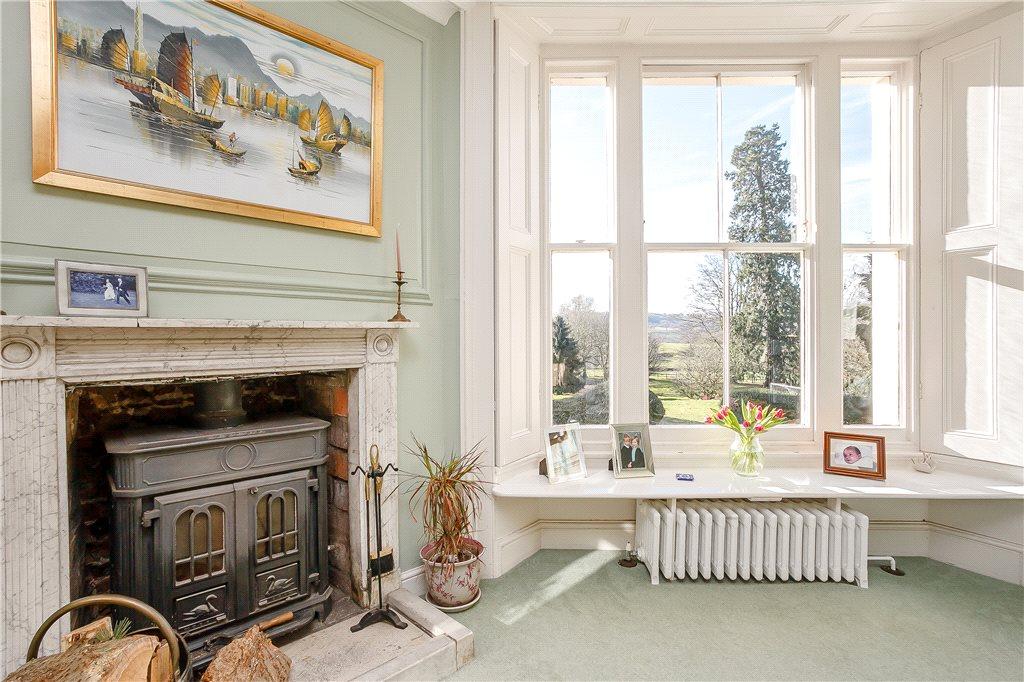