History and literature meet at 15th-century Piteadie Castle, which now needs consolidation and renovation work to return to its former glory.

It’s not for the faint-hearted but, as long as you are brave enough, Piteadie Castle offers a rare opportunity to bring a historic property back to life.

For sale through Savills at £225,000 — less than half the price of your average London home — the building, a Scheduled Monument, is thought to date from the late 15th-century, although it was partly rebuilt in the 17th.

Once, it was a grand and wonderful structure. Now, however, it is a ruin, and needs plenty of work — but at least the artist’s impression shared by the agents shows what it could become: 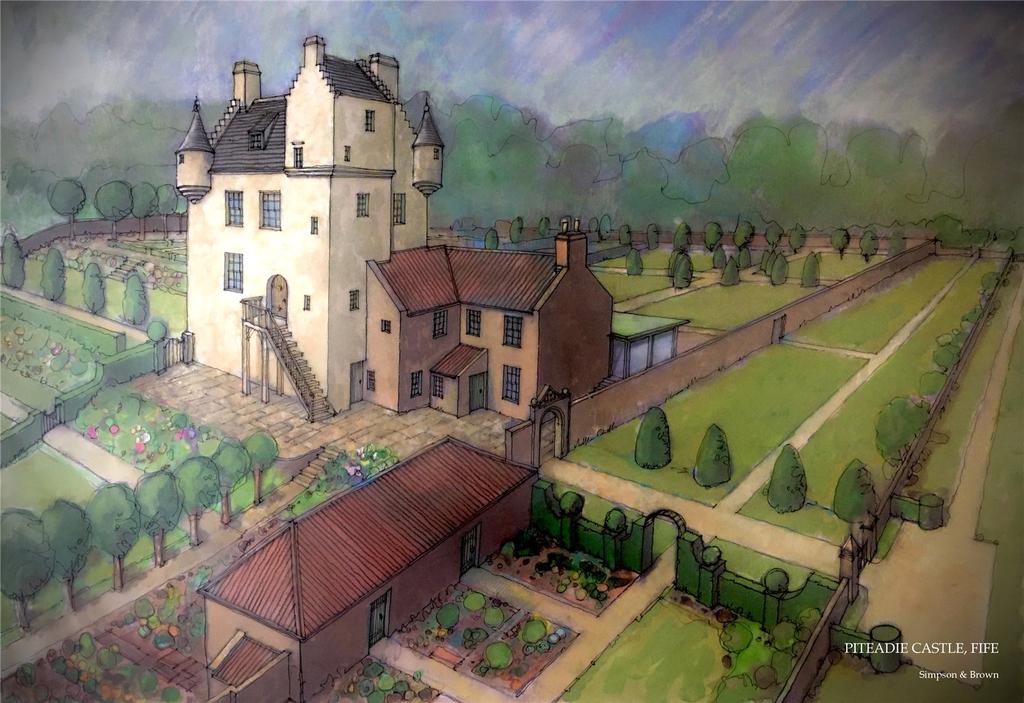 There is some good news: unlike most Scottish castles for sale, the sale could include somewhere lovely to live while you roll your sleeves up: Piteadie House, a lovely country house adjacent to the castle, is available as a separate lot at £975,000.

Set in beautiful countryside near Kirkcaldy and enjoying far-reaching views, Piteadie is not only a slice of Scottish history but also of its literature as it appeared in the late Nigel Tranter’s novel, the Lion’s Whelp, about James II and his protector Alec Lyon, who takes there his new bride, Agnes Crichton.

This was once a mighty, oblong tower, likely built by the Vallance family. It later passed to the Sandilands and, eventually, to the Boswells, who made the 17th century alterations. By 1686, however, it belonged to a William Calderwood, apothecary and burgess of Edinburgh. 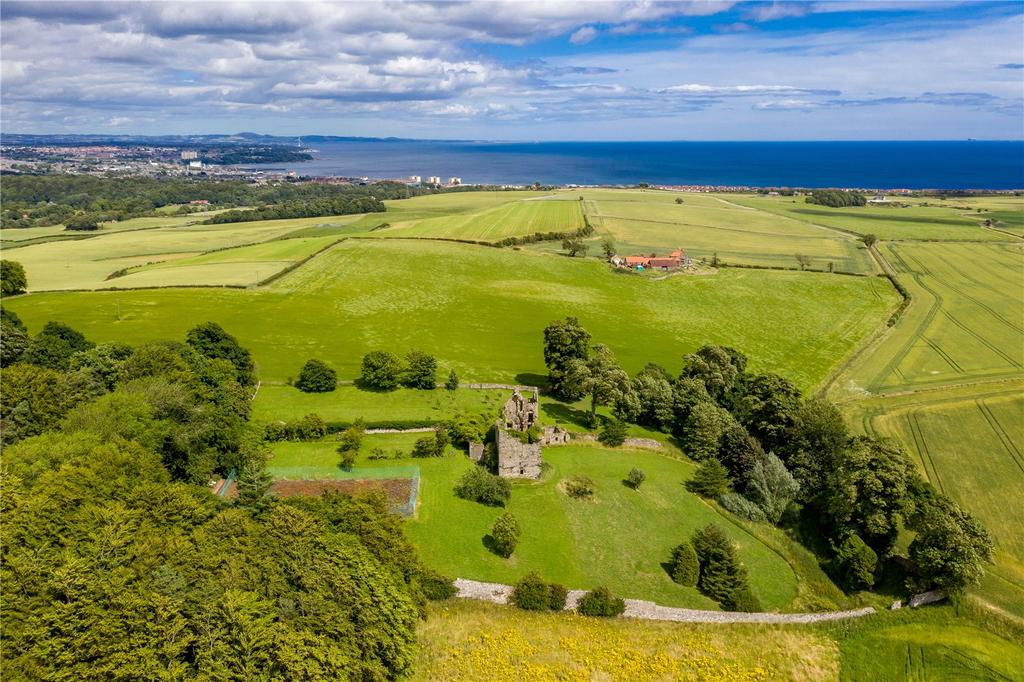 One of the walls still features an arched gateway with a pediment carved with his initials and coat of arms, alongside the date. The family kept the castle until at least 1710, when records show Piteadie belonged to a ‘gentleman of the name of Calderwood’, according to Scotland’s National Records of the Historic Environment.

There’s no doubt that the castle , which comes with a disused tennis court, a stone pavilion and 3.8 acres of grounds, including an orchard, now requires significant but sensitive work, both to consolidate the structure and to turn it back into a home. It has a very competitive price, however and, once revived, however, it would be a property of rare historic and cultural value. 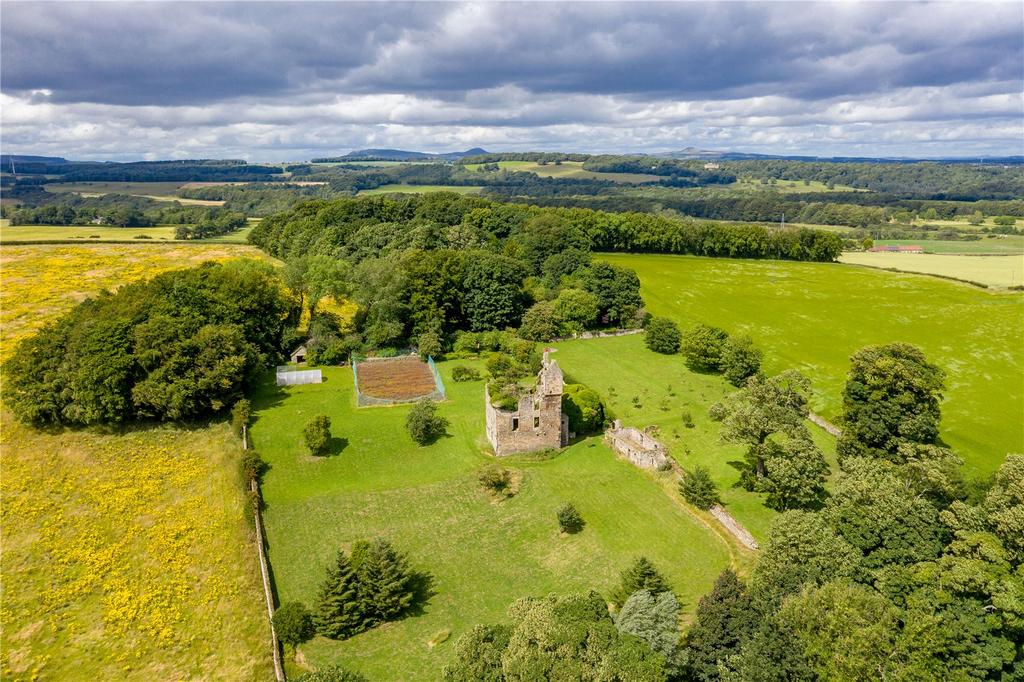 Piteadie Castle is for sale at £225,00 via Savills — see more pictures or enquire with the agent for further details.

Kirkcaldy: What you need to know