Rhyldoldog House offers an incredibly rare opportunity to buy a house once owned by the doyenne of English interiors, Laura Ashley.

In the 1953, a young secretary and her husband trying to make ends meet started a business from home, designing and printing material on their kitchen table in a tiny flat in Pimlico. Within a couple of years the couple had become so successful that he left his day job in the City and they moved out to the countryside.

The couple in question were Laura and Bernard Ashley, whose business became famous across the world. Initially, they had moved from London to Kent, but in the  1960s they decided to move to Wales, where Laura had been born, to bring up their children.

After a spell in Machynlleth — where they initially lived above their new shop — they moved in 1973 to Rhyldoldog House, a Victorian gentleman’s residence built in the Arts-and-Crafts style. The house is now up for sale, priced at £1.8 million, via McCartneys in Builth Wells. 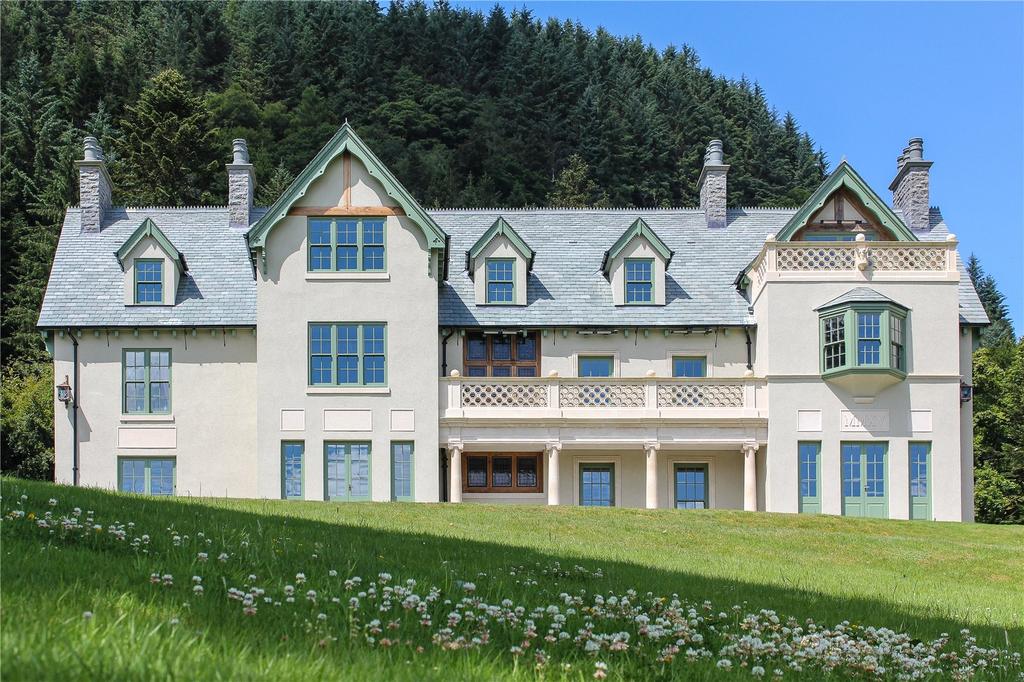 The house sits in the stunningly pretty Elan Valley not far from Rhayader and Llandridnod Wells in the very heart of Wales, roughly half-way between Aberystwyth and Hay-on-Wye. Records suggest that there was probably a house here in medieval times, and while exact details are scant the floorplan as it exists today is a late 19th century creation.

In terms of the house itself, however, it’s very much a modern home. The Ashley family sold up in 2009, and the present owners undertook a major programme of restoration to this splendid place. 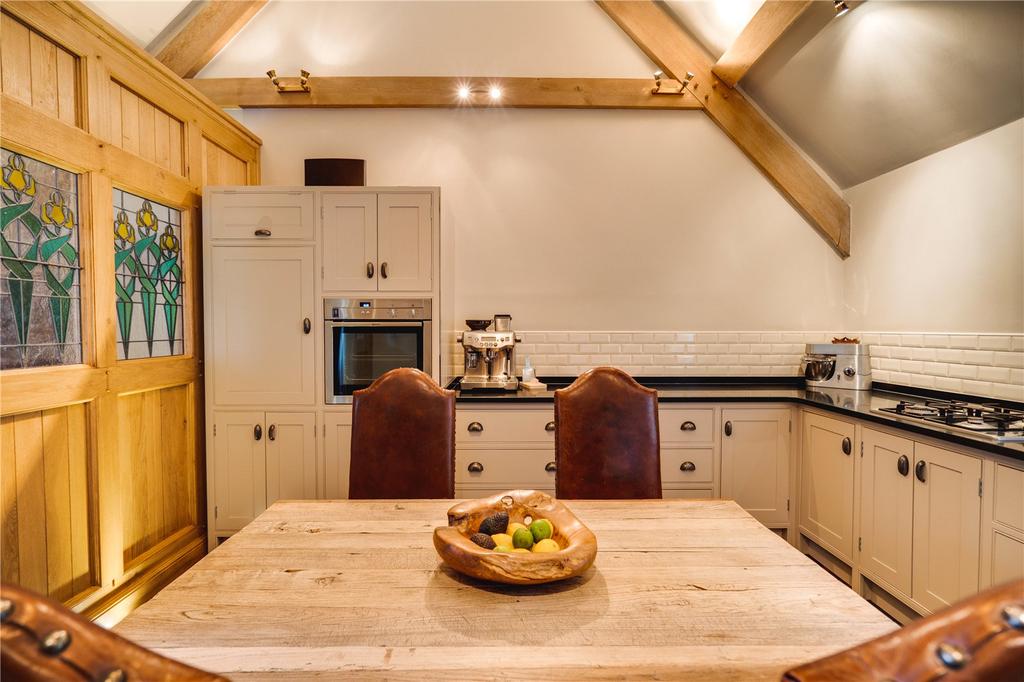 Entering the home via a huge wooden porch stone that leads through to an original stone archway, you come into a building with high ceilings, big windows and beautiful views across the valley. Much of the place has been finished but left largely unadorned, ready for the next owner to come in and make their mark. 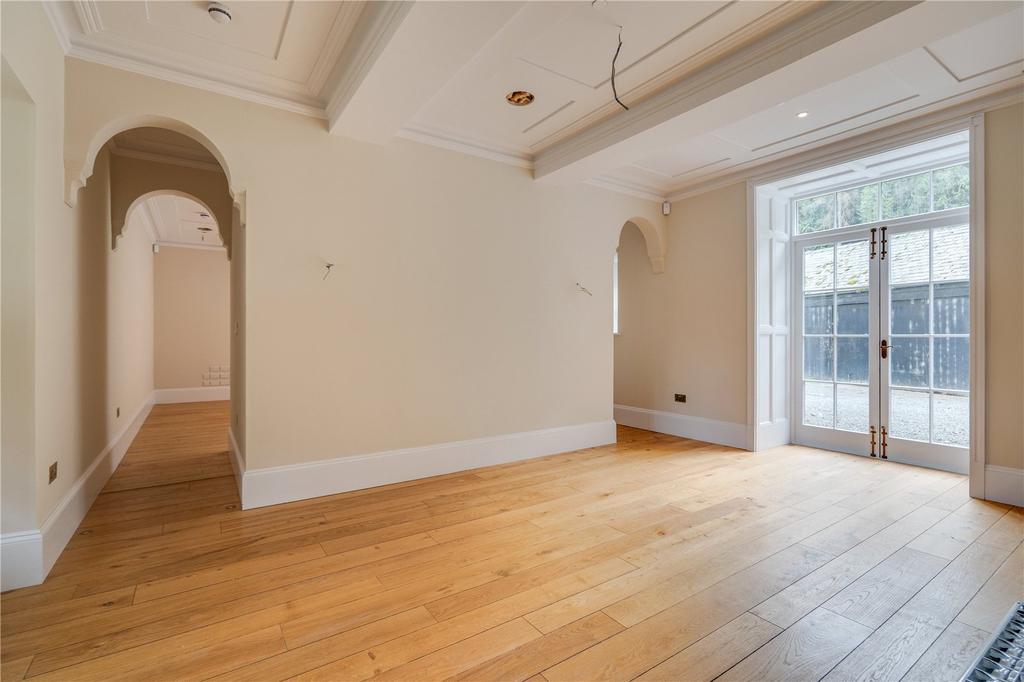 Other rooms such as this bedroom, meanwhile, have been decorated by someone with an eye for bold and confident choices which will give the new owner all sorts of food for thought. 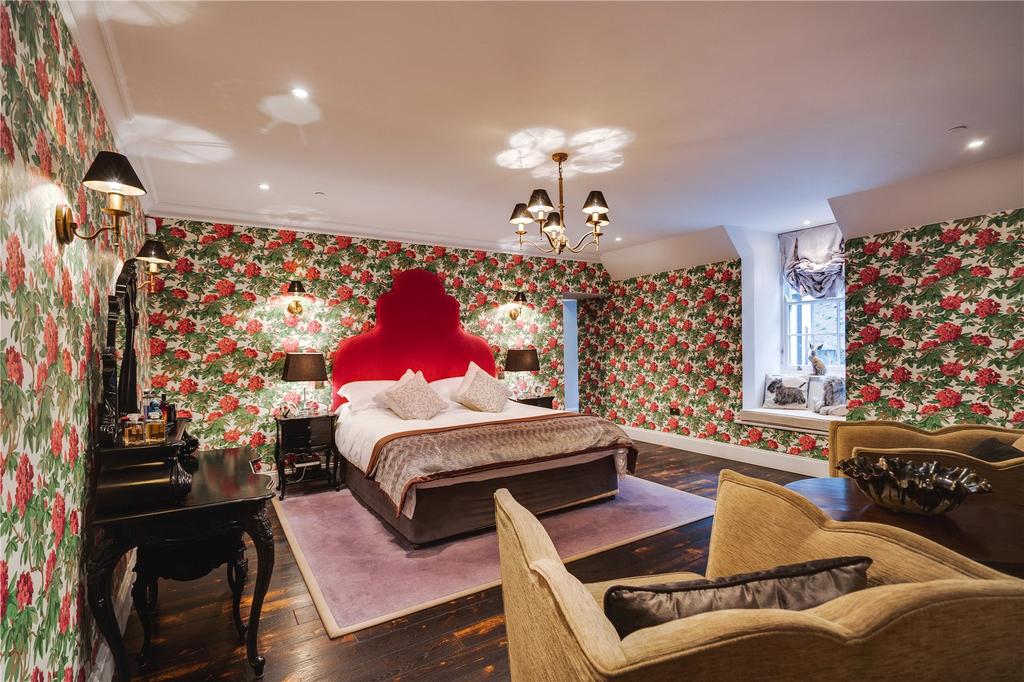 The master bedroom on the first floor has a balcony with patio doors to make the most of the views, patio doors and windows which open out to breathtaking views down the valley. 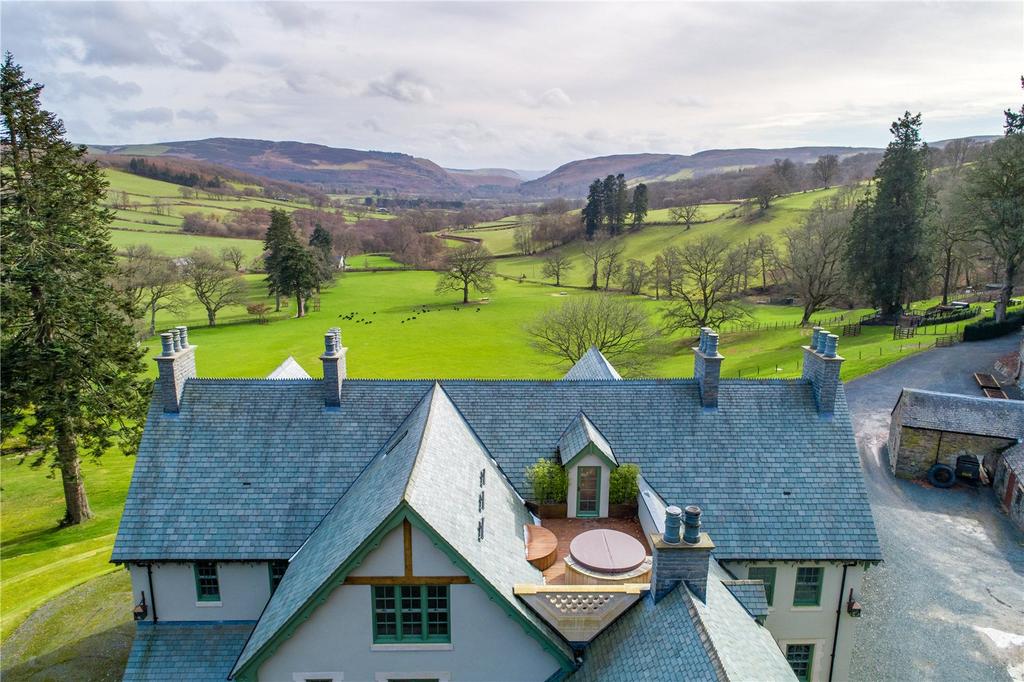 At the moment the main staircase has been removed — the idea being to replace it and put in a leaded glass feature wall at the same time — but the secondary staircase now leads above. Keep climbing the stairs beyond the second floor and you’ll reach a roof terrace with outdoor heaters and a hot tub. 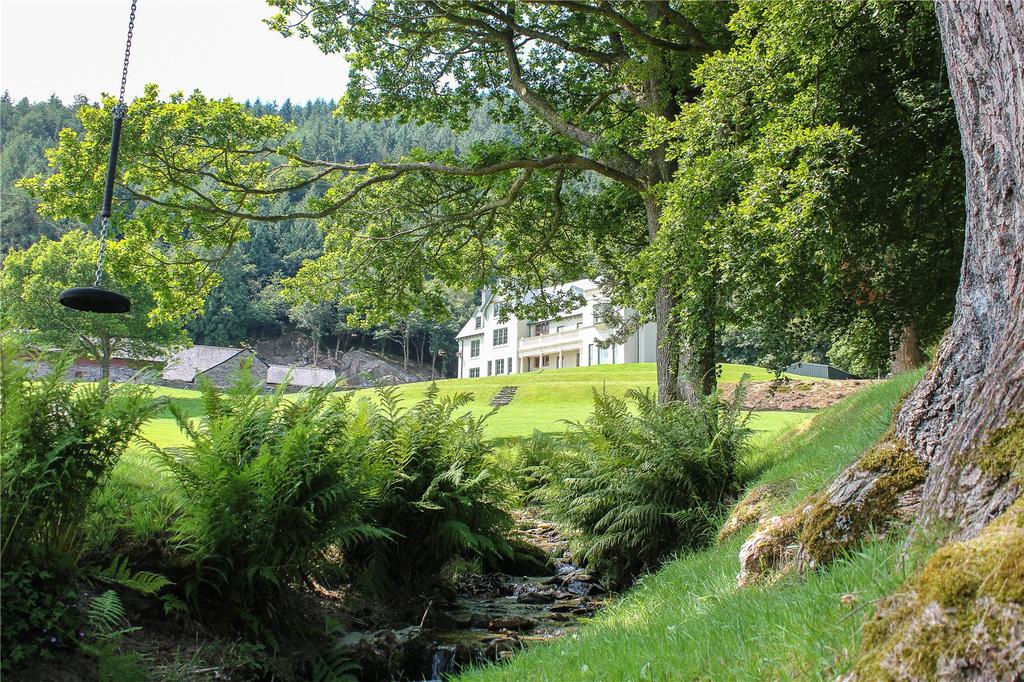 Beyond the main house there is 13 acres of gardens and grassland and a further 33 acres of woodland, home to owls, kites and falcons. There are also a number of outbuildings which could (subject to the usual planning consents) be converted into more accommodation or an office. 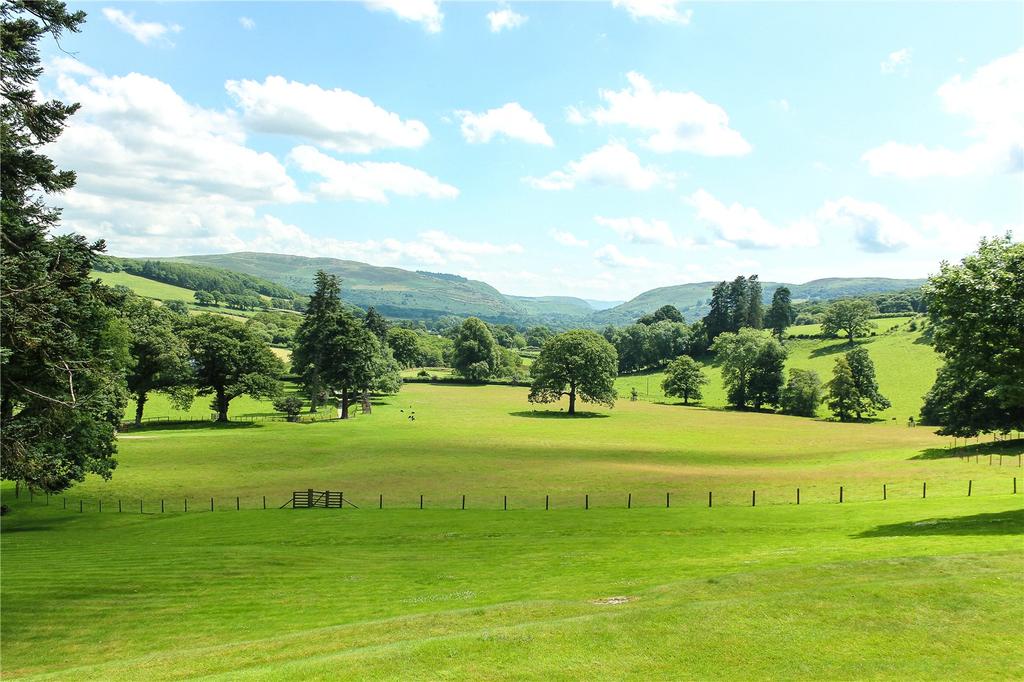 The present owners have also relocated cables underground to allow for a helicopter landing area. If you think it’s far-fetched? Well, Laura and Bernard Ashley ended up with a yacht and a private jet, so there’s no reason at all why the next owner of Rhyldoldog shouldn’t commute via air.

Rhyldoldog House is for sale at £1.8 million via McCartneys and Fine & Country — see more details and pictures. 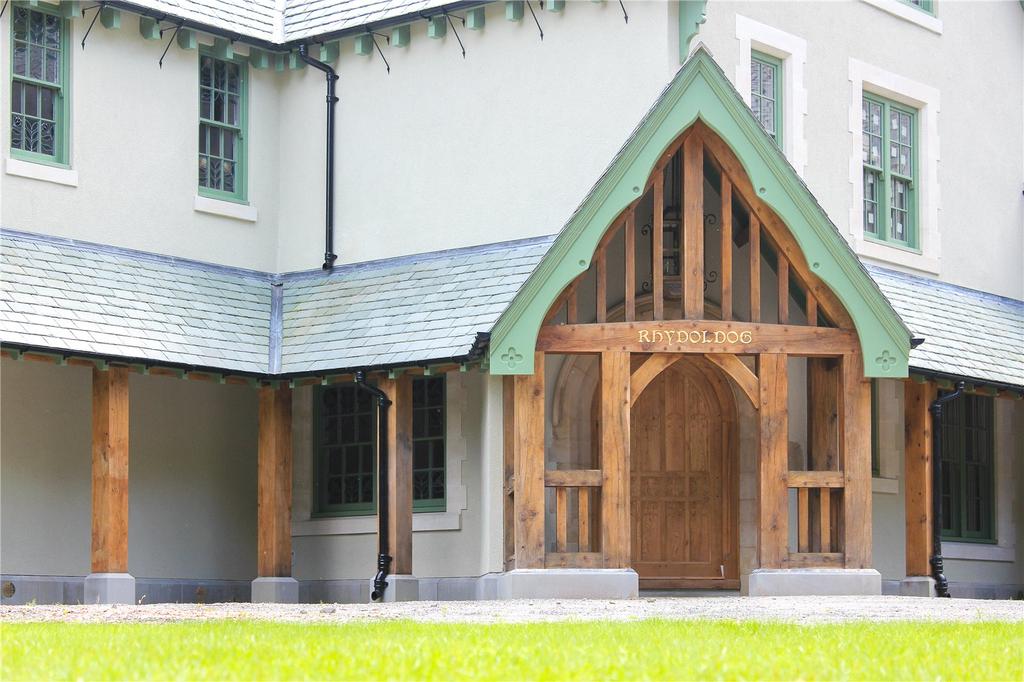 Why is there no British equivalent of Martha Stewart? Because we simply don't like being told what to do, argues

Sheep-shearers are a dying breed, but Ashley Story relishes the back-breaking work. He spoke to Tessa Waugh; portraits by Richard