Newport House is an impressive beautifully refurbished listed Georgian country house with fine gardens at the heart of an idyllic country estate.

In her intimate and entertaining pocket history Newport House: Its Past & Its People, garden historian Kate Felus tells the story of ‘a small country house, which has been tucked away, minding its own business in this quiet part of Herefordshire for almost exactly 300 years. It has never been visited by monarchs, or been home to prime ministers; it is not associated with important architects. But nonetheless it has a tale to tell’.

That tale is the realisation of one Frenchwoman’s dream of bringing up her family in the English countryside, despite never having lived in the UK, although her mother was English. Now, following the family’s decision to move to Switzerland, the classic, Grade II-listed, Georgian country house, with its cottages, farmhouses and estate buildings set in some 427 acres of parkland, paddocks, pasture and ancient woodland, is for sale as a whole, at a guide price of £10 million through Knight Frank (020–7861 1440). 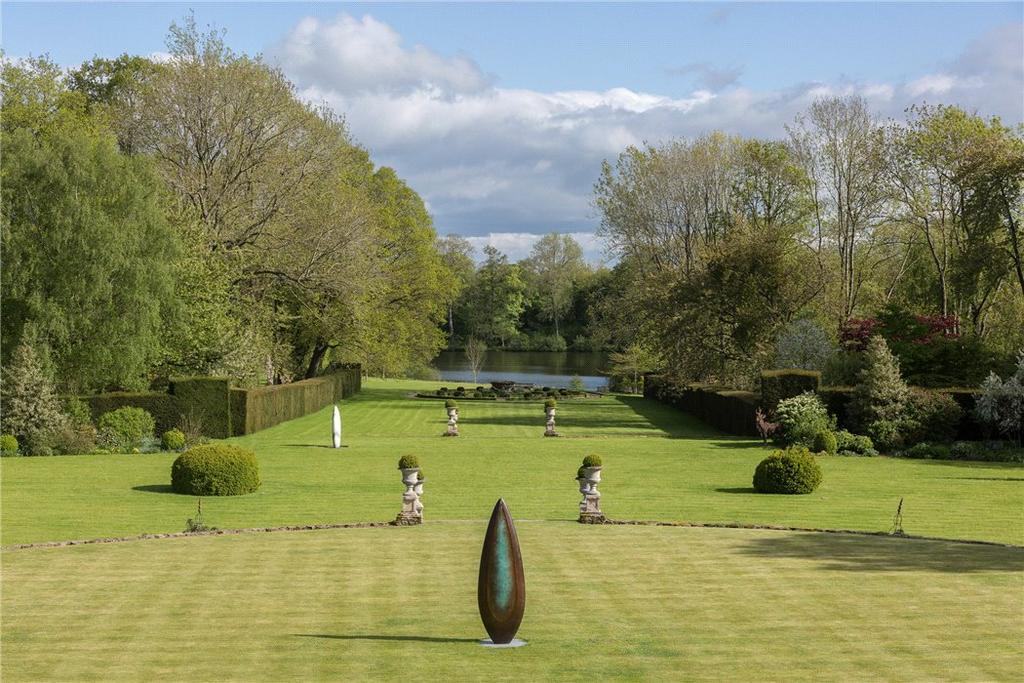 Newport House stands in a blissfully secluded corner of Herefordshire, close to the Wye valley and the distant Black Mountains, a mile from the pretty village of Almeley, 15 miles from Hereford and 12 miles from the Welsh border town of Hay-on-Wye. The first visual record of a house on the site is a sketch from 1683, when the property was owned by the Pember family. In 1712, they sold the estate to the Foleys of Great Witley, near Worcester, wealthy ironmasters who owned several important Herefordshire estates.

In about 1715, they rebuilt the rambling medieval and Tudor house at Newport, creating the south front of the house, its parkland setting and the huge, walled kitchen garden. Its architect is unknown, but was probably a stonemason or builder from Hereford or Worcester. The gardens are thought to date from the 1760s. 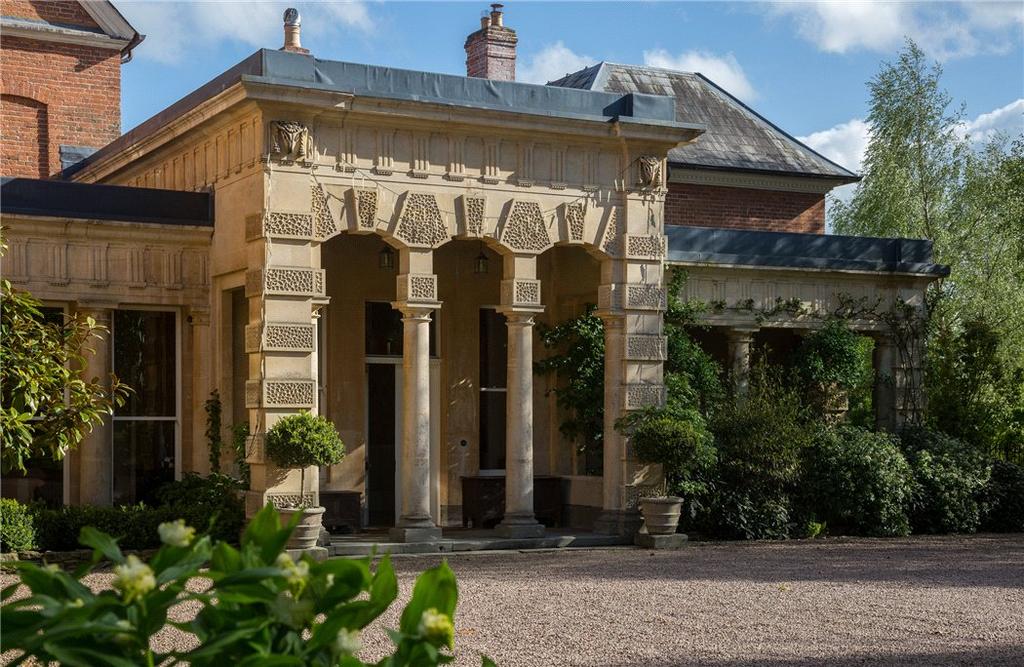 For much of the 19th century, occupants of Newport House – some short-term owners, some tenants – came and went, until, in 1863, the Foleys sold the estate to James Gibson-Watt, grandson of James Watt, the pioneer of steam power, who extended the house and rearranged the interior, adding the double-height staircase hall, with its grand wooden staircase, stained glass panels and top lantern. He also improved the gardens, with advice from William Andrews Nesfield, one of the leading landscape designers of the day.
Gibson-Watt lived at Newport for 10 years, before letting the house to a succession of tenants, the last of whom was the Rev Richard Vigors, who built the Victorian stable block.

In 1909, the 3,890-acre estate was sold to James Collett-Mason, who redesigned the gardens and planted the yew walk that leads down to the lake. In 1916, however, he sold off many of the outlying farms, followed, in 1919, by the rest of the estate. It was bought by Herefordshire County Council, which converted the main house into a TB hospital and split the land into smallholdings for letting to soldiers returning from the First World War. After the Second World War, the house became a home for Latvian refugees until, in the early 1990s, it was sold with its immediate garden to property developers. 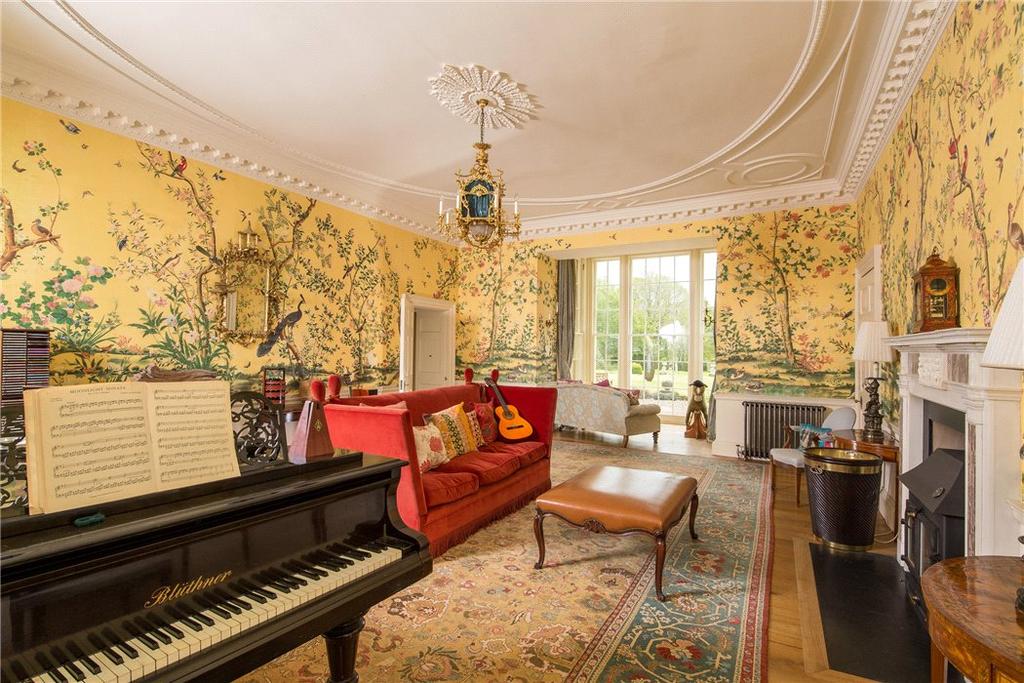 Fortunately, plans to develop the house and outbuildings failed to materialise and, in 2000, Richard Goode and his wife, Cary, a garden designer, bought Newport House and spent the next four years restoring it as a family home. They rebuilt the chimneys, re-roofed and rewired throughout, installed bathrooms and heating systems and reinstated the interior layout. By 2004, the Goodes were ready for their next challenge – a farm four miles away.

Enter the Crichton Watt family (no relation to Gibson-Watt): David, a successful hedge-fund manager based in Kuala Lumpur, his wife, Jenny, and their three daughters. They were living at the time in Malaysia and looking to buy a house in England. Newport House was the first place they saw and they decided to buy it on the spot, moving there permanently in July 2006. Their fourth daughter, Anna, was born at the house in February 2008. 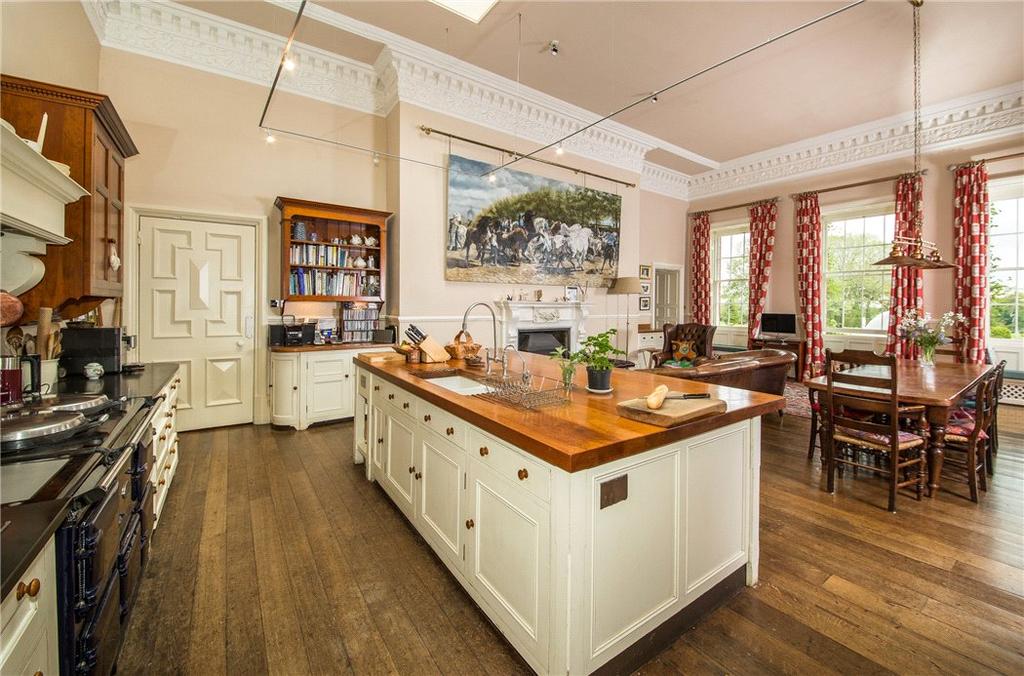 ‘Newport House seemed to tick all the boxes. It was such a pretty house, standing in the centre of its grounds, with no overhead electric wires, no roads, lovely views and little or no work to be done—or so we thought,’ Mrs Crichton Watt recalls. In reality, they found themselves redecorating every room in the house.

In 2006, when the council offered the semi-derelict, 2½-acre walled kitchen garden for sale, the couple snapped it up, adding it to their 28 acres. Three years later, they added a further 90 acres of woodland and 300 acres of tenanted farmland, thereby reuniting the core of the historic estate for the first time in almost a century. 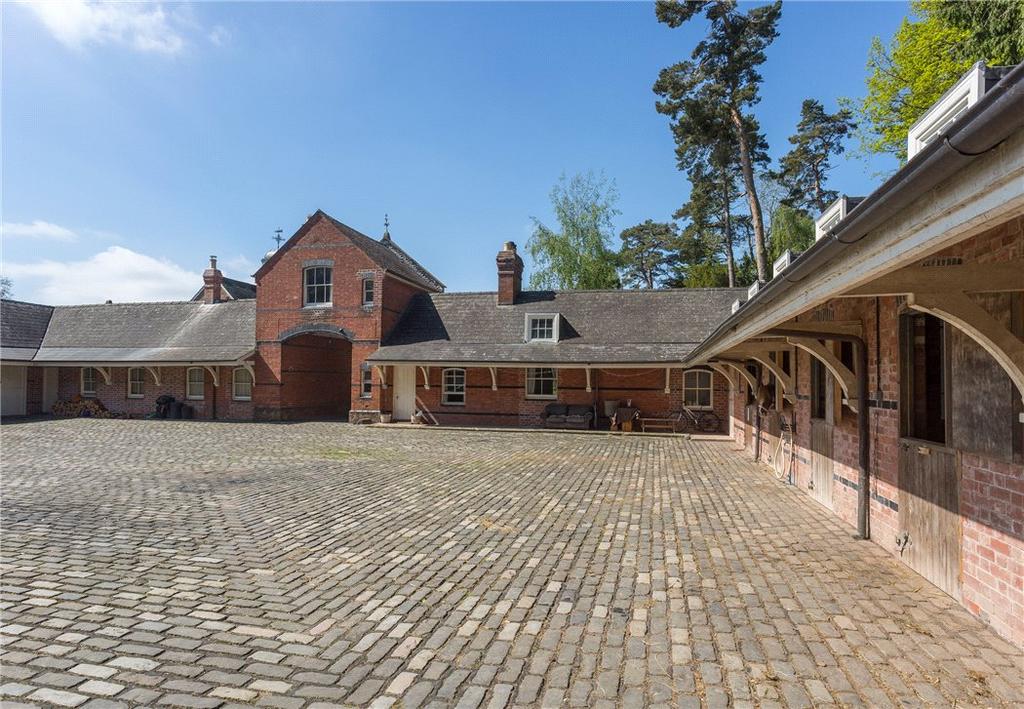 From then on, Miss Felus observes, ‘despite the distance from his work base in Kuala Lumpur, David Watt initiated project after project – in both the house and garden – coming up with the vision and then overseeing the execution with a sharp eye for detail’. The Crichton Watts will leave behind a legacy of craftsmanship designed to last 100 years, notably in the splendid enfilade of main reception rooms along the southern façade of the house, where high sash windows in the drawing room, library, dining room and music room take full advantage of the views over the gardens and the lake beyond.

Newport House is on the market with Knight Frank at a guide price of £10 million – see more details and pictures.

George Plumptre enjoys the grounds of a Tudor farmhouse that was the former home of Lord Baden-Powell. Photographs by Clive