The 17th century Gwysaney Hall is one of the most extraordinary privately-owned homes in Wales, full of history – and while it's in splendid nick today, a couple of of hundred years ago it was terribly neglected as Penny Churchill explains.

The last time that Grade II*-listed Gwysaney Hall and its 1,640-acre estate near Mold, Flintshire, was seen on the open market was in 2009, when the credit crunch put paid to any realistic chance of securing the sale of the estate as a whole.

This time around, owner Richard Davies-Cooke and his family, whose ancestors have owned Gwysaney for more than 450 years, plan to ensure the estate’s long-term future by selling the hall, set in 26 acres of landscaped gardens, grounds, woodland and paddocks. It is for sale at a guide price of £2.75 million through the Chester office of Strutt & Parker. 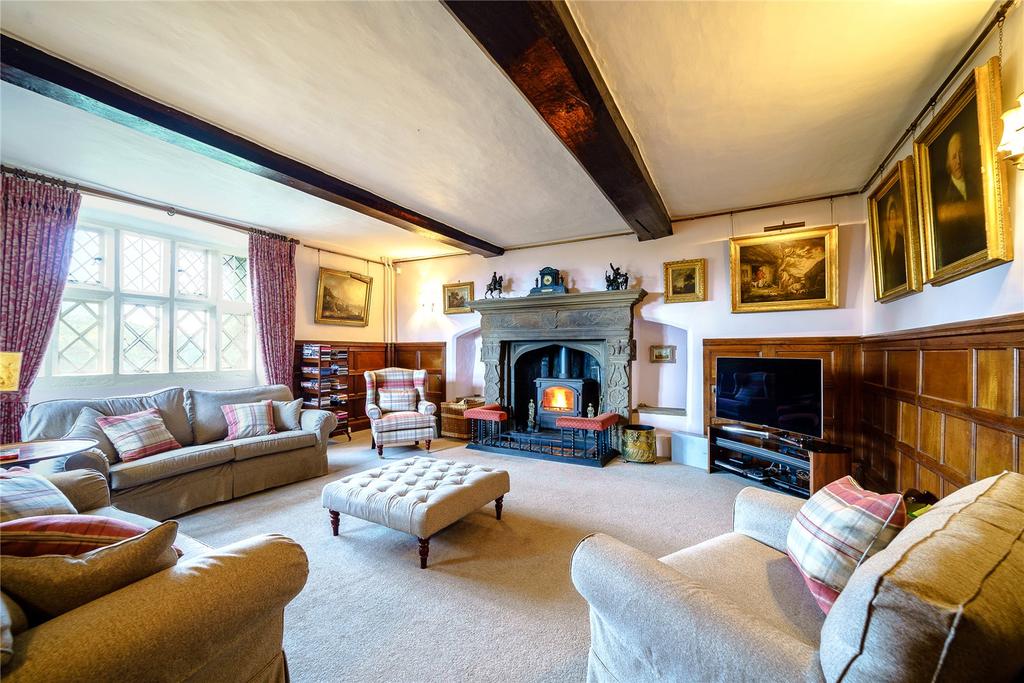 Few historic Welsh houses can boast a history as rich or as well-documented as that of Gwysaney, which was summed up by Christopher Hussey in Country Life (May 14 and 21, 1943): ‘The story of Gwysaney’s ups and downs — built under James I, battered by the Roundheads, little valued and deserted by the family for 200 years, then repaired, and now a cherished home again — is typical of many an old house.’

Gwysaney Hall stands high on a 600ft plateau overlooking the Dee estuary, with far-reaching views across the estuary and the Wirral peninsula to Liverpool, 17 miles away; on a clear day, you can even see the Cumbrian hills. 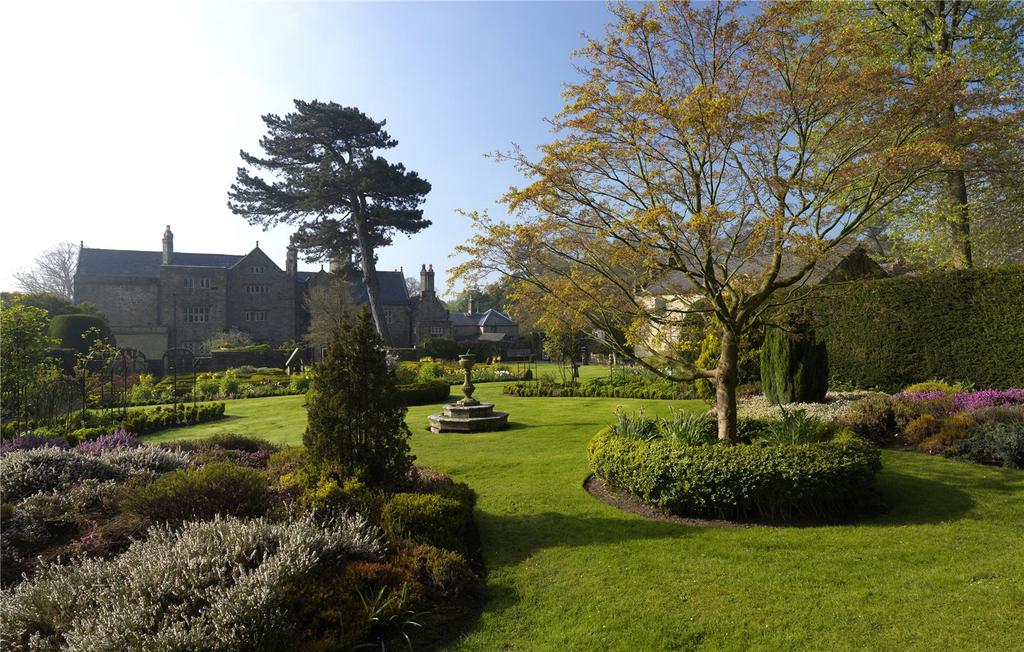 It might have been neglected at one point in its history, but for the last couple of hundred years the hall has been cherished by successive generations of the Davies-Cooke family and, today, as it returns to the market for only the second time in its long history, the house has never looked so well. 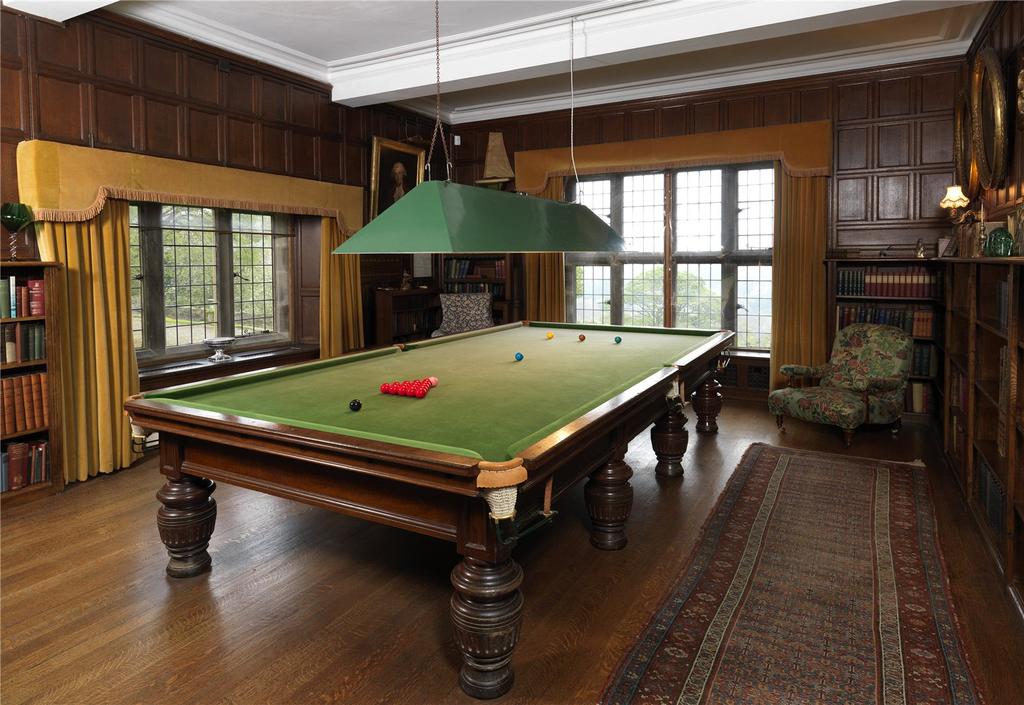 The front door leads to a fine panelled reception hall, which was part of the original house. A panelled drawing room with a wide, square bay window at one end gives wide-ranging views over the adjoining parkland and beyond. 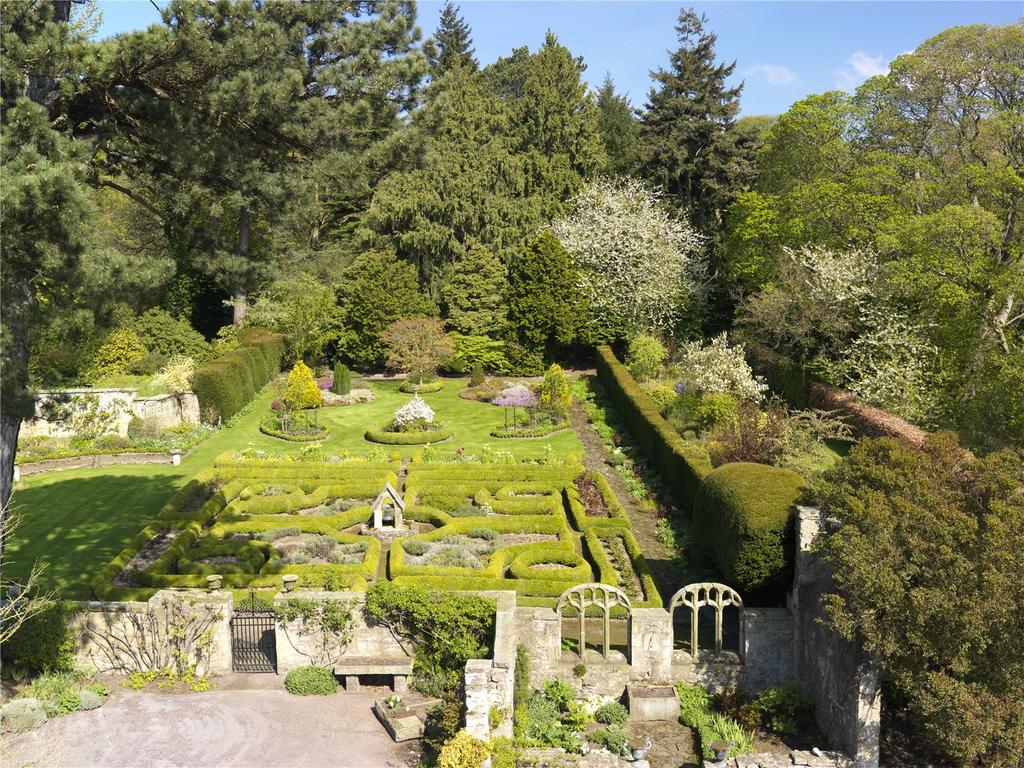 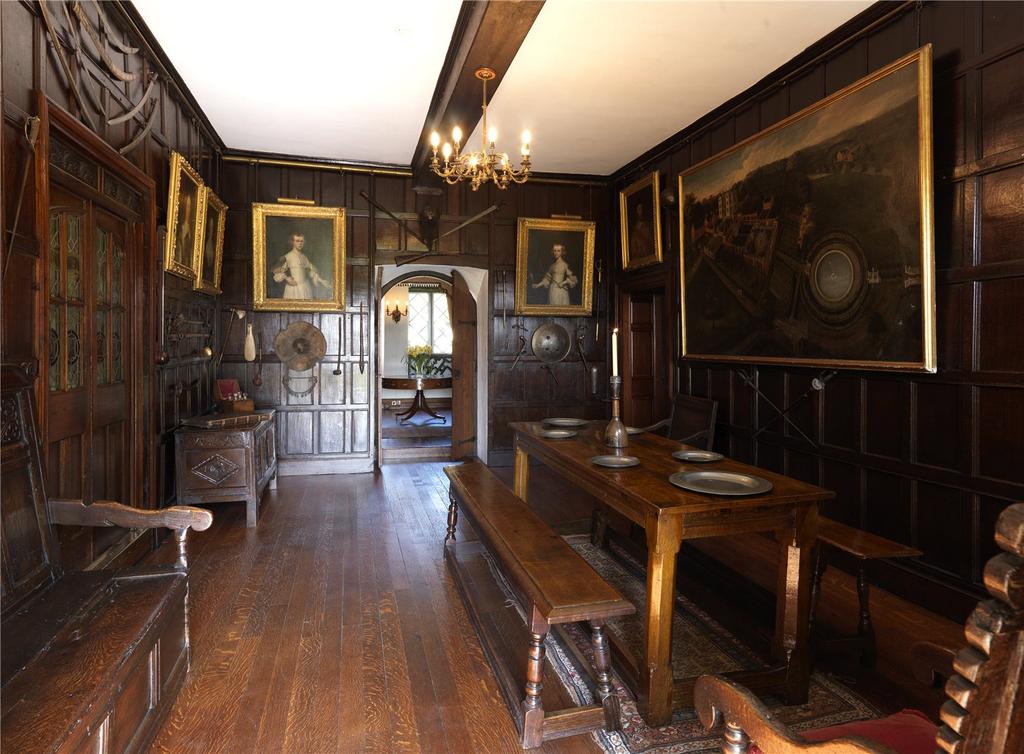 The everyday reception rooms at the front of the house include a sitting room, with a massive carved stone chimneypiece, part-panelled walls and a window seat, and a study, with an ornate carved chimneypiece, both of which have wonderful views.

The impressive dining room has a fine stone arched recess at one end. Doors from the central corridor lead to a large kitchen/breakfast room, with a beamed arch opening into a secondary kitchen; a stone floor with underfloor heating runs throughout the kitchen and garden room. Such modern touches can be found in many parts of the home, as the bathrooms demonstrate. 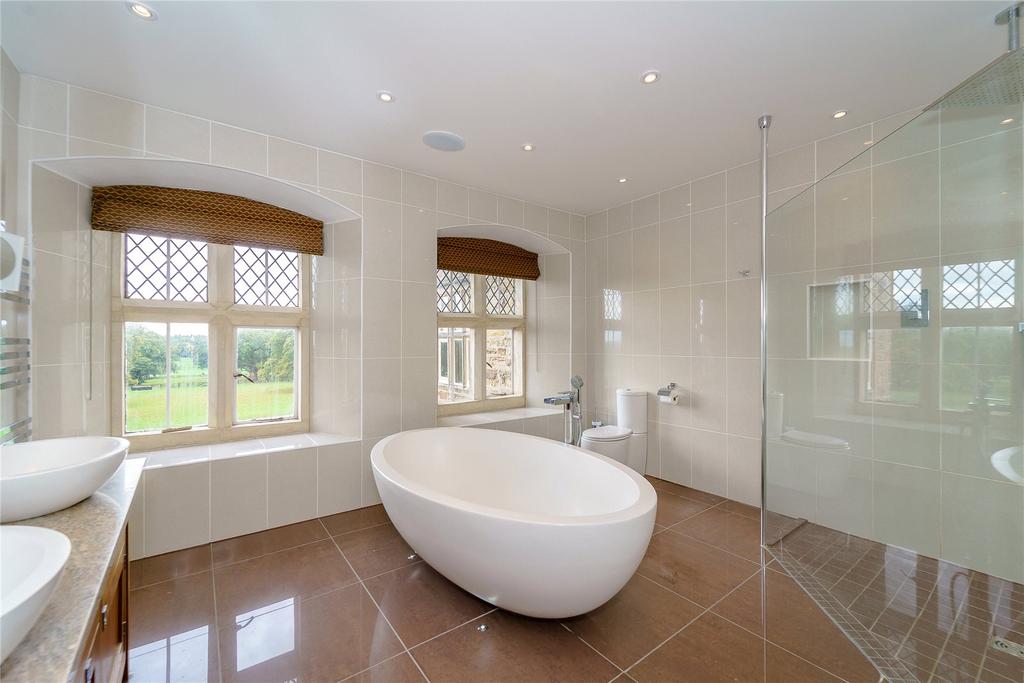 Upstairs, the central landing leads to a large bedroom with a date stone of 1603. The master bedroom, accessed through a great oak door, is light and airy, with views of the front park and the Cheshire Plains. 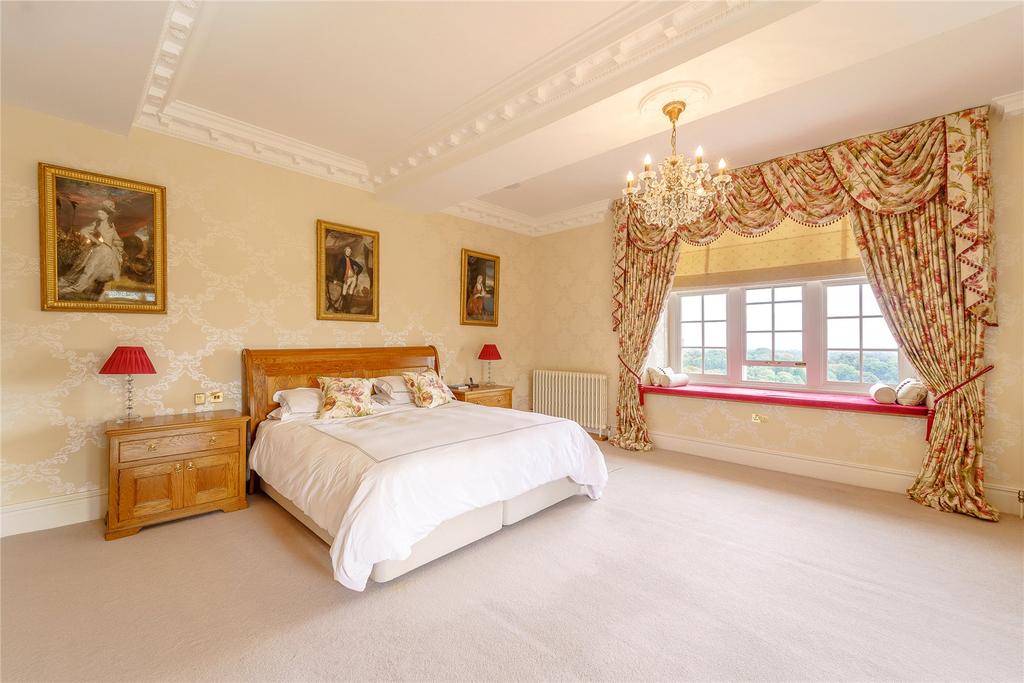 Included in the sale are two three-bedroom cottages, five stables and an outdoor manège. 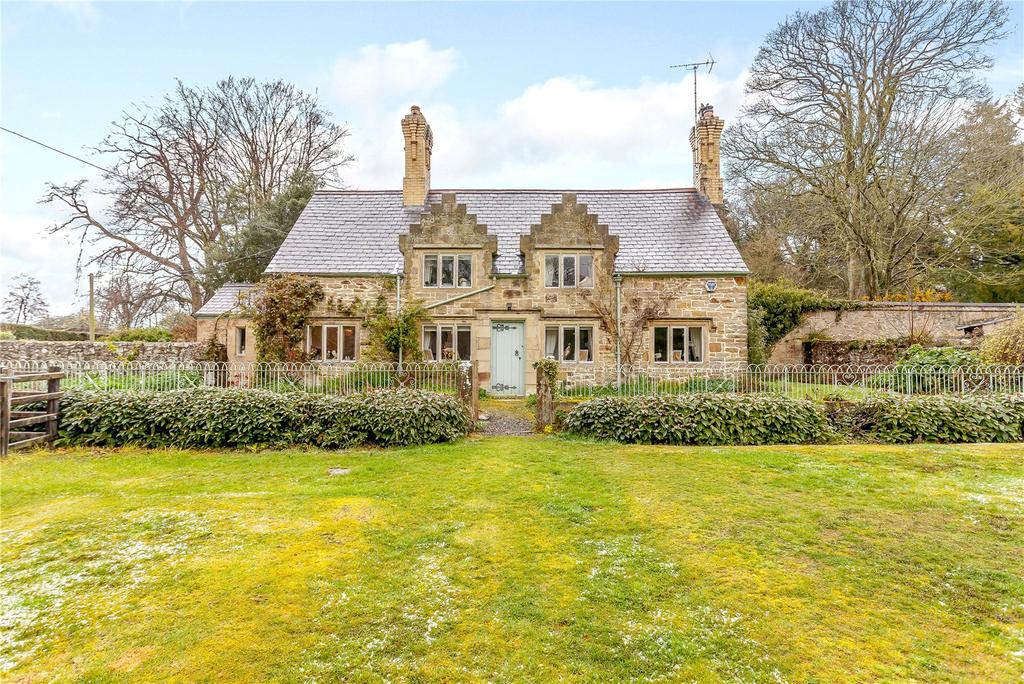 The garden, which dates mainly from the 1800s, lies mostly to the north, behind the house, where it merges into a large arboretum developed from 1820 onwards.

The Chapel Garden on the east front includes a former chapel once attached to the hall, with original walls and stone-mullioned windows. There’s also a colourful rose garden, a dramatic water garden, a former walled garden and a kitchen garden. 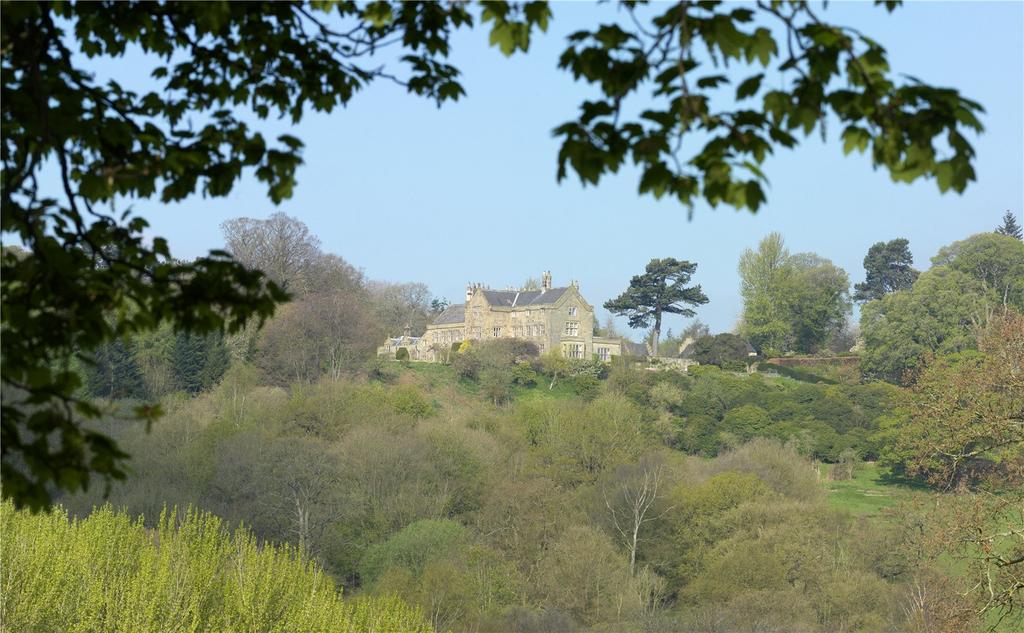 According to Christopher Hussey’s 1943 articles, the Hall one of several important houses around Mold that were built by Flintshire squires in the Elizabethan period or early in the 17th century.

The present hall is thought to have been built near the site of an earlier, 16th-century house by Robert Davies in 1603. Its original H-shape design is said to be similar to that of the vanished mansion of Llannerch at St Asaph in the nearby Vale of Clwyd, built by Sir Peter Mutton, Chief Justice of Wales, at about the same time as Gwysaney.

In about 1640, Robert Davies married Sir Peter’s elder daughter, Anne, who brought him Llannerch as part of her dowry. Davies celebrated their marriage by installing a new front door at Gwysaney, decorating it with his initials and those of his bride. Five years later, the lower part of it was battered to bits by Sir William Brereton’s Roundheads, forcing its Royalist garrison to surrender. 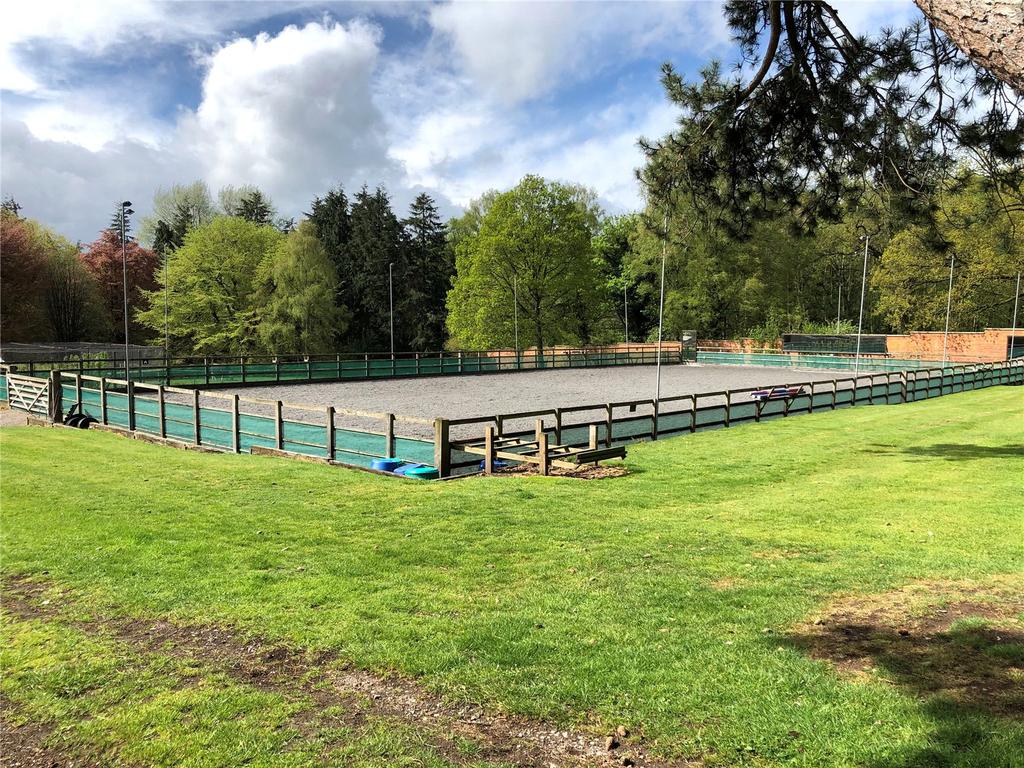 The damage done to his home by the Parliamentarians was probably the reason why Davies moved to Llannerch and why his son, Mutton, made the elaborate terrace garden there instead of at Gwysaney.

In any event, the old hall remained out of favour throughout the 18th century, which no doubt contributed to its condition in about 1820, when the east wing, which overhung a steep slope and included a chapel, threatened to collapse and was taken down, together with the top storey. 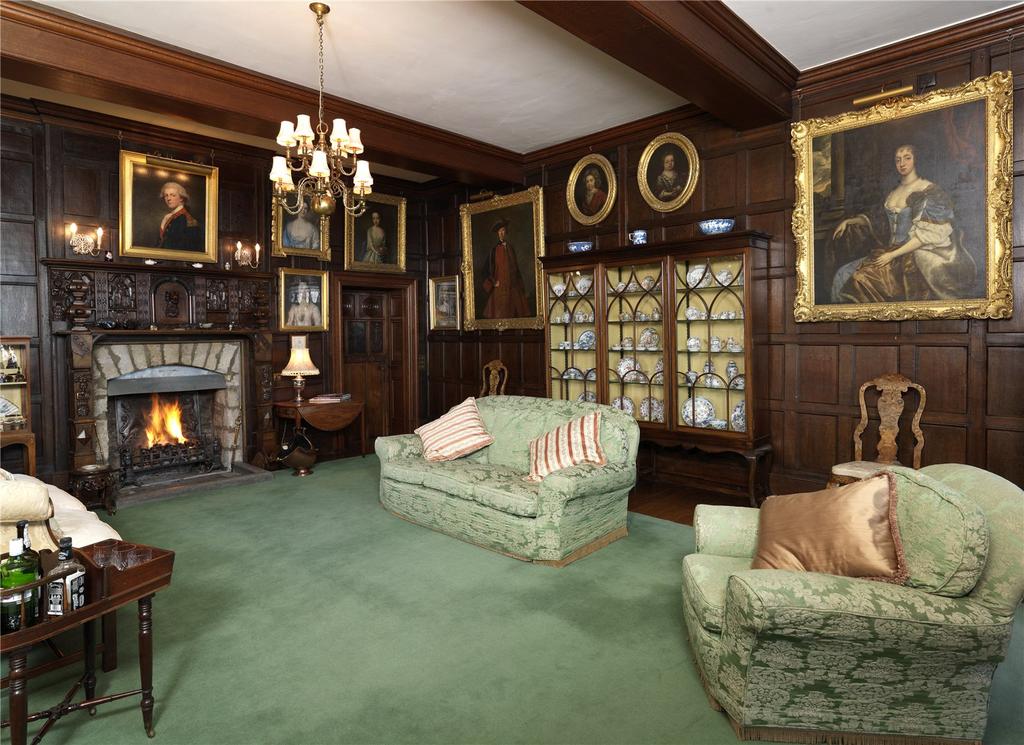 By this time, Gwysaney had passed to the Davies-Cooke family of Owston, near Doncaster in South Yorkshire, but it was only when Philip Bryan Cooke married the daughter of the renowned Sir Tatton Sykes of Sledmere in 1862 that Gwysaney was again considered as a suitable home for the elder son. The reclaimed stone from the rooms that had been pulled down a generation before served to build a new wing on the west side of the house.

Gwysaney Hall is for sale at a guide price of £2.75 million through the Chester office of Strutt & Parker – see more details and pictures.