A wonderful country house in the heart of Dorset's Hardy Country has come to the market. Penny Churchill explains more.

The camellias are already blooming in the West Country, where one of the region’s lesser-known, but most appealing, country houses has come up for sale for the first time in more than a generation.

The secluded, Grade II-listed The Manor House at Glavilles Wootton stands in some 88 acres of lush parkland and pasture, gardens and woodland to the east of the village, seven miles south of Sherborne and 12 miles north of Dorchester in the heart of Dorset’s Hardy Country. It’s for sale for the first time since 1985, at a guide price of £4.75 million, through Strutt & Parker and Symonds & Sampson.

This exquisitely symmetrical Georgian manor house, which incorporates an earlier 17th-century house, has been restored, redecorated and improved by its present owners during their 35-year tenure.

Set in an area renowned for growing timber, notably oak and elm, the quiet village of Glanvilles Wootton — the name of which derives from the ‘wooded place’ mentioned in Domesday and that of the de Glannvyl family who held the manor in medieval times — has long been the centre of a prosperous farming community. To the north and east is the dairy farming country of the Blackmore Vale and, to the west, open chalk downland, with Dorset’s famous Jurassic Coast some 20 miles away. No ‘pigs, planes or pylons’ mar the landscape in these parts. 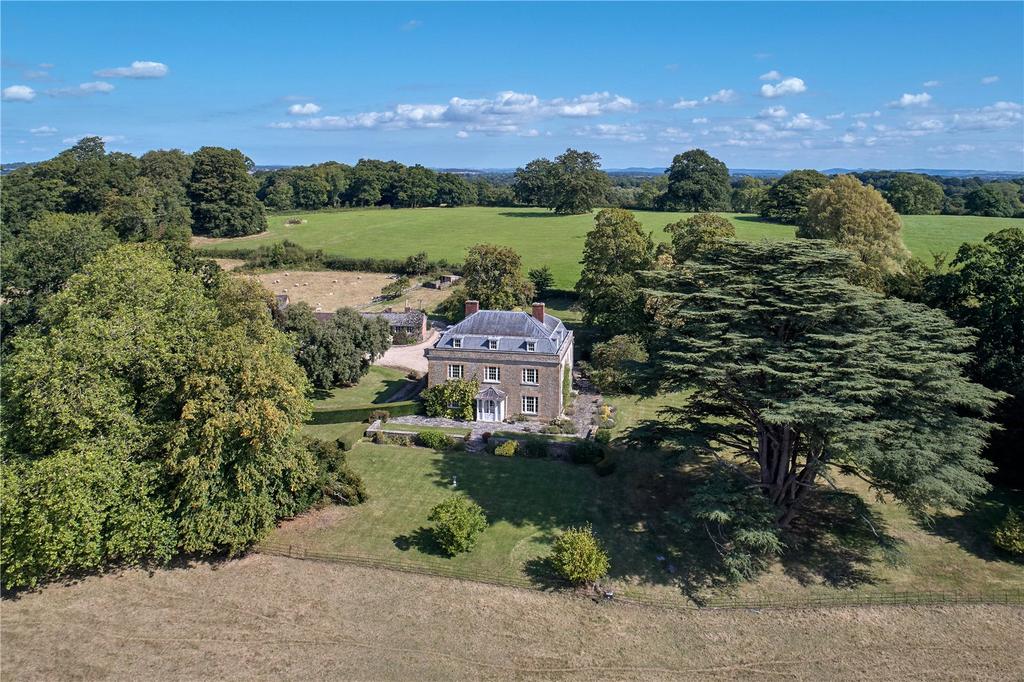 Approached through its park and set within undulating pasture and woodland, The Manor House is the epitome of architectural elegance, with the tall sash windows and symmetrical elevations of the Georgian section blending seamlessly with the stone mullioned and leaded lights of the adjoining earlier house. 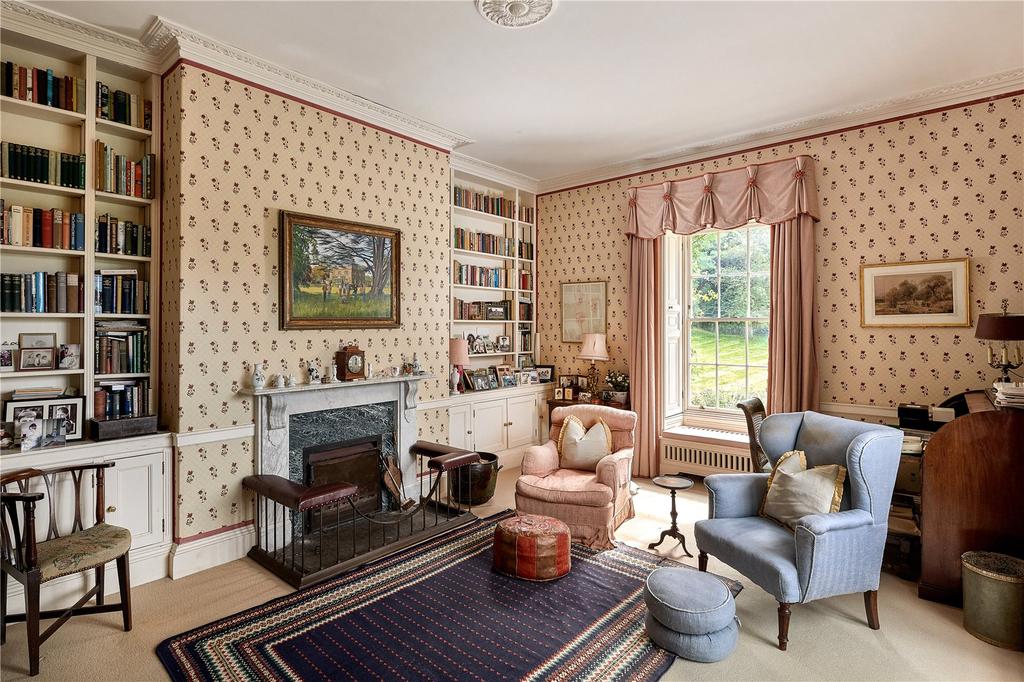 Inside, the double-height Elizabethan reception hall, with its inglenook fireplace and broad oak staircase, creates a feeling of space. It opens into the striking circular hall, from where the principal rooms — the drawing room, dining room and sitting room — revolve. 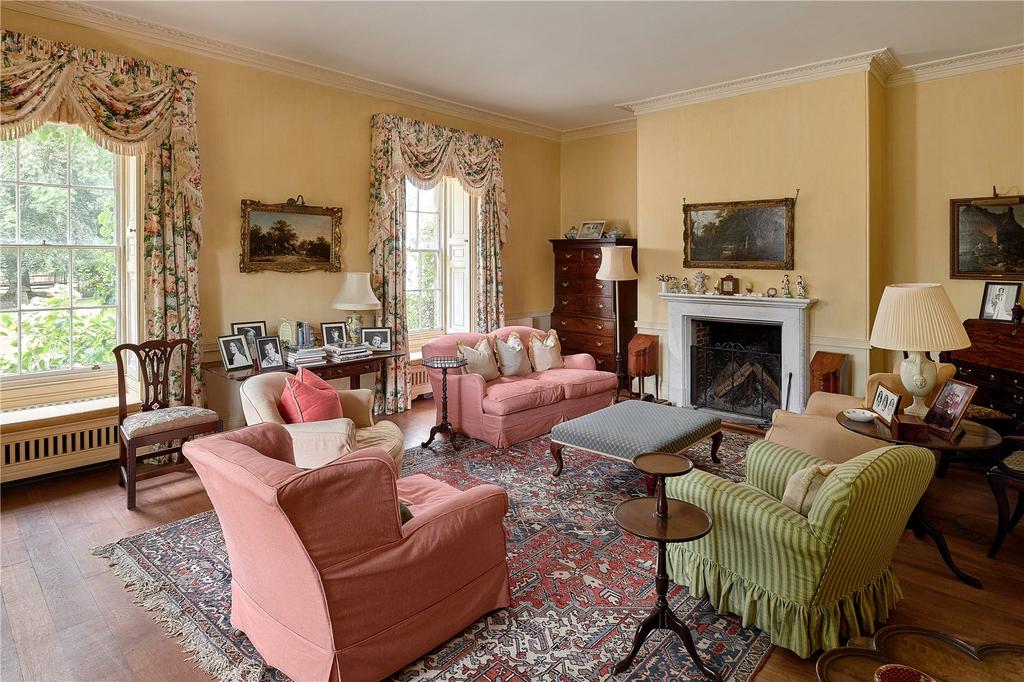 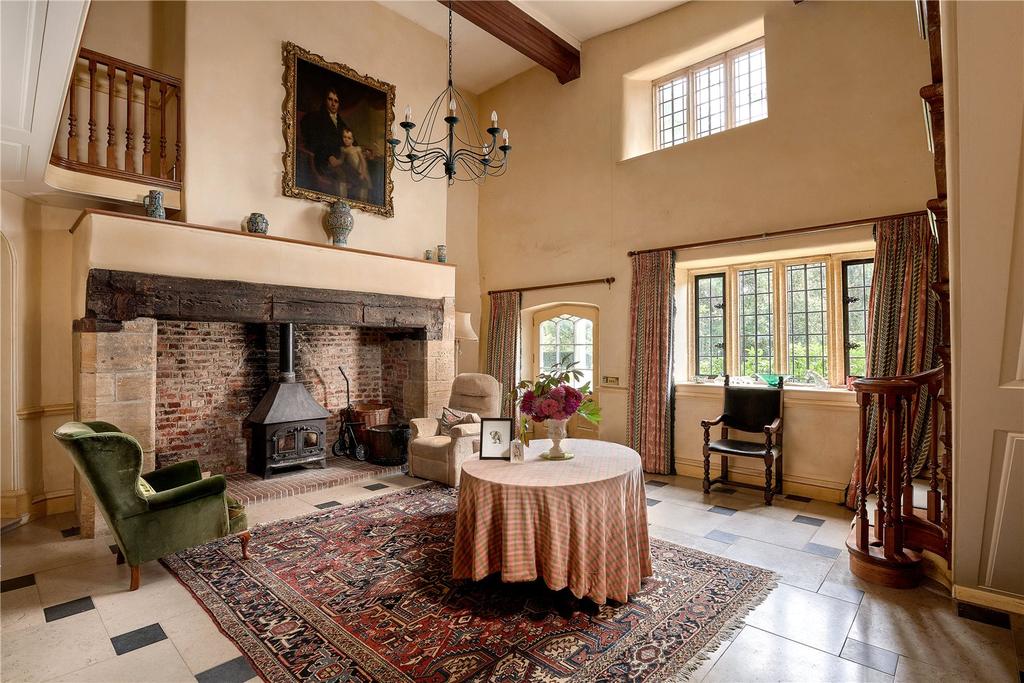 It comes with a two-bedroom cottage and an extensive range of outbuildings, including a coach house, garaging, stables and a barn. Established gardens, separated from the parkland by railings, surround the house. 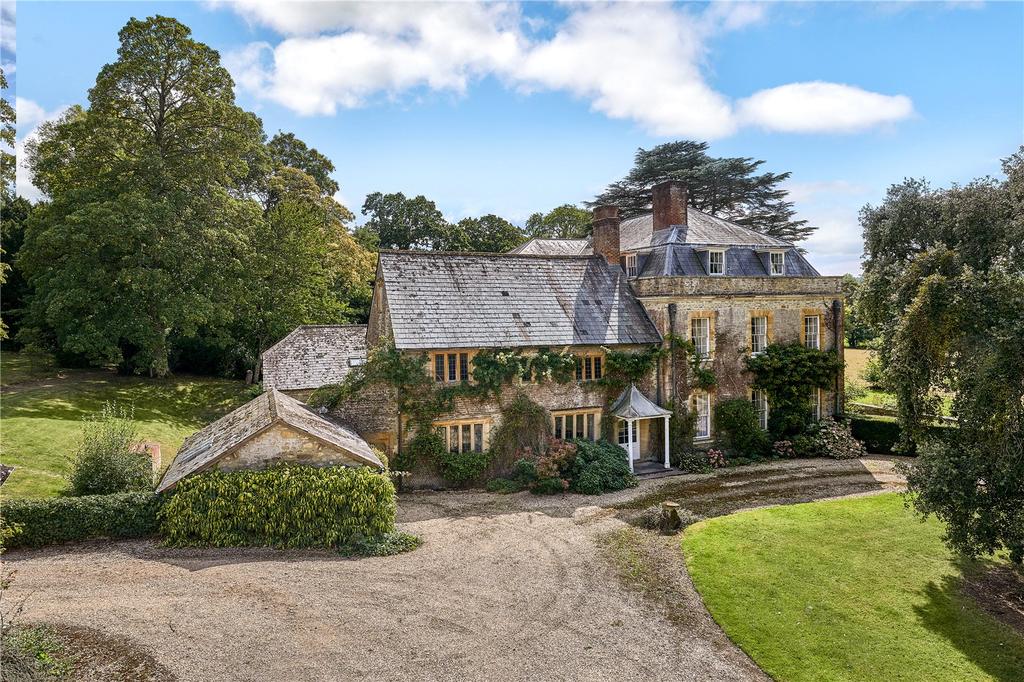 The grounds are scattered with some magnificent trees — beech and Holm oaks, London plane, limes and a towering cedar. A clipped yew hedge bounds the drive and the lawns that sweep around the south-west façade.

A wide flagstone terrace borders the house, with scent and colour provided by lavender, hydrangea and fuchsias. 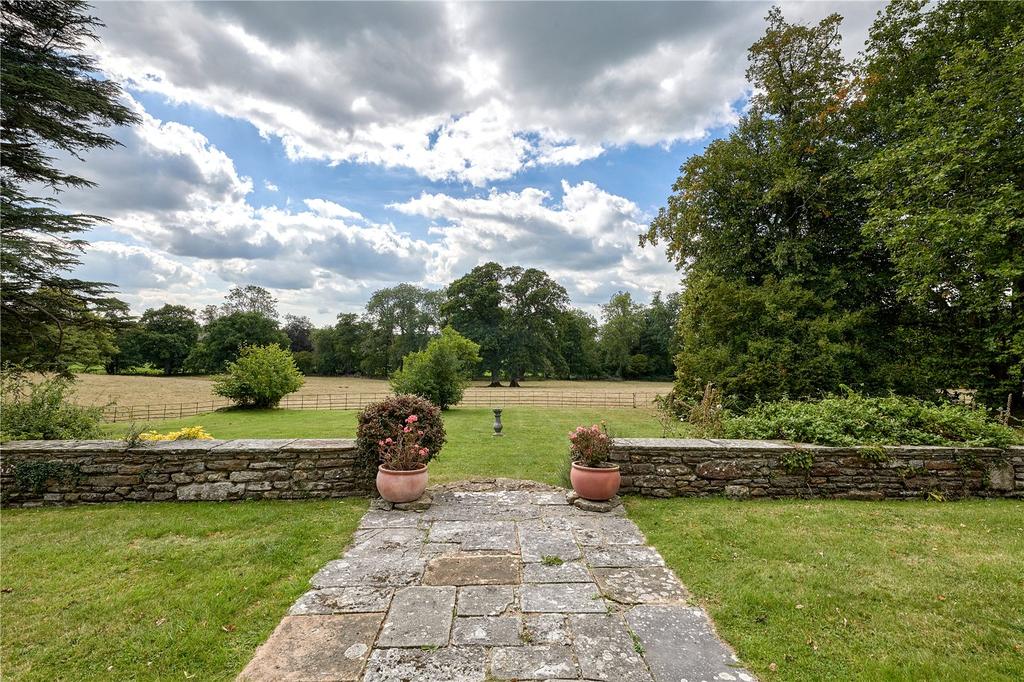 If self-sufficiency is the dream, the walled garden offers vegetable beds, soft fruit cages and a flower/cutting garden alongside a greenhouse and cold frames. 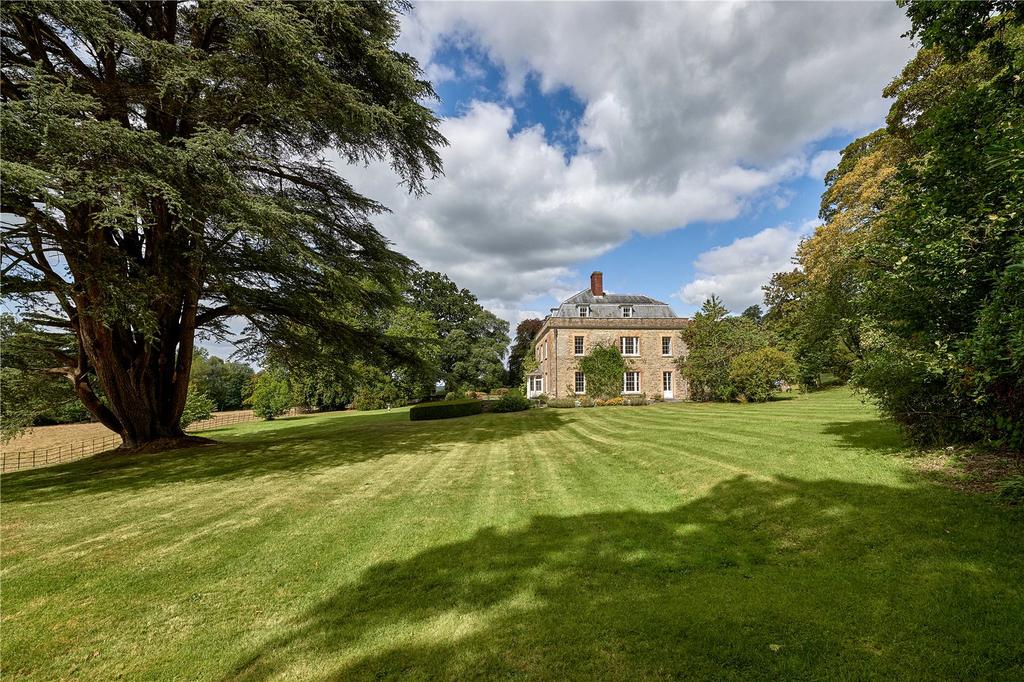 The original 17th-century section of The Manor House was probably built by George Williams, scion of a Welsh landowning family that was long established in mid Dorset, In 1616, he inherited lands at Glanvilles Wootton and neighbouring Mynterne that he had previously leased from his father, Sir John Williams of Hersingston. 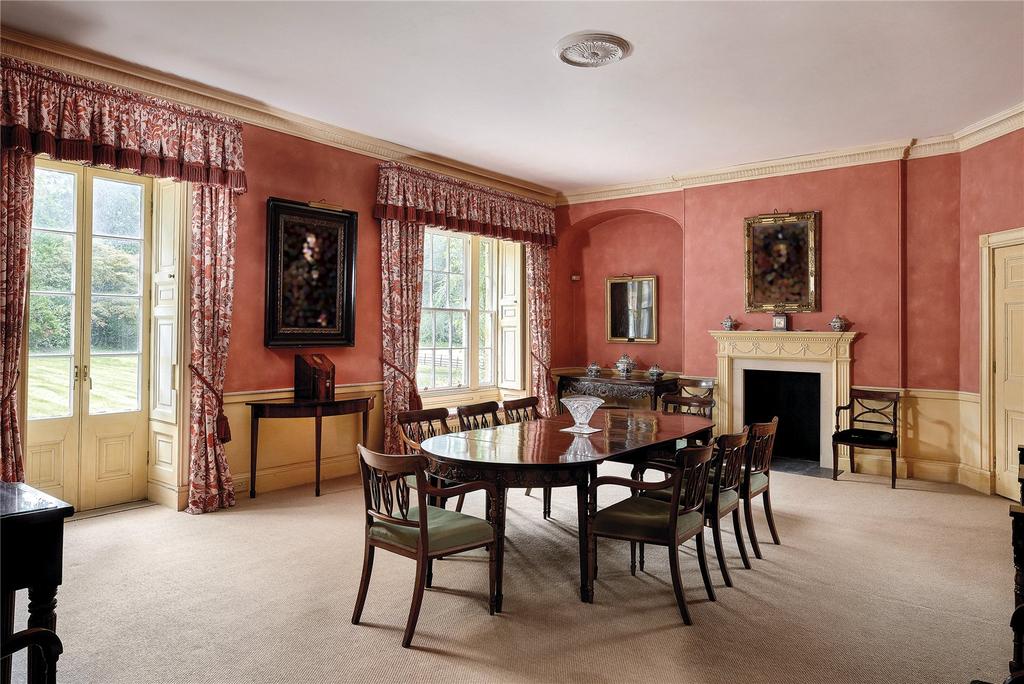 The Georgian main house was built in 1804 for landowner James Dale of Glanvilles Wootton, whose son, James Charles Dale, and grandson, Charles William Dale, were noted entomologists who recorded the history and insect life of the parish. 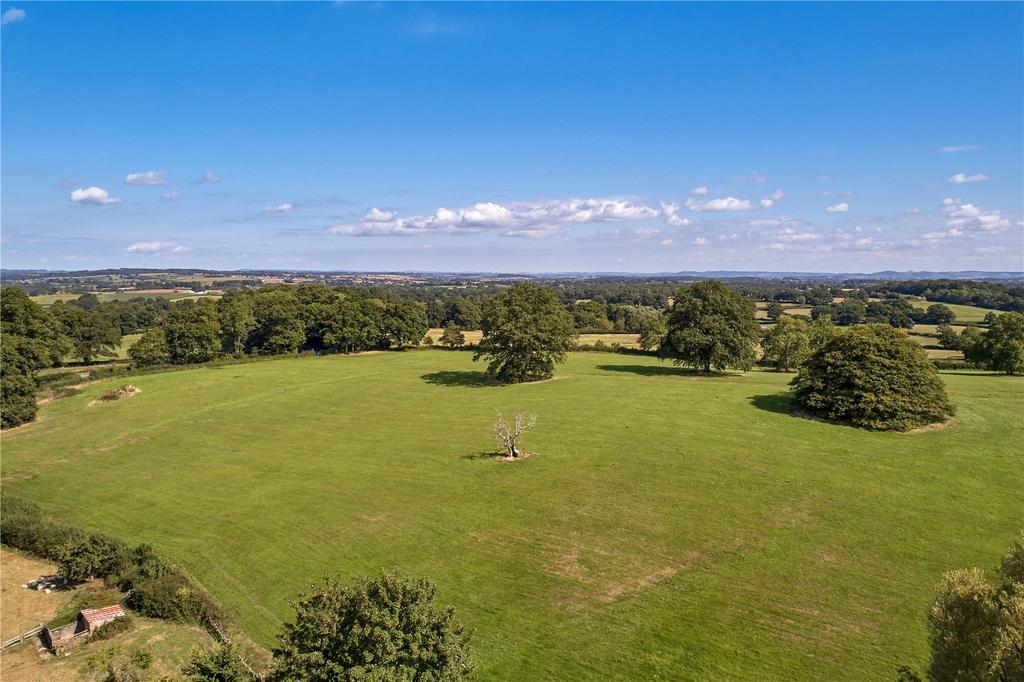 In the early 20th century, when Sir Ernest Debenham, of department-store fame, was busy buying up chunks of land in Dorset, Country Life (September 6, 1924) reported ‘the sale by private treaty of The Manor House, Wootton Glanvilles, a delightful old house in a park of 20 acres’, to an unnamed buyer. Although that buyer may not have been Sir Ernest, the sales details for The Manor House confirm that ‘during the 20th century it was home to a branch of the Debenham family from whom the property was purchased during the 1980s’.

The Manor House, Glanvilles Wootton, is for sale at £4.75 million — see more details and pictures.

Through the looking glass.